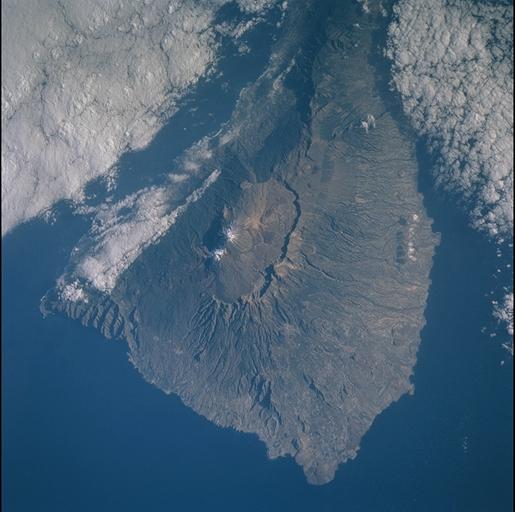 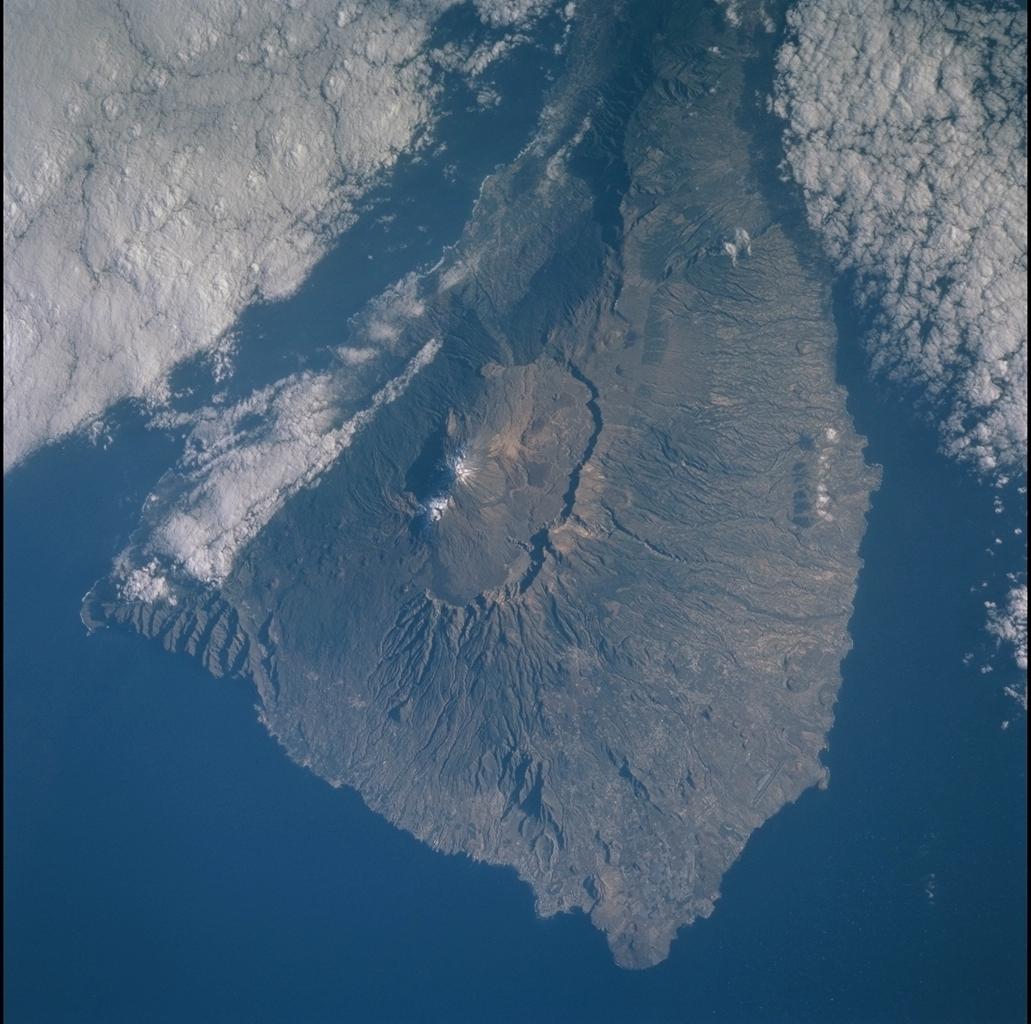 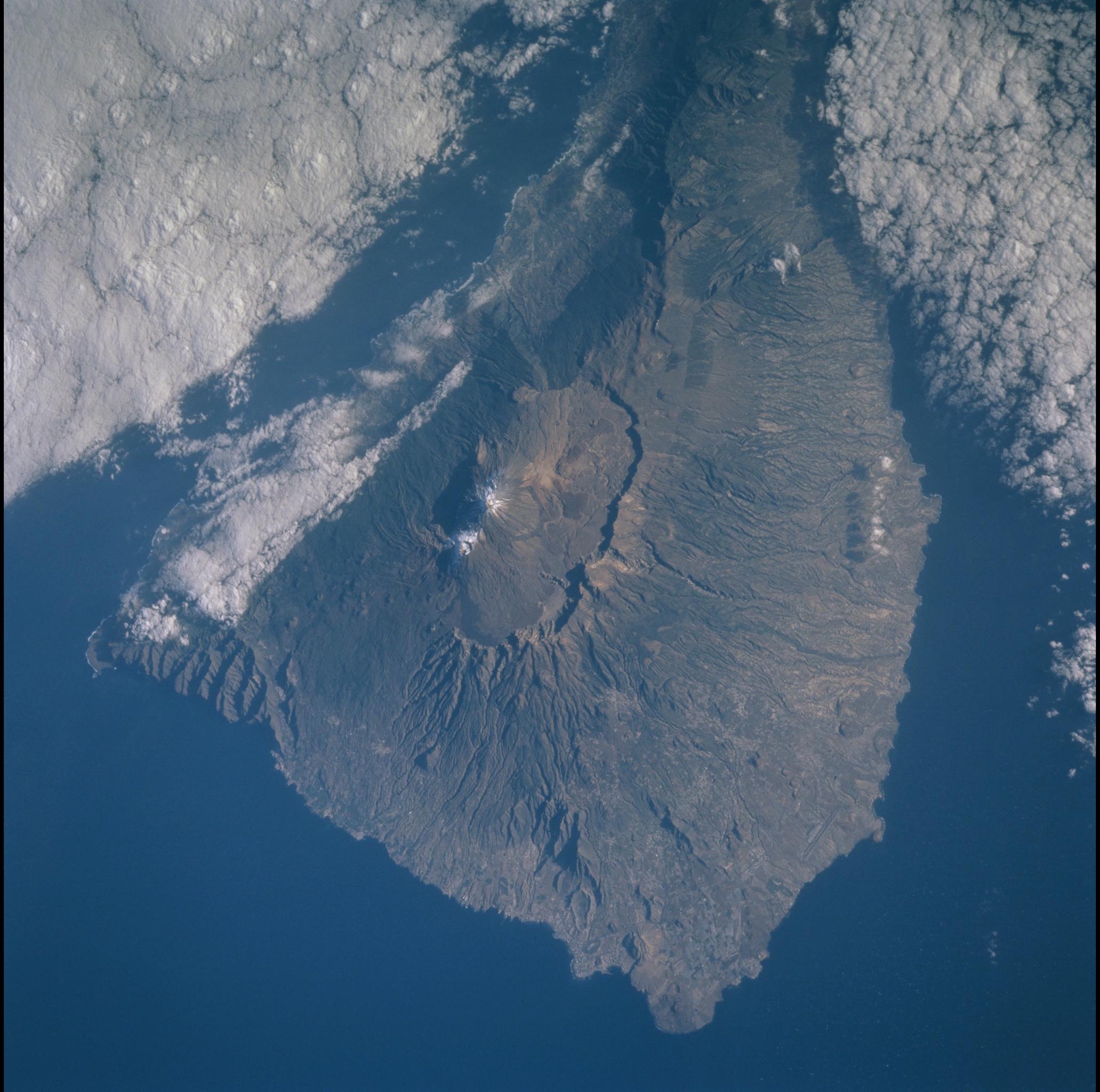 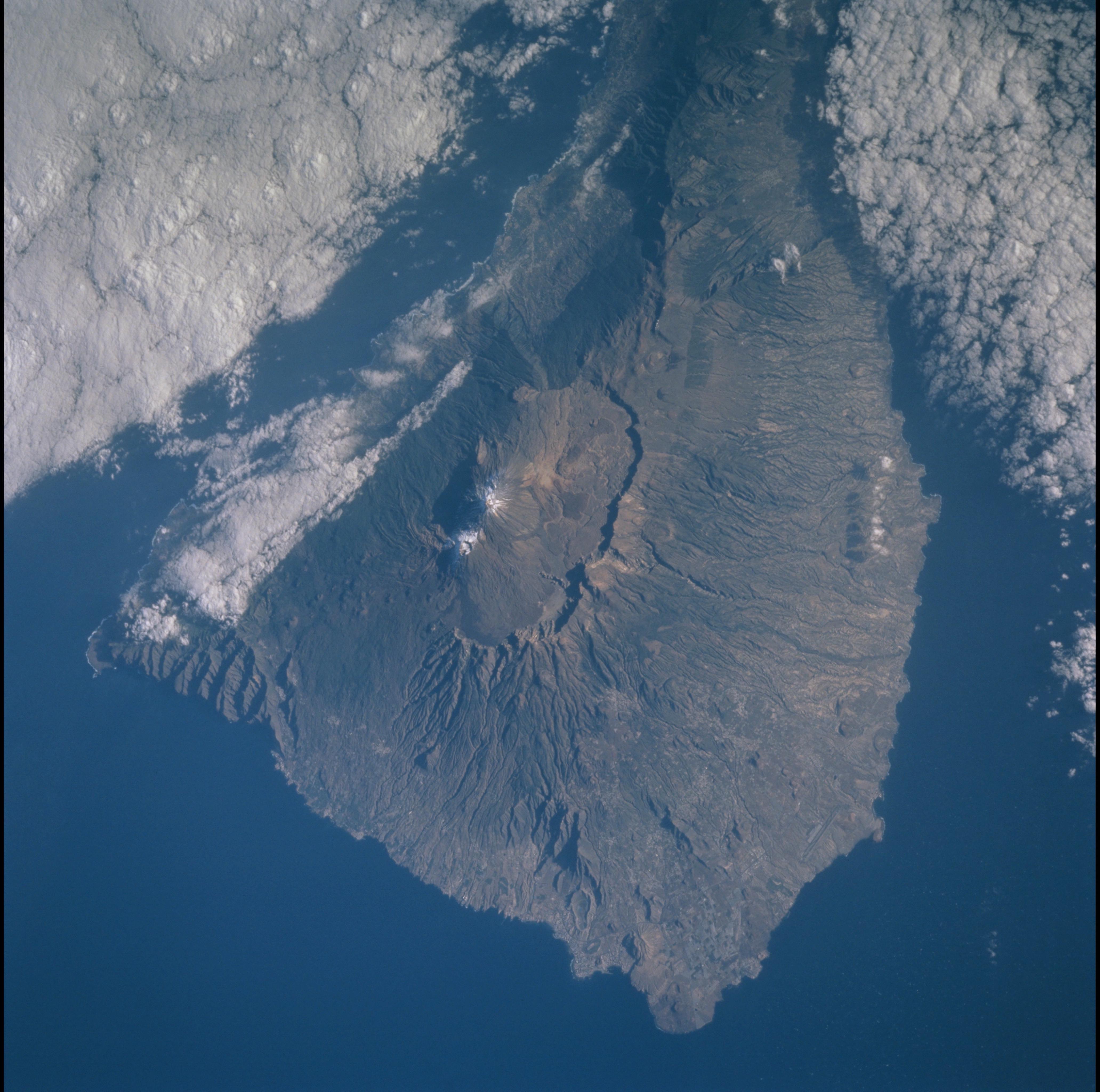 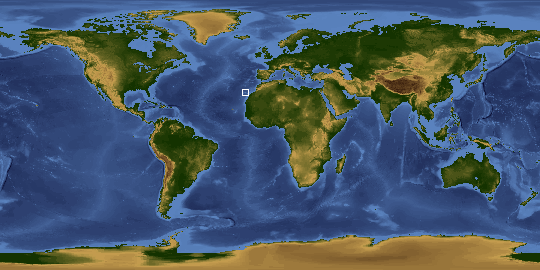 Other options available:
Download Packaged File
Download a Google Earth KML for this Image
View photo footprint information
Image Caption: Tenerife Island, the largest in the Canary Island archipelago, is approximately 50
miles (80 kilometers) long and 32 miles (54 kilometers) at its widest point. With
Pico de Teide, its volcanic peak, rising 12 198 feet (3718 meters) above the sea,
Tenerife has the distinction of having the highest elevation in the Atlantic Ocean.
This near-vertical photograph of the entire island, except for the northeastern tip,
showcases the prominent caldera, which measures approximately 10 miles (16
kilometers) by 7 miles (11 kilometers). Within the large caldera, young volcanic
cones and small craters rise from the older volcano that was probably destroyed
by a gigantic explosion millions of years ago. The classic radial erosion drainage
pattern is obvious around the old volcanic cone. The island, with its precipitous
coastline, has a mild and pleasant climate; however, it is subject to severe
drought and occasional tornadoes. The fertile soils produce a variety of crops-
date palms, grapes, fruits, sugarcane, grains, and cotton.