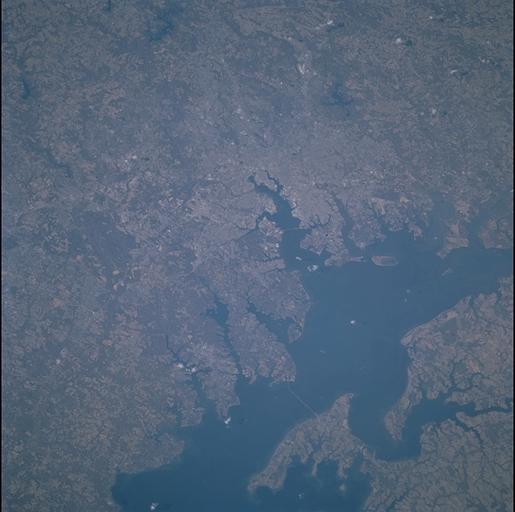 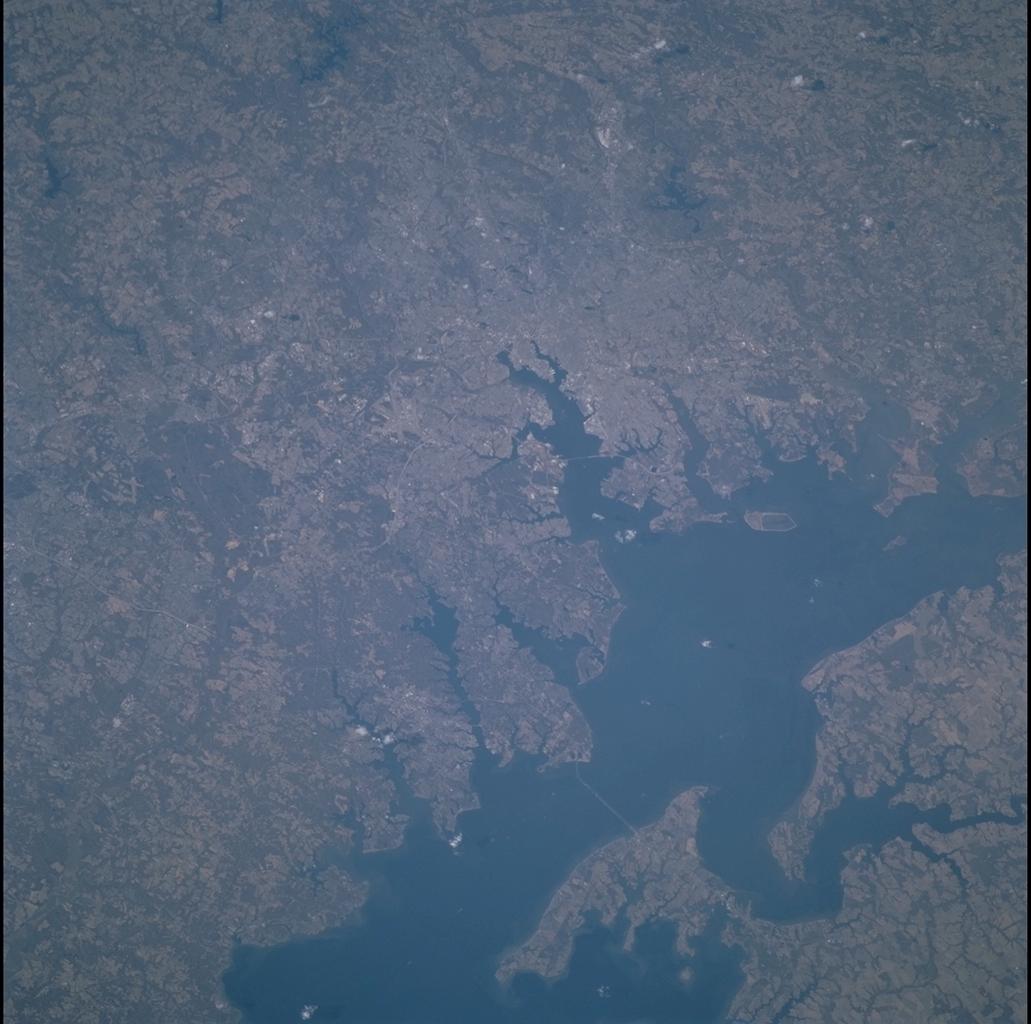 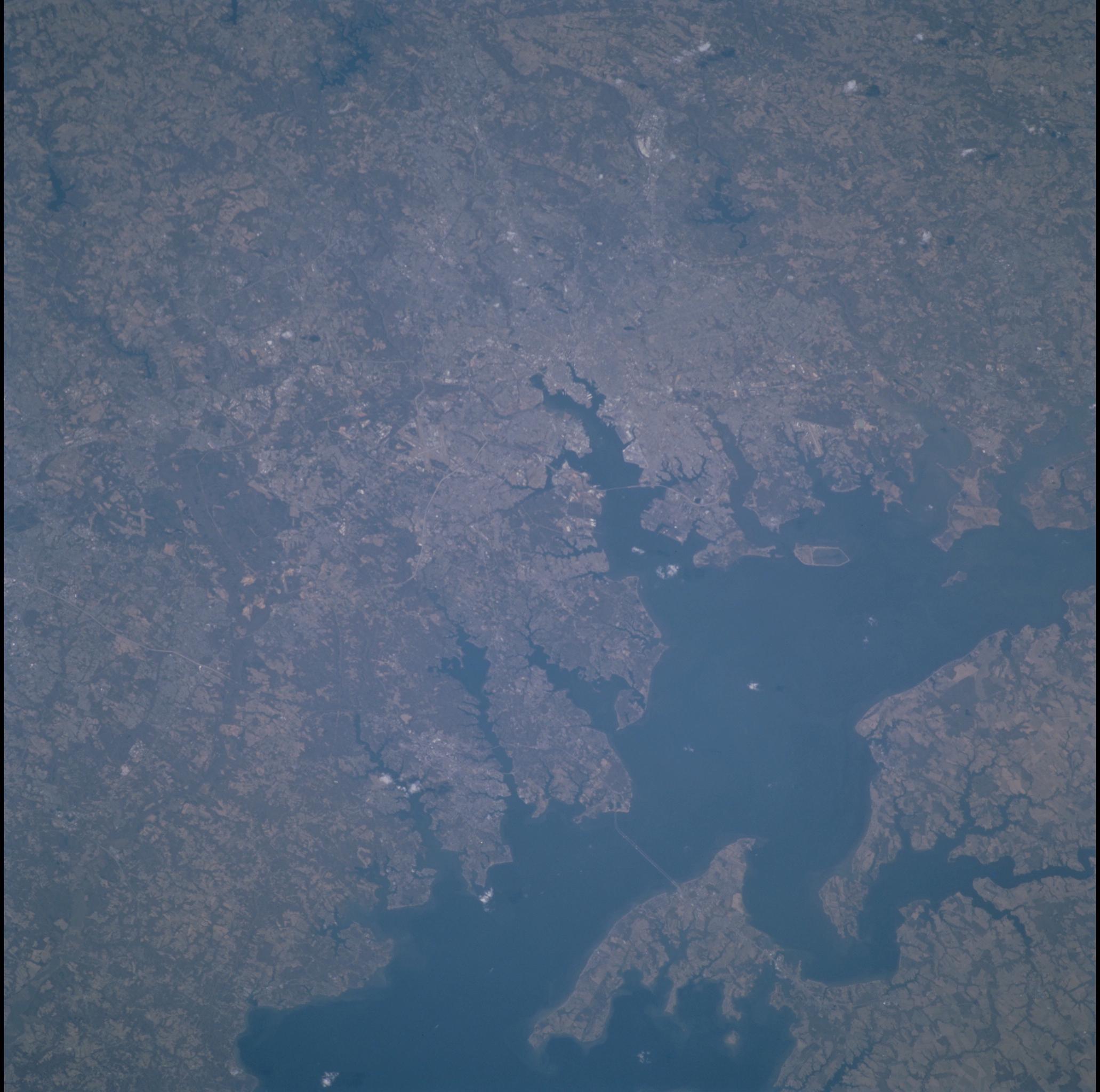 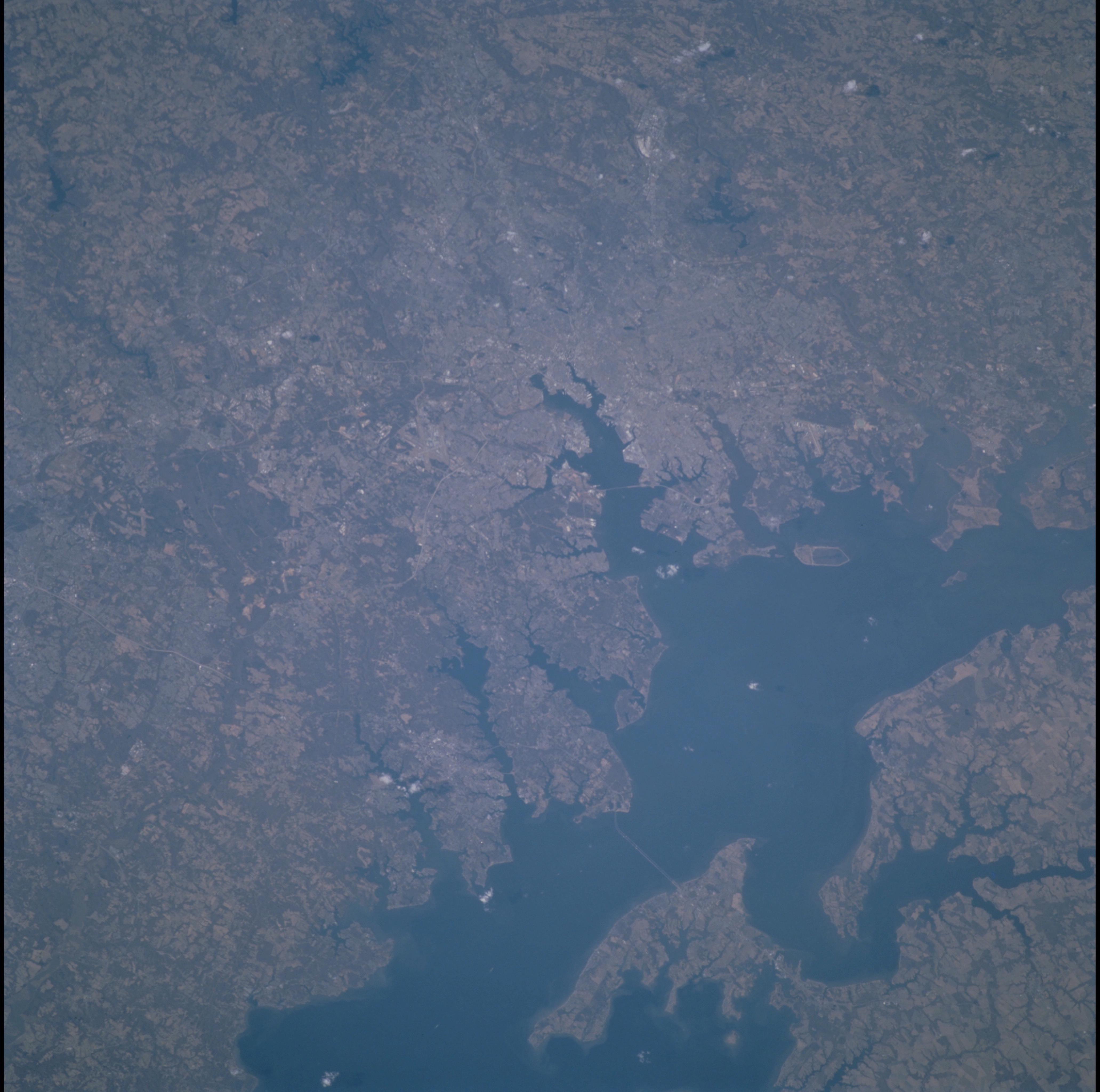 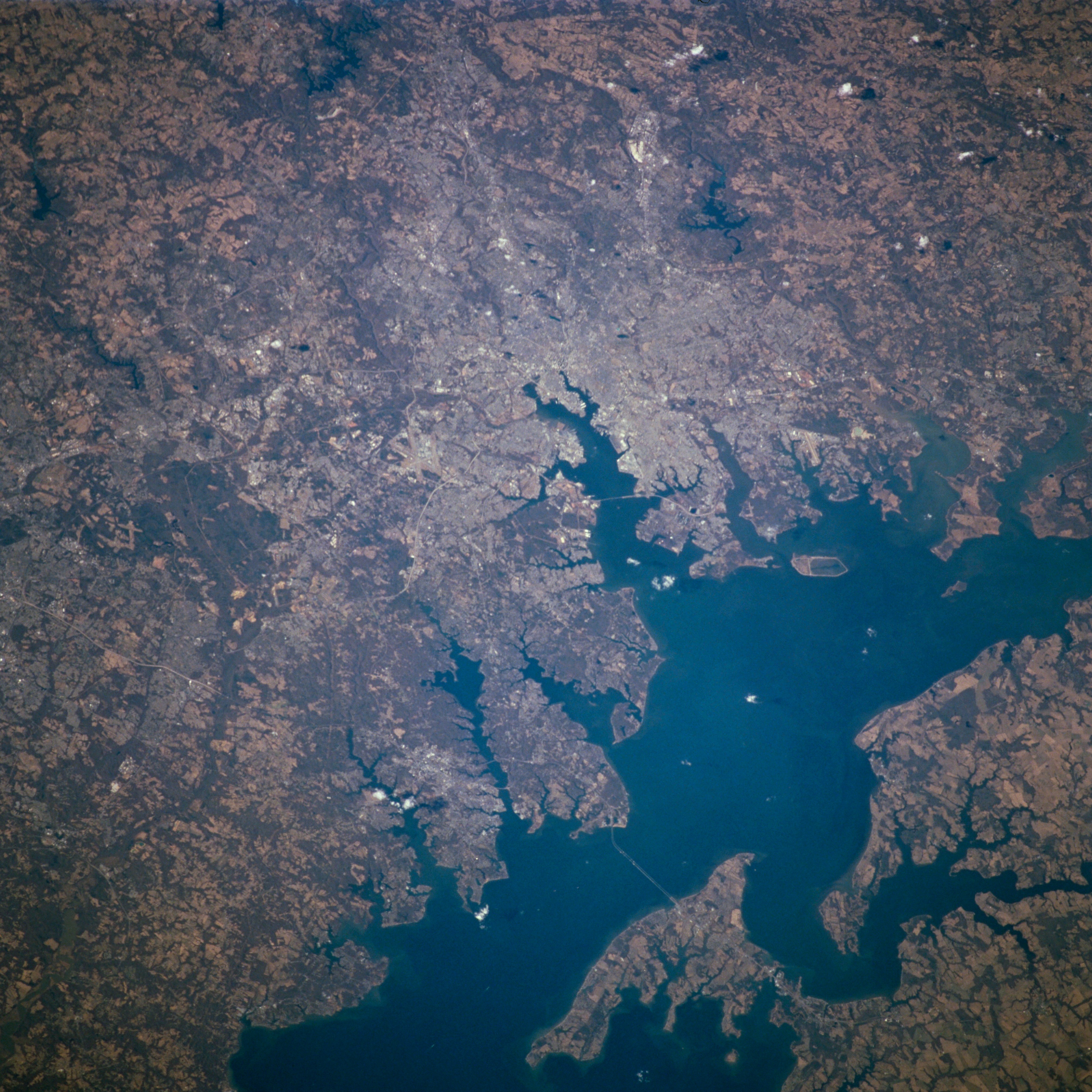 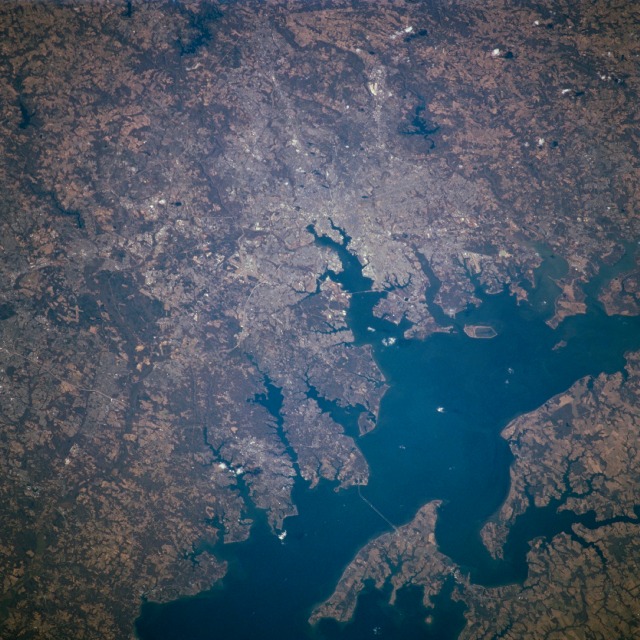 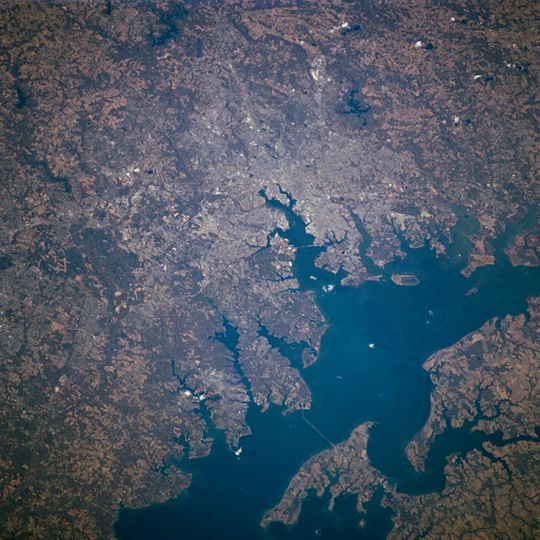 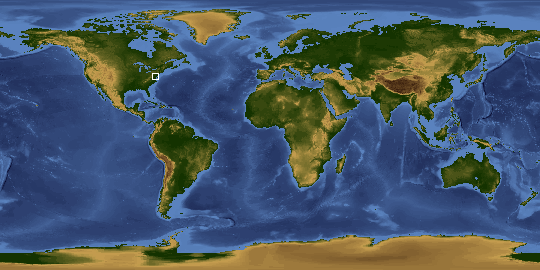 Other options available:
Download Packaged File
Download a Google Earth KML for this Image
View photo footprint information
Image Caption: Baltimore Area, Maryland, USA
Baltimore, Maryland can be identified in this northwest-looking view of the western shore of Chesapeake Bay. Numerous drowned river valleys provide excellent natural harbors along the periphery of the bay. Baltimore's harbor has been developed along one of these drowned valleys, the Patapsco River. With a population of over 2.5 million people, the greater Baltimore urban area is part of the northeastern U.S. Megalopolis that extends from the Boston (MA) area to Richmond (VA). Specific features that can be seen in the image include a short segment of Interstate Highway 95 that connects southwest Baltimore with northeast Washington, D.C.; the intersecting runways of Baltimore-Washington International Airport south of downtown Baltimore; Francis Scott Key Bridge that skirts around the southeast side of Baltimore; the Chesapeake Bay Bridge that spans the bay and connects the Baltimore area with the eastern shore of Maryland; and the central business district of Baltimore where the two arms of the inner harbor terminate. The darker-looking vegetation cover is mixed hardwood forests (notice that many wooded areas are located along streambeds and floodplains of small river valleys), while lighter-looking land parcels in the rural countryside is used for crops or pasturelands.