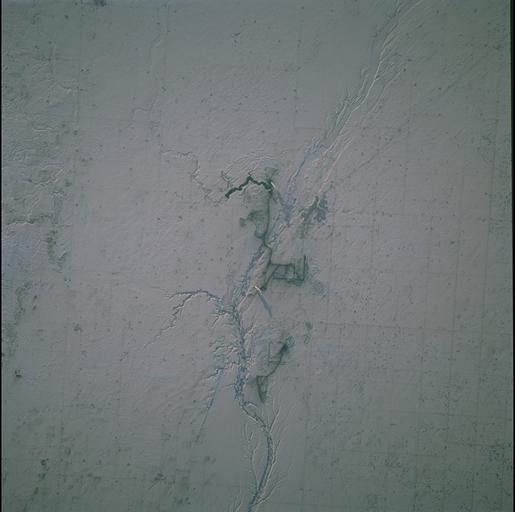 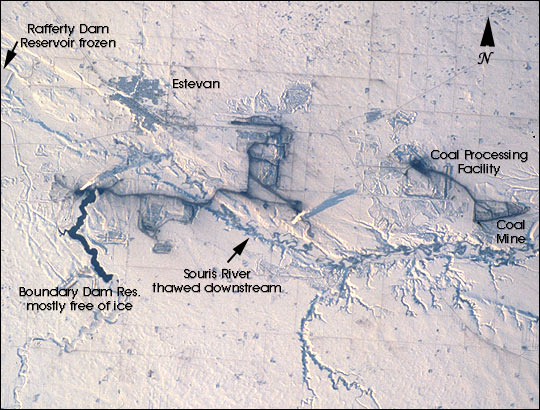 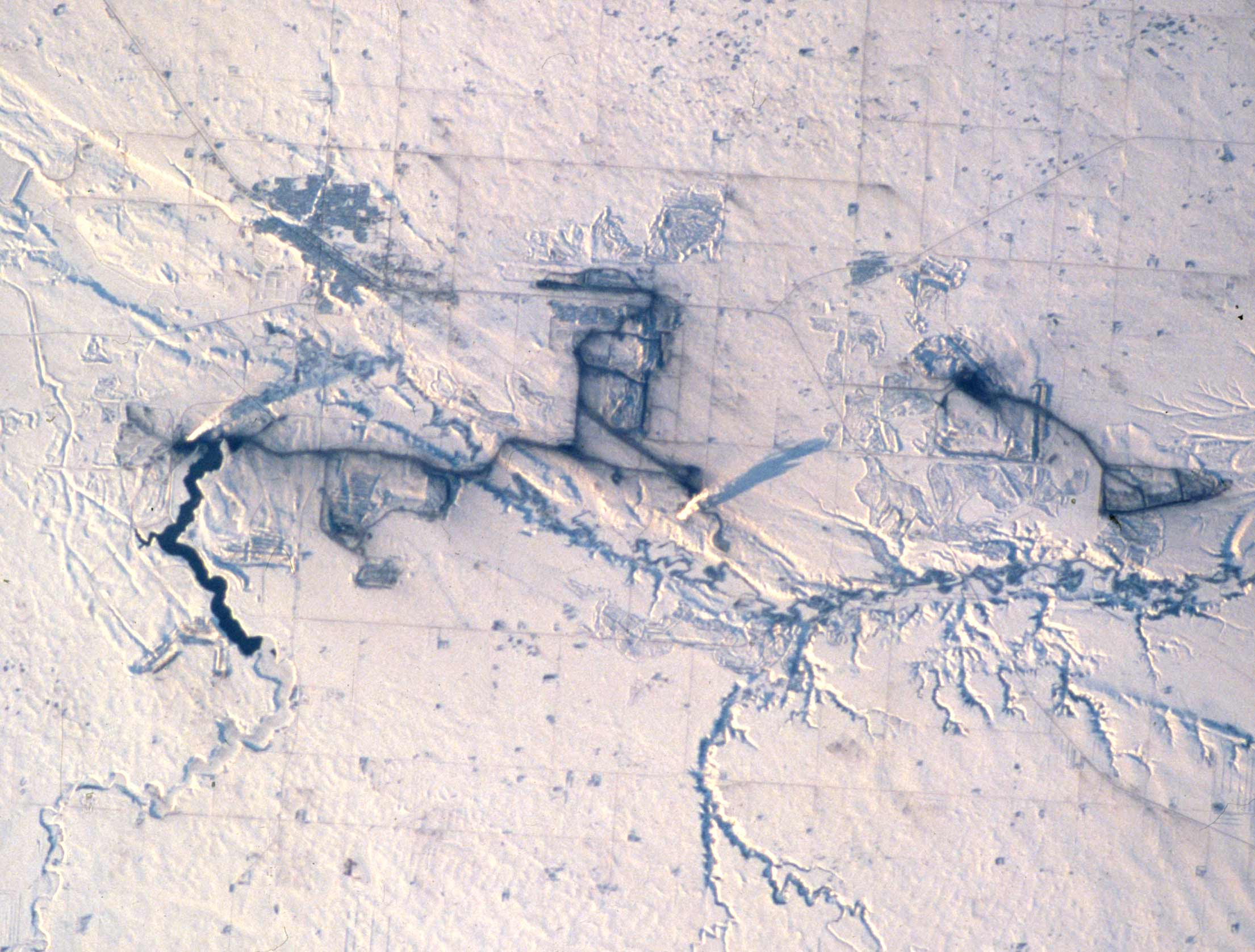 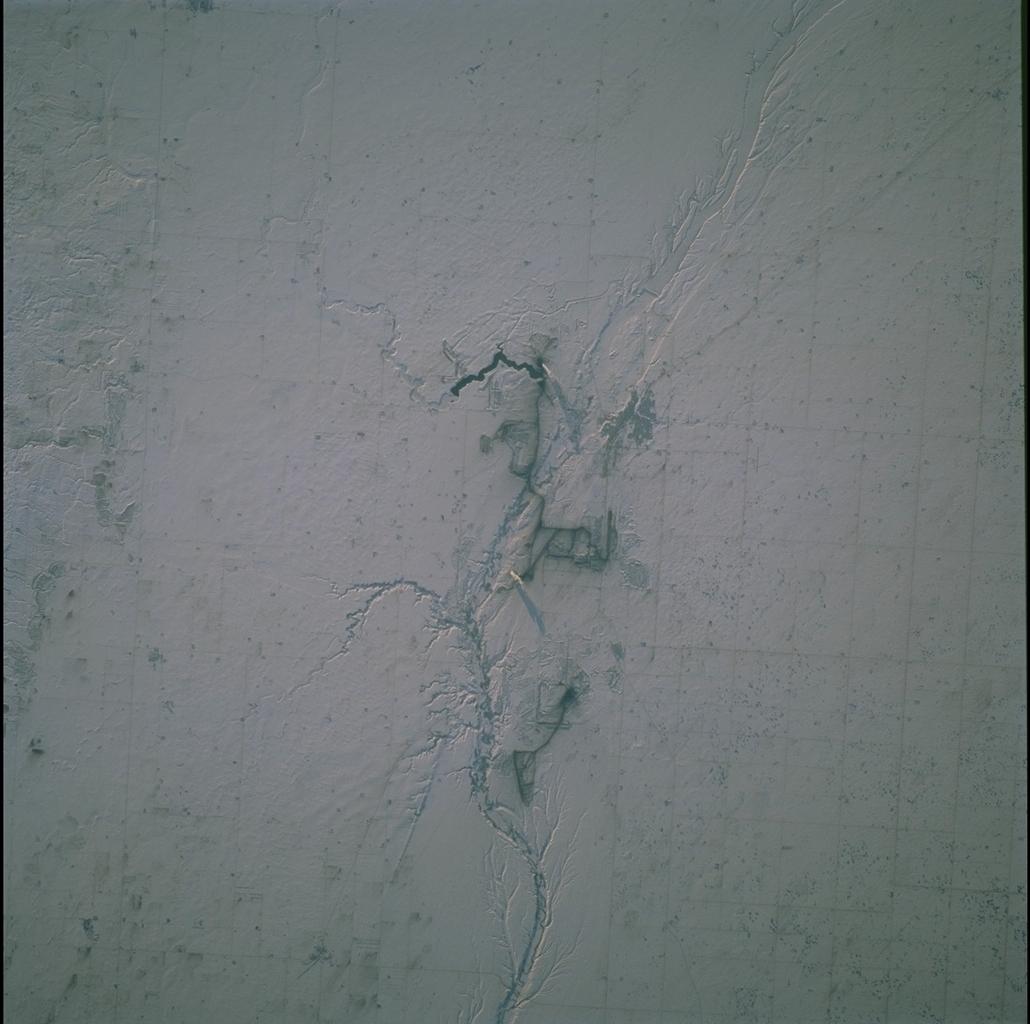 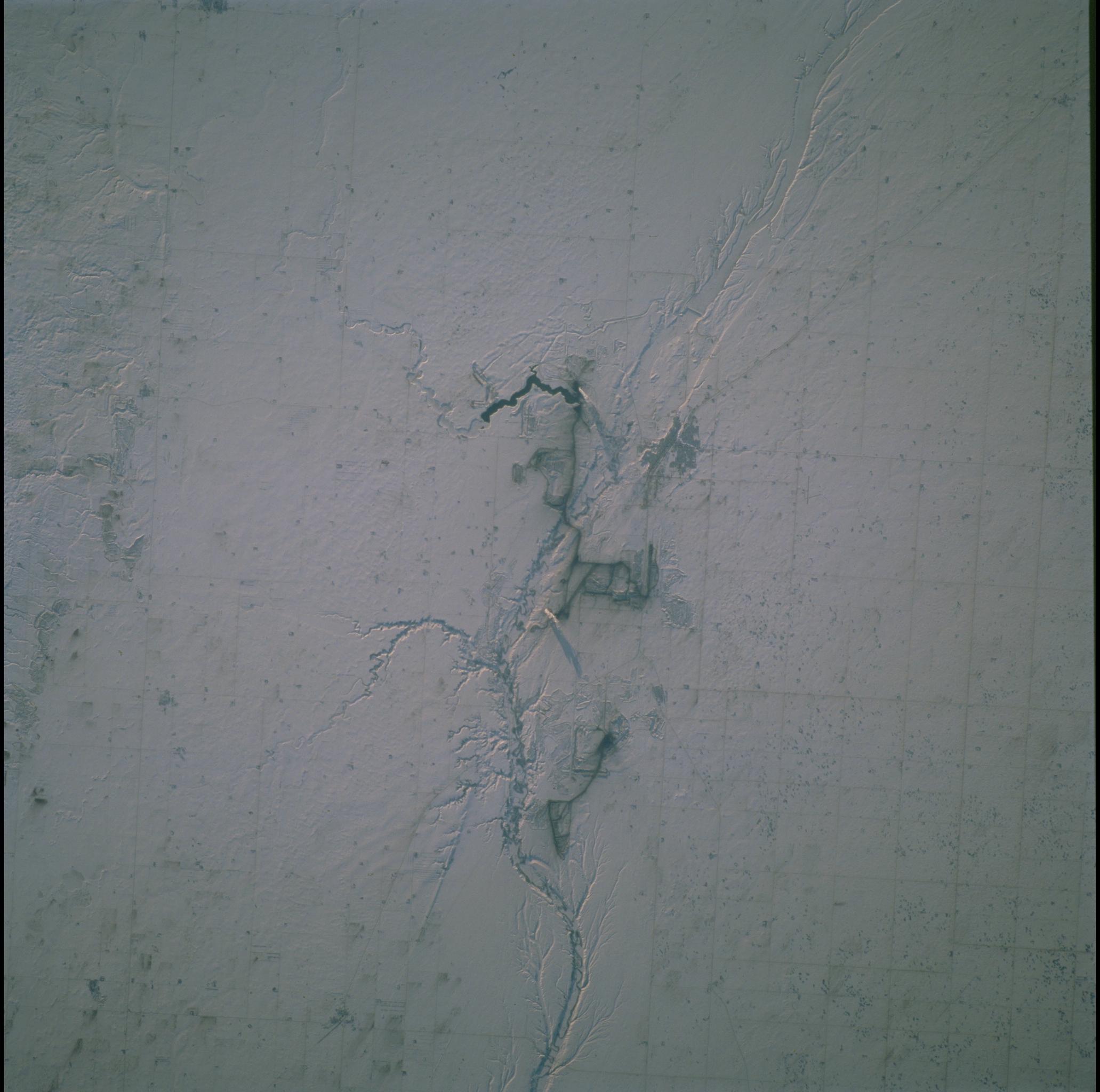 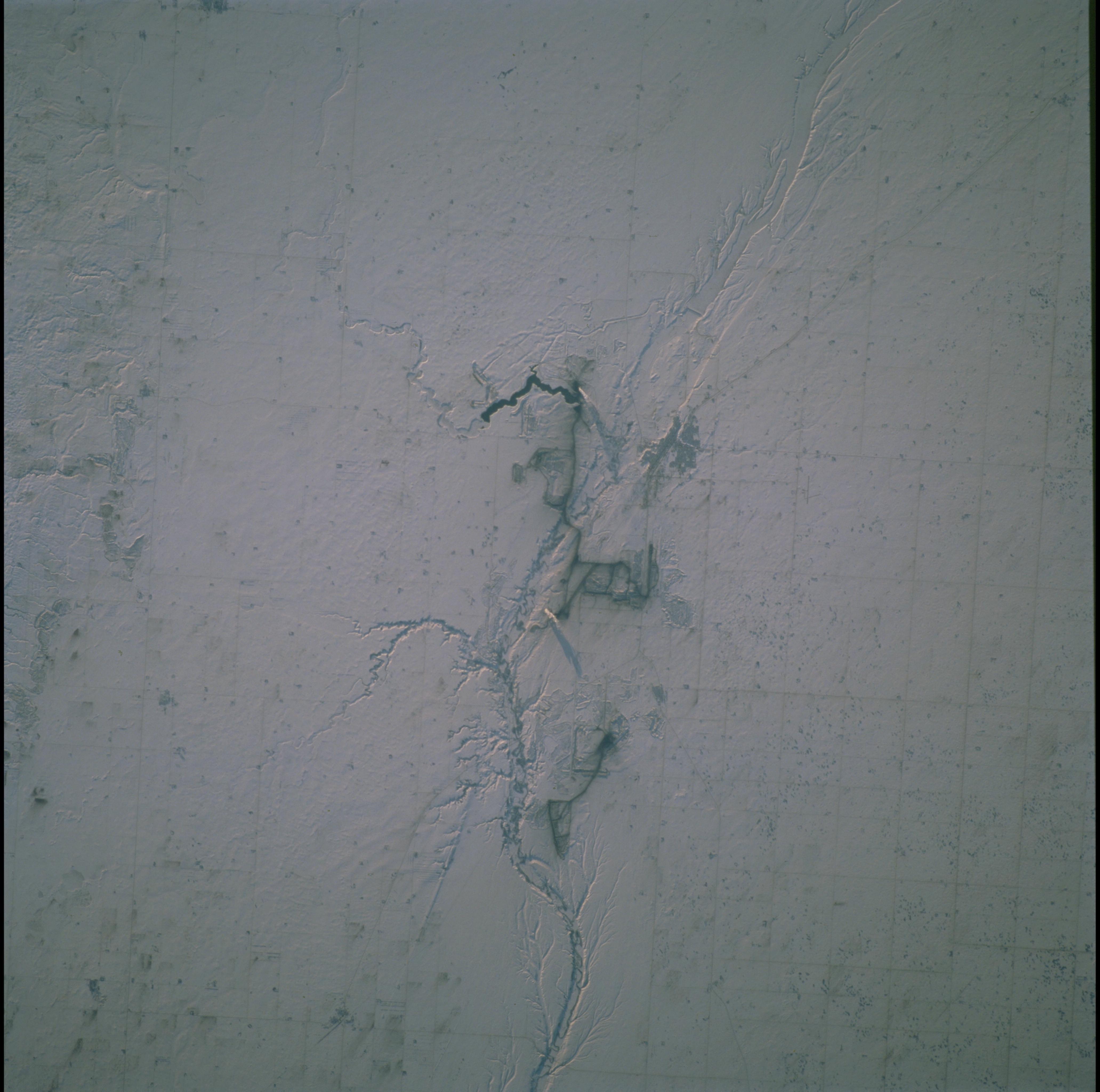 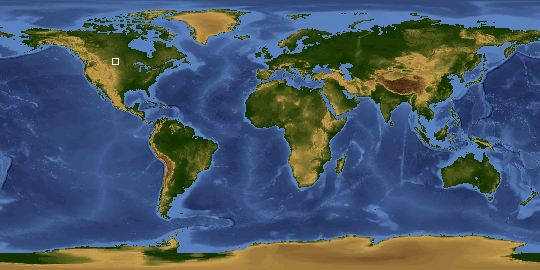 Other options available:
Download Packaged File
Download a Google Earth KML for this Image
View photo footprint information
Image Caption: Snow and ice serve to accent human activities in this photograph taken by the Space Shuttle mission STS-98 crewmembers on February 17, 2001 (STS098-715B-84). The Souris River stretches across the photograph from left to right, with the upstream Rafferty Dam Reservoir frozen over on the far left. Two power plants, the Boundary Dam Power Station and the Shand Power Station, can be identified by the smoke plumes and shadows of those plumes. The river is frozen over upstream of the Boundary Dam Power Station, but thermal loading from the plants has warmed the water in the Boundary Dam Reservoir so that it remains nearly ice free. Downstream of the reservoirs, thermal loading is sufficient to maintain open flow in the Souris River.

The Estevan Coalfield is a formation of about 1500 square km that accounts for most of Saskatchewan's coal production. The coal is mined from a trench at the surface, processed, and then used to fire the two power plants. These plants provide almost half of Saskatchewan's electricity. Areas of active surface mining and processing appear black in the photograph; roads used for transporting the coal are also dusted black. Around the areas of the mines, a rough texture reveals other spoil piles and areas where underground mining used to take place. The city of Estevan (population about 12,000) is the medium-gray gridded area in the upper left of the photo.