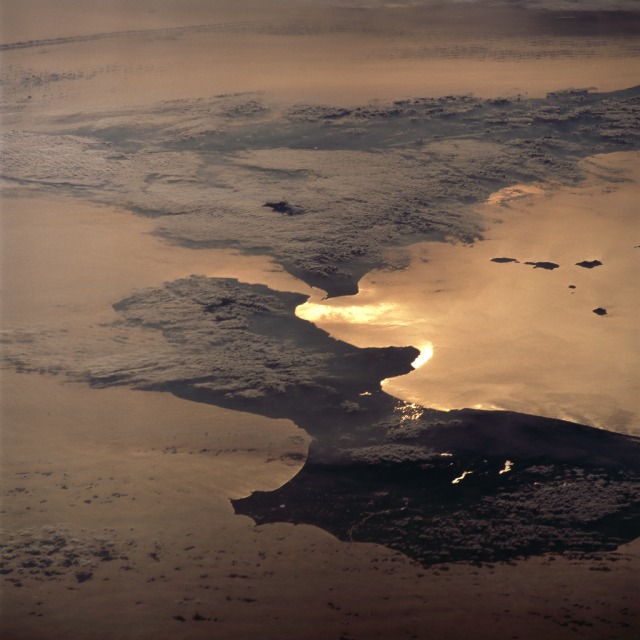 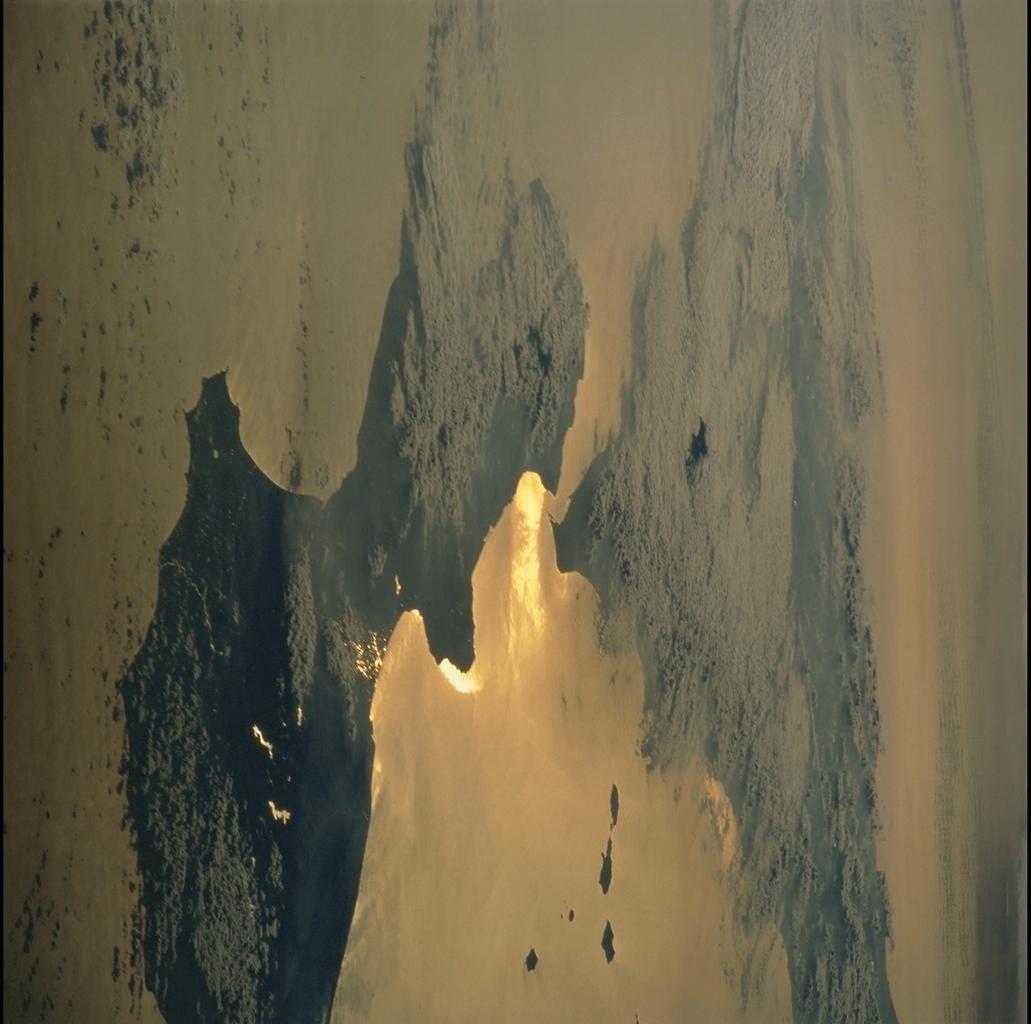 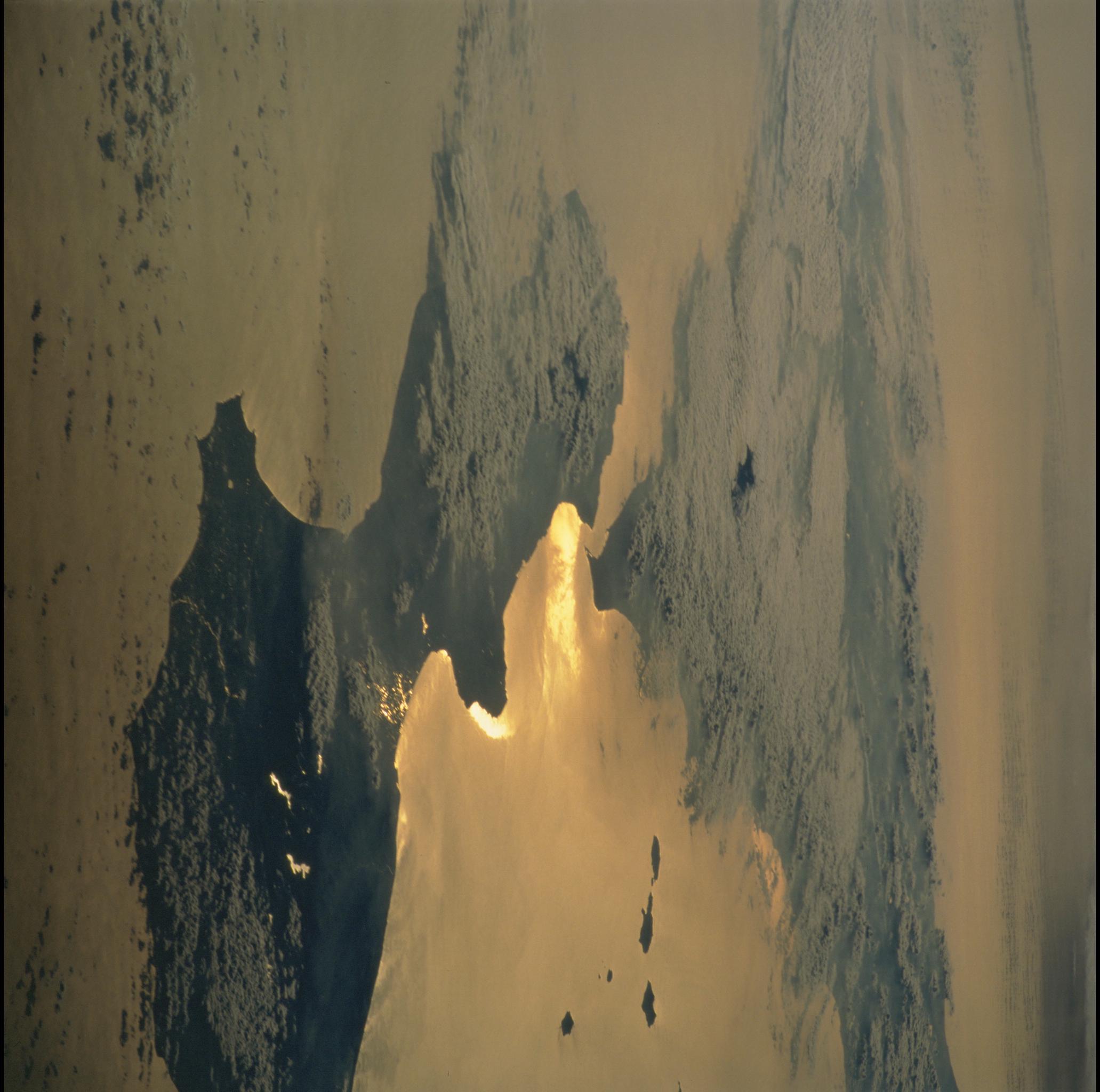 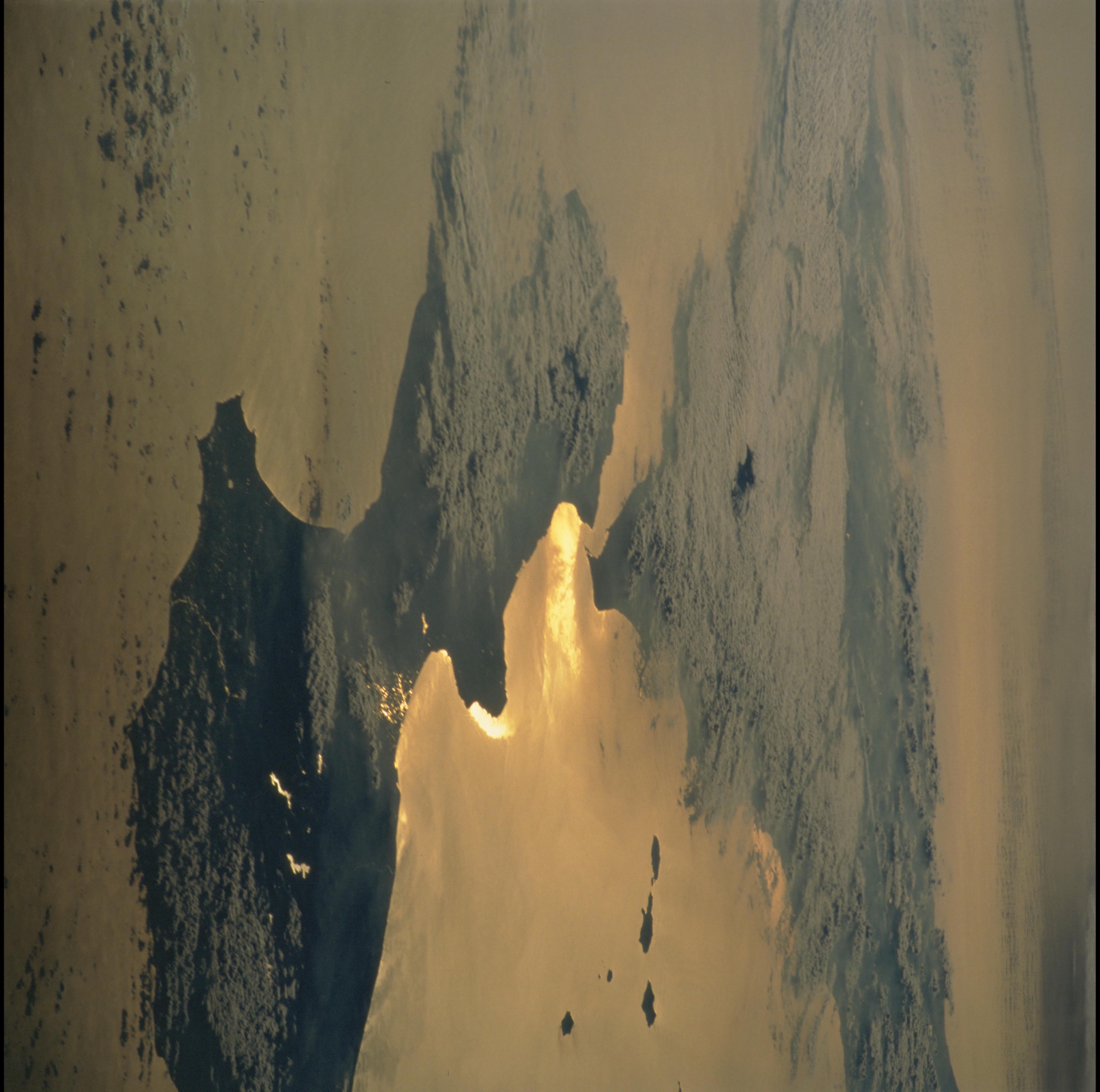 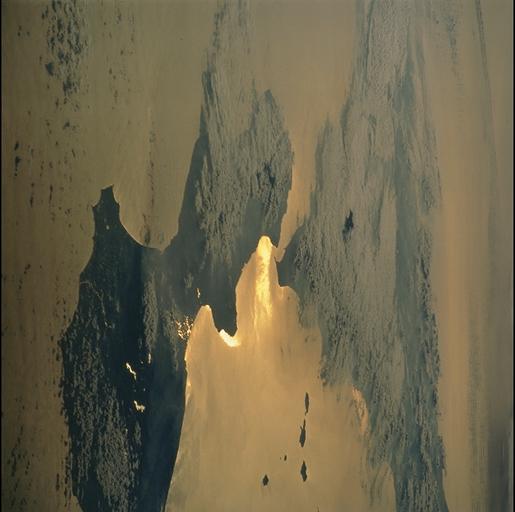 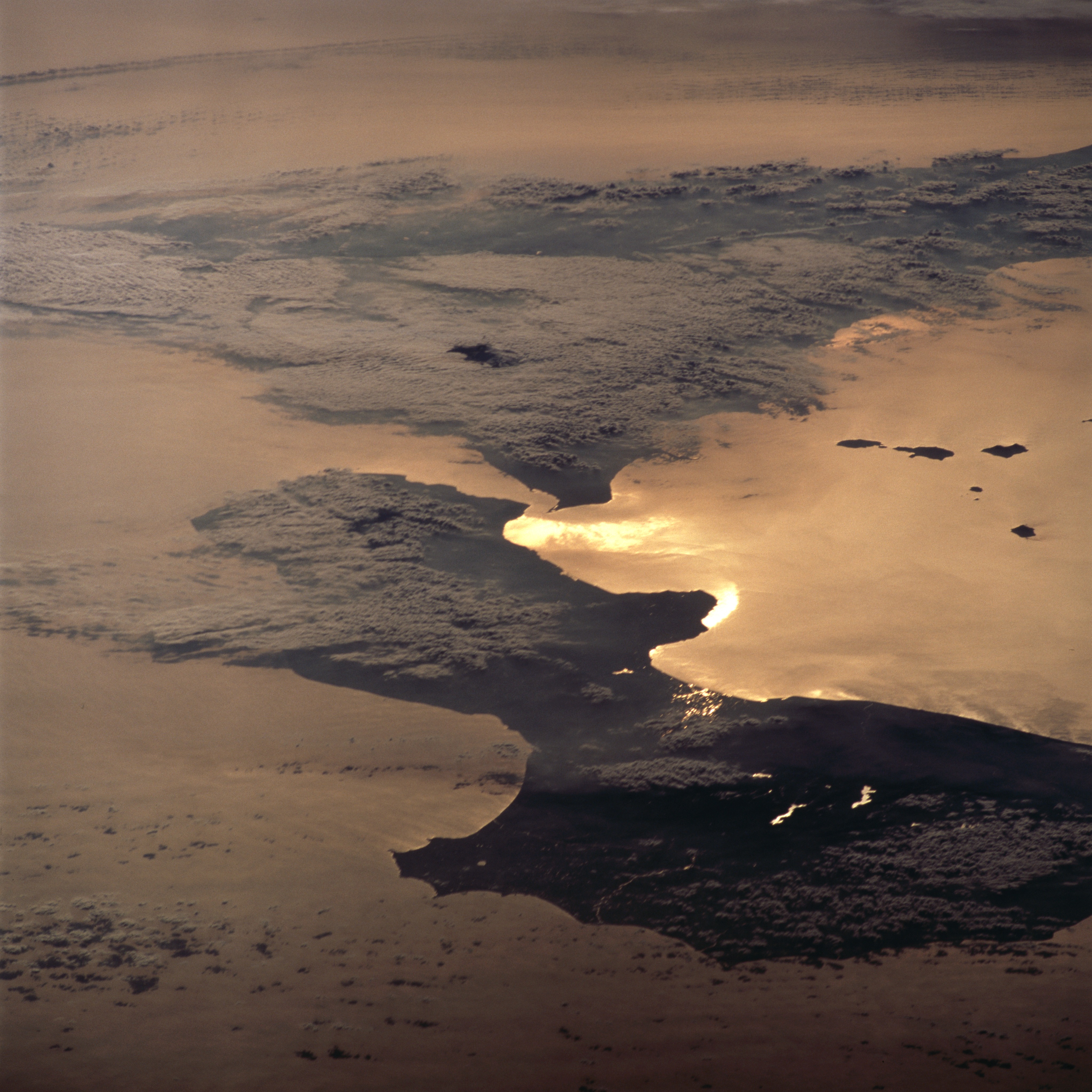 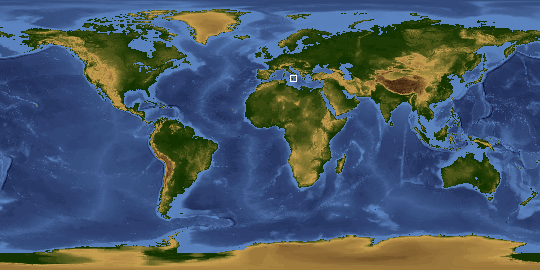 In this highly oblique view, the toe of Italy lies across the middle of the view, with the triangular island of Sicily (top) beyond the narrow Strait of Messina. Recognition of the shapes is made difficult by foreshortening and an atmosphere so heavily laden with pollutants and some cloud that the outlines of the landmasses are obscured in places. Despite this, the volcanic peak of Mt Etna can be identified by its shadowed flanks rising above the cloud and smog. Cloud masses are the whiter, puffy regions over the toe and around Etna. The smoke plume from a fire--probably a forest fire--stretches across the foreground under the influence of northerly winds (right to left in this view).

Particulates in the atmosphere shown here are thus a combination of industrial pollutants, fire smoke, and possibly volcanic emissions.

The bright sunglint point lies between the toe of Italy and the near cape of Sicily in this late afternoon, west-looking view. The coppery color to the glint reflects of the sea surface to give a slight orange tinge to atmosphere throughout the view. The cause is the pollutants in the air that scatter the red-orange wavelengths and are a sure indication to astronauts of smoke or smog in the air.

Astronaut photographs have shown repeatedly over the last 15 years that the main source of the Mediterranean air pollution is the heavily industrialized Po River valley of northern Italy. This relatively small area is by far the most regular supplier of pollutants in the Mediterranean basin. Typically, smog banks can be seen drifting slowly south down the Adriatic Sea until they splay west or east into the main basin. During the flight of STS98, pollution stretched from the source in the Po all the way to northern Spain where it was still so thick that it obscured the Ebro River valley from the astronauts' view.