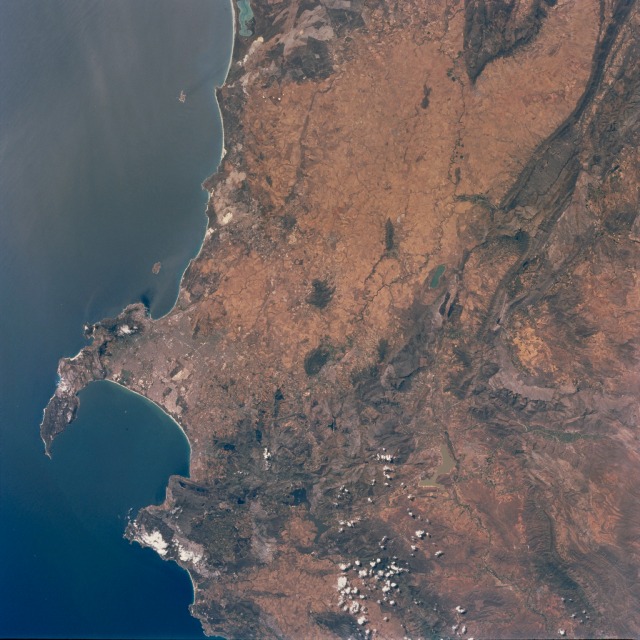 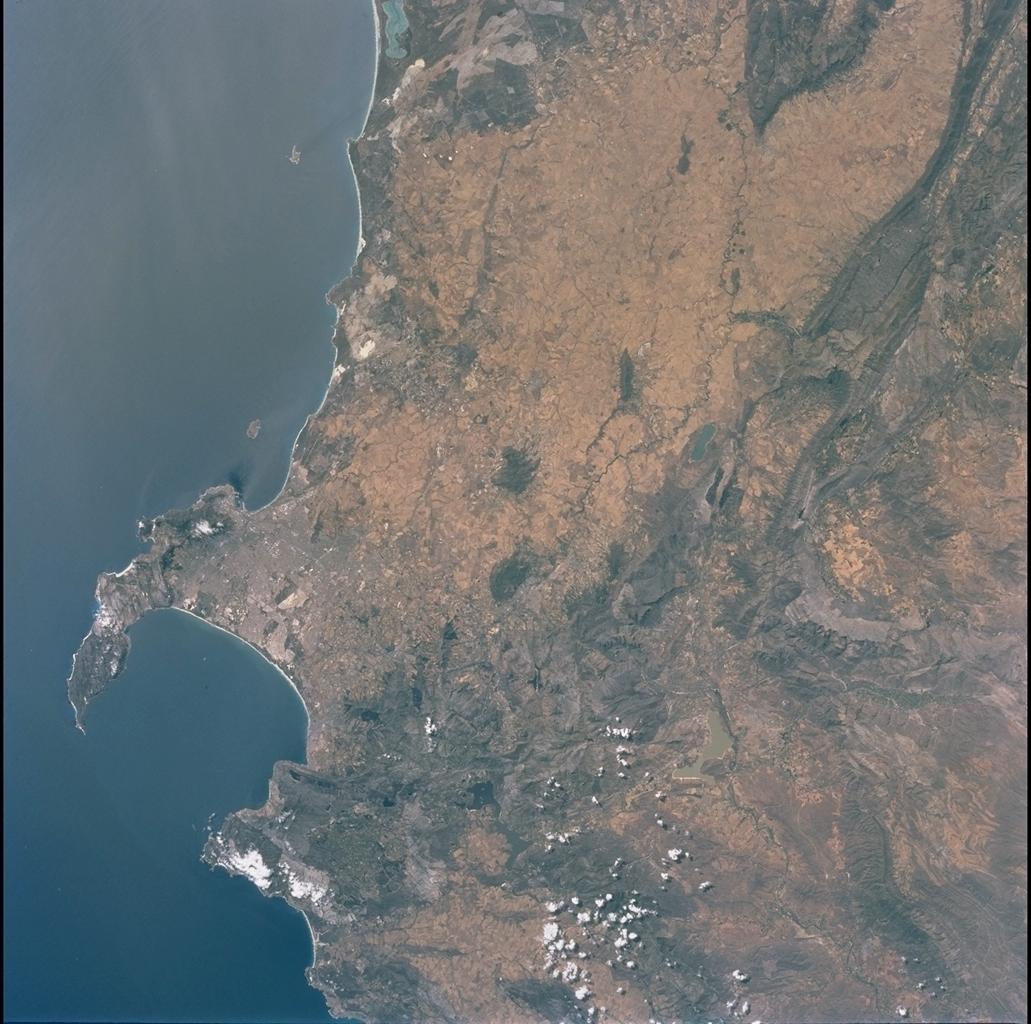 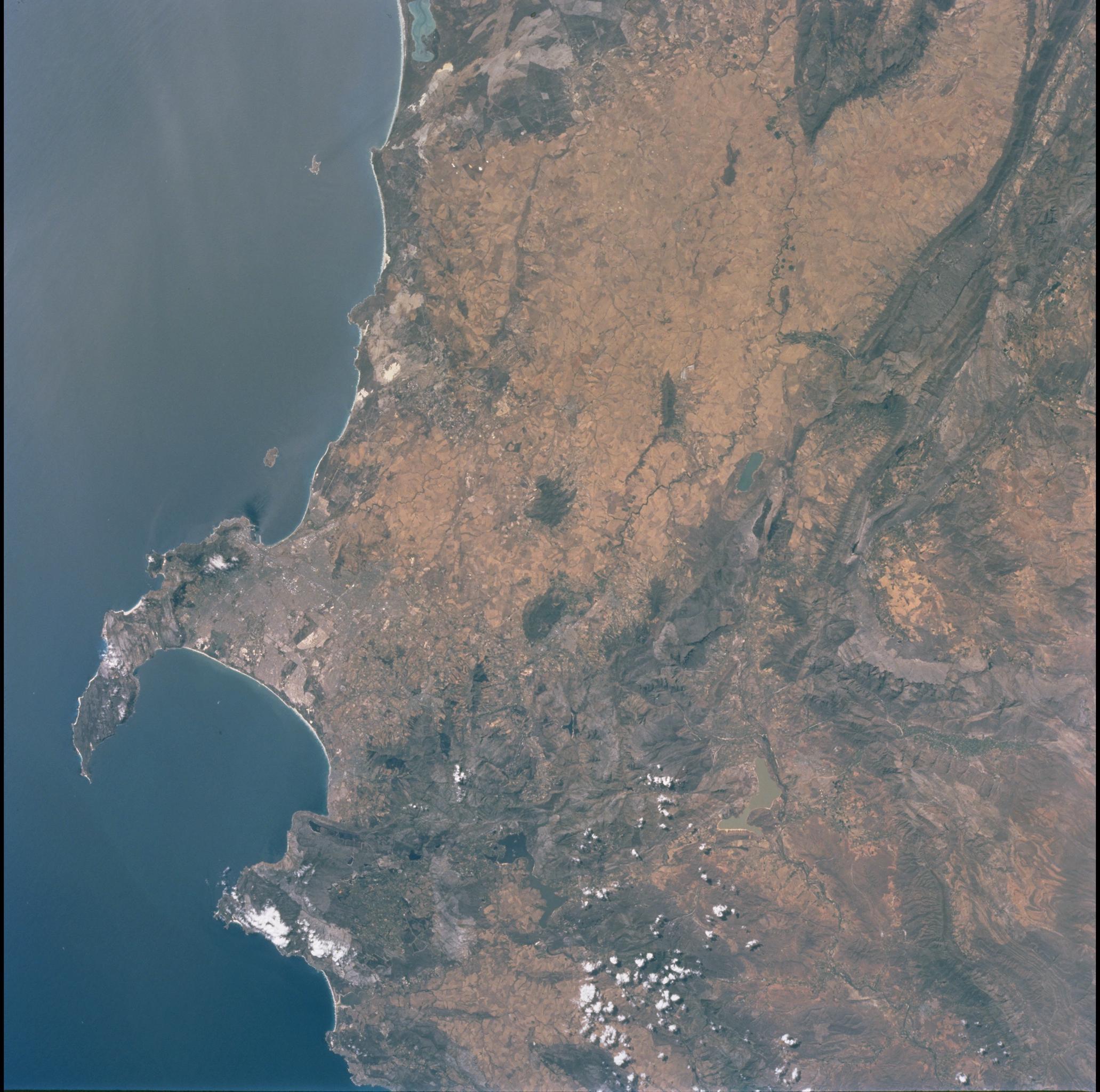 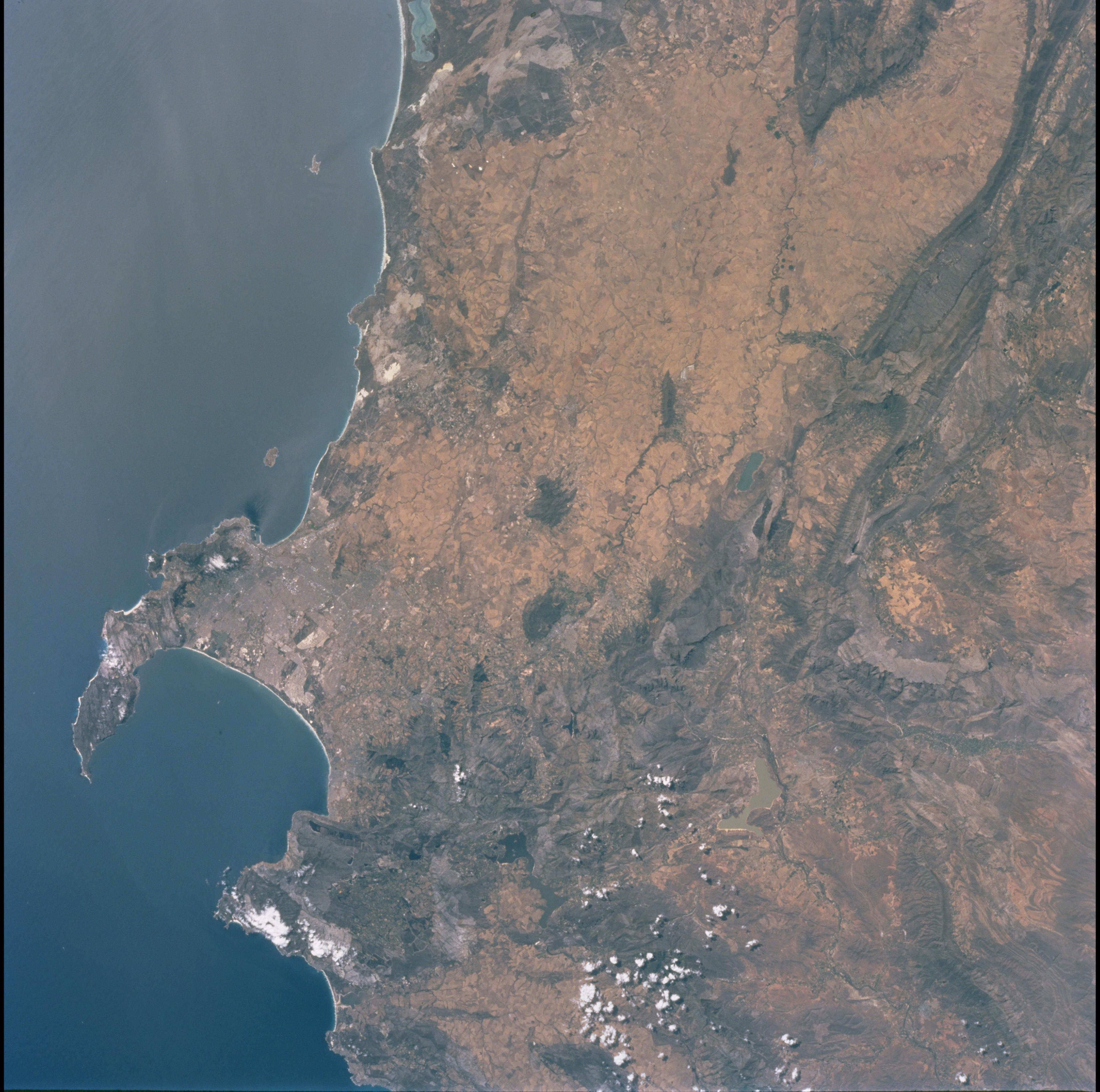 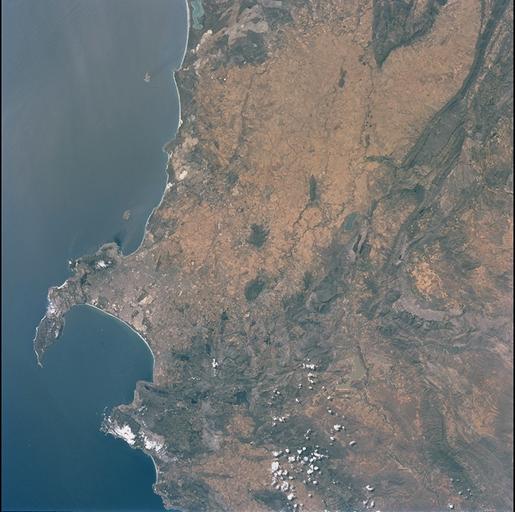 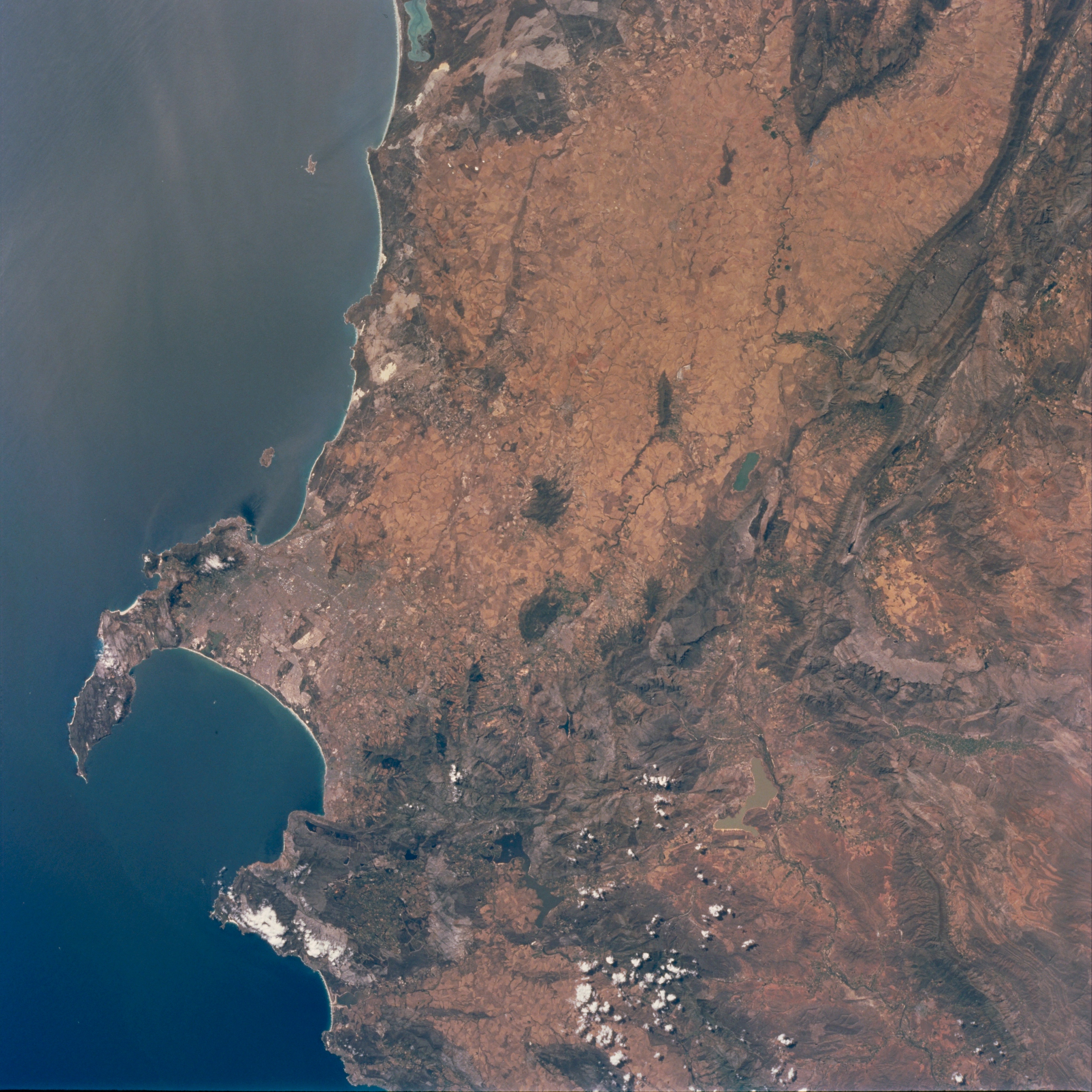 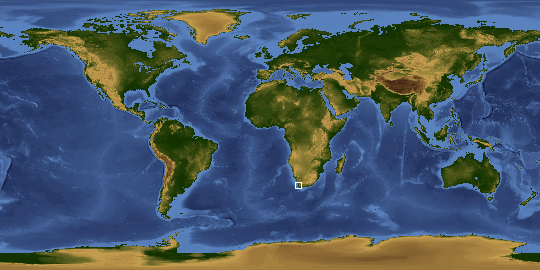 Other options available:
Download Packaged File
Download a Google Earth KML for this Image
View photo footprint information
Image Caption: Cape Town, Western Cape Province, Republic of South Africa
The capital and largest city of Western Cape Province, Cape Town (1995 population in the urban and suburban area over 1.9 million), is visible between False Bay (large, U-shaped bay) and a smaller bay along the Atlantic coast of the peninsula. Within the urban built up area some of the infrastructure of Cape Town, including the city center and the harbor and waterfront facilities, can be identified near the small bay (near the middle left edge of the image). Table Mountain elevation of 3563 feet (1086 meters above sea level) separates the city center (north of the mountain) from the southern suburbs of Cape Town. The Cape of Good Hope, long famous as the gateway from the Atlantic Ocean to the Indian Ocean, is located at the southern tip of the claw-shaped peninsula. False Bay is a popular recreational region for the local residents of the greater Cape Town region, as well as a tourist attraction for people who live beyond the borders of South Africa. The lighter-colored terrain, mainly north of Cape Town, shows a landscape of large, cultivated field patterns. These coastal plains are separated from the interior by a chain of folded mountain ranges that include the Cedarberg (dark,linear, north/south aligned feature in the upper right corner) and the more complex, folded Herrivierberge Mountains (dark structure, right middle) that are located northeast of Cape Town.