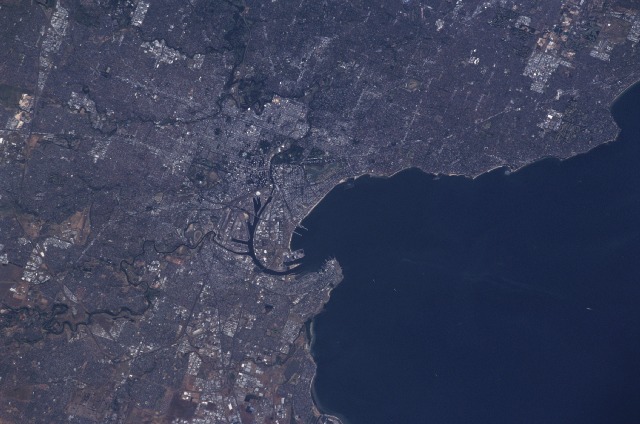 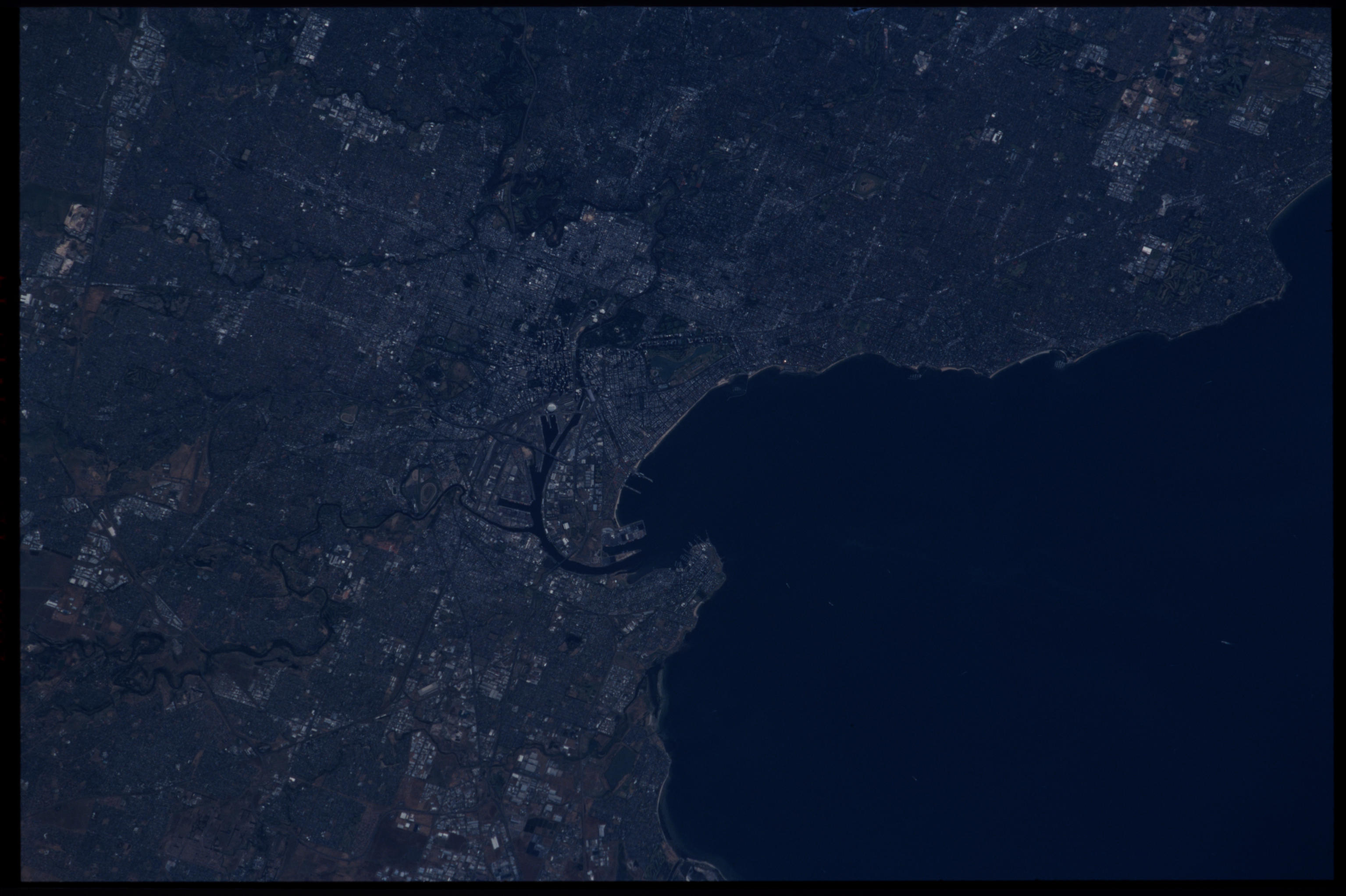 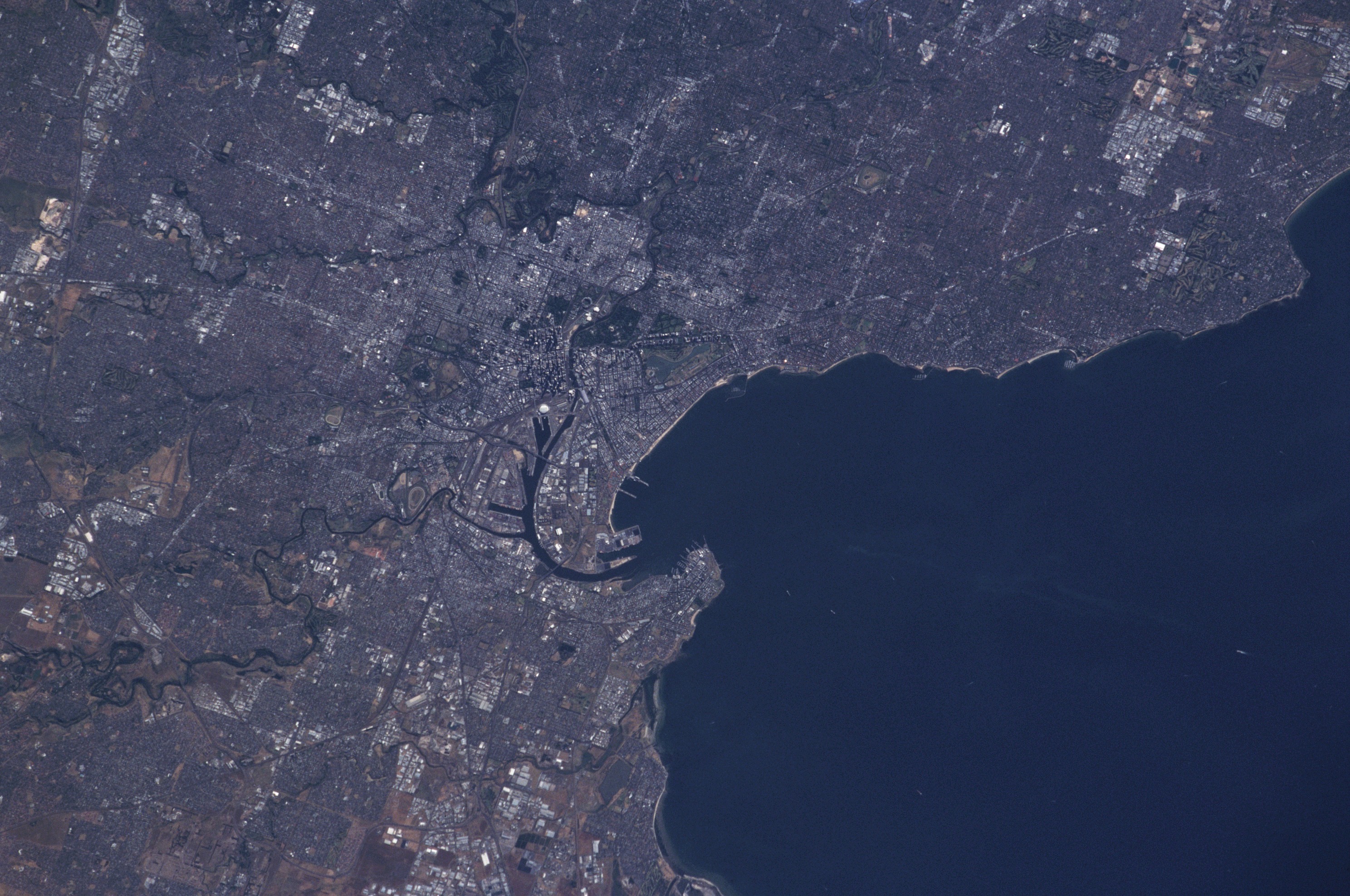 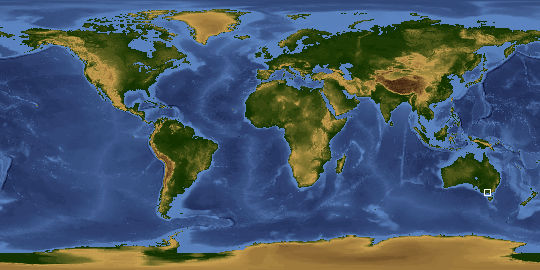 Other options available:
Download Packaged File
Download a Google Earth KML for this Image
View photo footprint information
Image Caption: Melbourne, Victoria, Australia
Downtown Melbourne(population 3.2 million people based on year 2000 estimate), is visible in this very detailed city view. Melbourne is the the second largest city in Australia, capital city and major seaport in the state of Victoria. A tremendous amount of the urban infrastructure can be seen, including the central business district, overall gridded street pattern, numerous highways and railroads, airports, and recreational facilities. Slight color differences throughout the image help to identify residential areas of the city from the commercial zones (clusters of more highly reflective surfaces). Downtown Melbourne can be identified by the concentration of tall buildings and the shadows cast by these buildings immediately northeast of the estuary (linear, dark feature). Several rivers and creeks are visible (dark, meandering lines) as they drain through the city and empty into the large estuary that forms the lower reaches of the Yarra River. Port Melbourne is located along the south side of the broad estuary. Several piers extend eastward from the peninsula that separates Hobson Bay (east) from Alton Bay (west) along the northern edge of Port Phillip Bay (the larger body of water). The dark features scattered throughout the urban builtup area are primarily open spaces such as parks and golf courses. The runways of Moorabbin Airport are located near the southeastern edge of the image, while the runways of a smaller airport are also visible northwest of the downtown area.