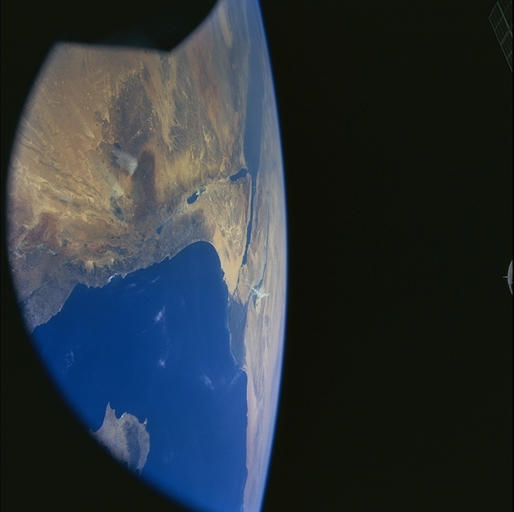 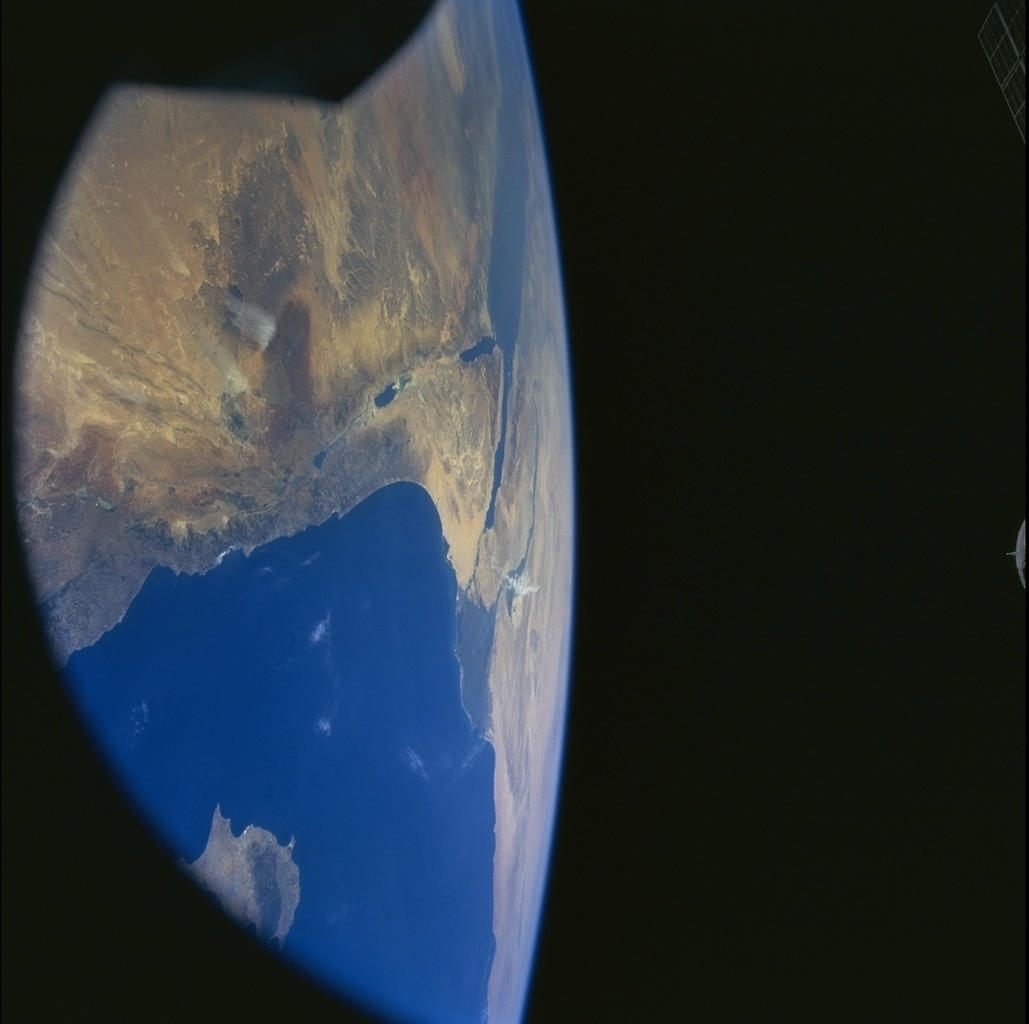 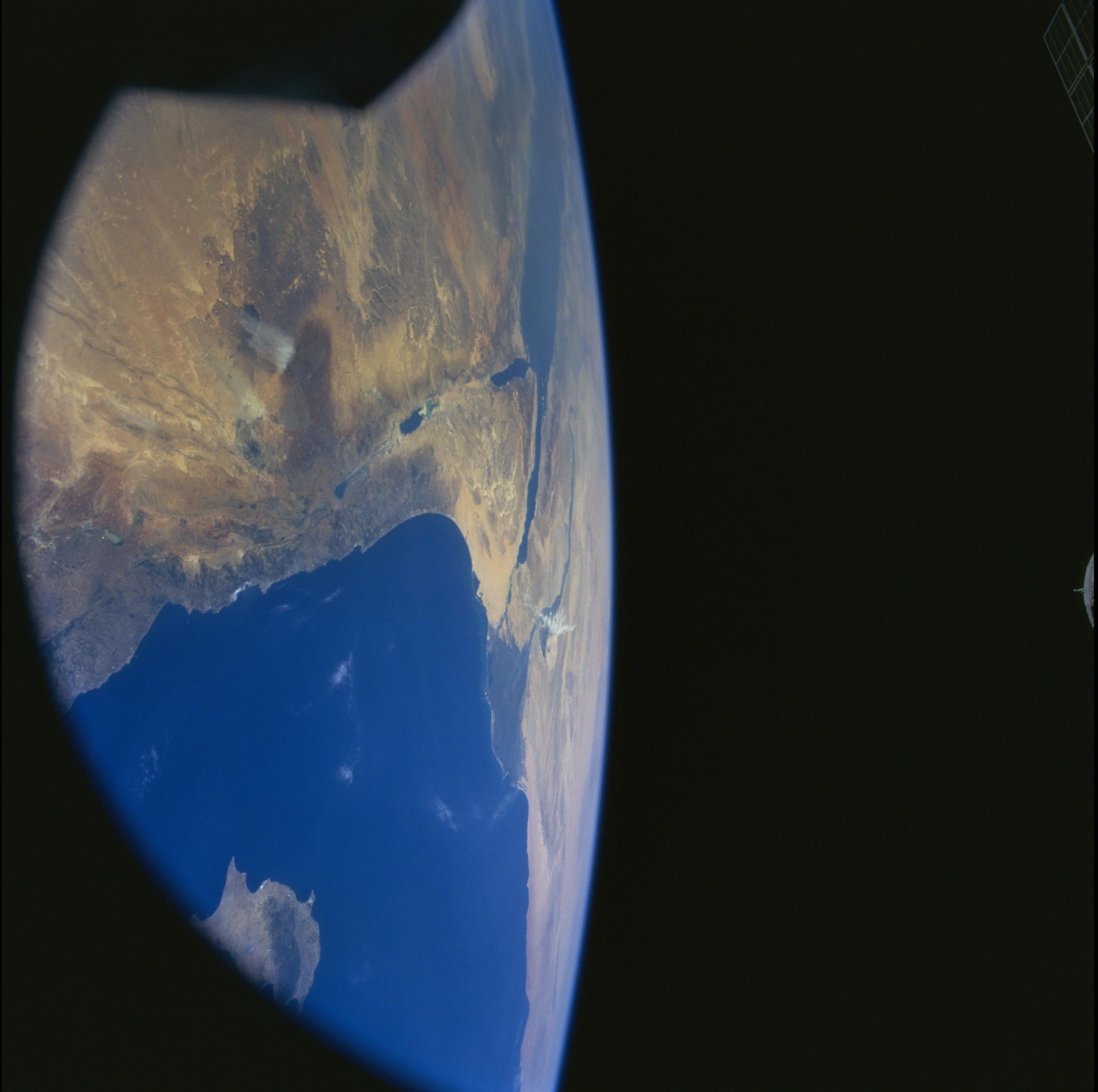 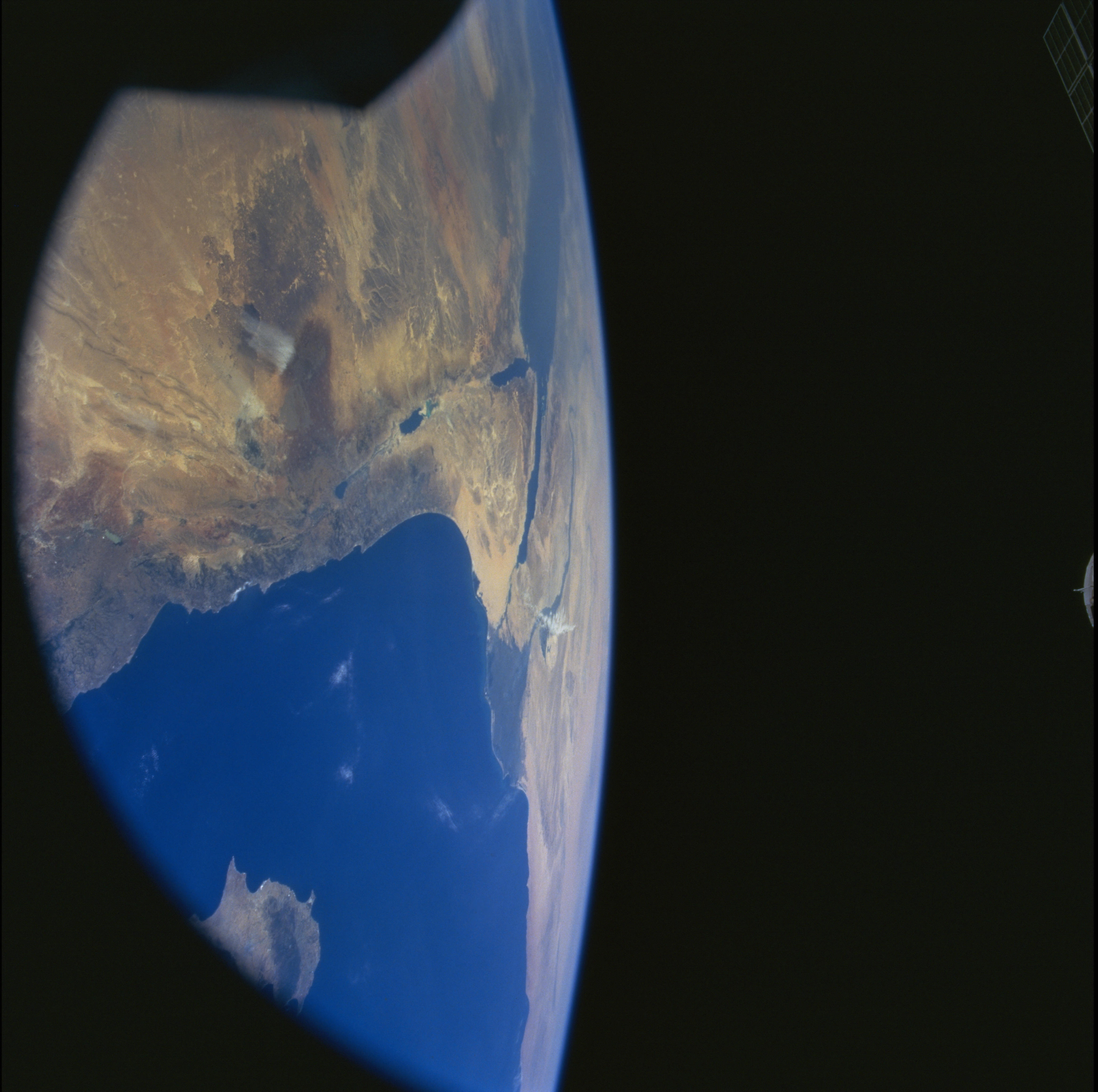 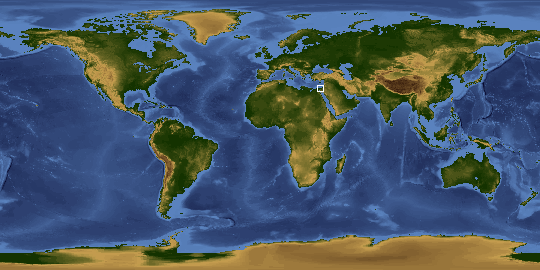 Other options available:
Download Packaged File
Download a Google Earth KML for this Image
View photo footprint information
Image Caption: The Sinai Peninsula of Egypt is centered in this southwestward view; the Red Sea, Gulf
of Suez, Suez Canal, and Nile River delta lie beyond. Bahrat Hims, Syria, is the pale blue
lake near bottom center. The Gulf of Aqaba, Dead Sea, and the Sea of Galilee define the
eastern margin of the Peninsula. The city of Haifa is on the peninsula directly west of the
Sea of Galilee; Beirut, Lebanon occupies the next prominent peninsula to the north.

The Dead Sea fault zone marks the boundary between the African and Arabian
tectonic plates; Sinai Peninsula is the northeastern tip of the African plate, which is being
pulled apart by the Red Sea rift. This is one of the best photos to date of the region where
the Dead Sea fault zone splays to the northeast in Syria. Those northeasterly faults and
the East Anatolian fault zone define the margin between the Arabian and Eurasian plates.