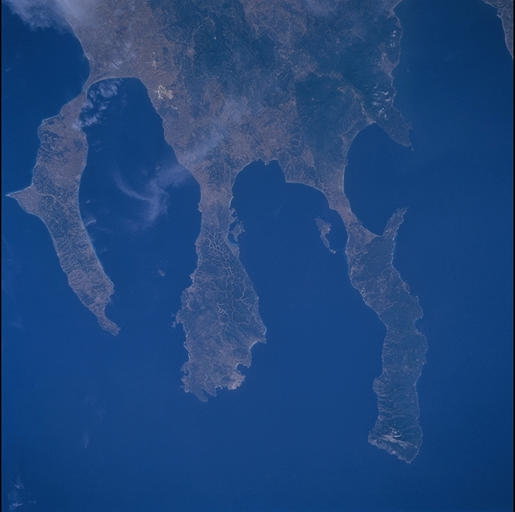 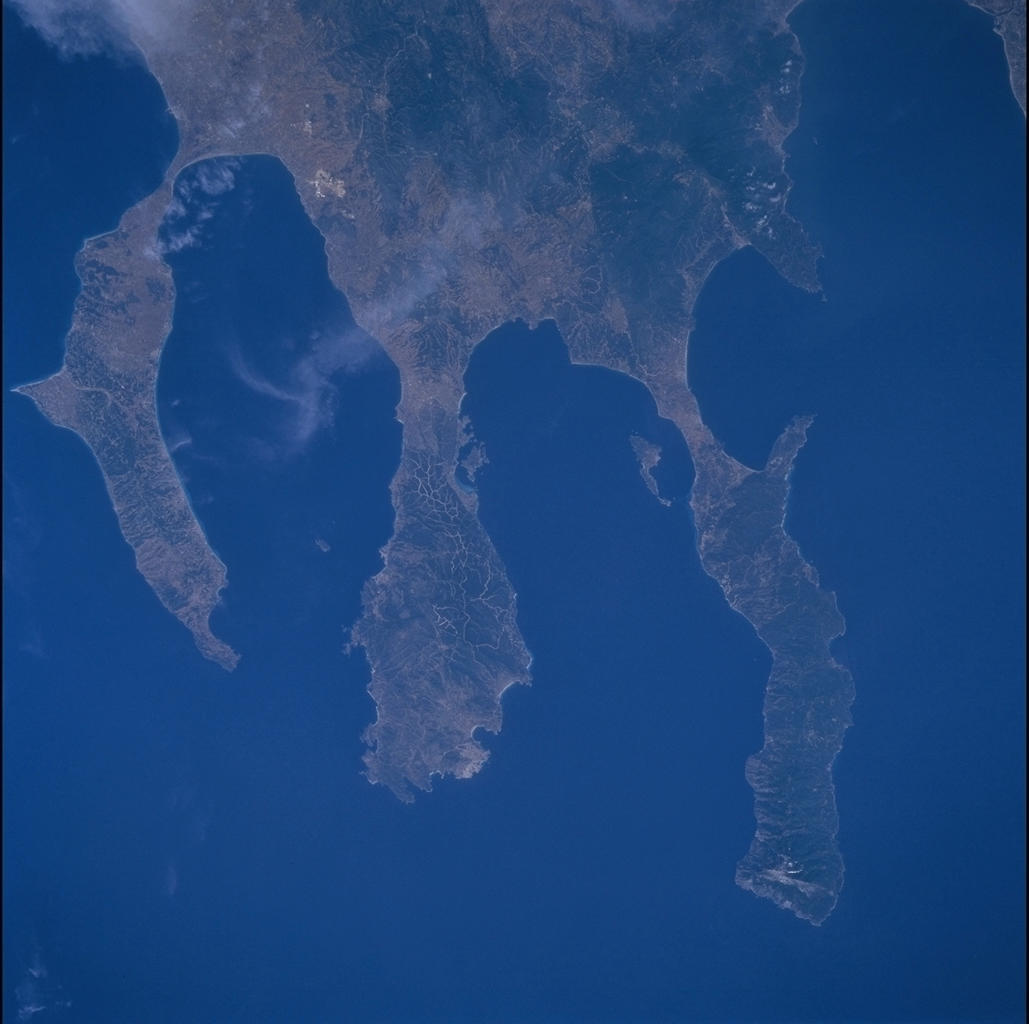 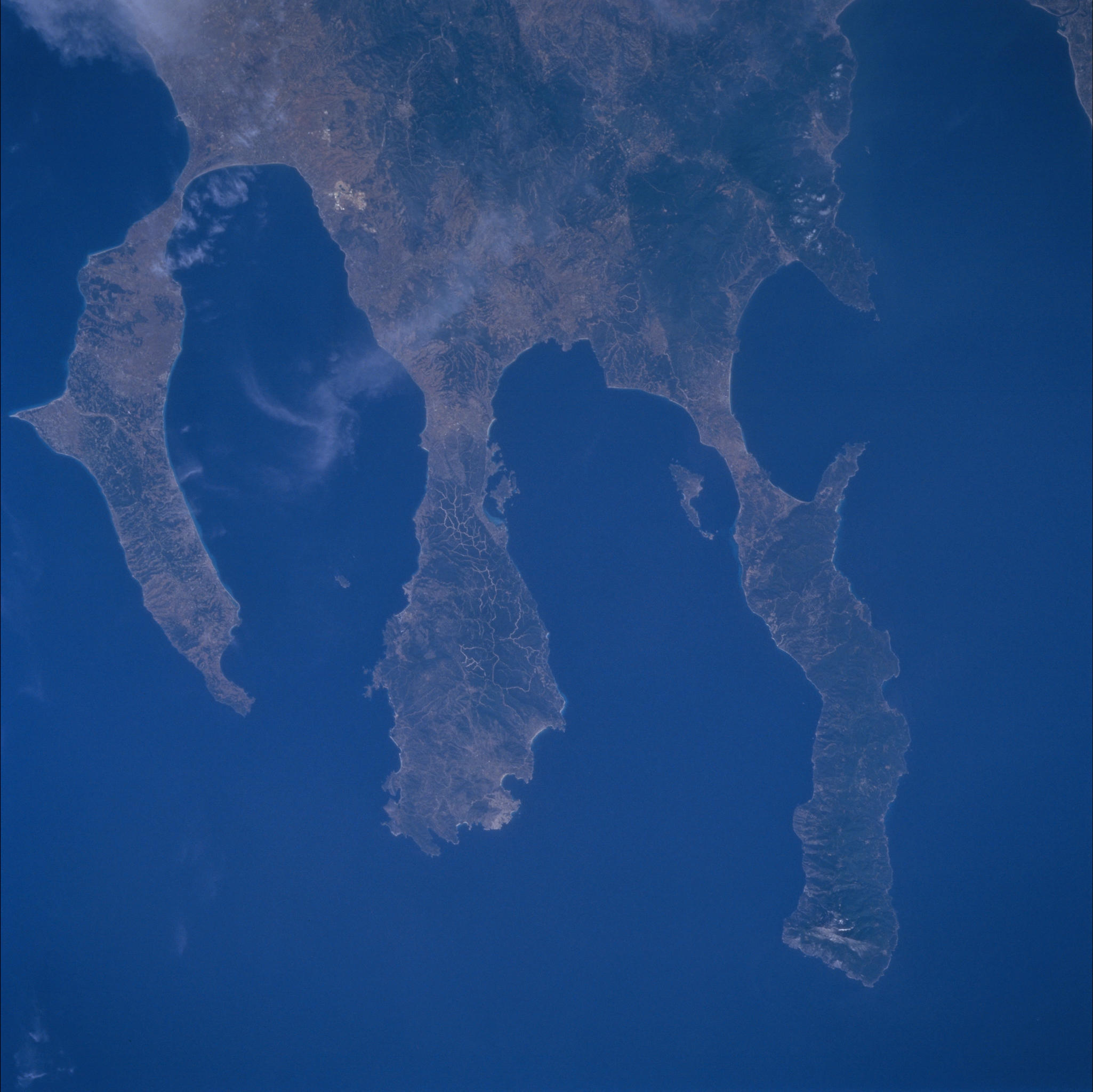 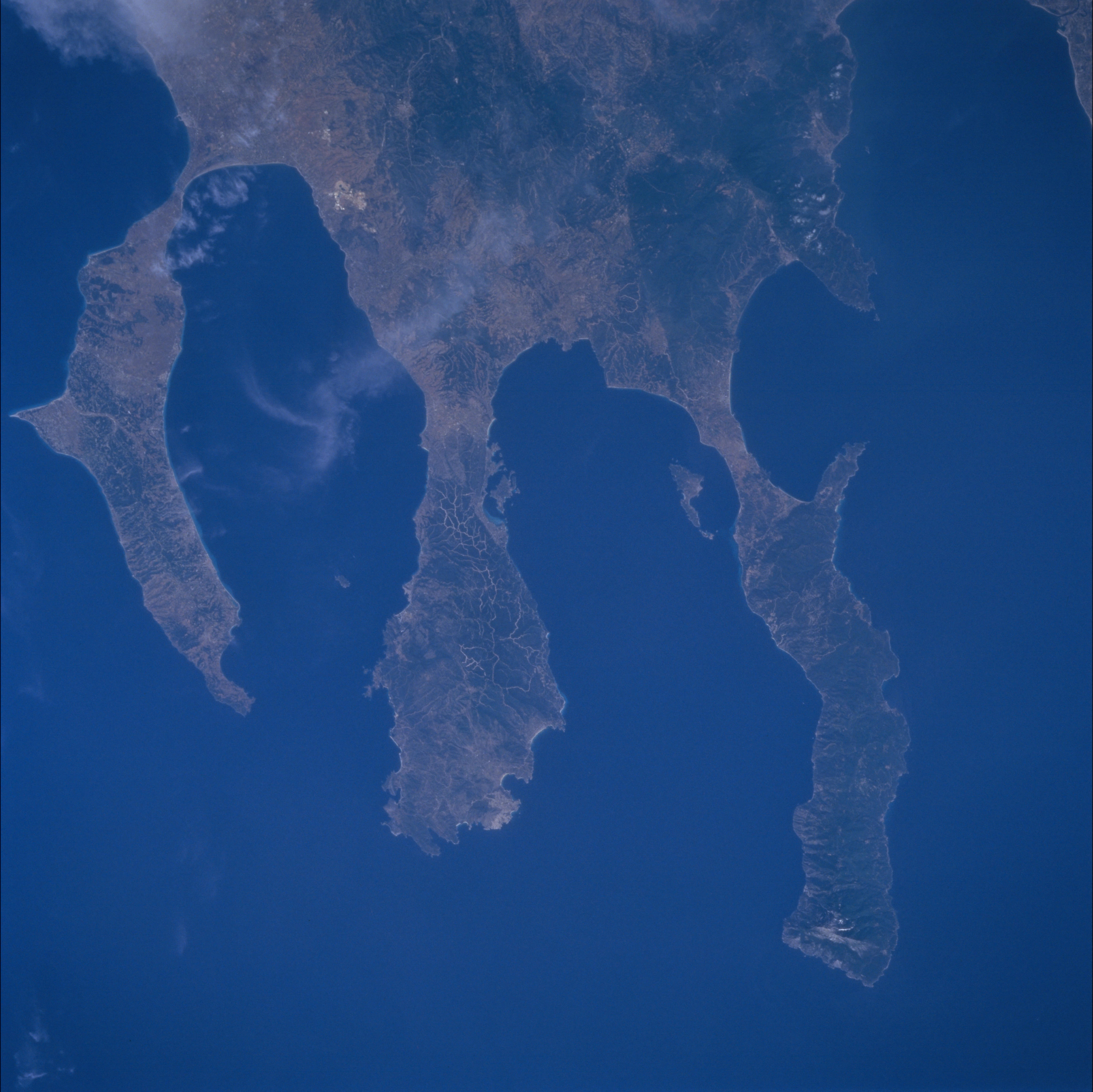 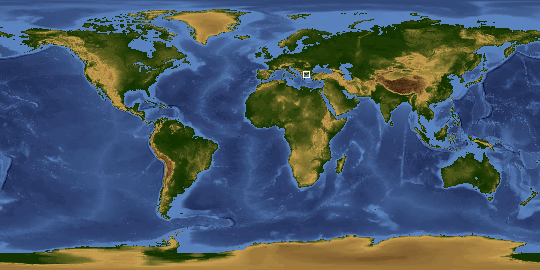 Other options available:
Download Packaged File
Download a Google Earth KML for this Image
View photo footprint information
Image Caption: Chalcidice peninsula itself has three promontories known as (left to
right), Kassandra, Sithonia and Akti, which appear prominently from
low earth orbit. The 30-mile long eastern promontory of Akti (right)
is renowned in Greece as a center of twenty Orthodox Christian
monasteries, classed under the constitution as semiautonomous
communities. The monasteries lie along the coast at the foot of
famous Mt. Athos (also known as the Holy Mountain) which appears as
the devegetated high point near the tip of the promontory. In his
"massive invasion" of Greece in 480 BC, Persian King Xerxes I
excavated a canal at the narrow (1.5 mi. wide) base of the Akti
"finger" to avoid leading his fleet around the dangerous seas on the
tip of the finger. The now-filled remains of the canal can be seen in
this view.