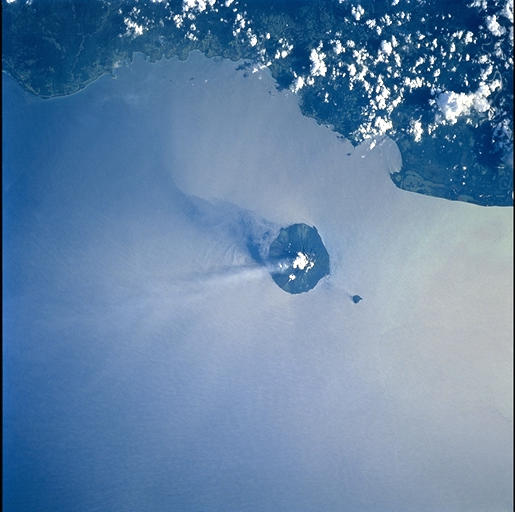 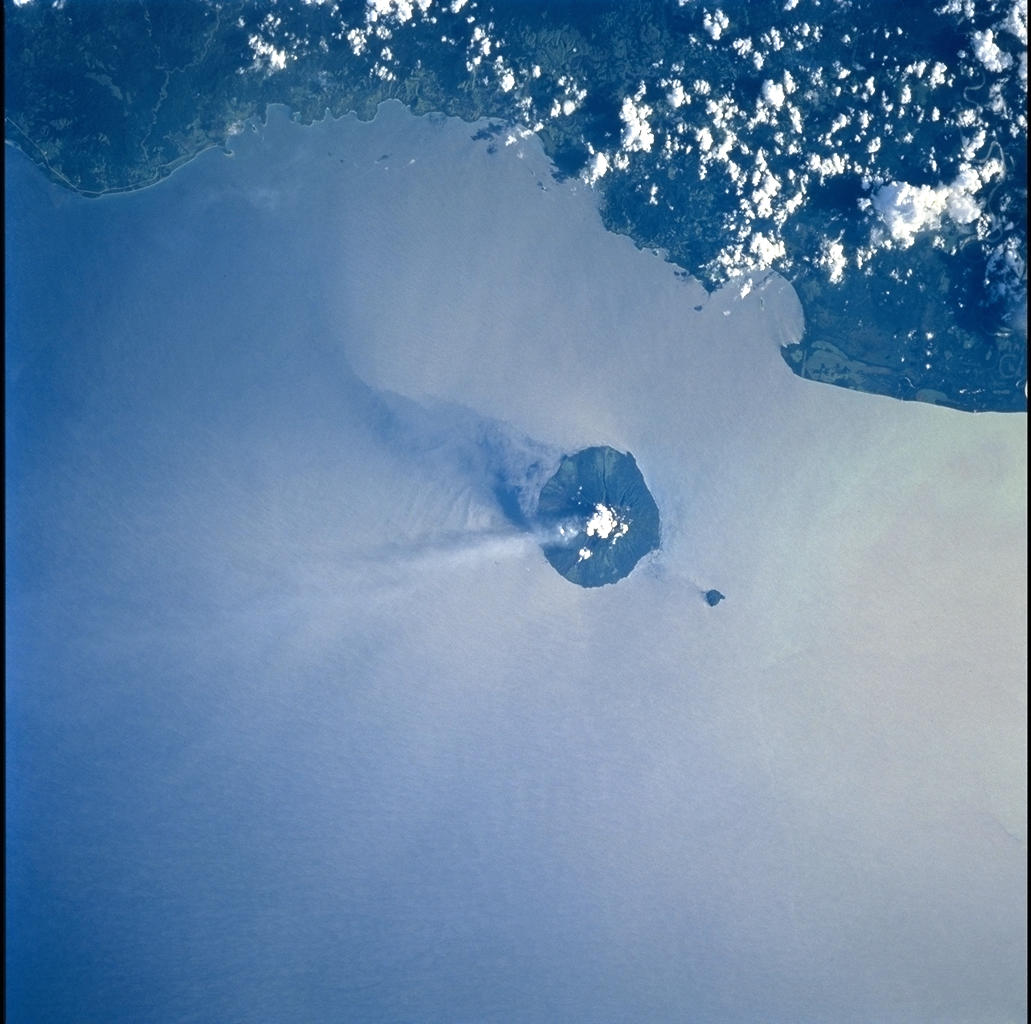 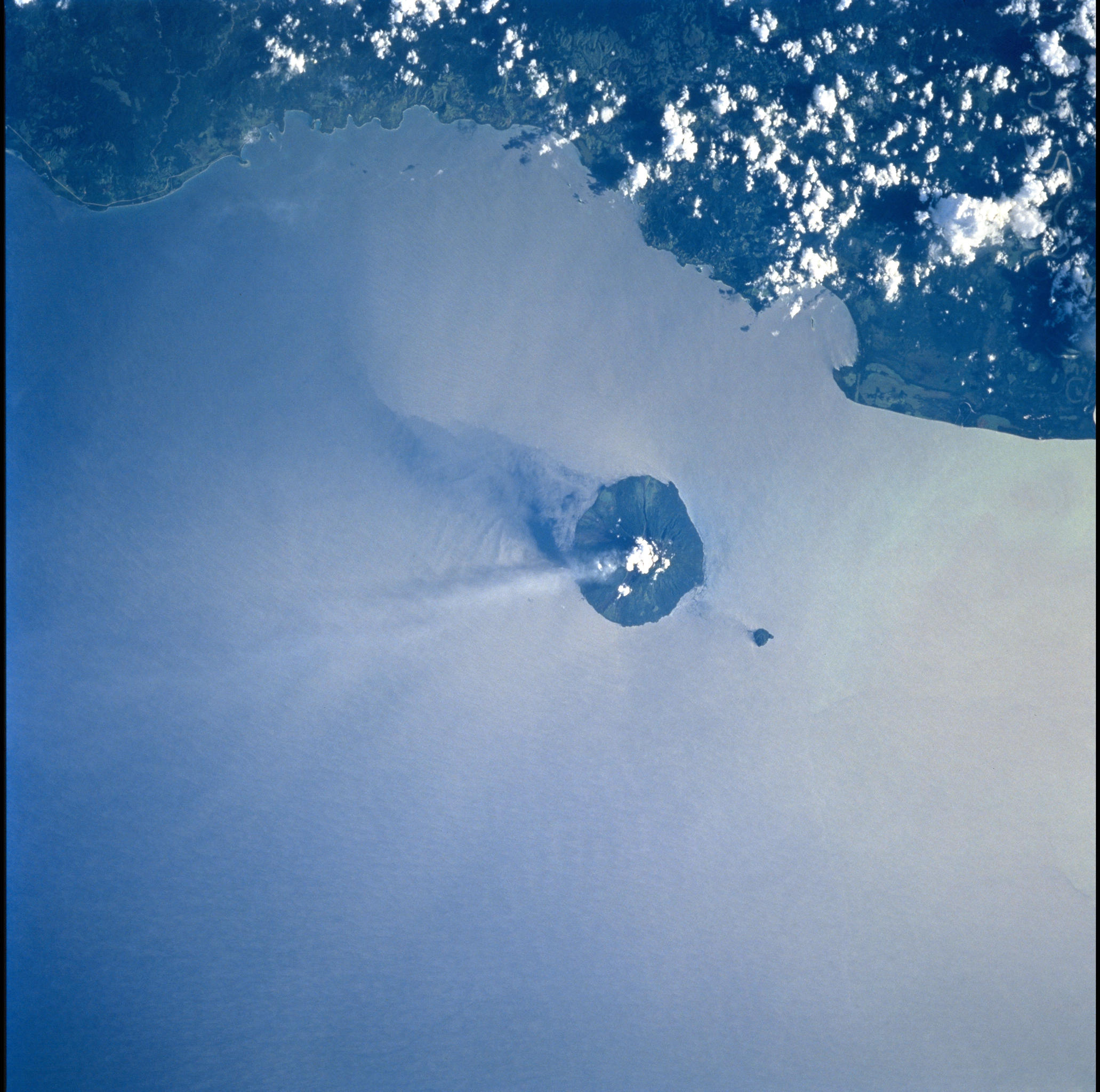 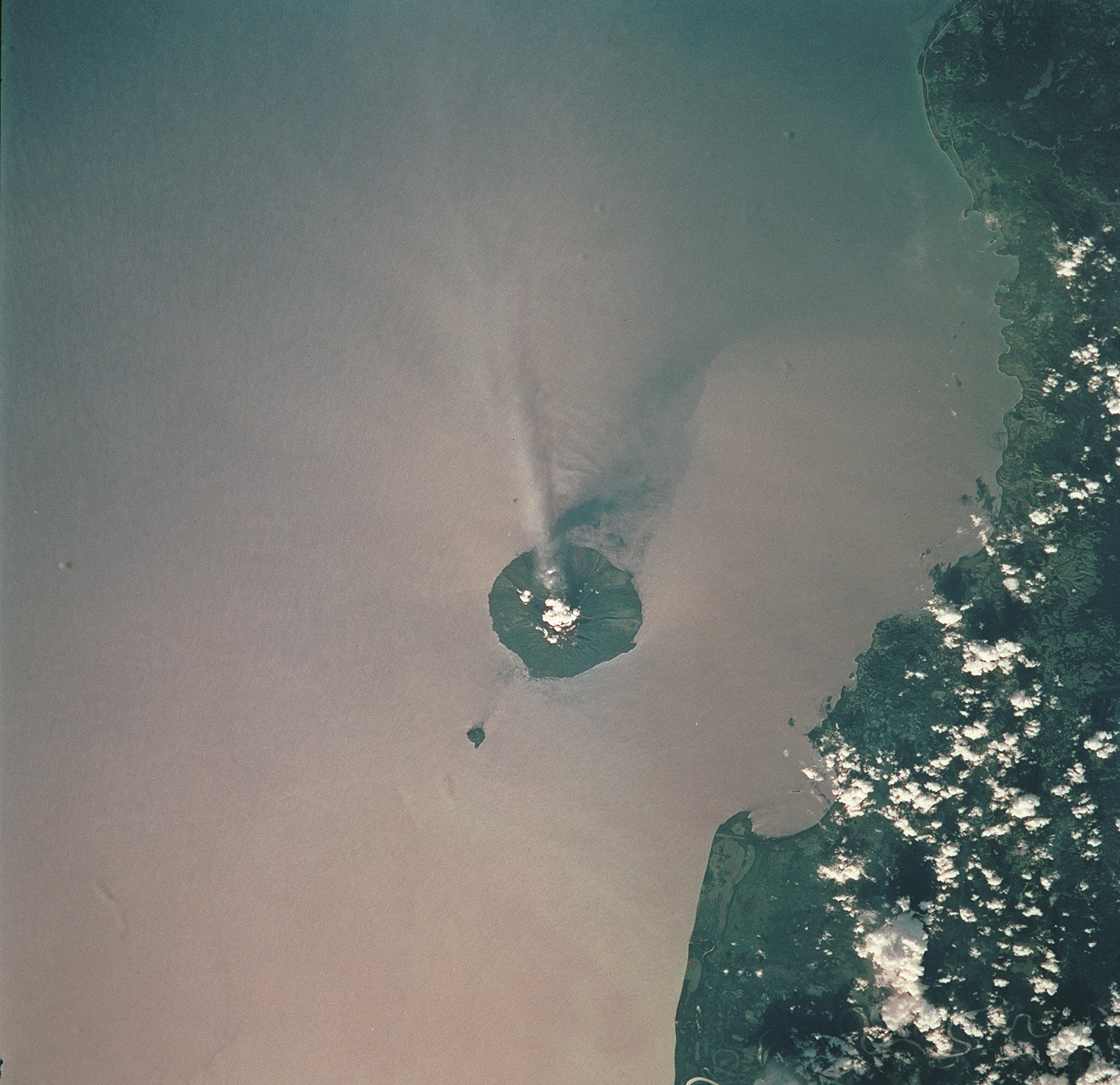 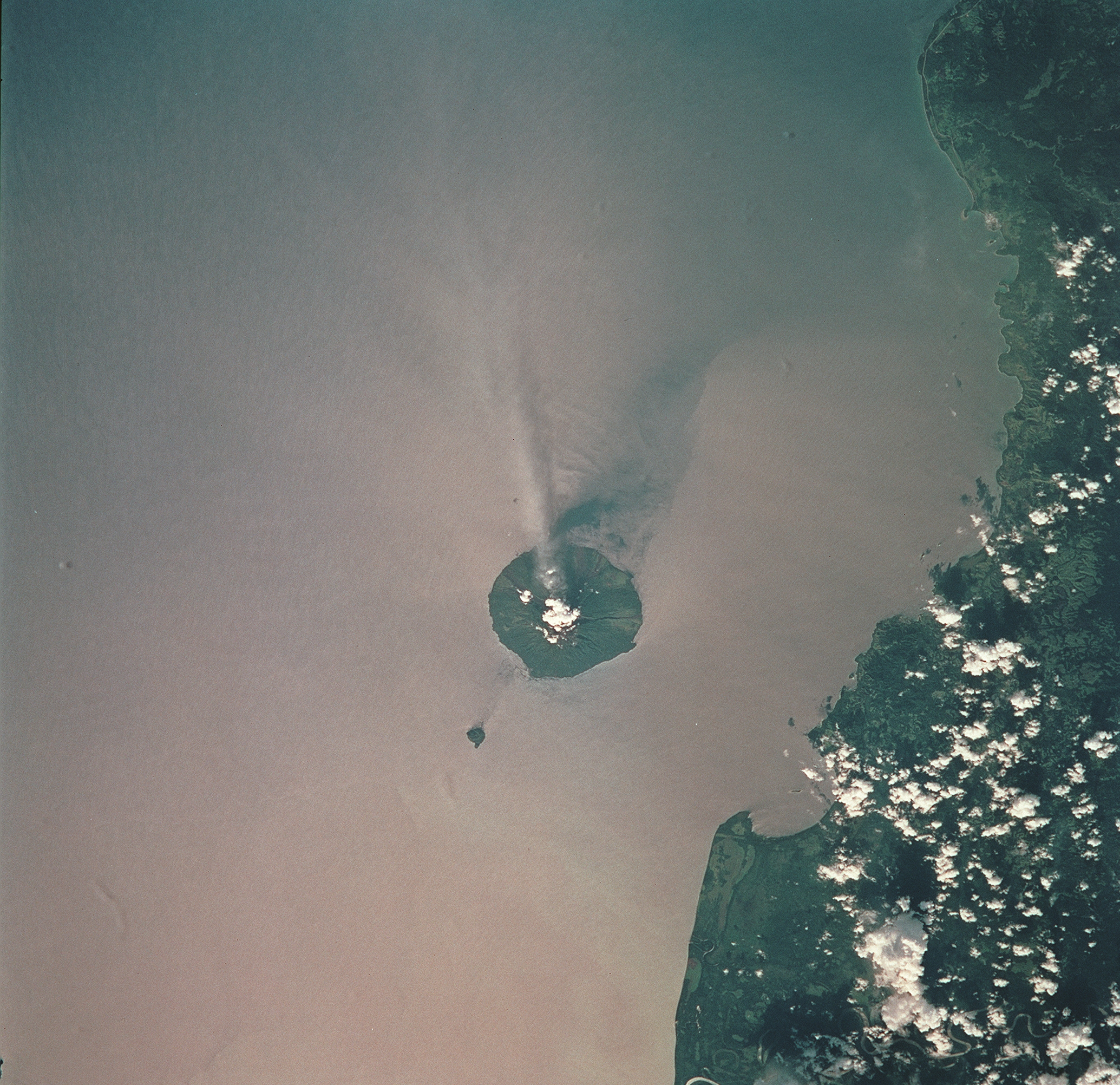 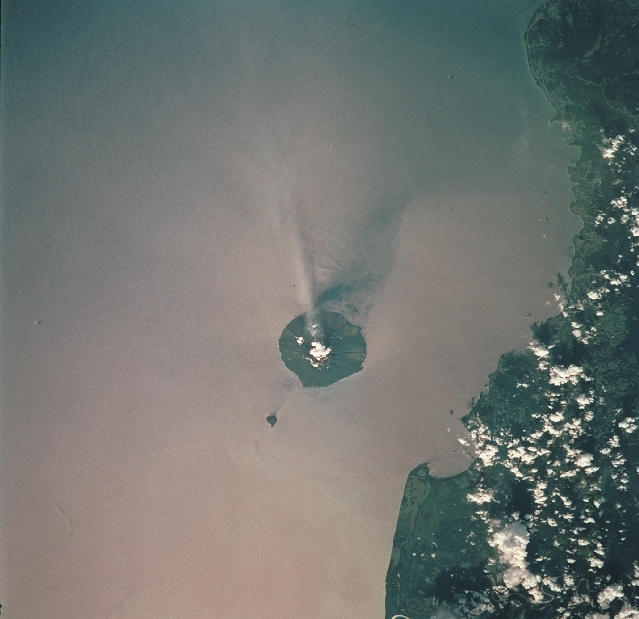 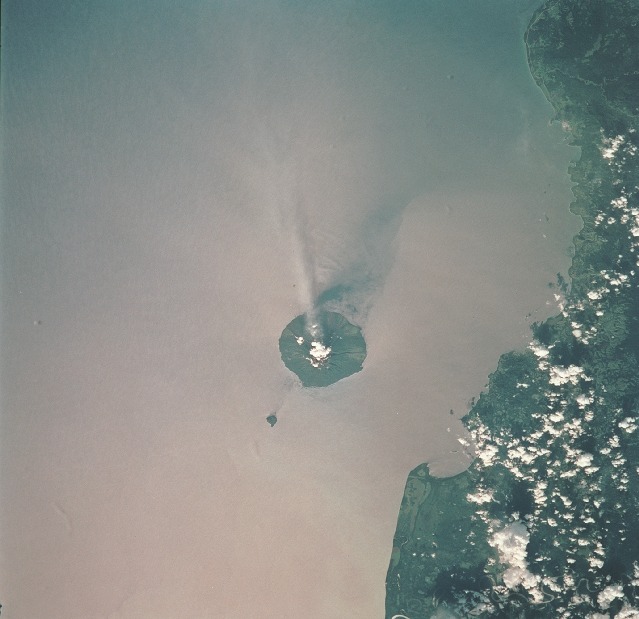 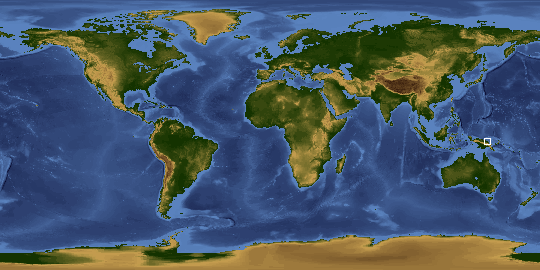 Other options available:
Download Packaged File
Download a Google Earth KML for this Image
View photo footprint information
Image Caption: The volcanic island of Manam, along the northeast coast of Papua New Guinea, is one in a string of currently active volcanoes called the Bismarck Arc. Manam is the most active of the group and began its present activity in 1994. The plume of steam and ash streaming from its crater extends more than 20 miles into the atmosphere.