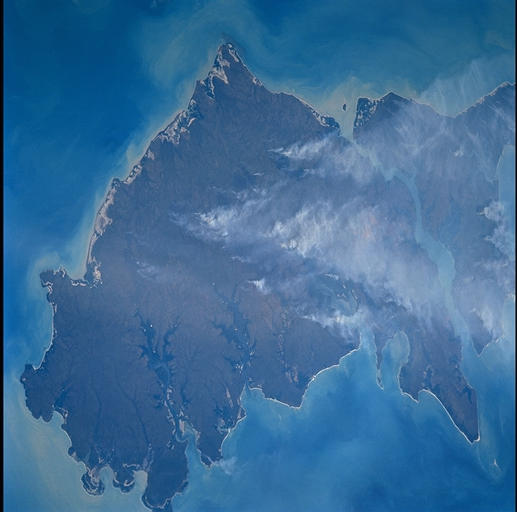 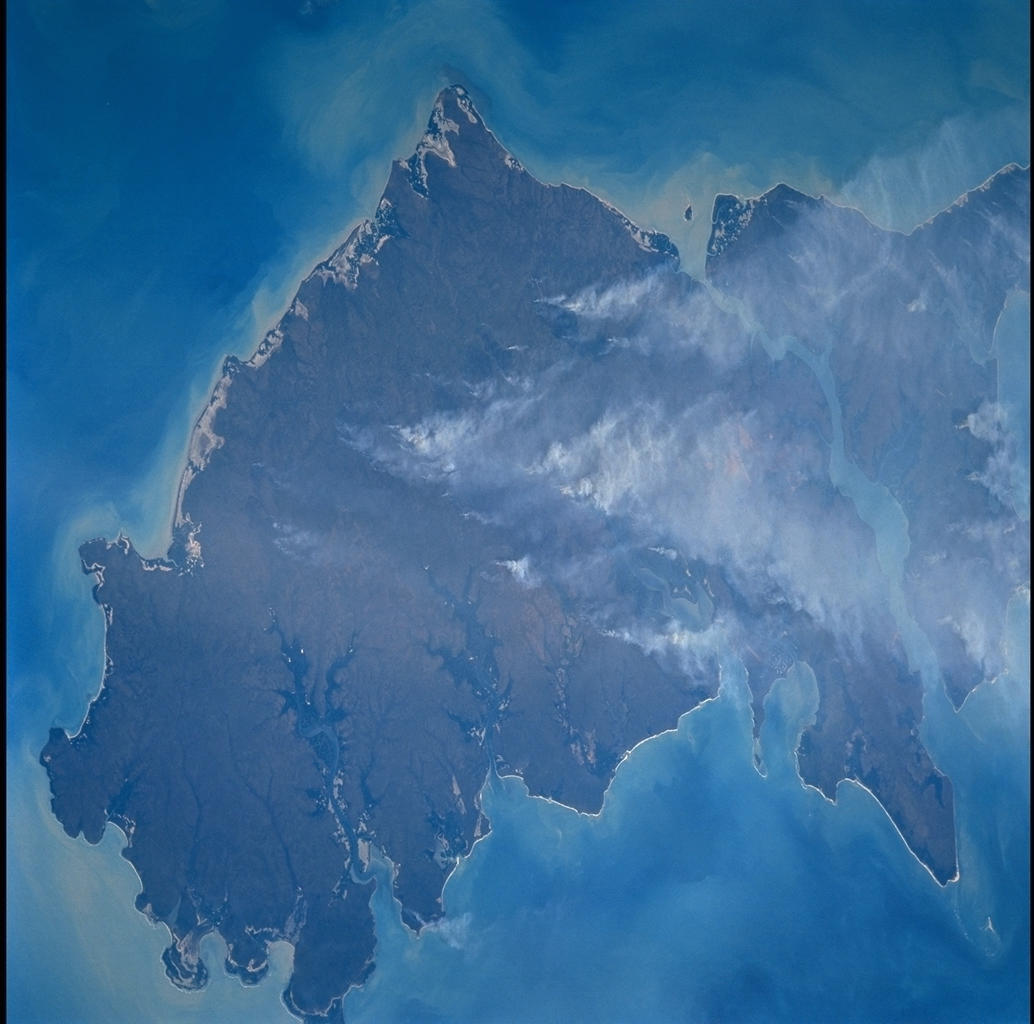 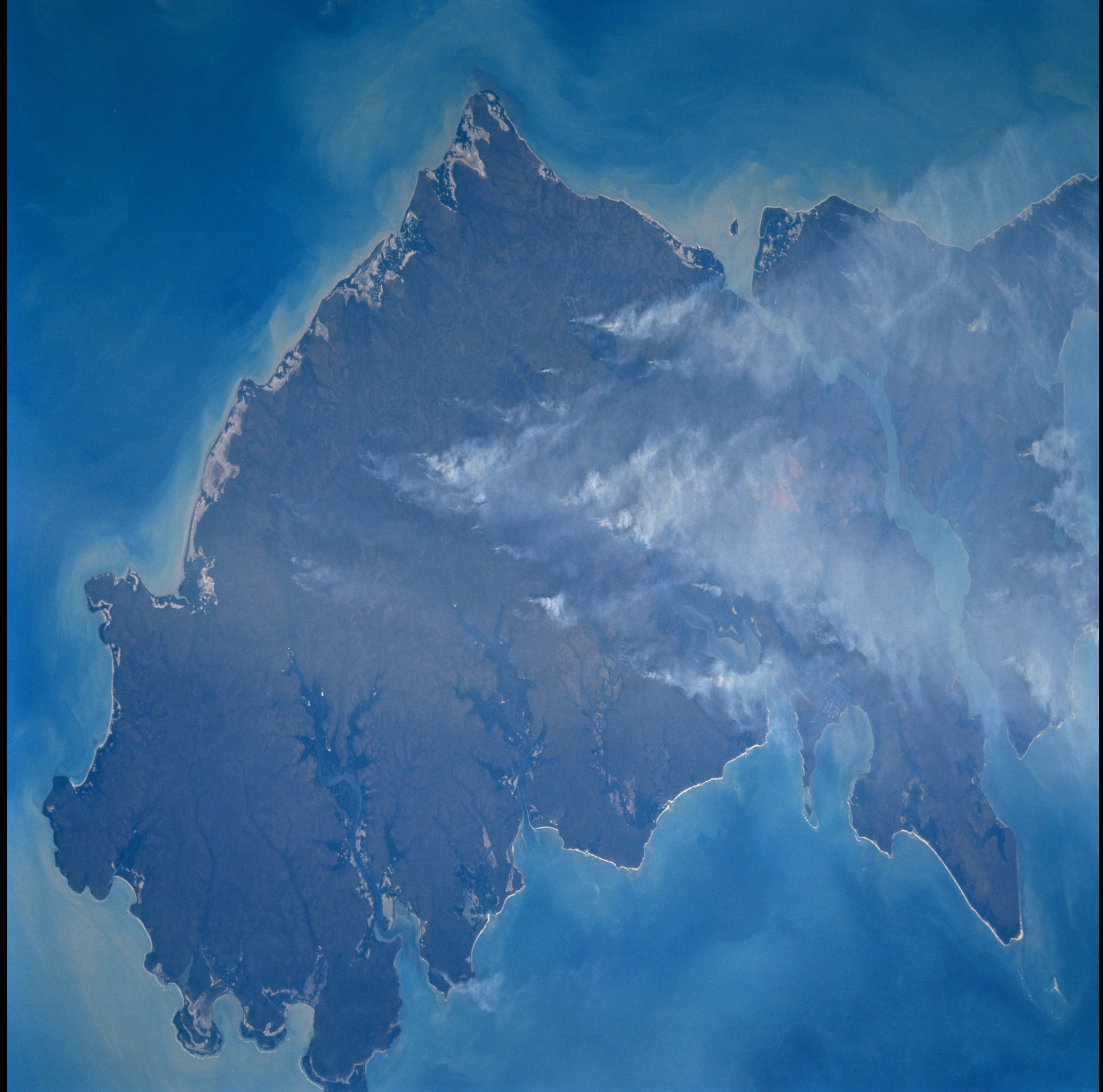 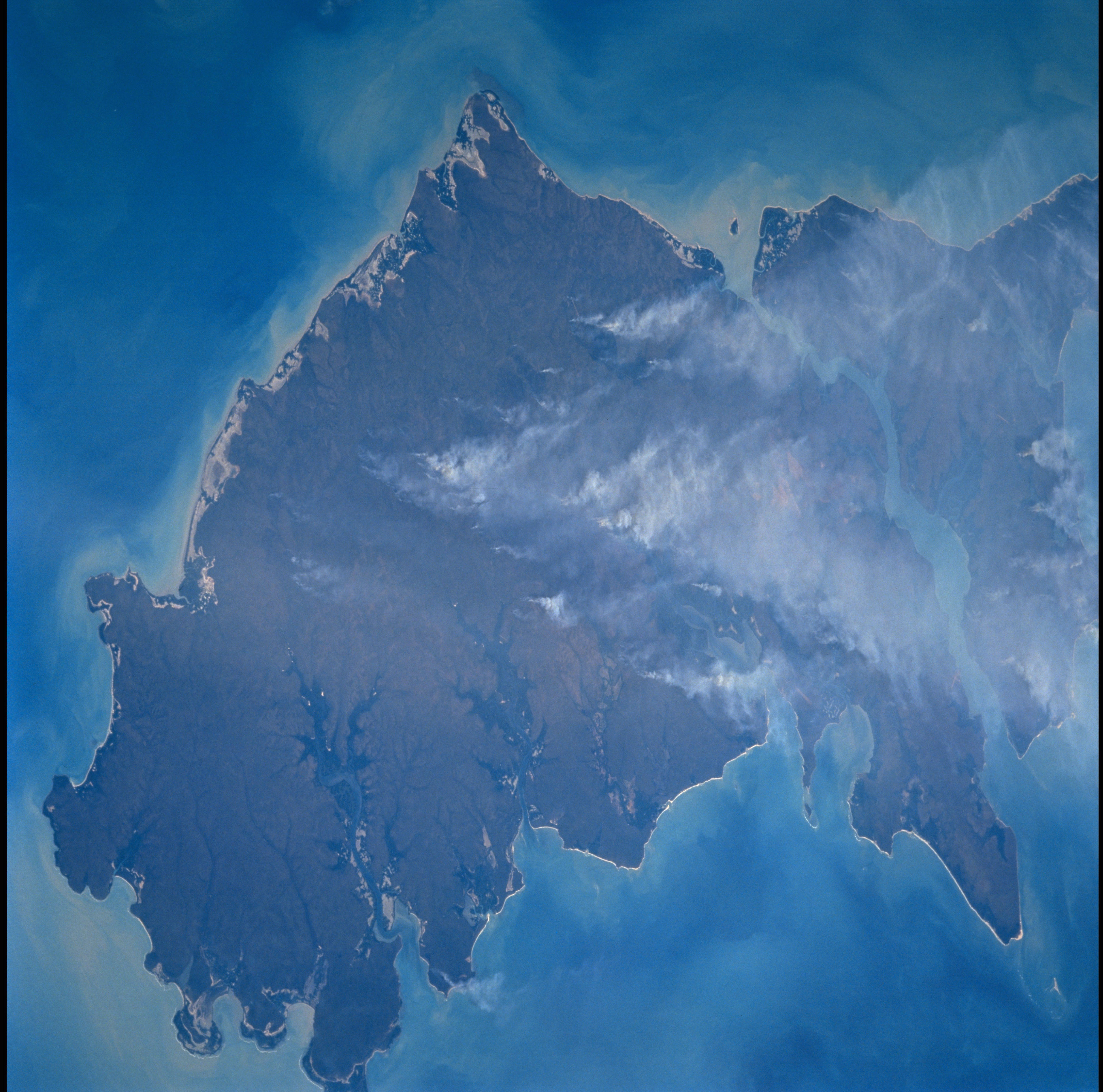 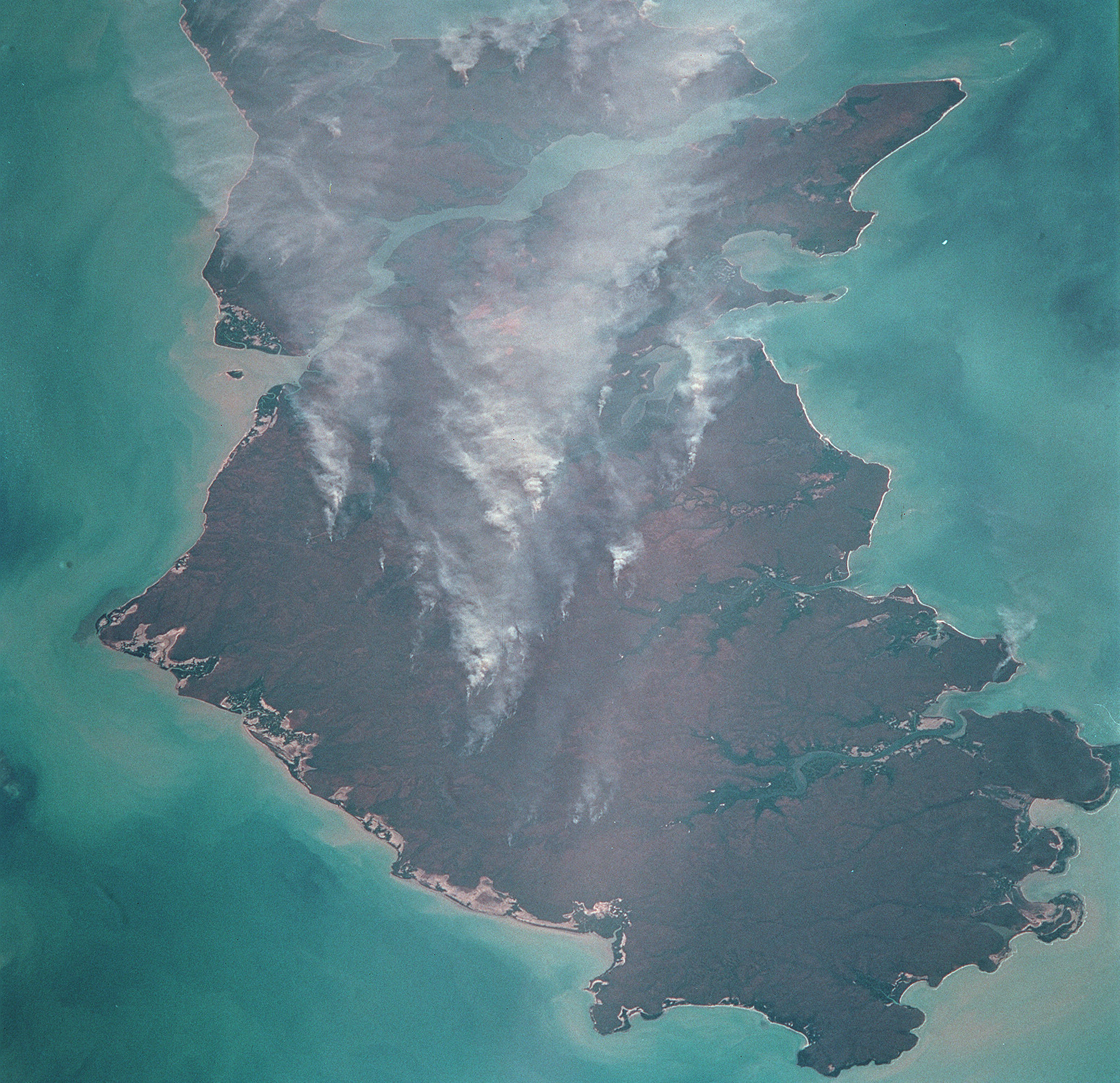 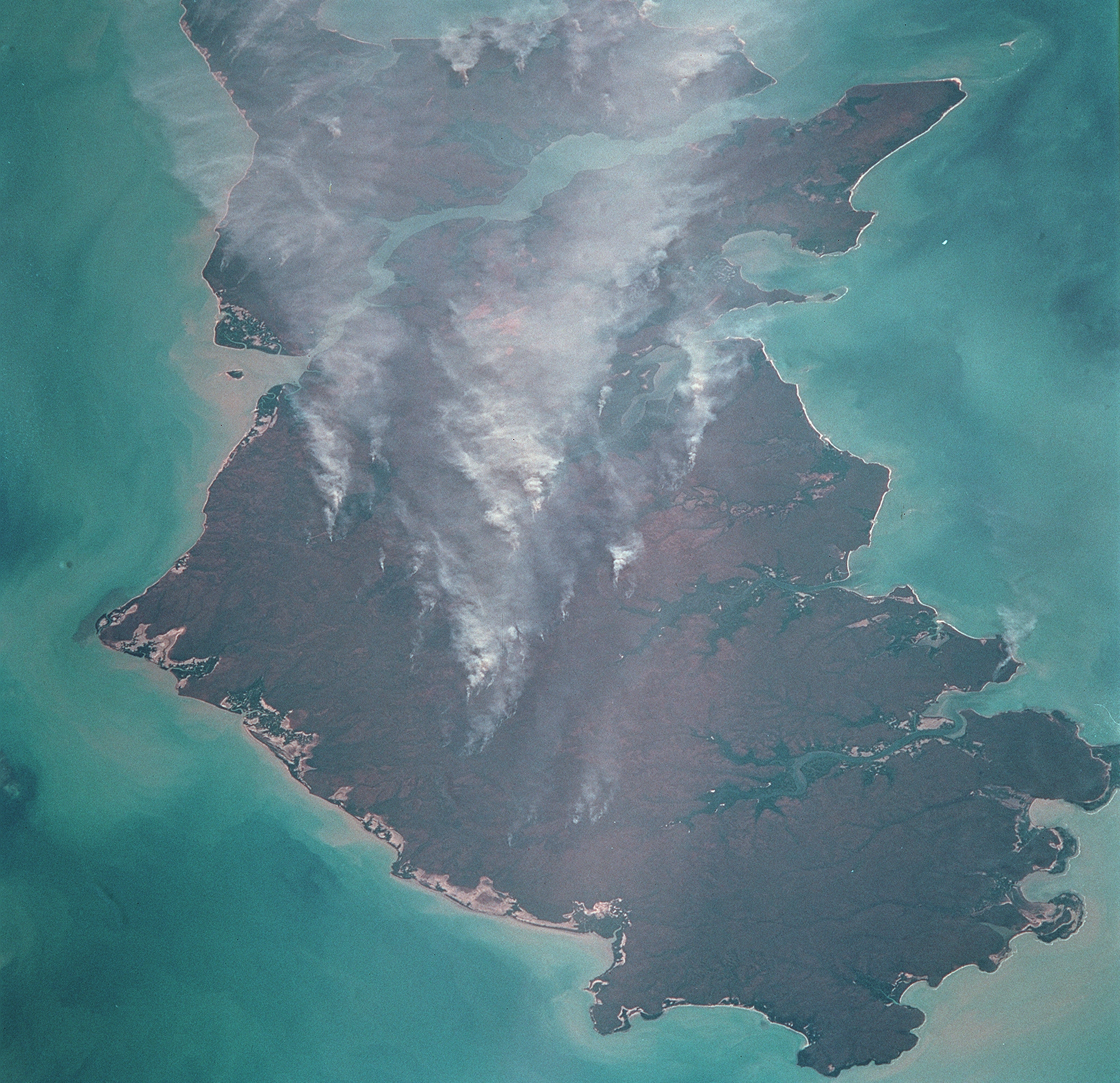 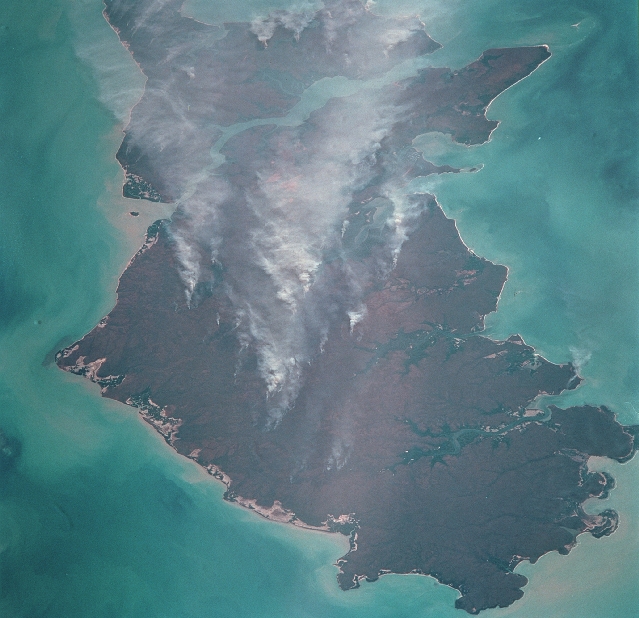 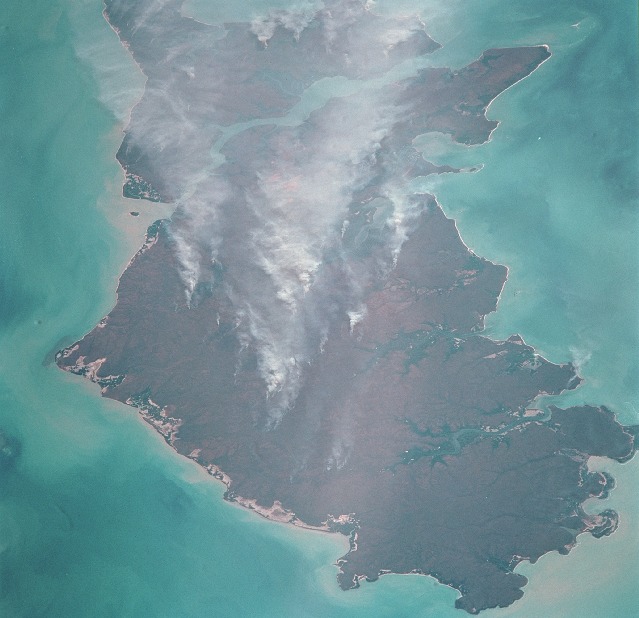 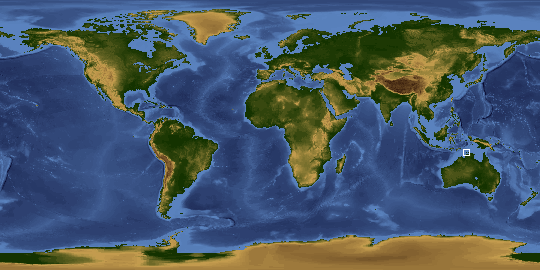 Other options available:
Download Packaged File
Download a Google Earth KML for this Image
View photo footprint information
Image Caption: Melville Island (bottom) and Bathurst Island are across Clarence Strait just north of the city of Darwin in the Northern Territory of Australia. In 1978, ownership of Melville passed from the Ausrtalian government to the remaining indigenous Aboriginal people, the Tiwi. Seasonal fires are common in the region; winter is the season for agricultural land clearing of the native monsoonal forests. Smoke from the fires on the islands is being blown NW by the prevailing winter winds.