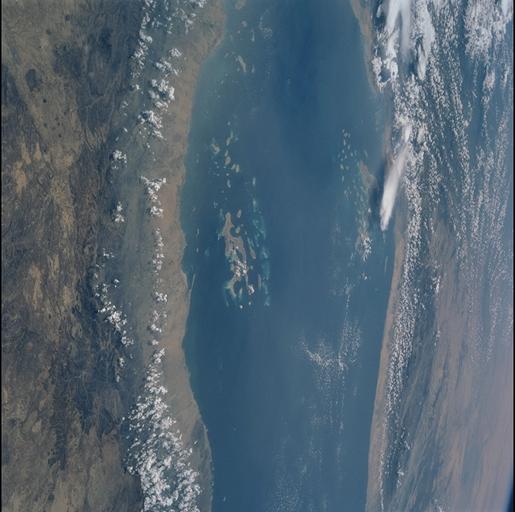 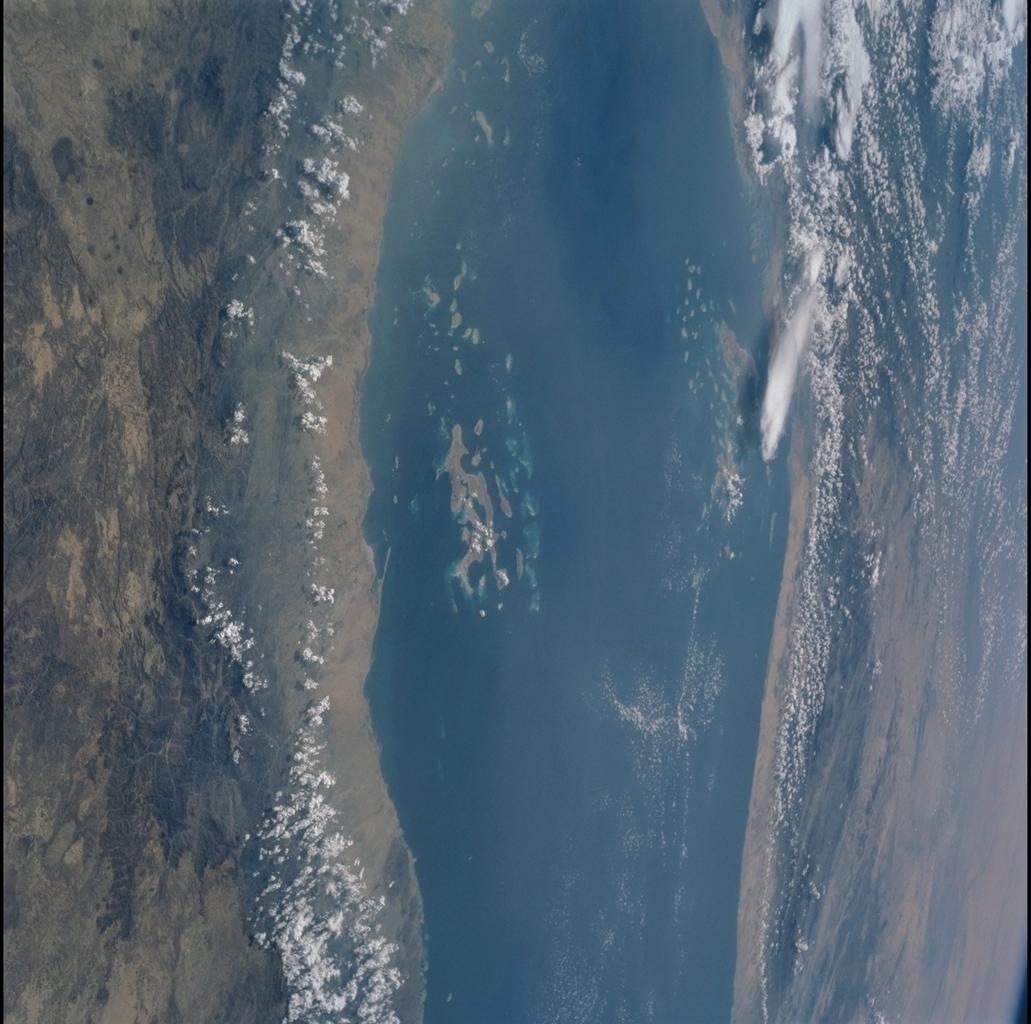 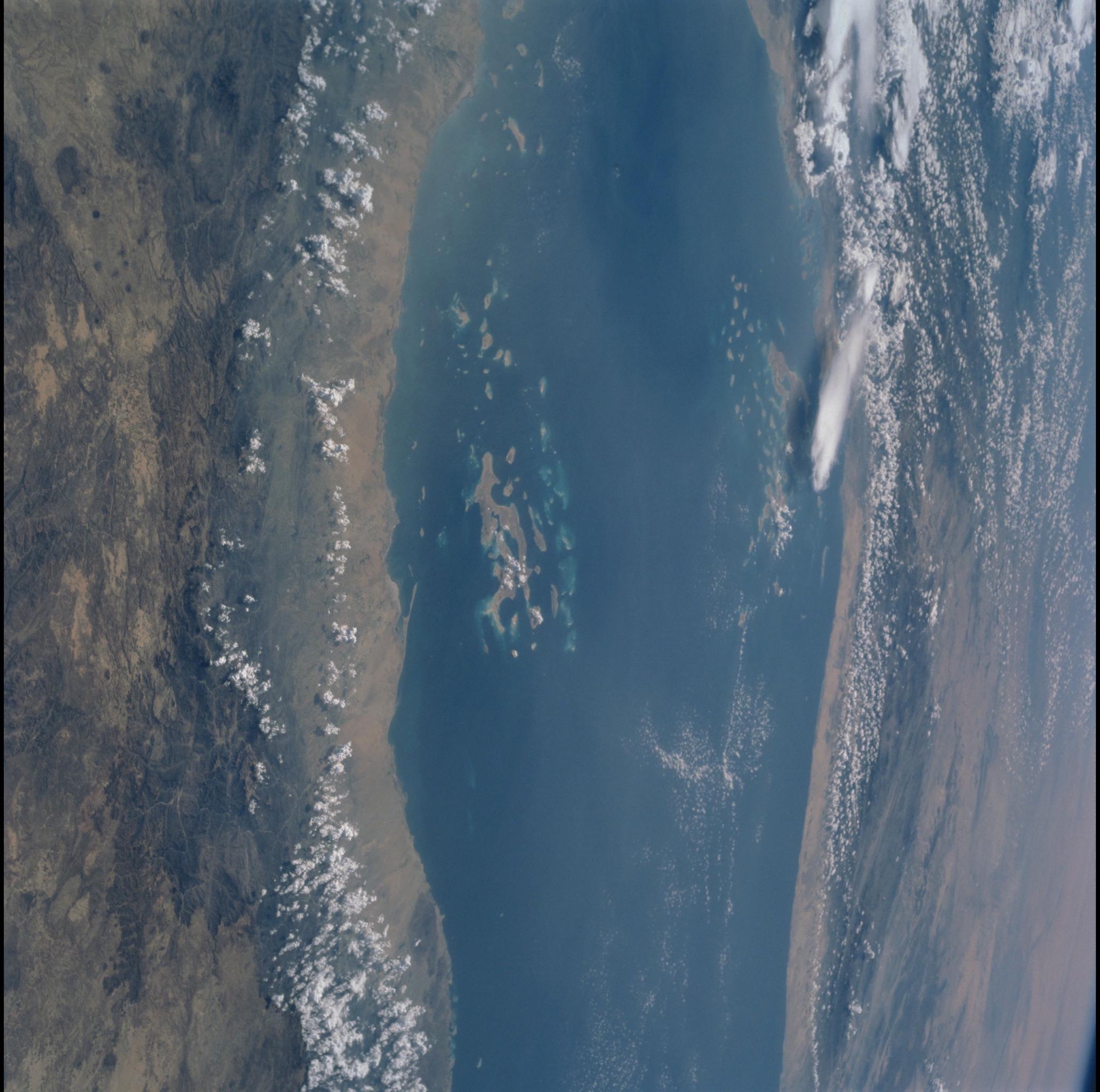 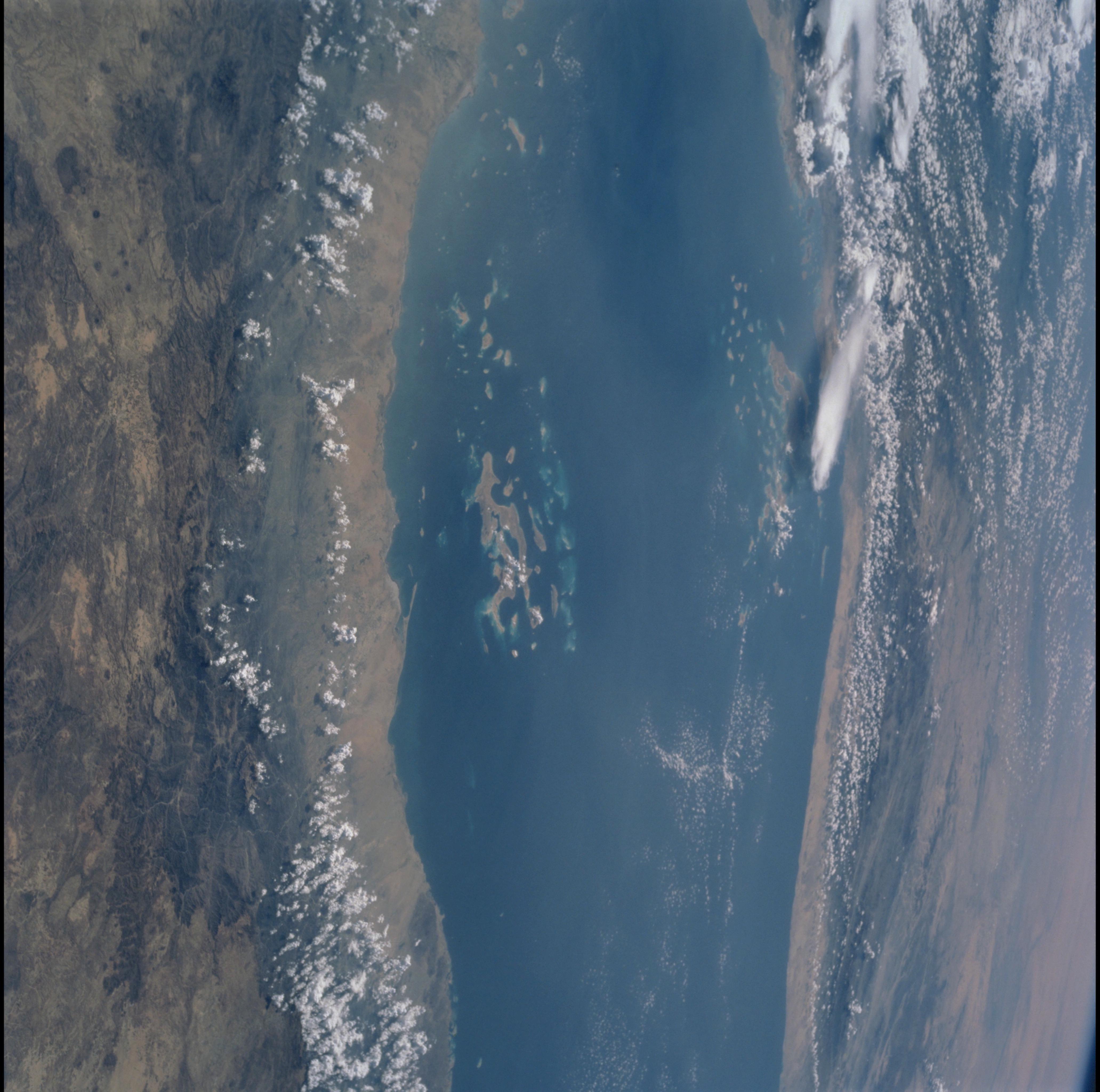 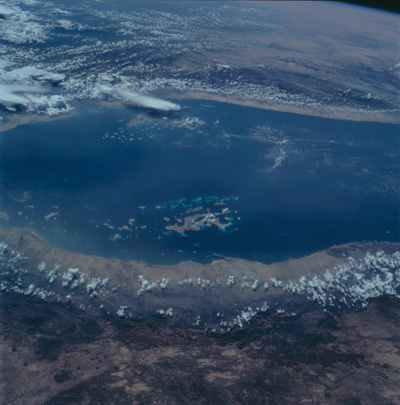 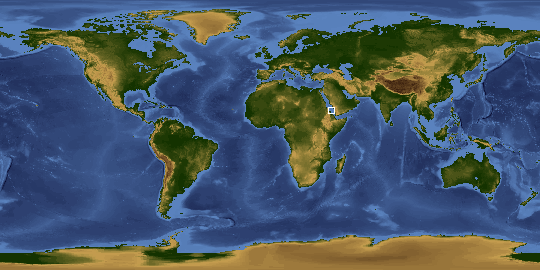 Other options available:
Download Packaged File
Download a Google Earth KML for this Image
View photo footprint information
Image Caption: Red Sea Reefs
Along the Saudi Arabian coast of the Red Sea (near side) is the Farasan
Archipelago; across the Sea, off the coast of Eritrea, is the Dahlak
Archipelago. Corals and other marine organisms have colonized the
margins of submerged fault blocks of the Red Sea rift; thus, the reefs
show the same northerly alignment as the coastline and the faults
onshore. A national marine park has been proposed for the Dahlak
islands, an area with abundant and diverse fish life, as well as
breeding populations of sea turtles. The Farasan Archipelago, which
covers about 600 square kilometers, hosts the most extensive stand of
mangroves in the Red Sea, and seagrass beds fringing the islands are
important nursery grounds for Spanish mackeral.