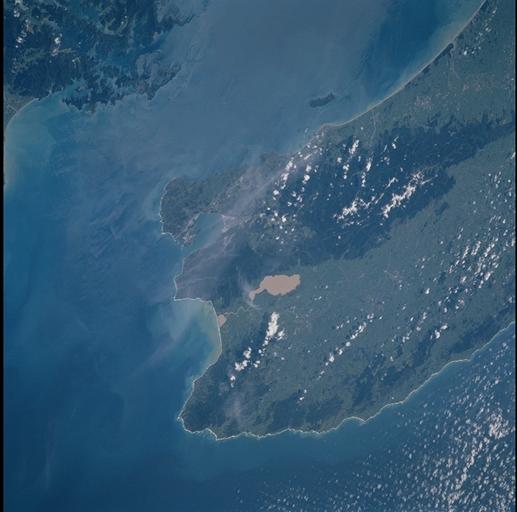 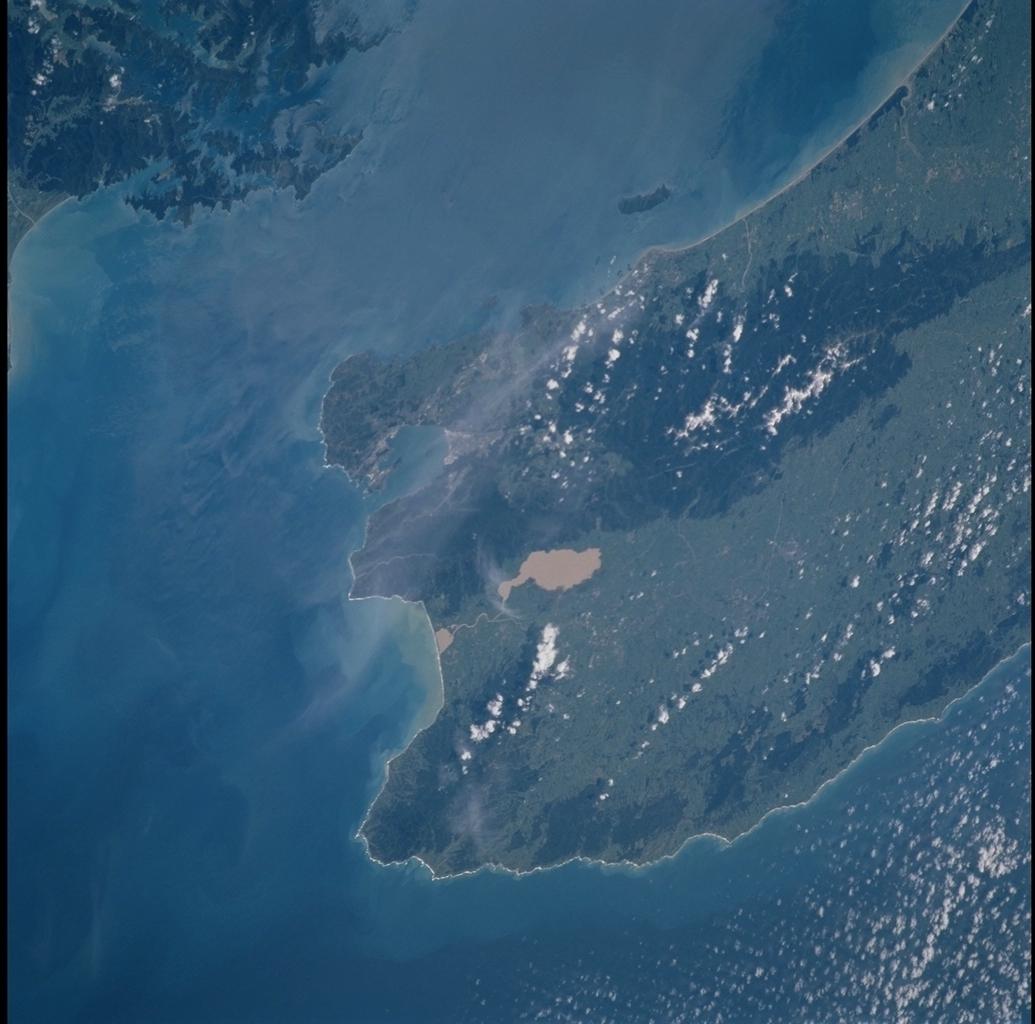 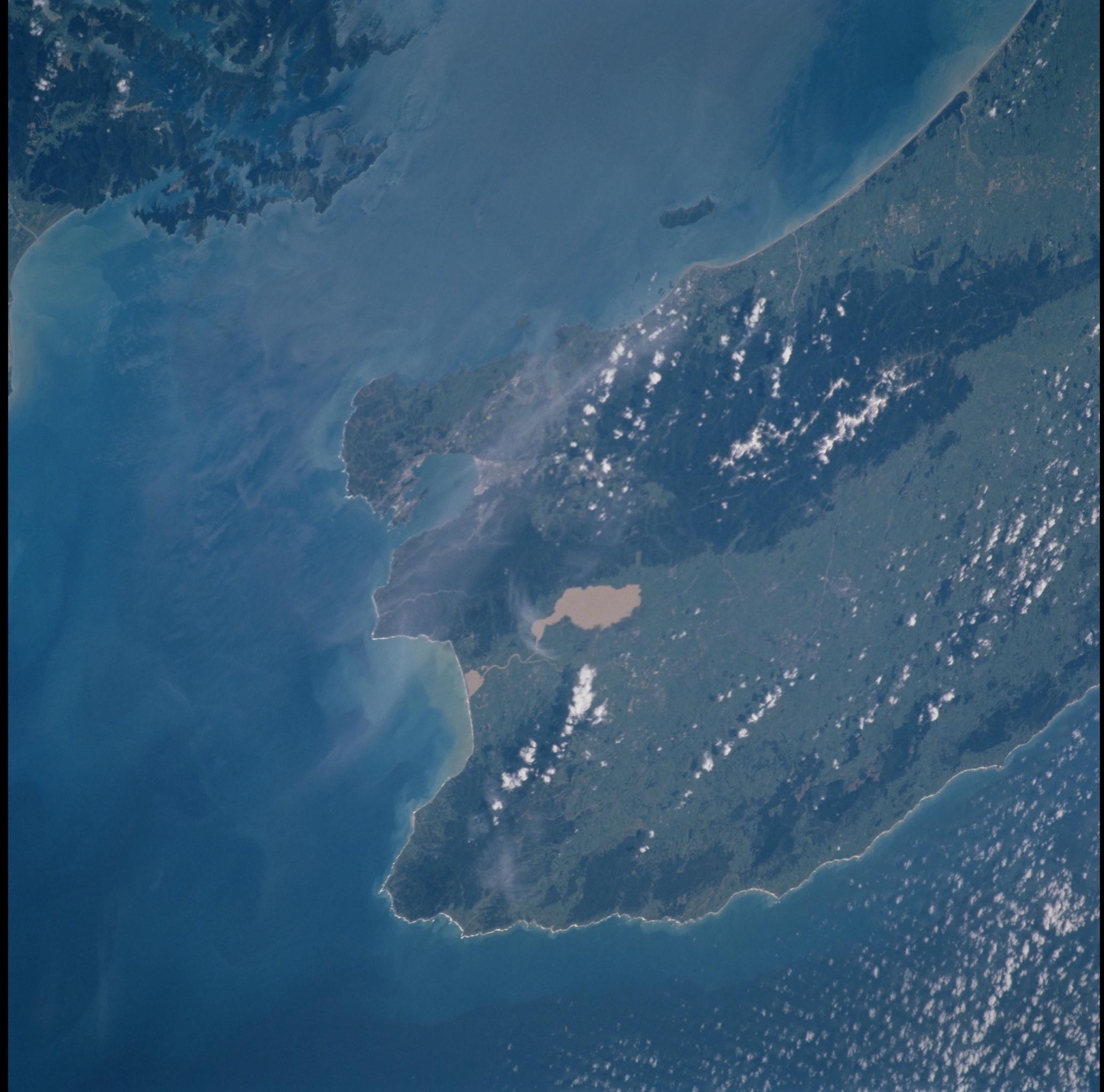 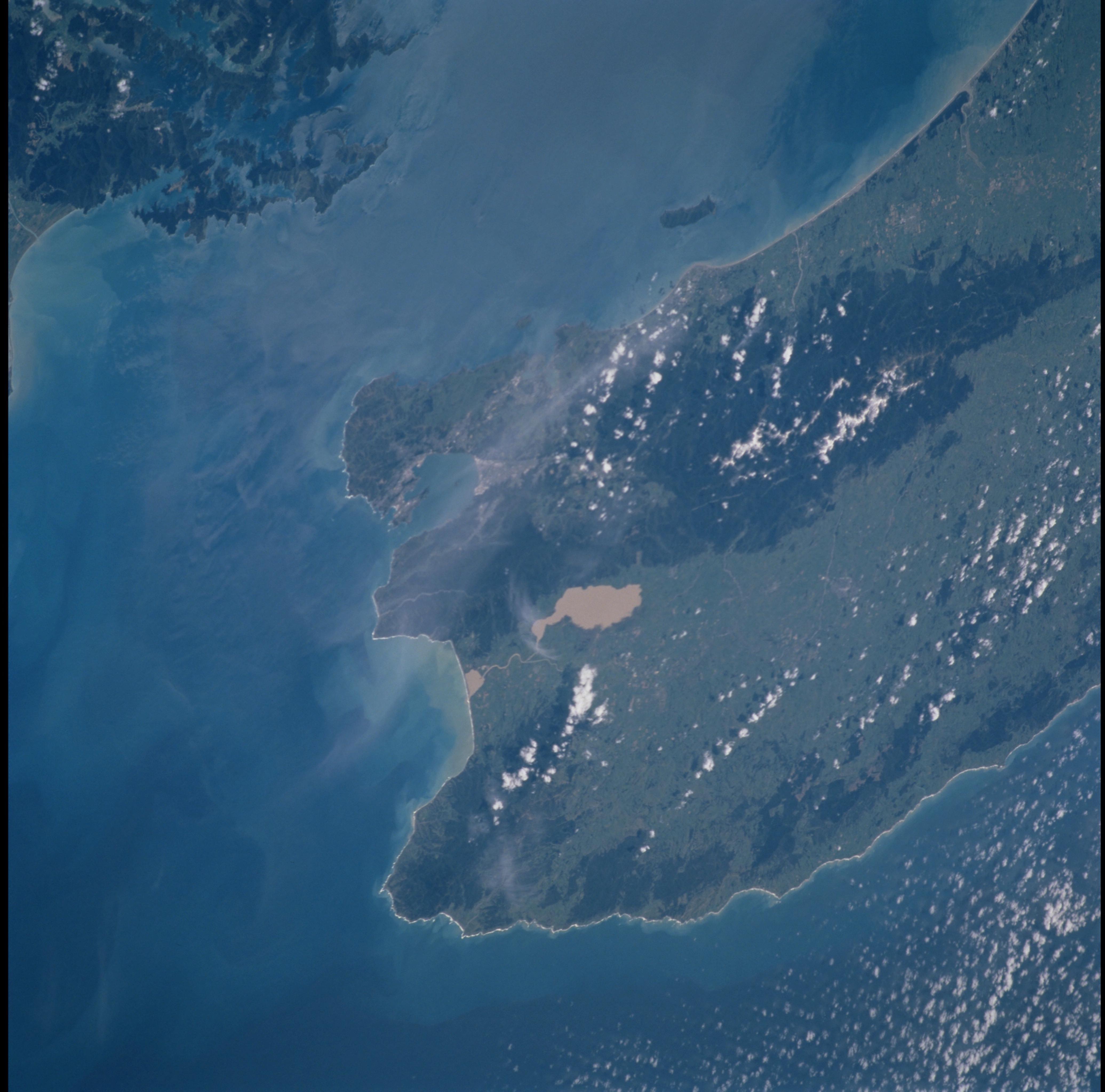 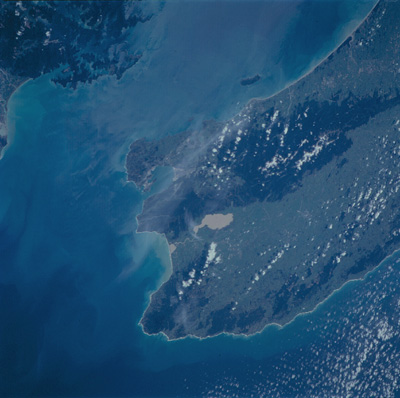 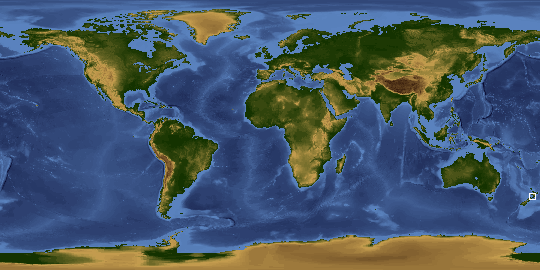 Other options available:
Download Packaged File
Download a Google Earth KML for this Image
View photo footprint information
Image Caption: Wellington, North Island, New Zealand
The city of Wellington is on Port Nicholson bay at the southern tip of
North Island and lies astride a strand of the Marlborough fault zone
(sharp linear break between darker vegetated and light-colored areas).
The structural style of the Australian/Pacific tectonic plate boundary
changes in the region of the Marlborough zone: the Hikurangi trench
system (subduction zone) along the east side of North Island gives way
to the Alpine fault system (transform zone) through South Island.
Earthquakes are common in the Wellington area, as activity on faults of
either the Alpine or the Hikurangi system can result in ground movement
in the Marlborough zone.