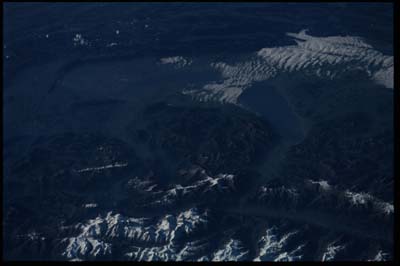 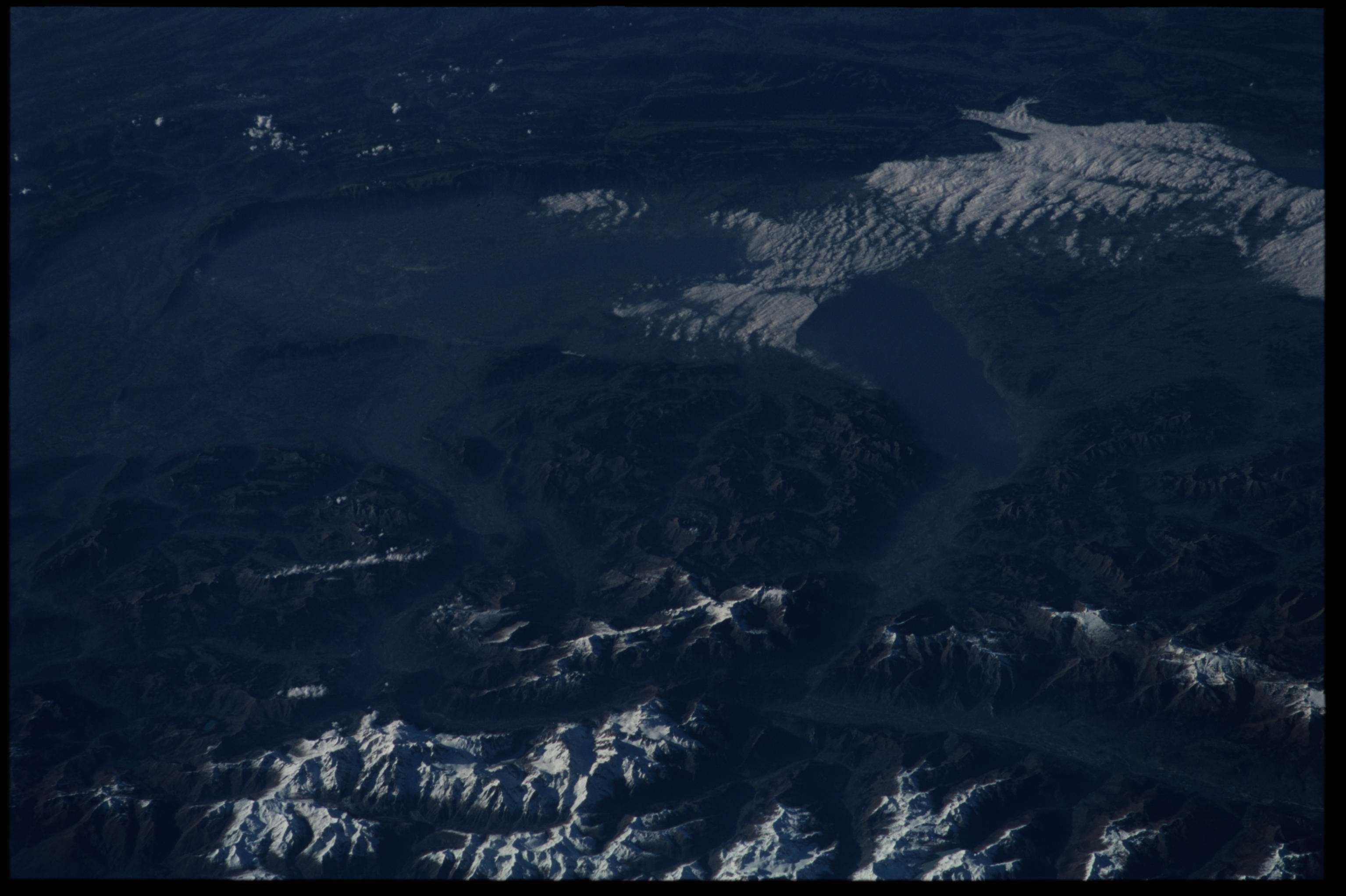 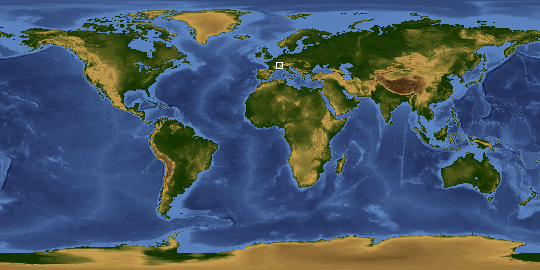 Other options available:
Download Packaged File
Download a Google Earth KML for this Image
View photo footprint information
Image Caption: Swiss Alps-Lake of Geneva and Mont Blanc
This view of far western Switzerland shows the Lake of Geneva center and
the Jura Mts of southeast France across the top. Because of the oblique
look angle (towards the northwest)-and because of the clarity of the air
at high altitudes-the major ranges of the Alps appear in great detail
and even appear three-dimensional. Mont Blanc, the highest point in
Europe at 4808m (~15600 ft), lies in the knot of snowy peaks in the
lower left corner. Note how the lake and its valley, extending to the
left margin of the view, appear duller than the high, snow covered
ridgelines of the mountains. Apparently the air at lower levels is less
clear, presumably as a result of air pollutants emitted from power
plants and industry. The city of Geneva lies at the south end of the
lake (far left).