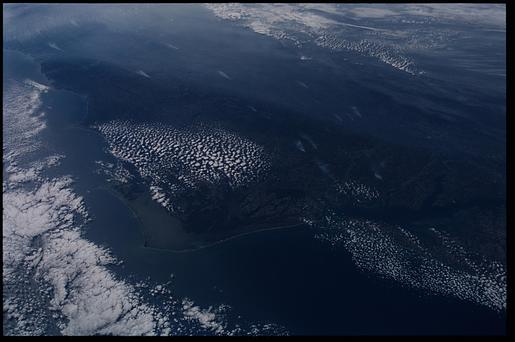 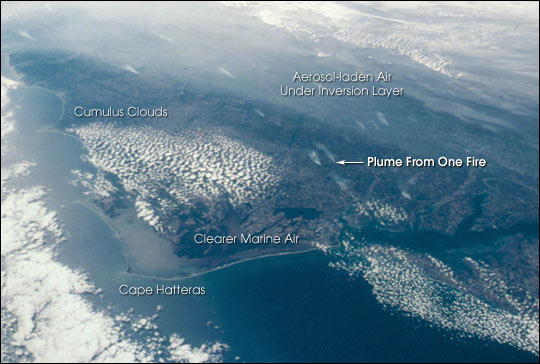 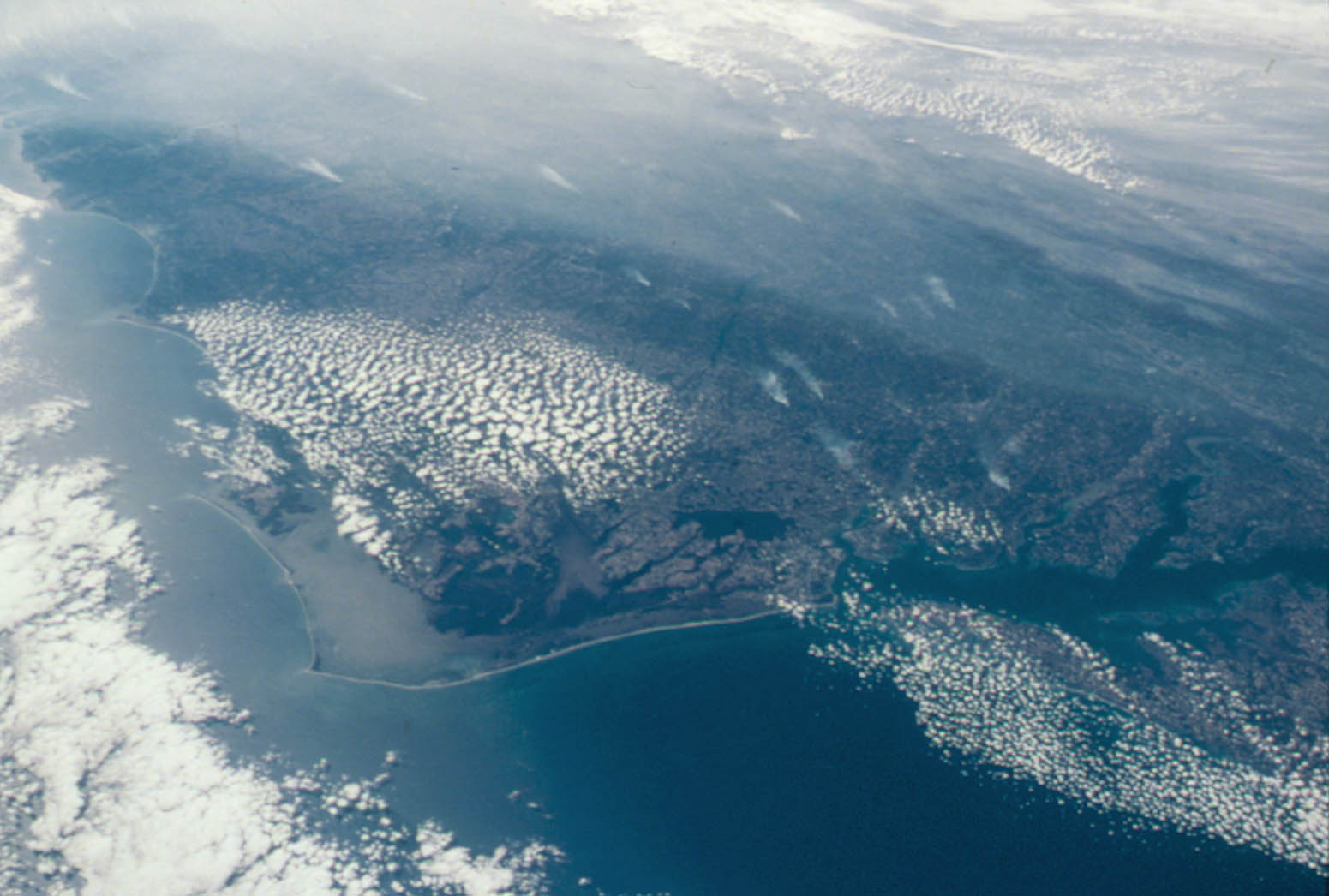 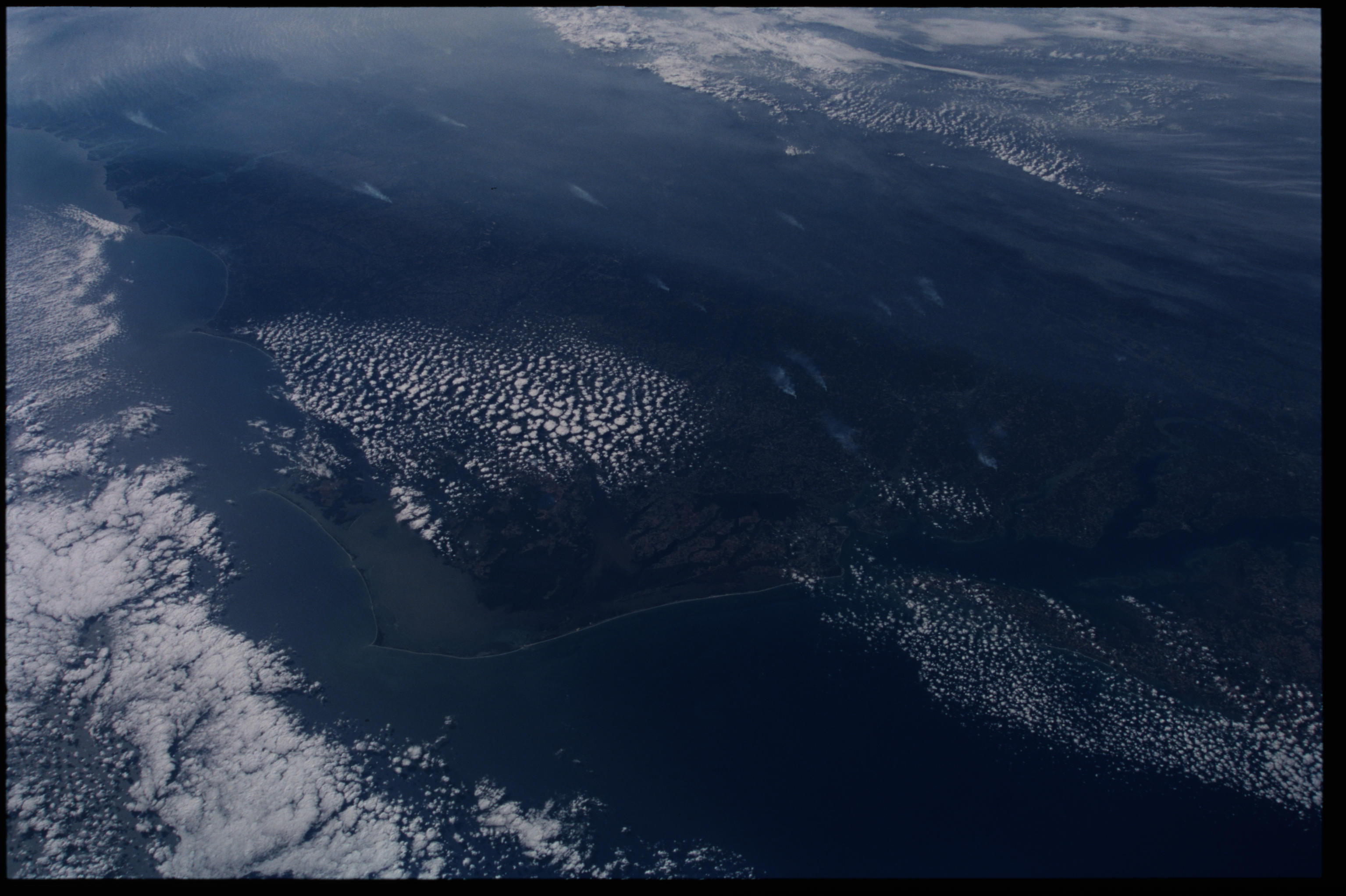 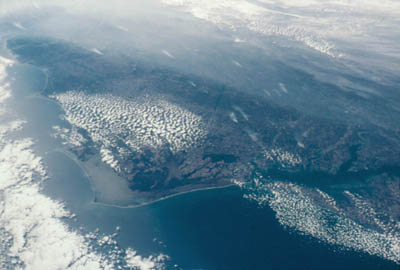 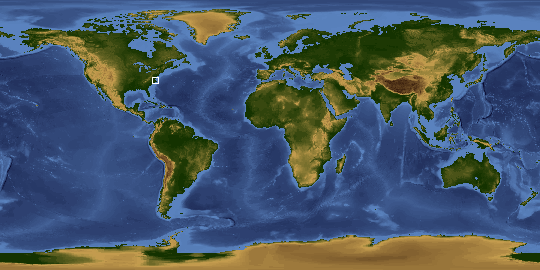 Other options available:
Download Packaged File
Download a Google Earth KML for this Image
View photo footprint information
Image Caption: This photograph taken from the Space Shuttle Discovery was taken at a slightly oblique look angle to better view air pollution and other atmospheric features. The photograph was taken with the Shuttle in a position over the Atlantic Ocean looking back toward the North Carolina and Virginia coast. The astronauts used a 35 mm camera and standard color film. The section of coast shown stretches from the Delmarva Peninsula on the right to beyond Charleston, South Carolina on the left.

On October 23, 2000, high pressure centered over the northeastern U.S. had created a capping inversion for aerosols. Forest fire smoke and industrial air pollution accumulated under the inversion. The inversion pattern is stronger inland, and the aerosols are being banked against the Piedmont. Relatively clearer air is flowing from the ocean over the Carolina coastal plain. Small smoke plumes from individual fires can also be seen on the ground stretching from central Virginia to Raleigh, NC.