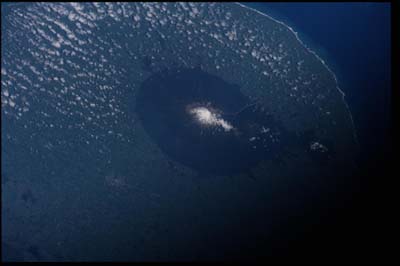 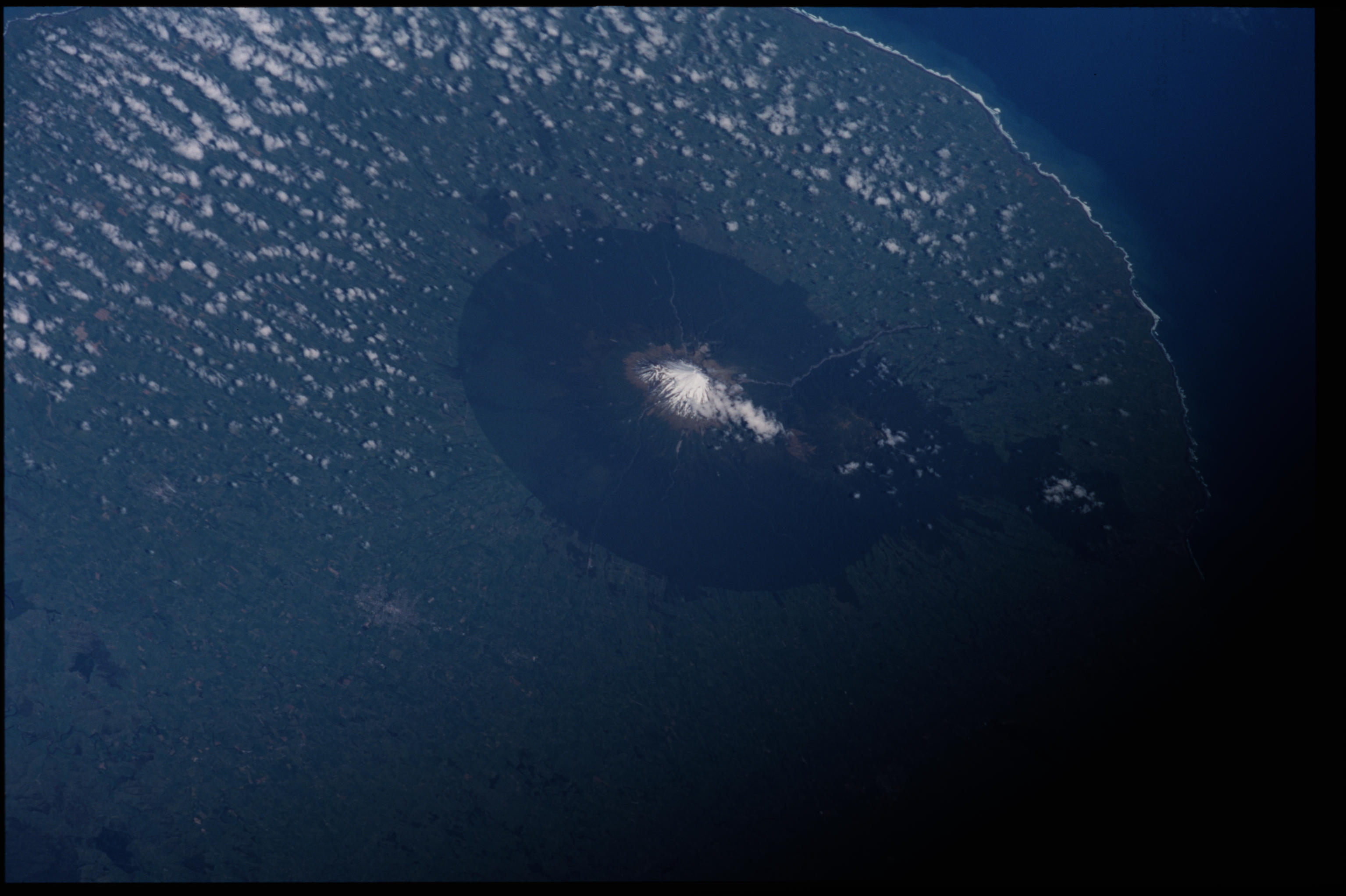 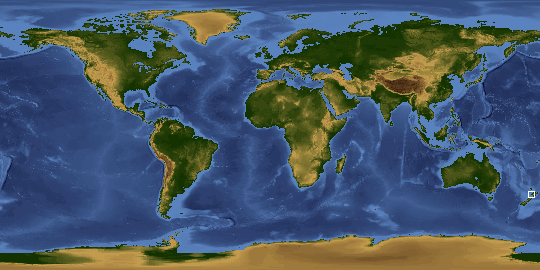 Other options available:
Download Packaged File
Download a Google Earth KML for this Image
View photo footprint information
Image Caption: Mt. Egmont/Taranaki, North Island, New Zealand
The contrast between pasture and forest is striking in this photograph
of Mt. Egmont/Taranaki Park. The park was created in 1900 and is
entirely forested up to the tree line. At the center of the park is Mt.
Egmont/Taranaki, a 2518 m (8261 ft) high, snow -capped volcano.
Egmont/Taranaki has erupted at least eight times in the last 6000 years;
the last recorded eruption was in 1755. The height of this volcano
creates its own climate and helps to maintain the greenness of the
forests. The slopes of Egmont/Taranaki are the wettest on North Island.
In nearby New Plymouth the annual rainfall is 1500 mm (59 in) per year.
At 1000 m (3280 ft) up the slopes of the volcano the annual rainfall
rate is 6500-7500 mm (256-295 in). Mt. Egmont/Taranaki has not had a
major eruption in 245 years, but it only considered dormant and not an
extinct volcano.