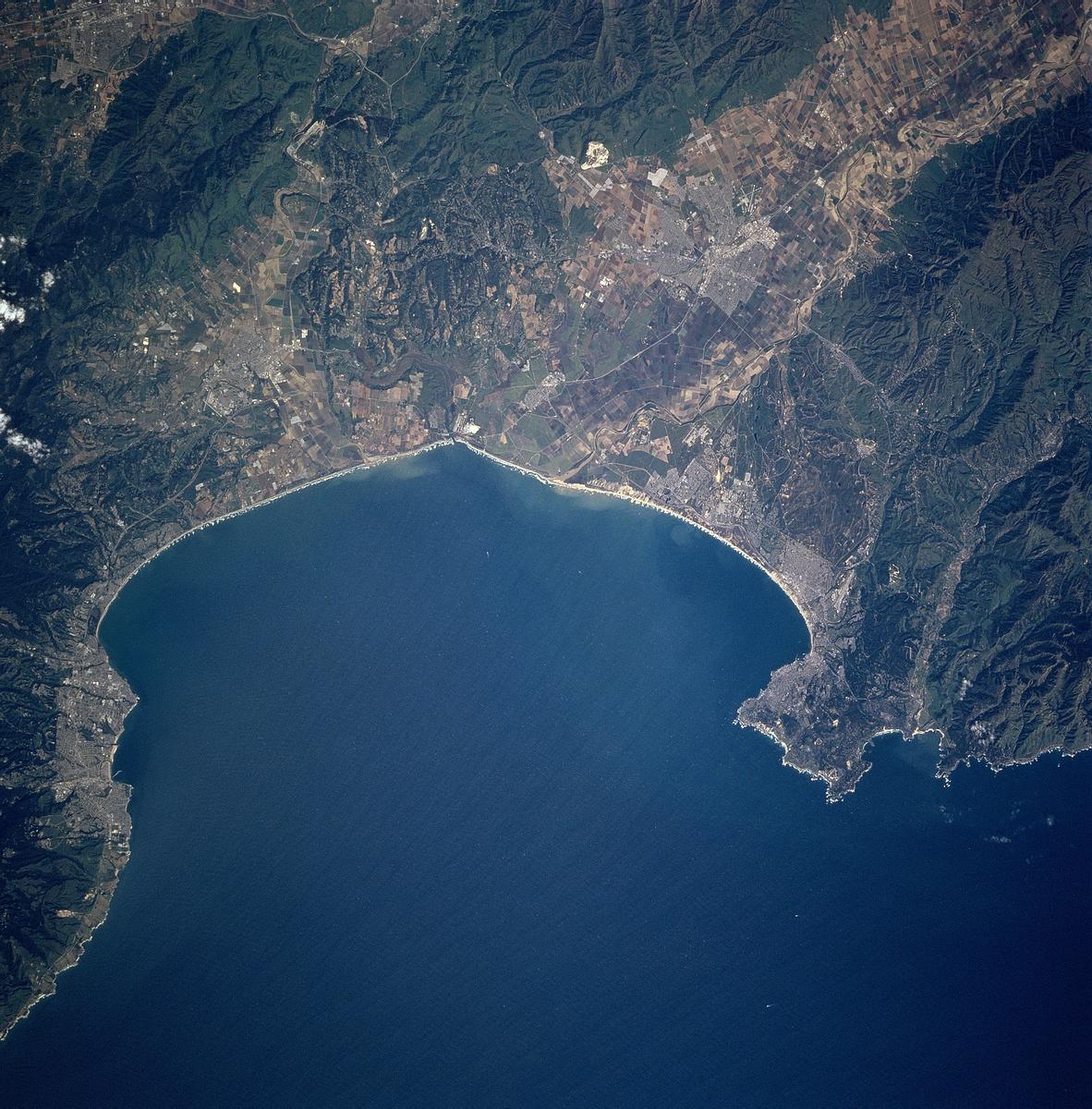 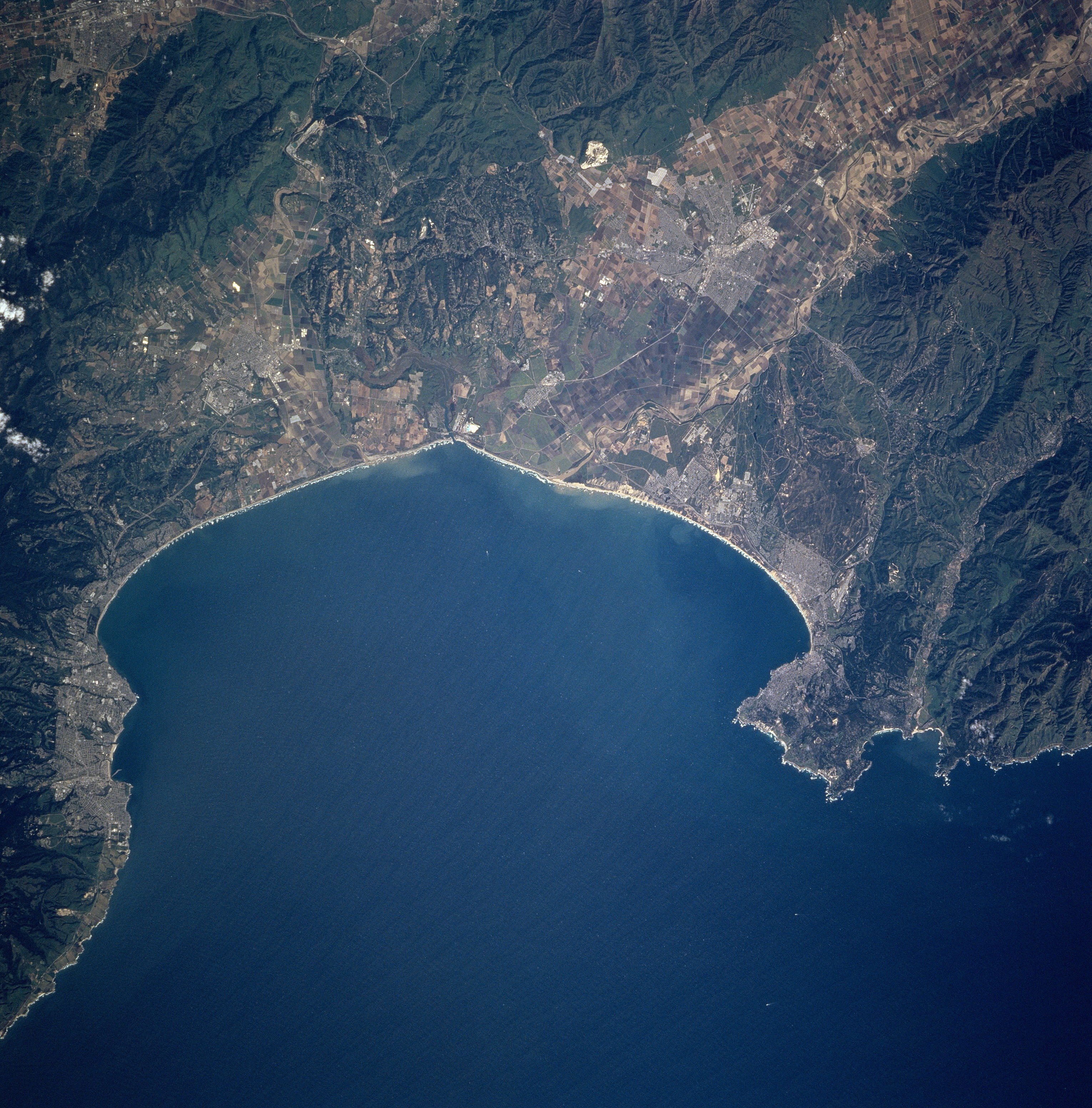 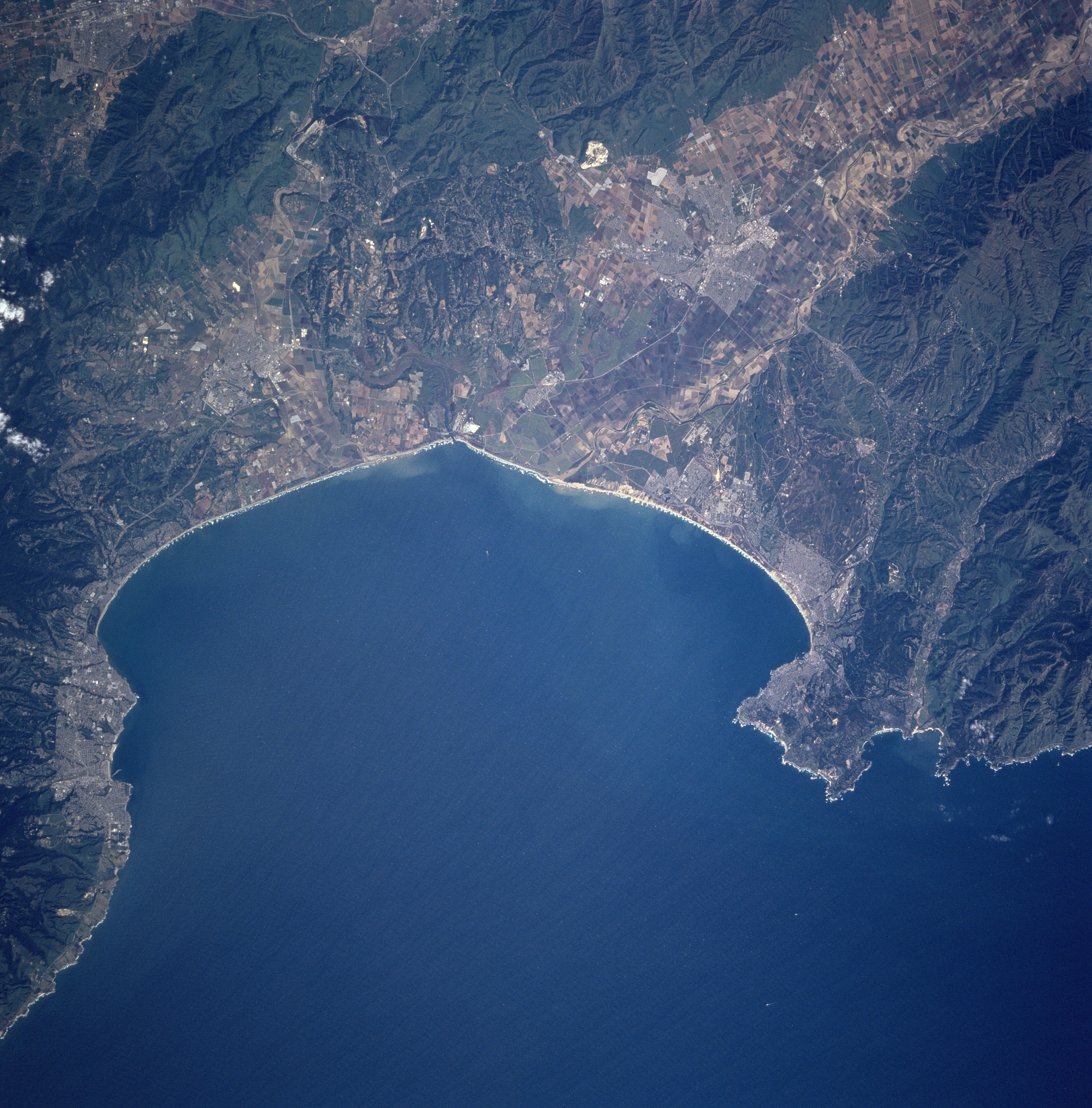 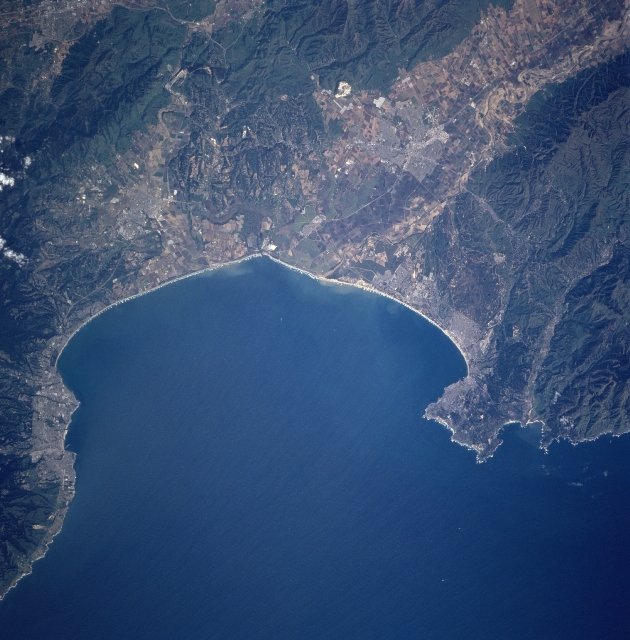 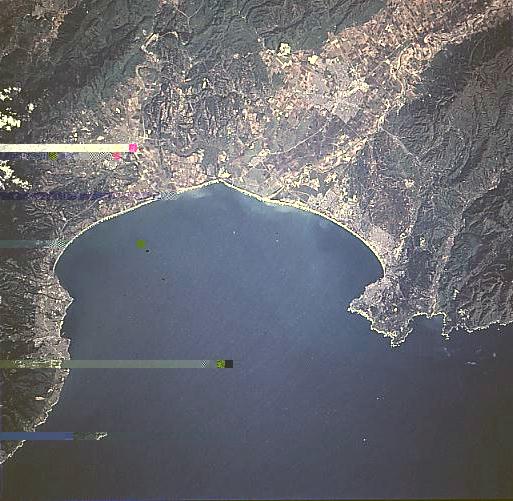 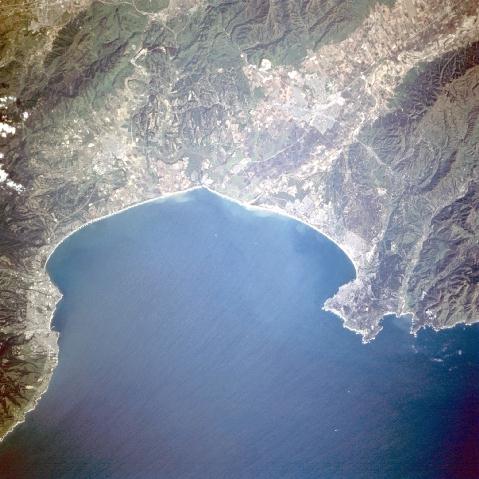 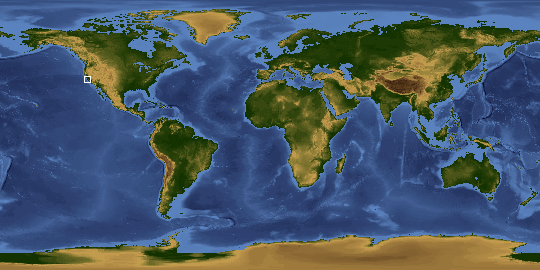 Other options available:
Download Packaged File
Download a Google Earth KML for this Image
View photo footprint information
Download a GeoTIFF for this photo
Image Caption: STS090-705-005 Monterey Bay, California April, 1998
An inlet of the Pacific Ocean, Monterey Bay can be seen in this east-northeast-looking view. Once home of the nation's largest fishing port, Monterey Bay is today the largest marine sanctuary in the United States. Its diversity of habitats and marine life makes it one of the richest temperate-zone marine regions on Earth. This region is also home to the world's greatest assemblage of marine research institutions. In the upper right portion of the image and extending to Monterey Bay is the Salinas River Valley. Just below the center-left of the image is the city of Santa Cruz, a seaside city with many fine beaches that is backed by rugged hills and redwood forests. Midway between the center and right center of the image is the city of Monterey. Point Pinos to the north and Cypress Point to the south are also visible. At the right center of the image are the northern portions of the Santa Lucia Mountains.