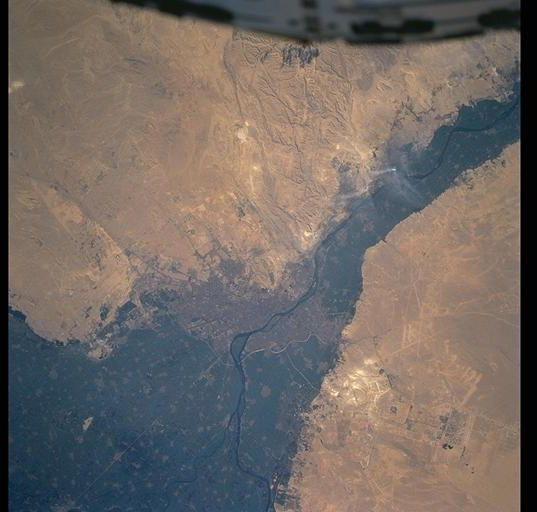 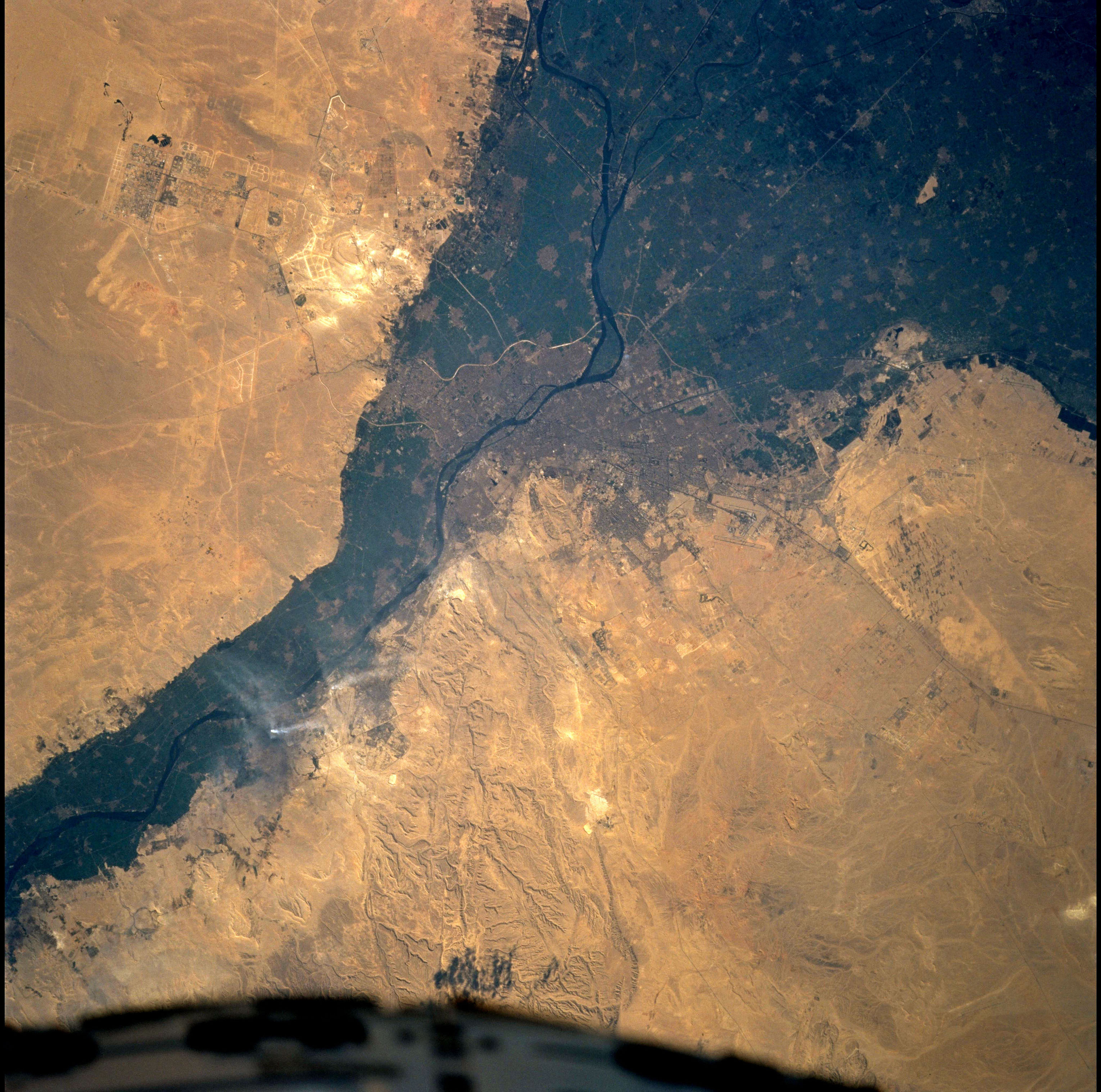 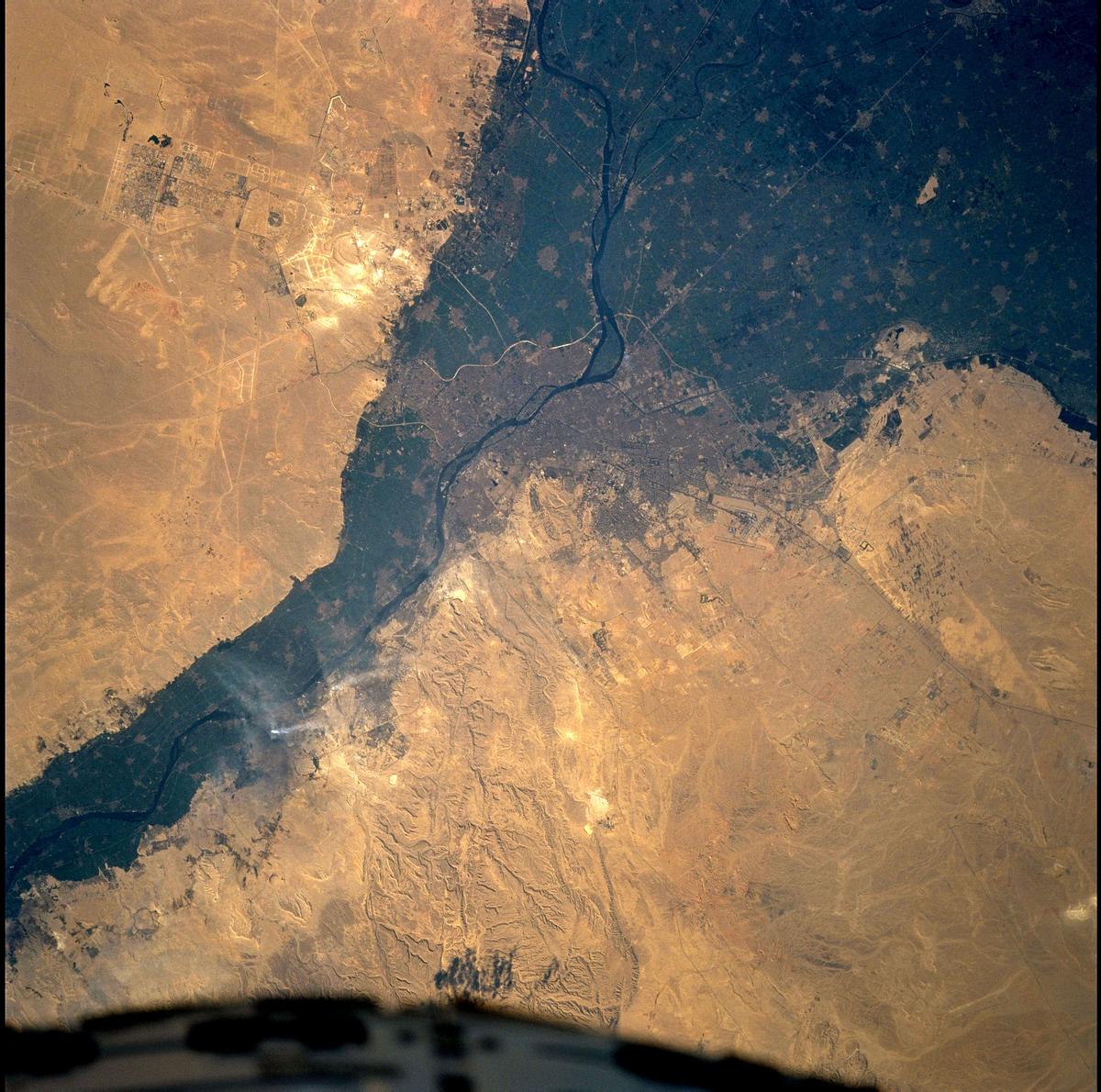 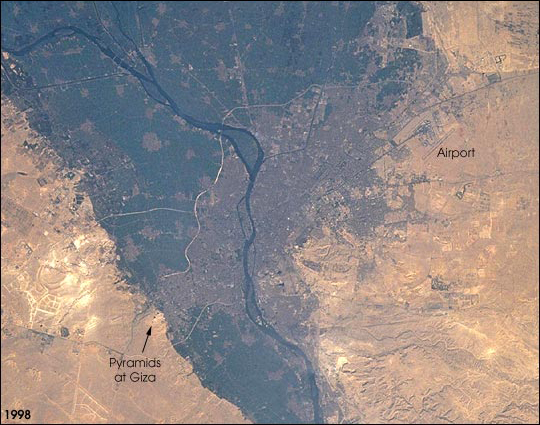 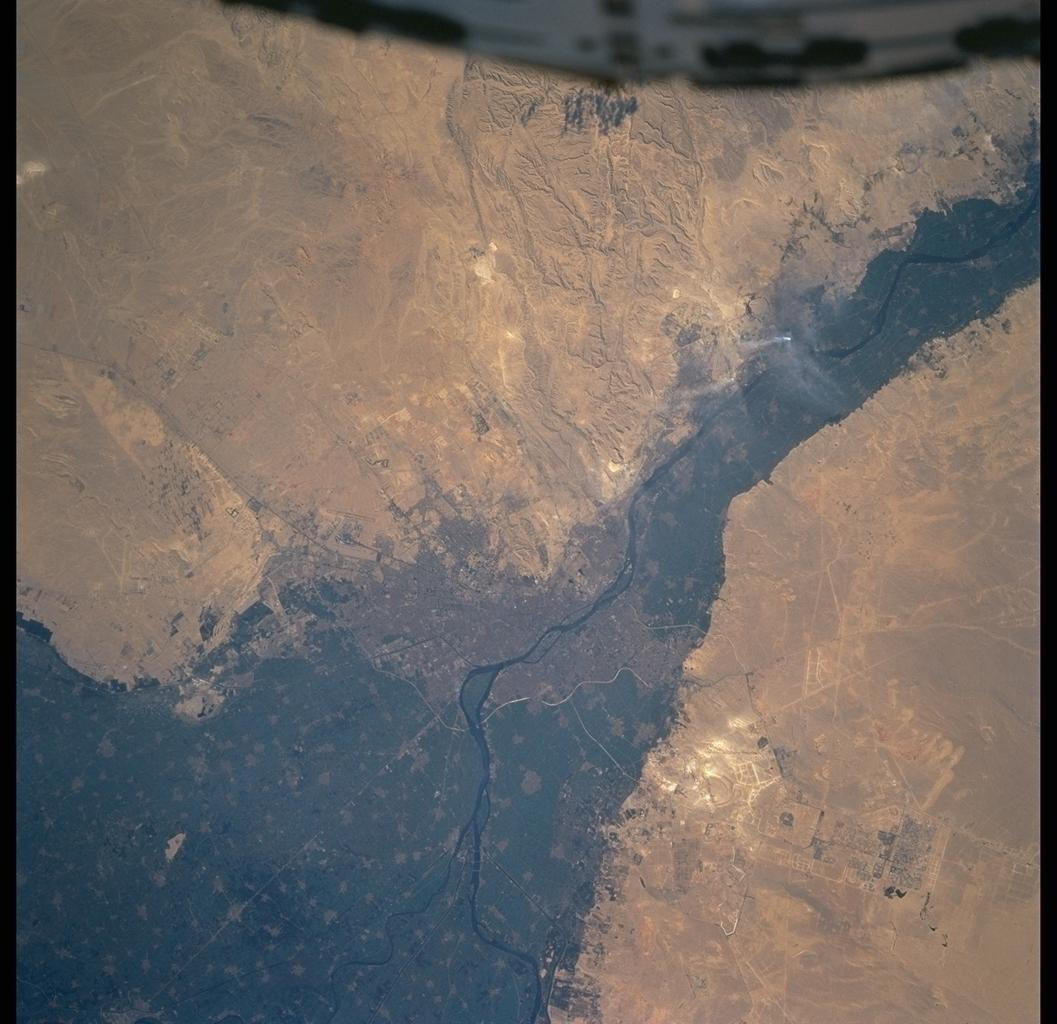 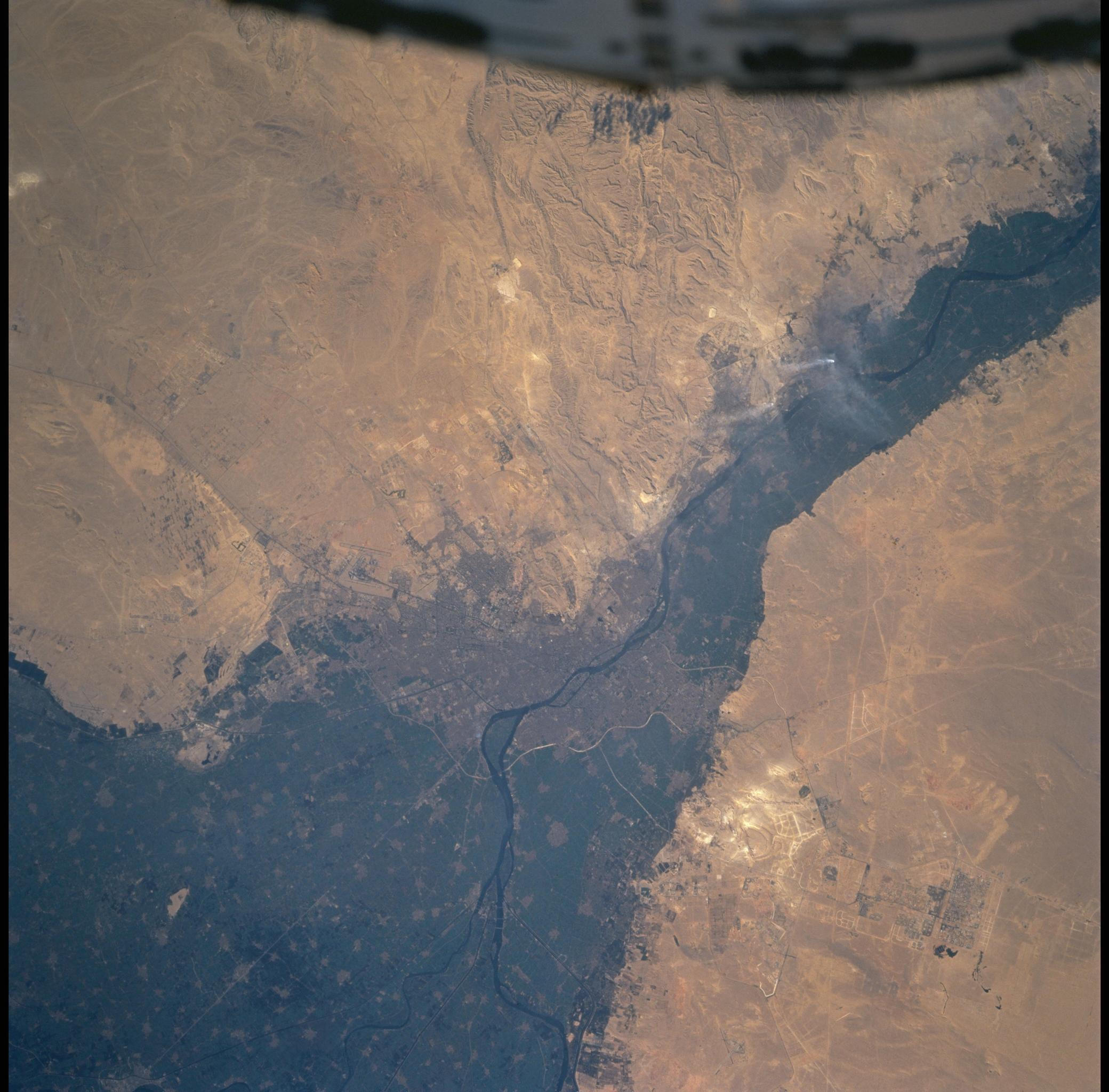 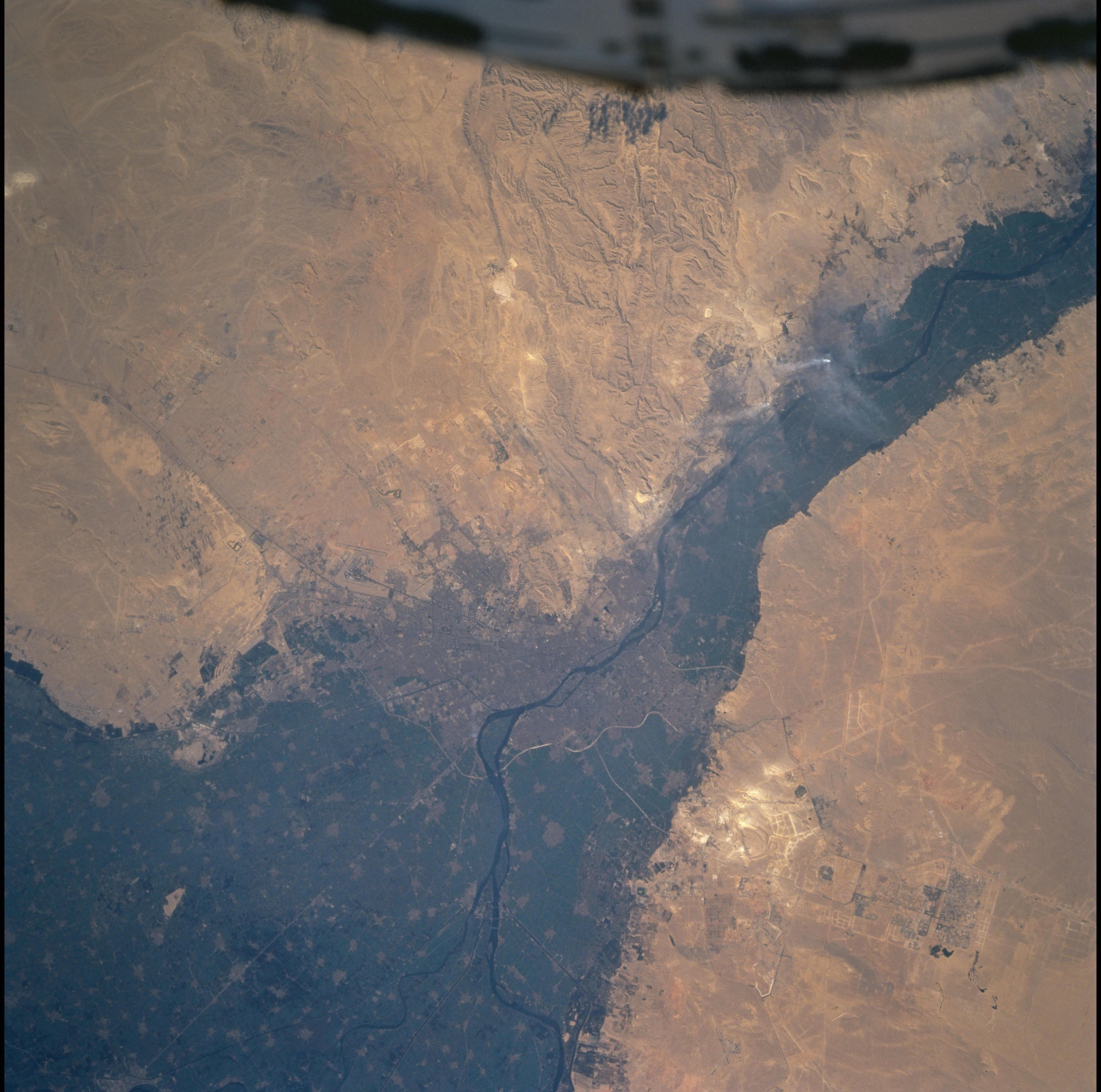 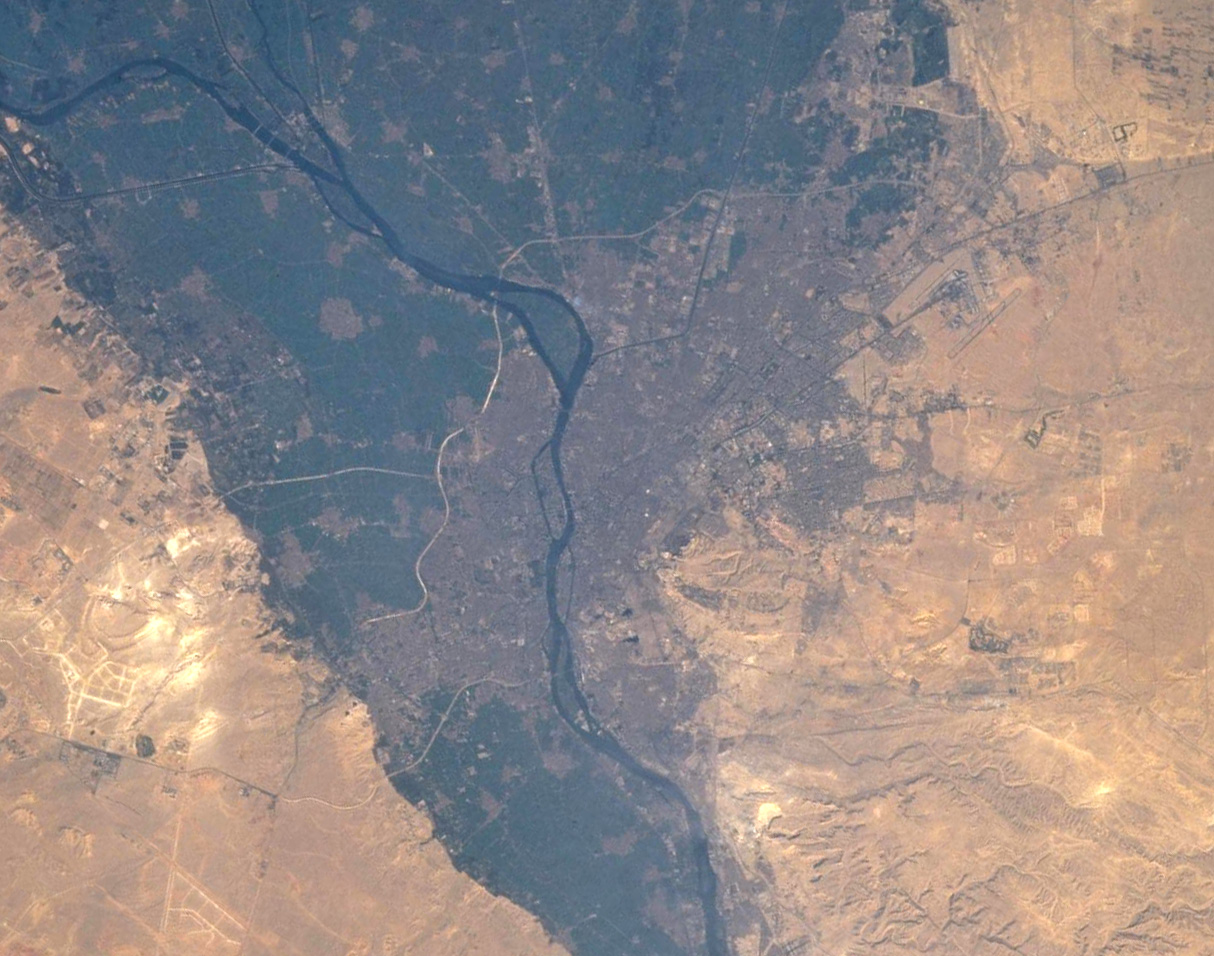 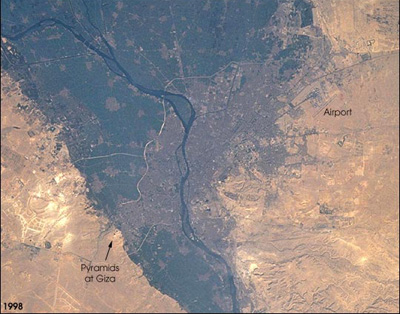 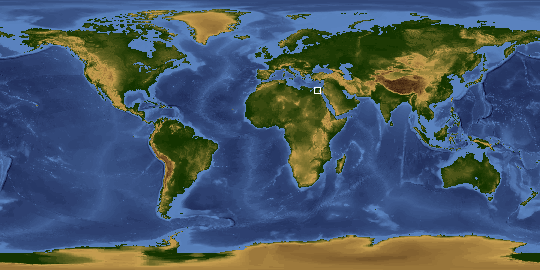 Other options available:
Download Packaged File
Download a Google Earth KML for this Image
View photo footprint information
Image Caption: The population of the Cairo metropolitan area has increased from less than 6 million in 1965 (Gem05-1-45778) to more than 10 million in 1998 when this picture was taken (United Nations Population Division, World Urbanization Prospects, the 1999 revision). Population densities within the city are some of the highest in the world and the urban area has doubled to more than 400 square km during that period. Extraordinary rates of population growth are expected to continue, with a predicted population of around 14 million by 2015.