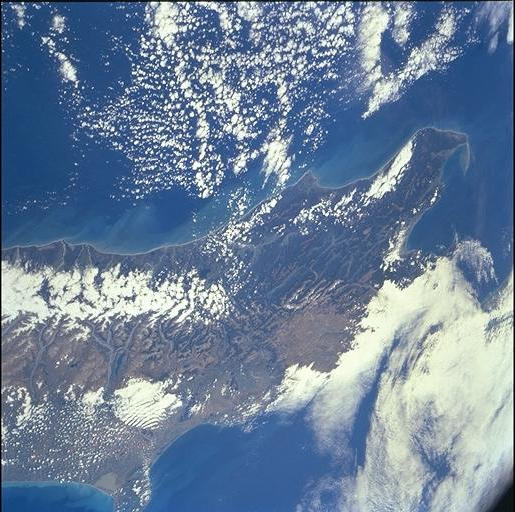 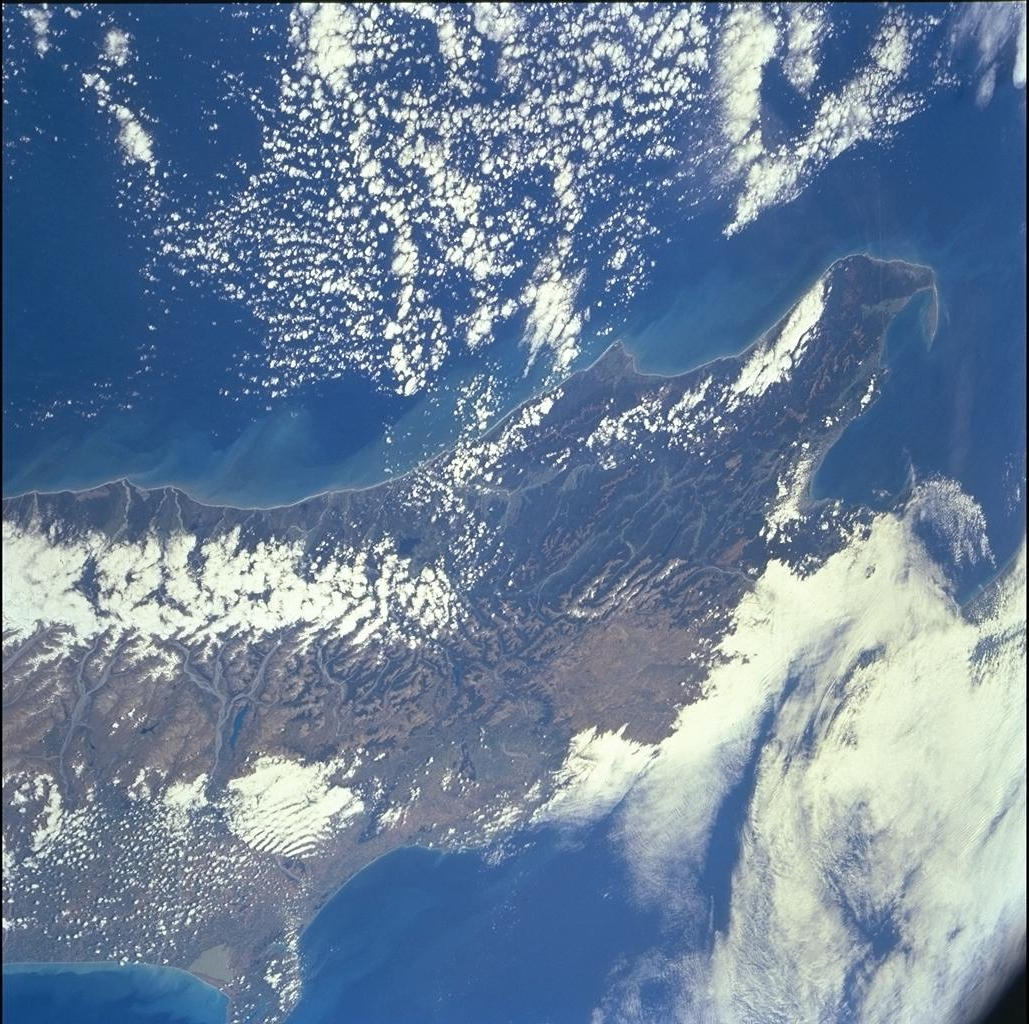 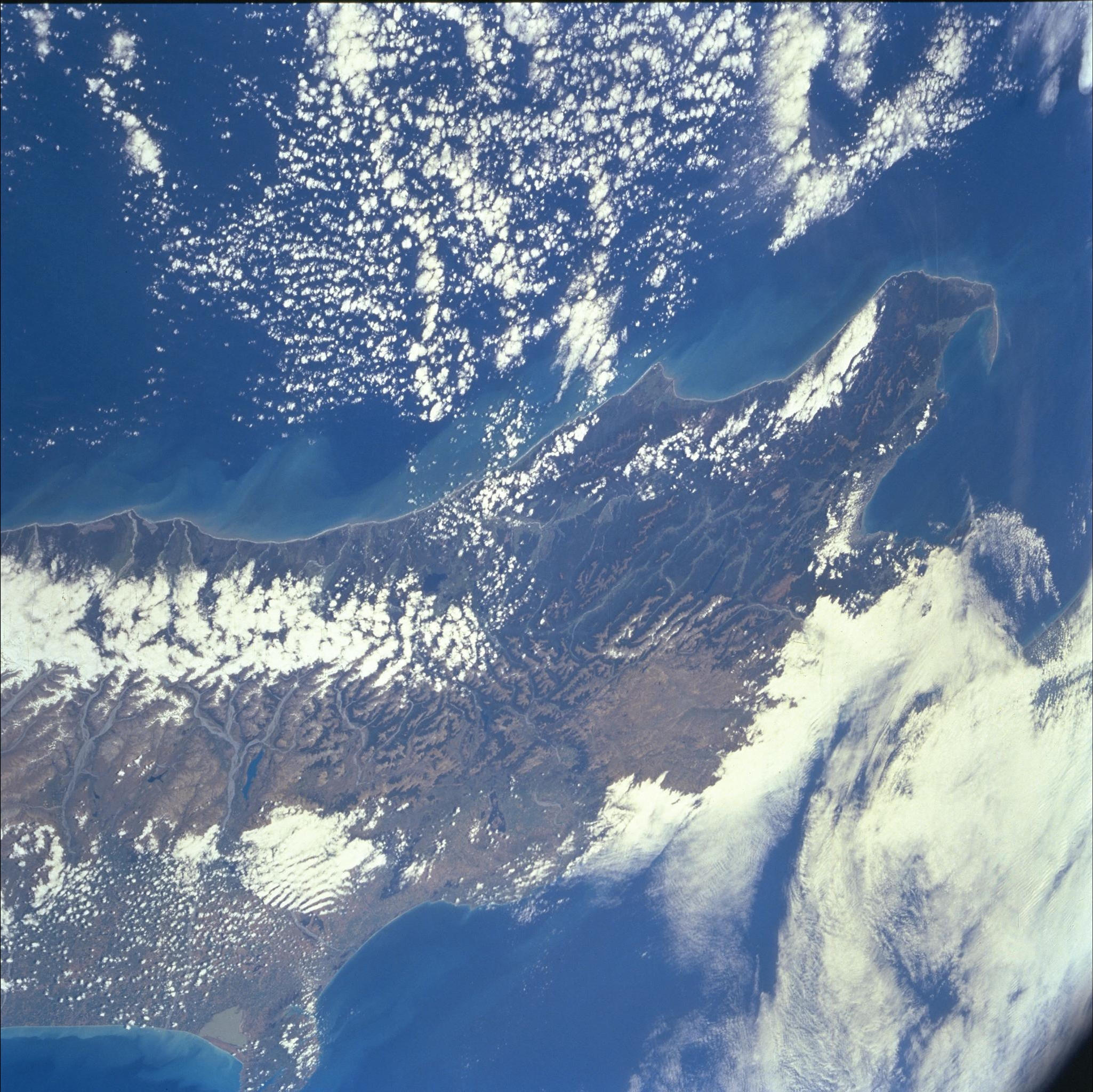 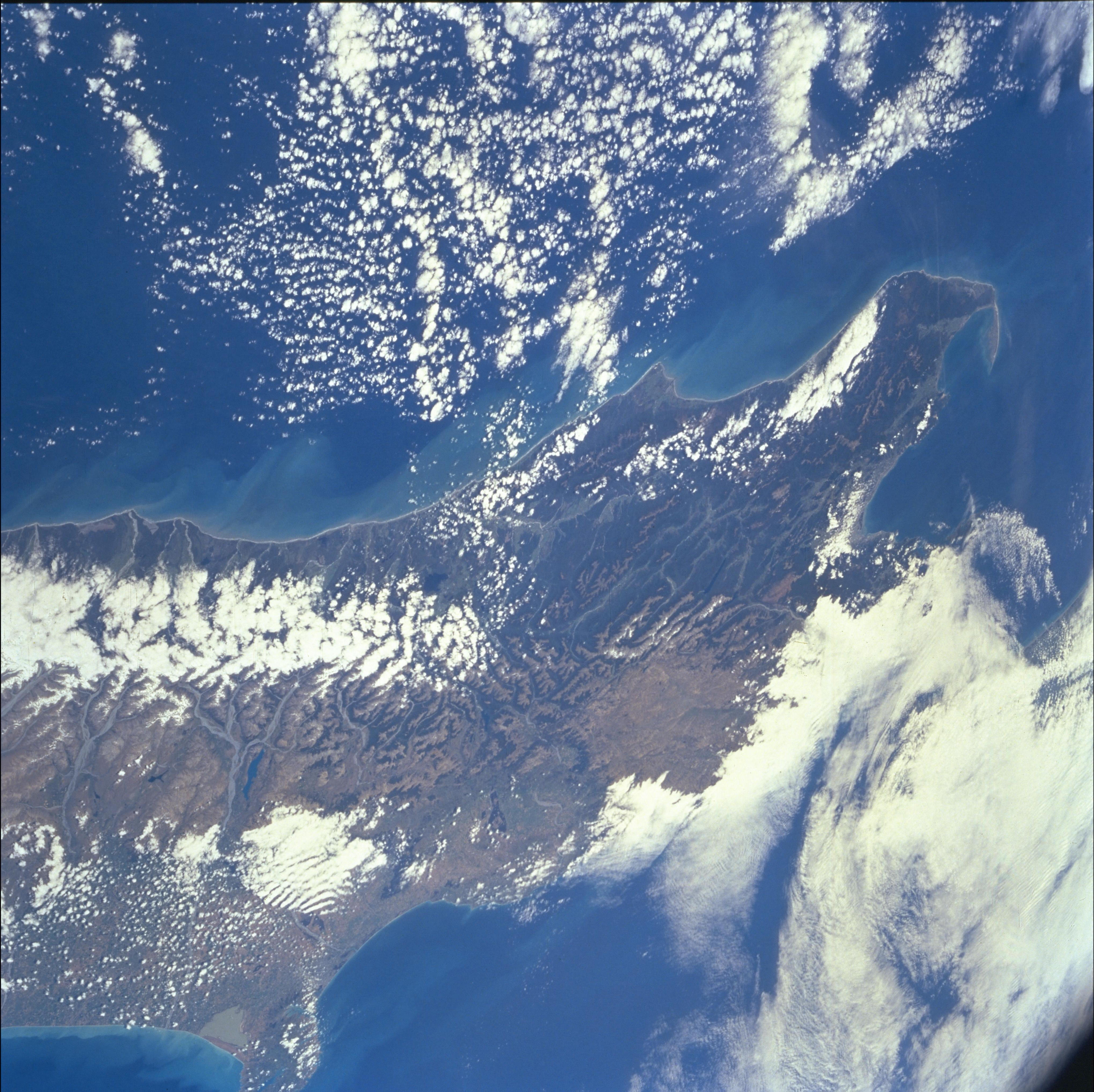 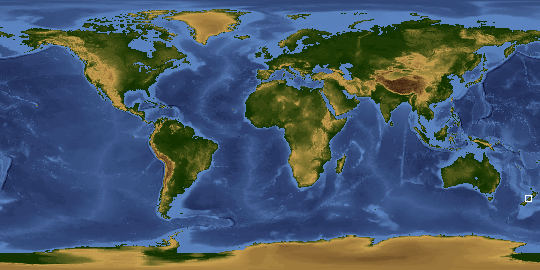 Other options available:
Download Packaged File
Download a Google Earth KML for this Image
View photo footprint information
Image Caption: South Island, New Zealand. Cape Farewell, Southern Alps and northern
Alpine fault zone. New Zealand is on the tectonic plate boundary
between the Pacific and the Indian-Australian plates. Near the center
of view the near-vertical Alpine fault zone sharply defines the plate
edge. The coastal zone west of the fault is moving north relative to
the alpine country on the opposite side. The reddish mass of Dun
Mt. has been cut in two by the fault, and the other half of the mass
is some 480 km farther south. In northeastern South Island, the fault
zone begins to step northeastward from South Island over to North
Island.