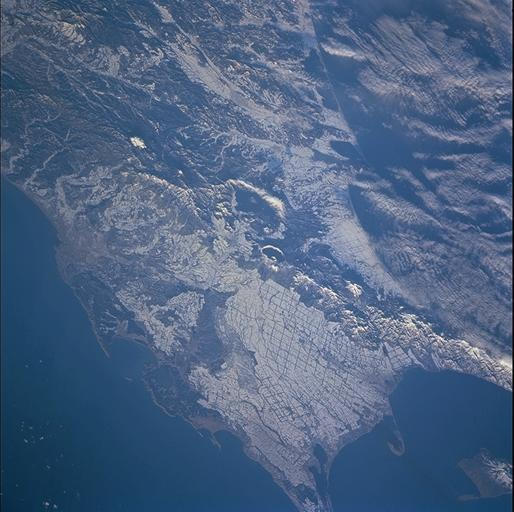 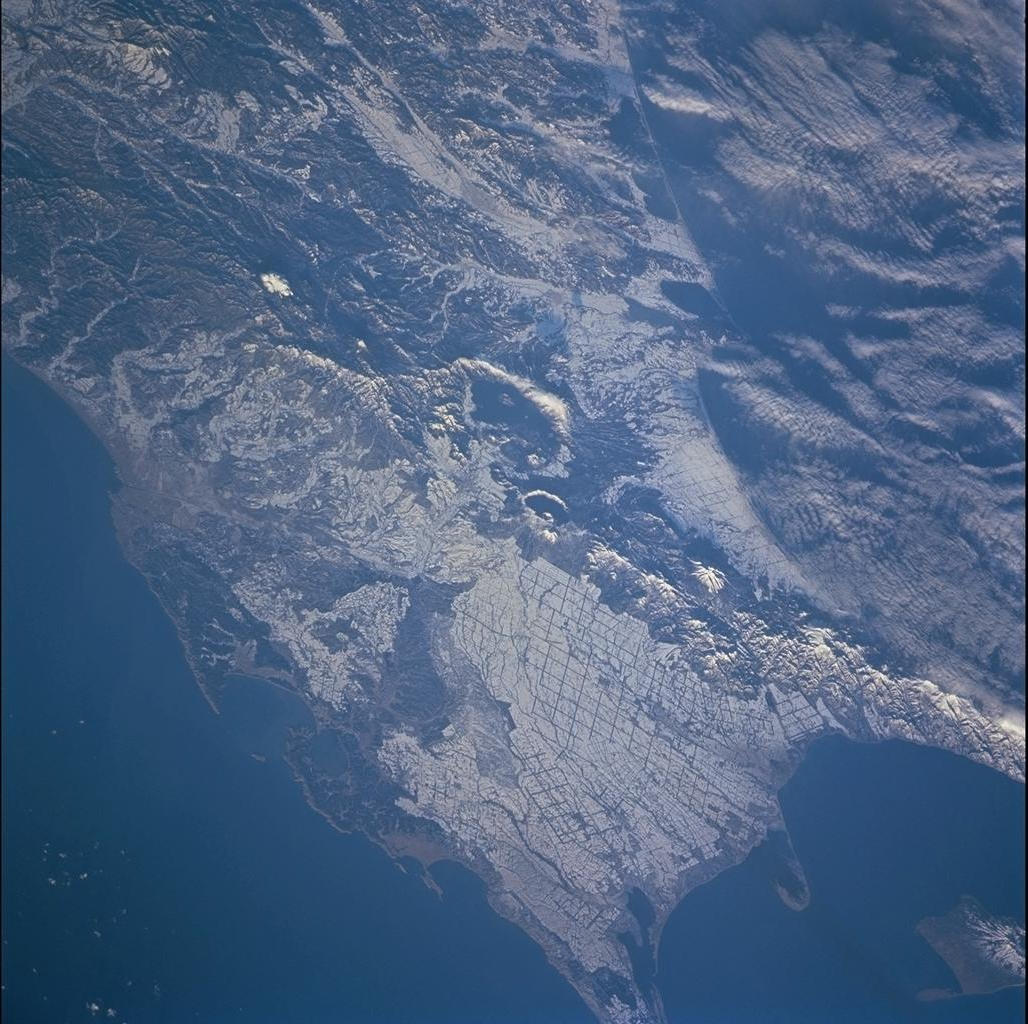 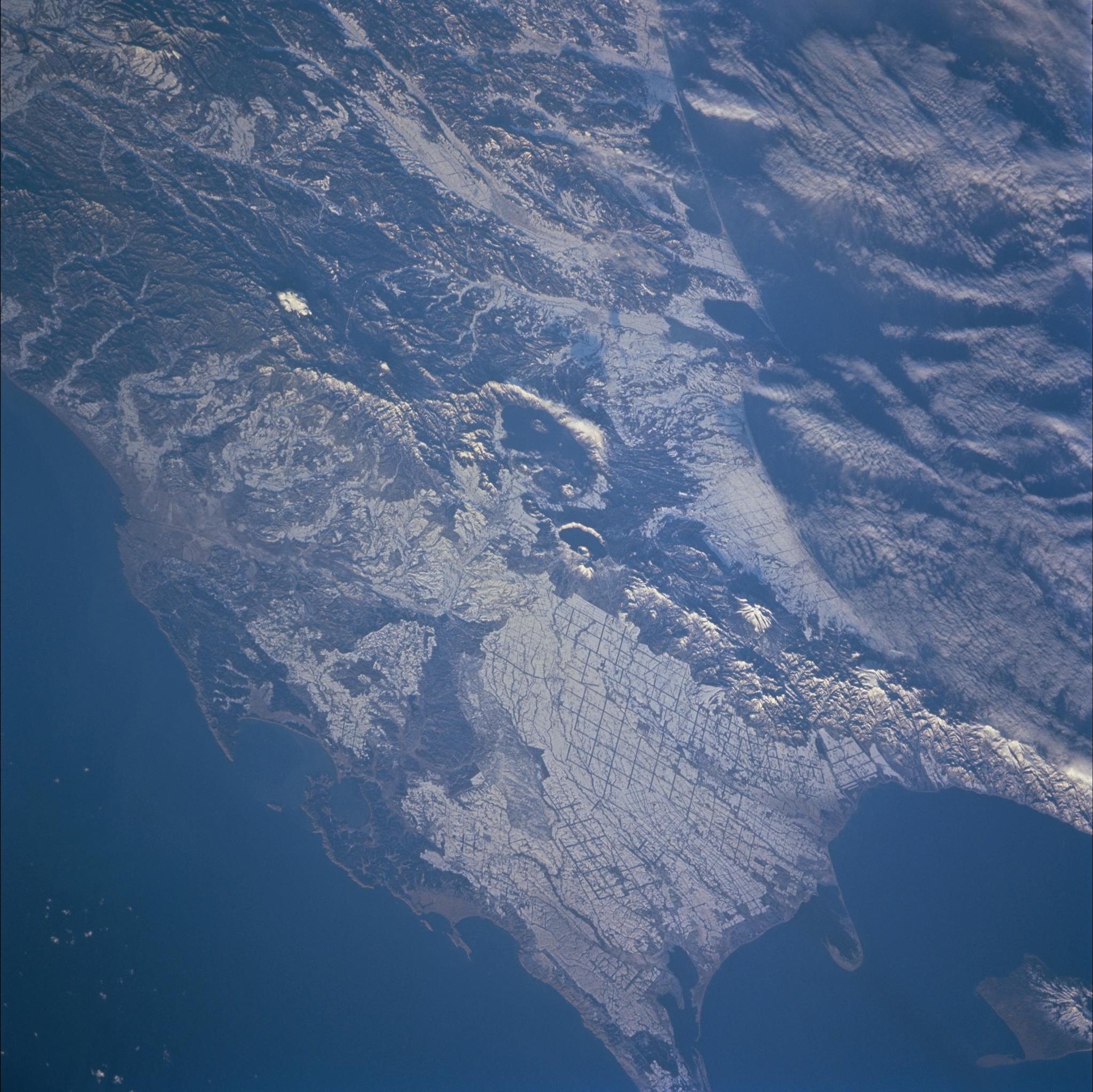 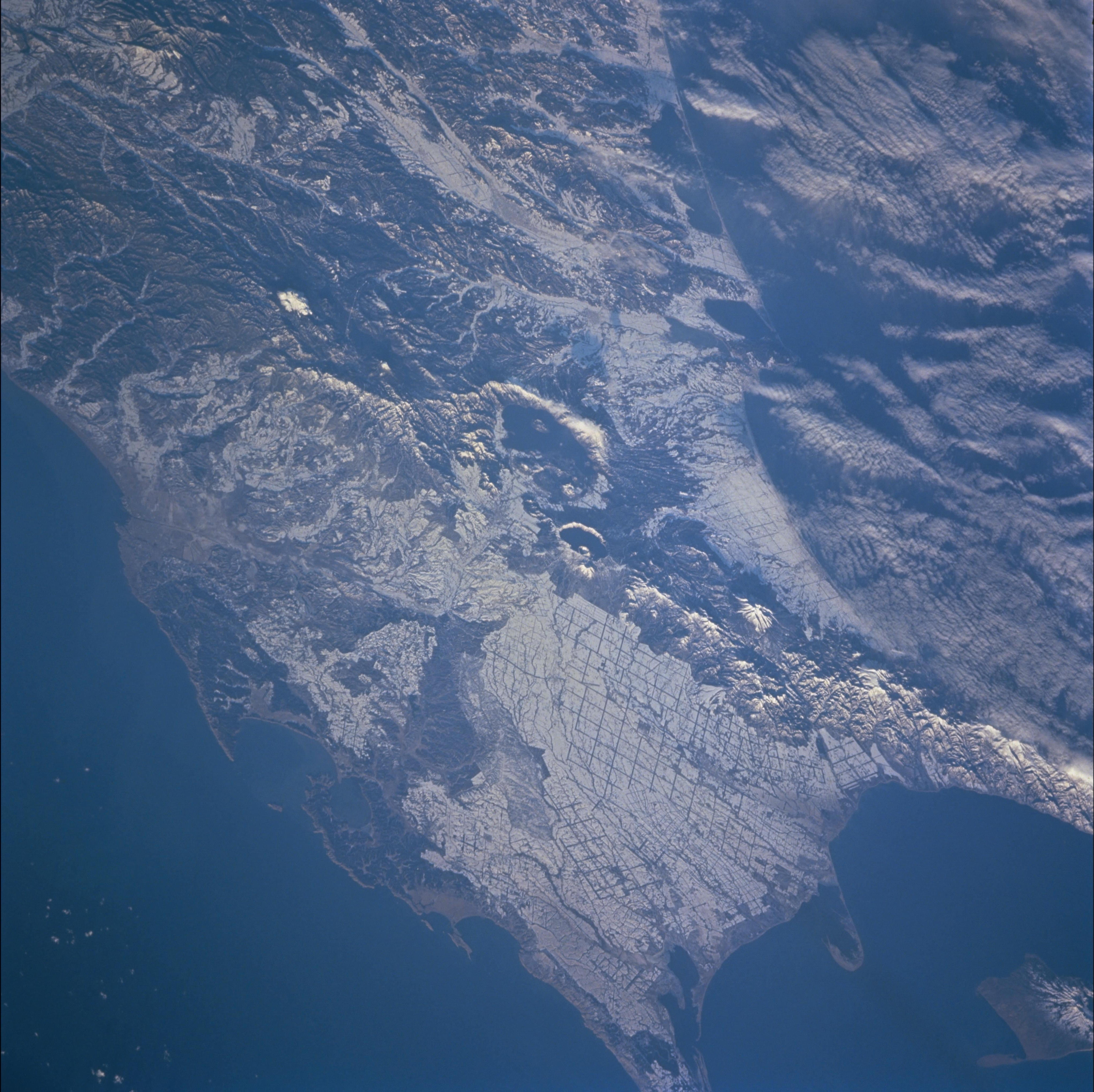 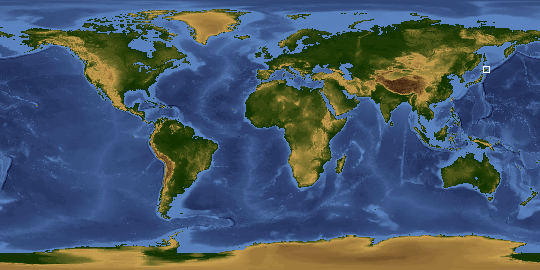 Other options available:
Download Packaged File
Download a Google Earth KML for this Image
View photo footprint information
Image Caption: A portion of Japan's northern island of Hokkaido is seen here under
snow in the December view. The north and east coasts of Hokkaido
cross the upper right and lower left quadrants of the view. Snow
accentuates the rectangular pattern of intensive agriculture of the
plain in the foreground. The volcanic spine of the island is the
narrow, ragged, snow-covered line of country immediately behind the
agricultural fields (in this west-looking view). This line of
volcanoes stretches from lower right to the upper left co and includes
two lakes in the center of the view, the larger of which is Lake
Kussharo. The lake and mountain country lie in the Akan national
park. The city of Kushiro appears on the coast near the left margin
of the view as a grye area. Although only founded in 1870, Kushiro
now has a population of 205,000 (1990), is the largest port in eastern
Hokkaido, and the gateway to the Akan park.