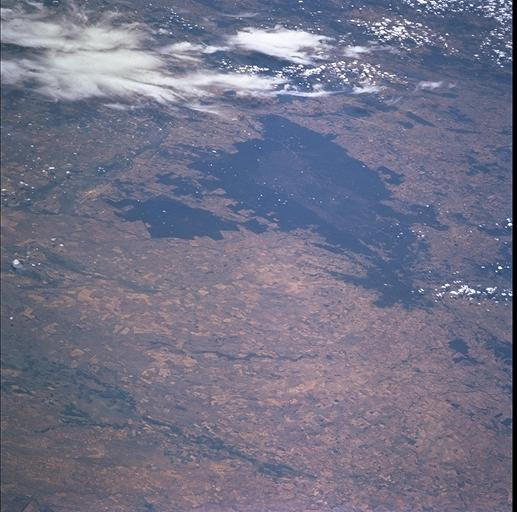 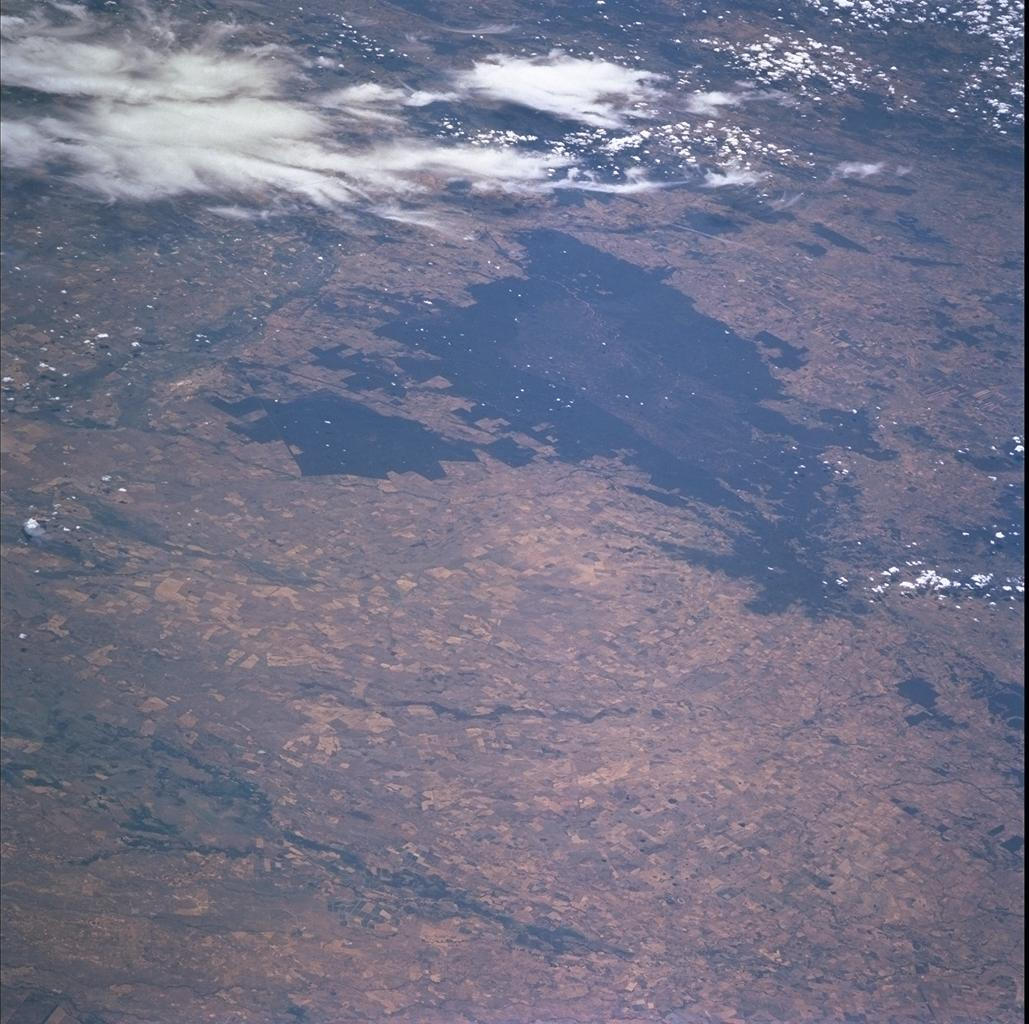 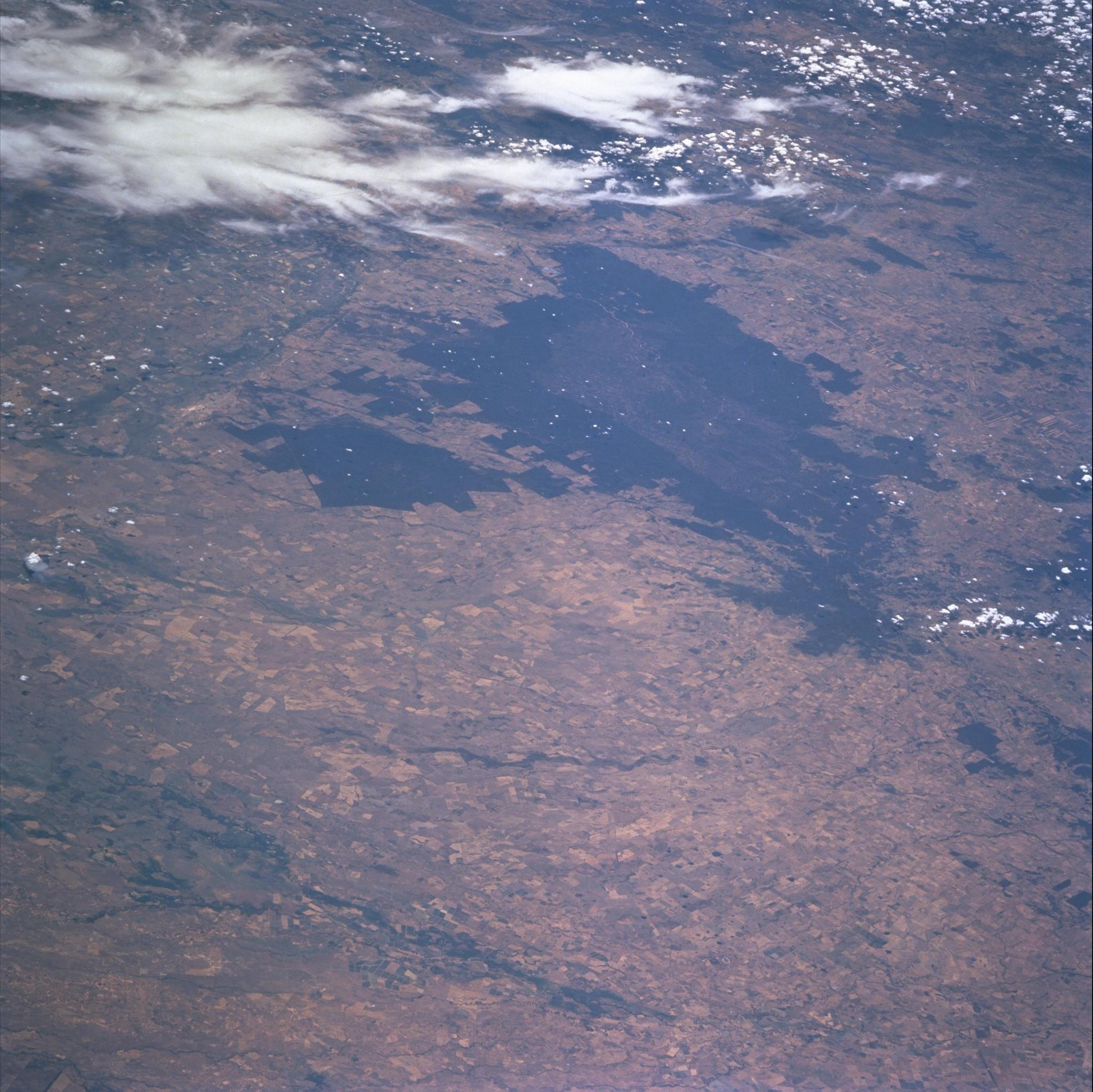 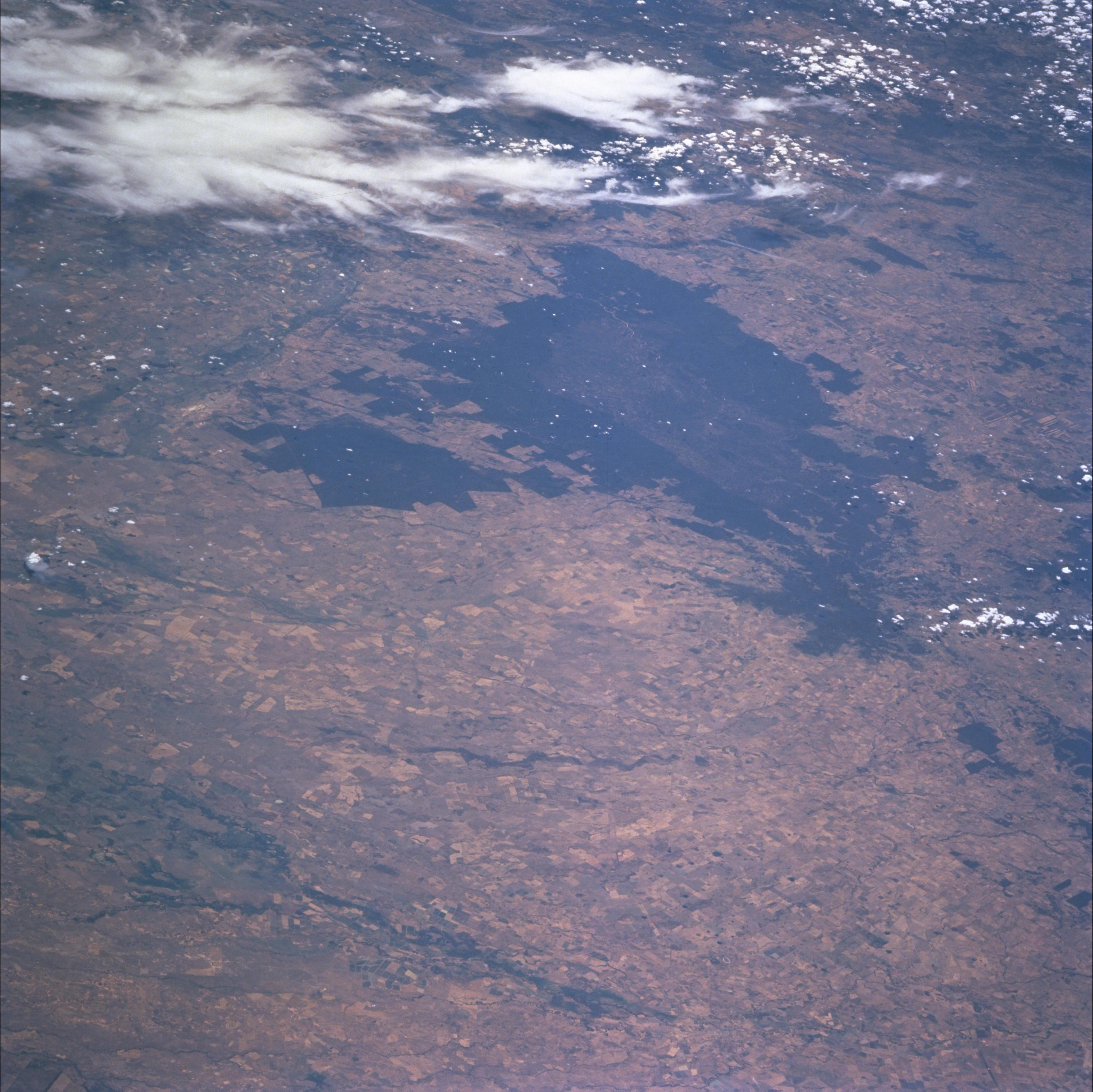 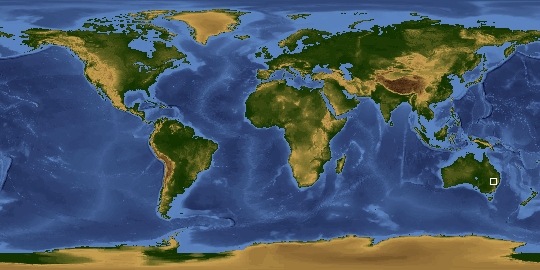 Other options available:
Download Packaged File
Download a Google Earth KML for this Image
View photo footprint information
Image Caption: According to the National Parks and Wildlife Service of the Coonabarabran Area, New South Wales, the large vegetated area is the Pilliga Scrub of New South Wales Australia. The large fire scar is from the Timmallallee Creek fire of 28 November - 10 December 1997, when about 143,000 hectares were burnt. Large fires are common in the Pilliga Scrub, the largest was in 1951 with 350,000 hectares burnt. The fastest fire was during the drought of 1982, when 62,000 hectares burned in one afternoon.