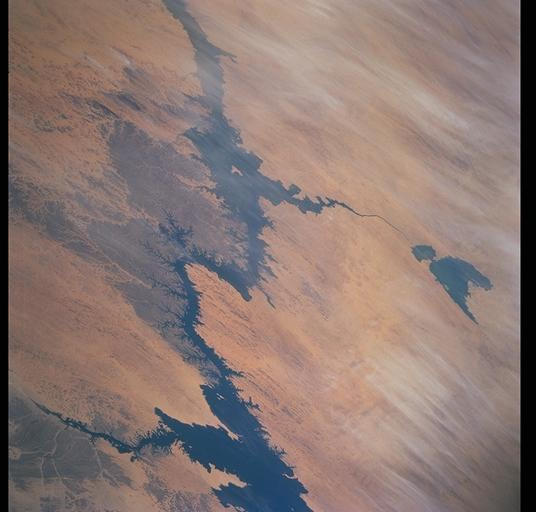 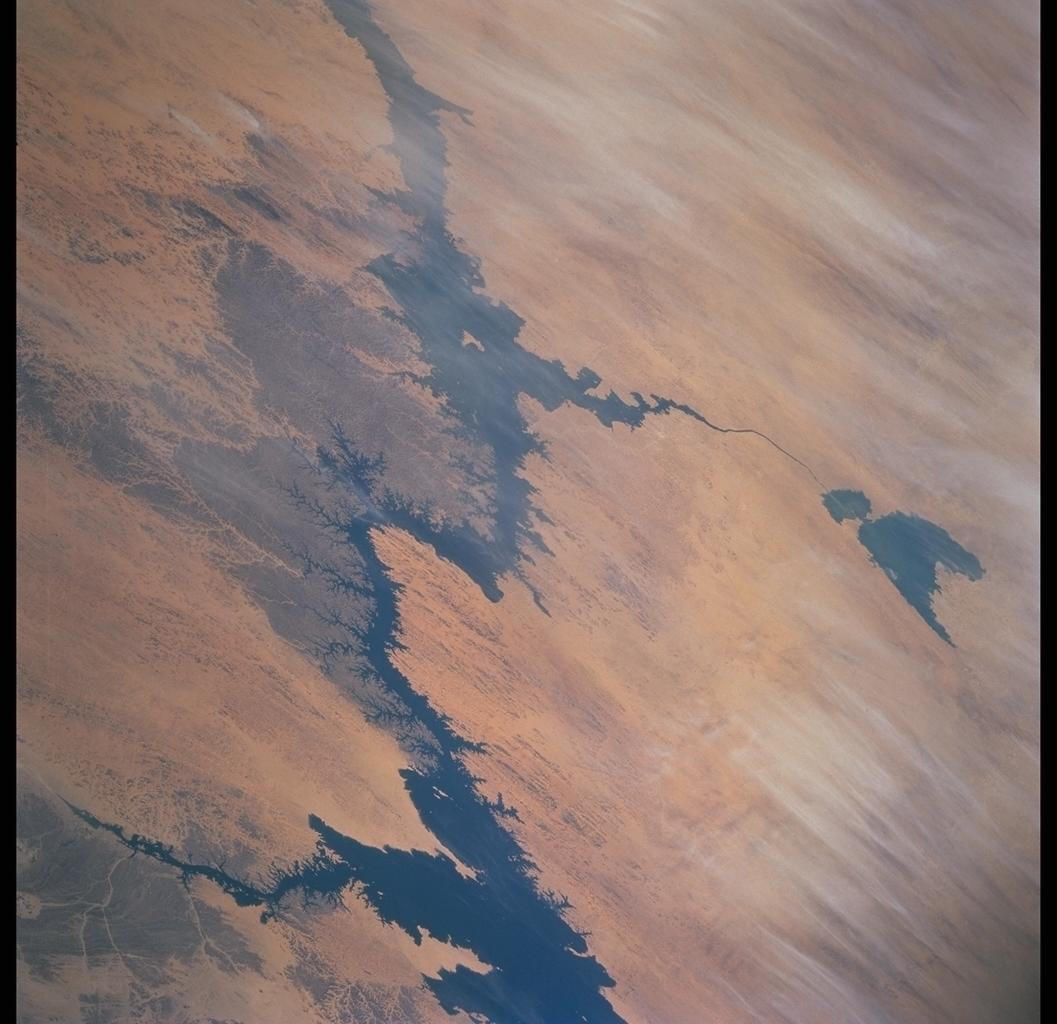 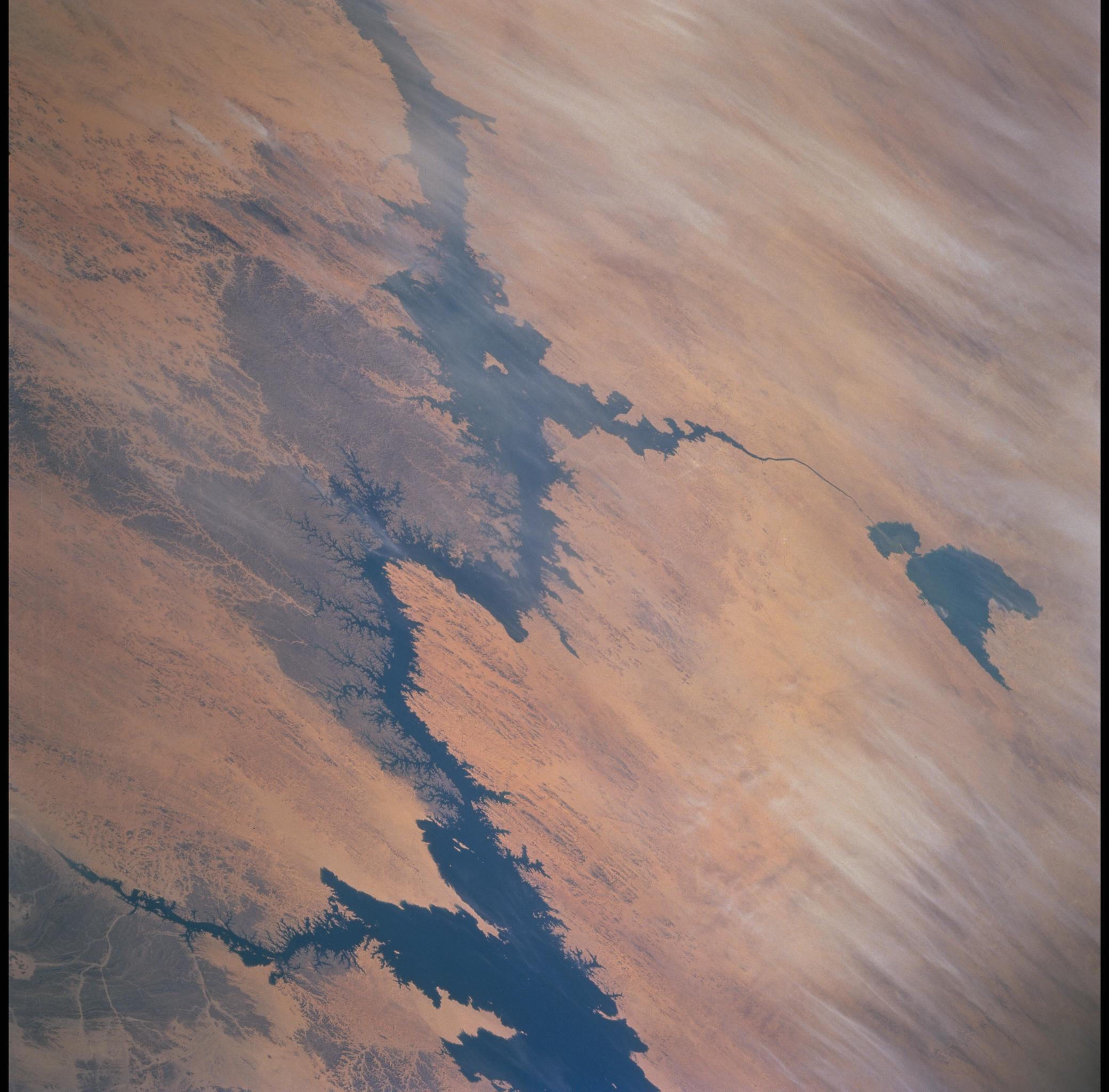 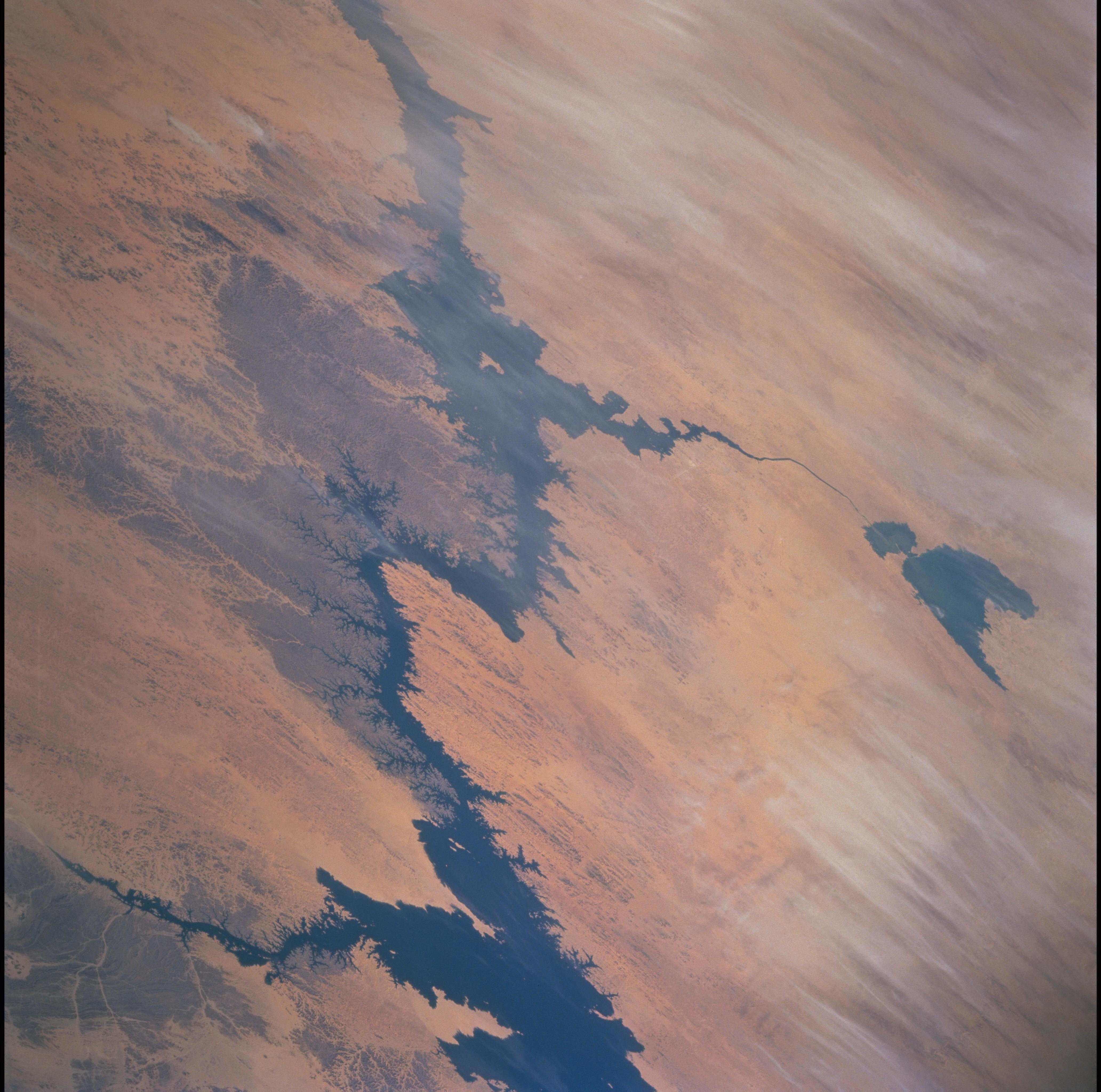 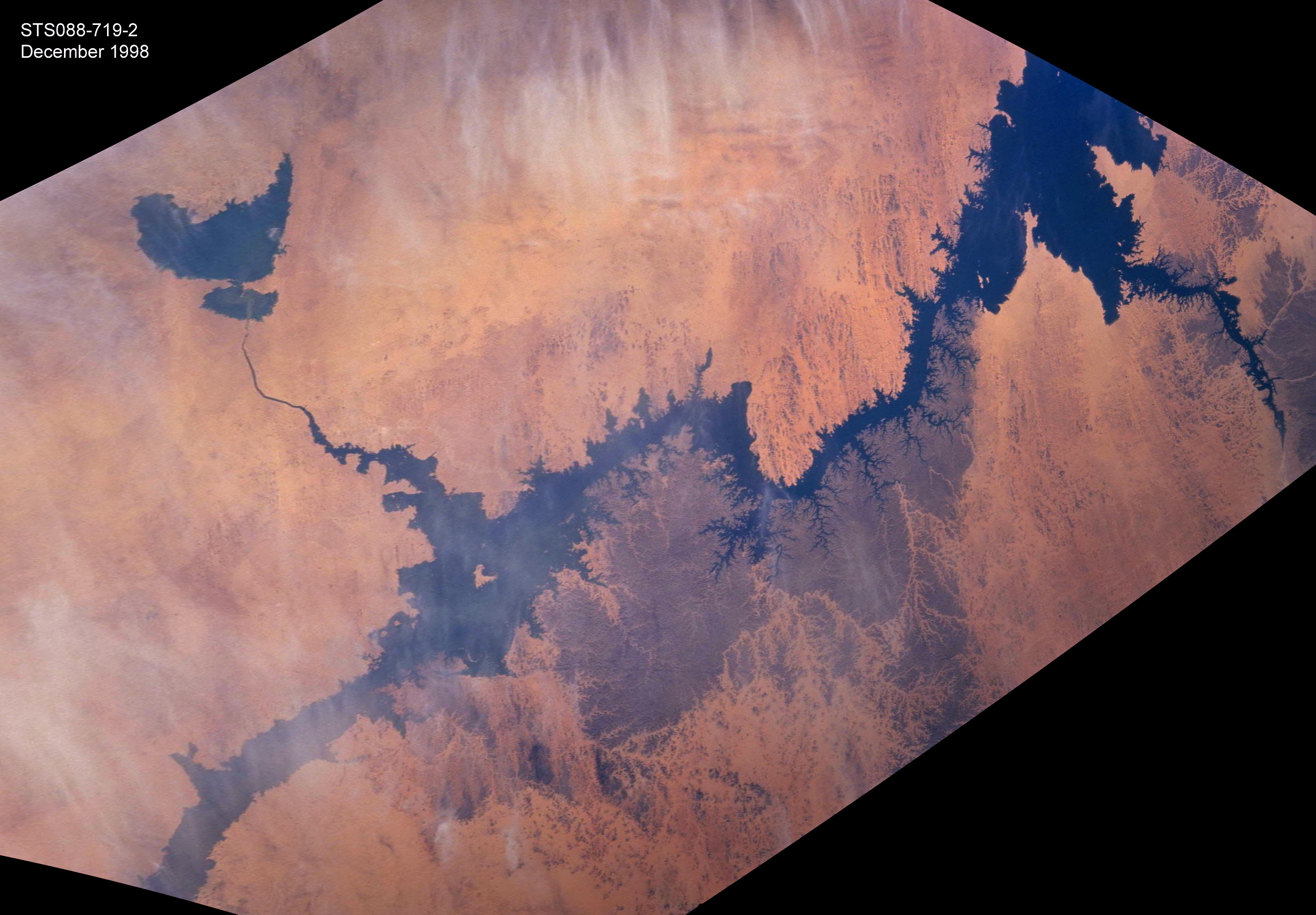 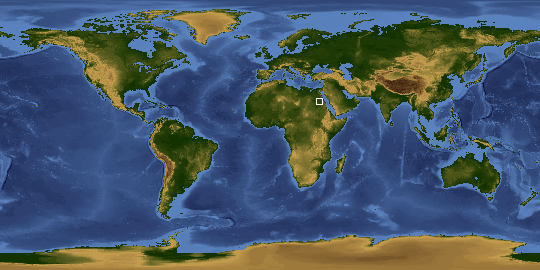 Other options available:
Download Packaged File
Download a Google Earth KML for this Image
View photo footprint information
Image Caption: New lakes forming in the Toshka depression of southern Egypt have been monitored by astronauts since 1998. The flooding was first documented in early November 1998 and this photograph was taken in December 1998. Subsequently, three additional lakes were created by Lake Nasser overflow, as shown in an animation posted to NASA's Earth Observatory. Estimates of areas of the lakes were made after the images were registered to a common image base. The region will be the location of large Egyptian agricultural developments that will support millions of people.