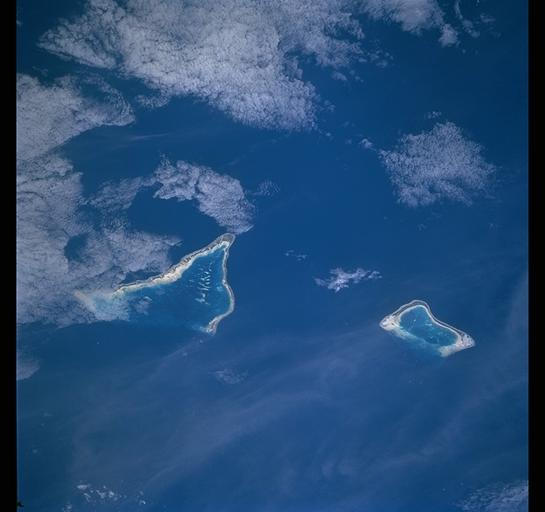 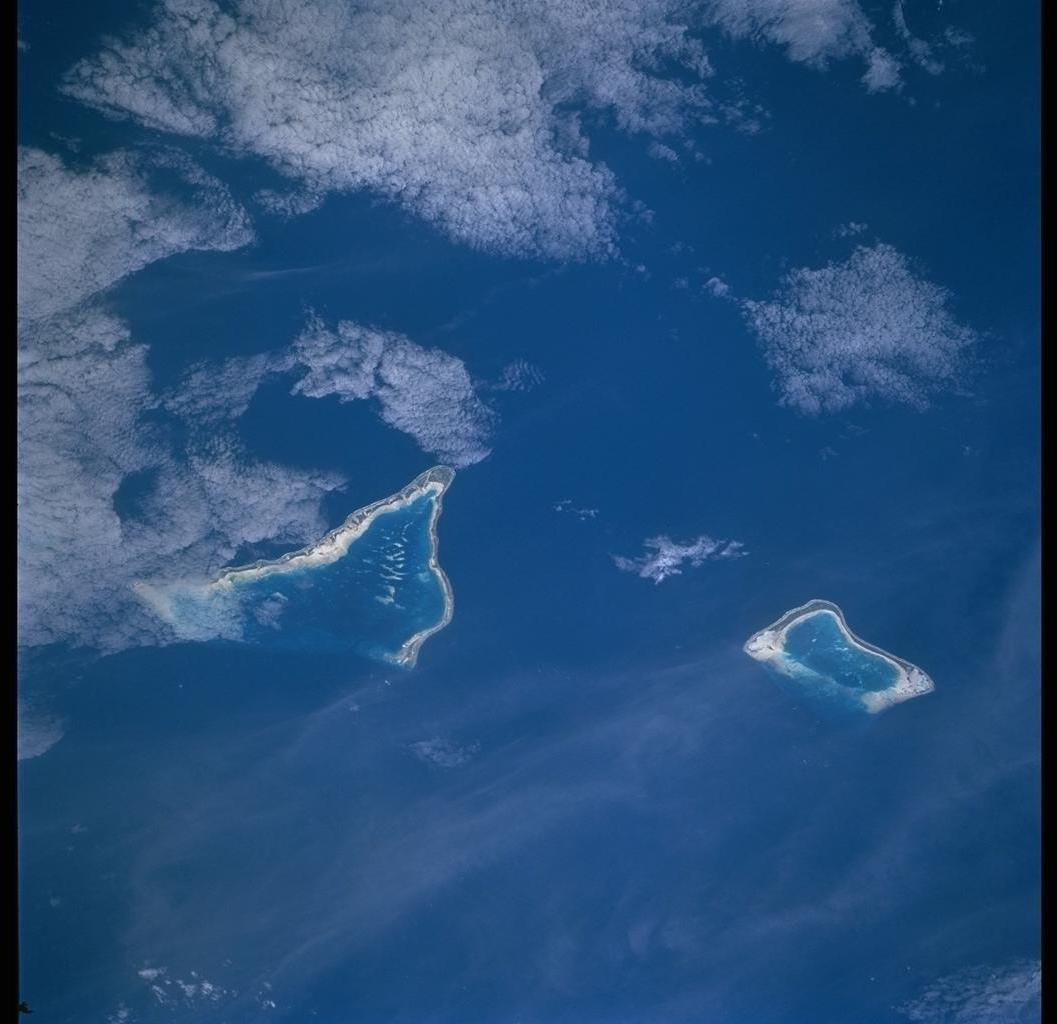 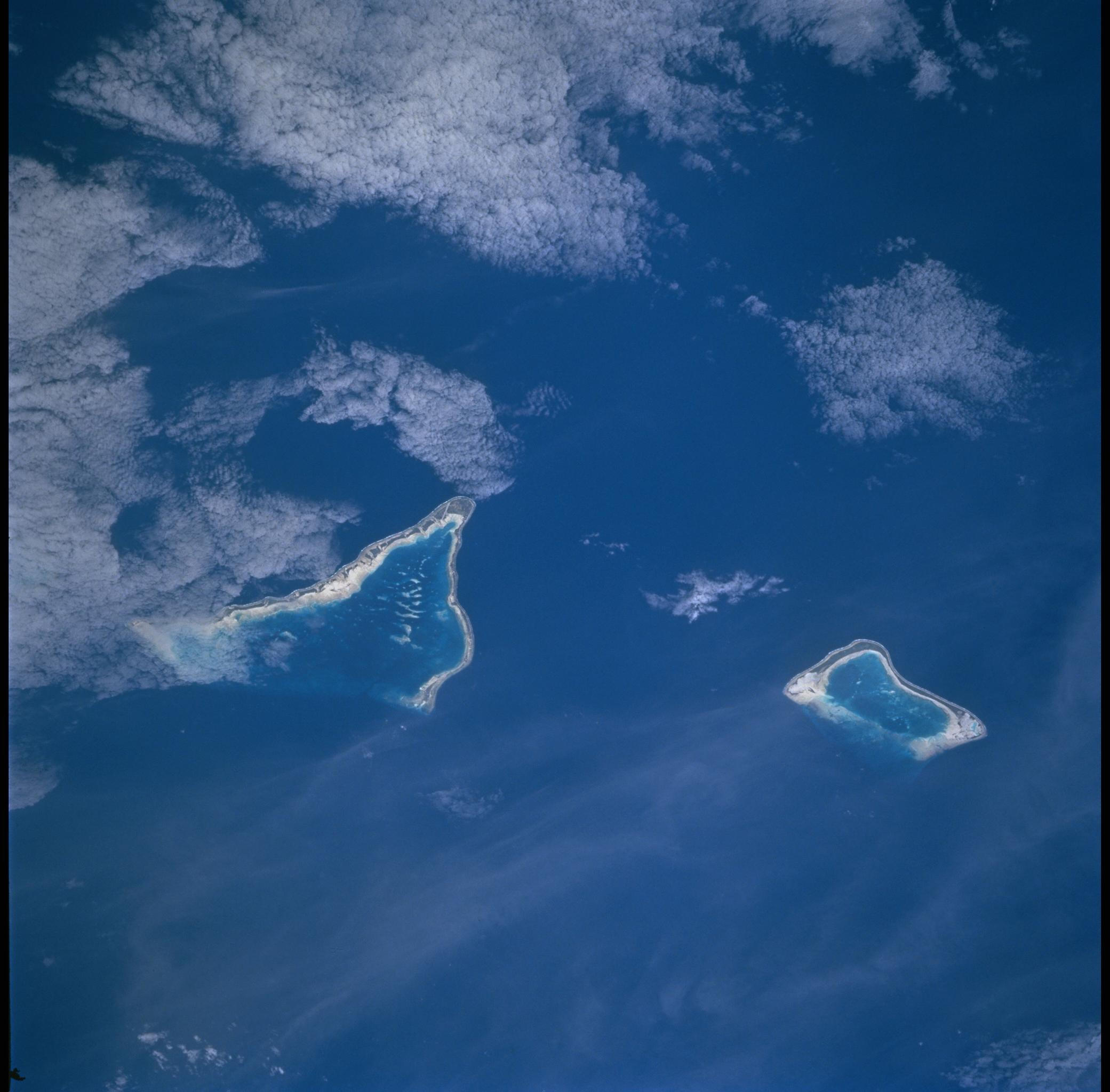 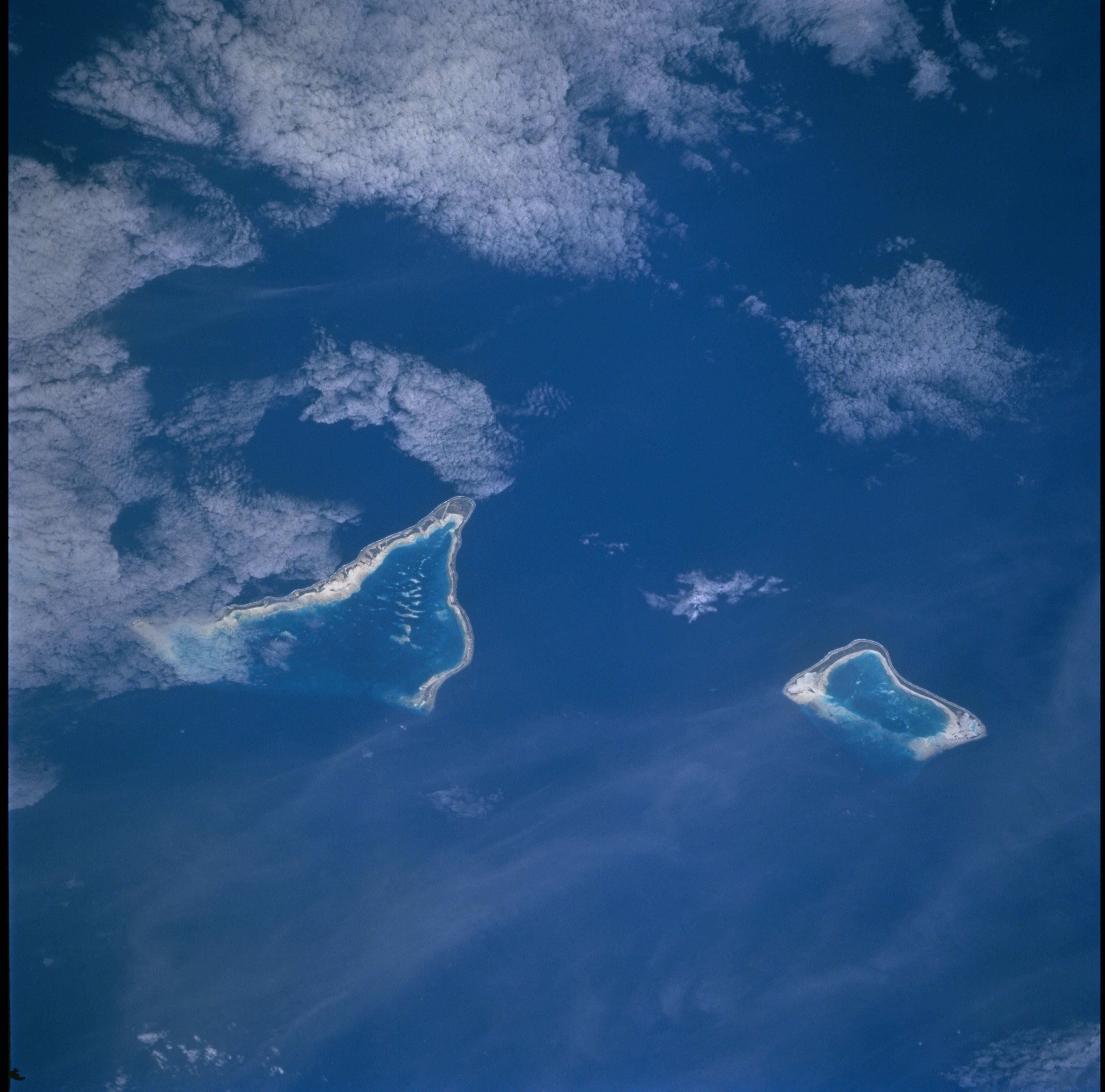 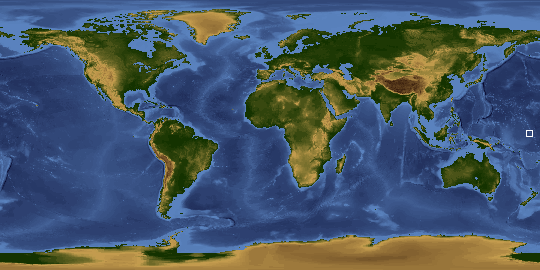 The Republic of Kiribati is an island nation consisting of some 33 atolls near the equator in the central Pacific. Before Europeans found the islands, they had been inhabited for two millennia by indigenous Micronesians. In 1820, the British named the islands the Gilbert Islands, after Captain Thomas Gilbert, who discovered some of the atolls in 1788. The islands eventually gained their independence in the 1970s.

Two of Kiribati's atolls, Tarawa and Maiana, appear in this image. Tarawa--remembered as the site of a brutal World War II battle--is the larger island. Each island consists of a ring of coral around a central lagoon. This photo shows calm conditions, with clear, still water in each central lagoon, and a light spray of clouds overhead.

Scientists have debated the formation process of coral atolls for many years. Today, coral atolls are appreciated for the insights they provide about climate change. As corals grow, the density of their skeletons varies with the seasons, forming datable layers. Depending on salinity, temperature, and water clarity conditions, the thickness of those growth layers can vary, providing a record of conditions in the tropics.