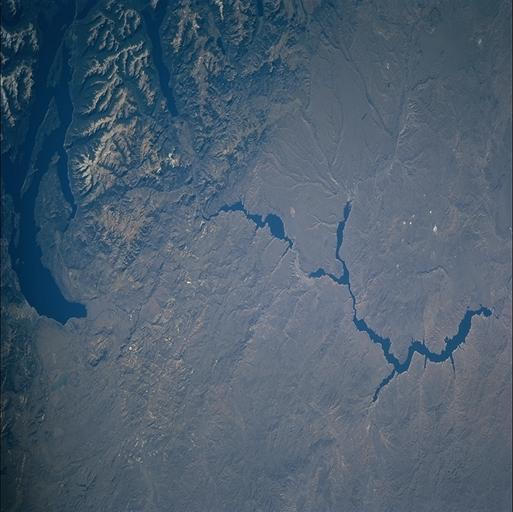 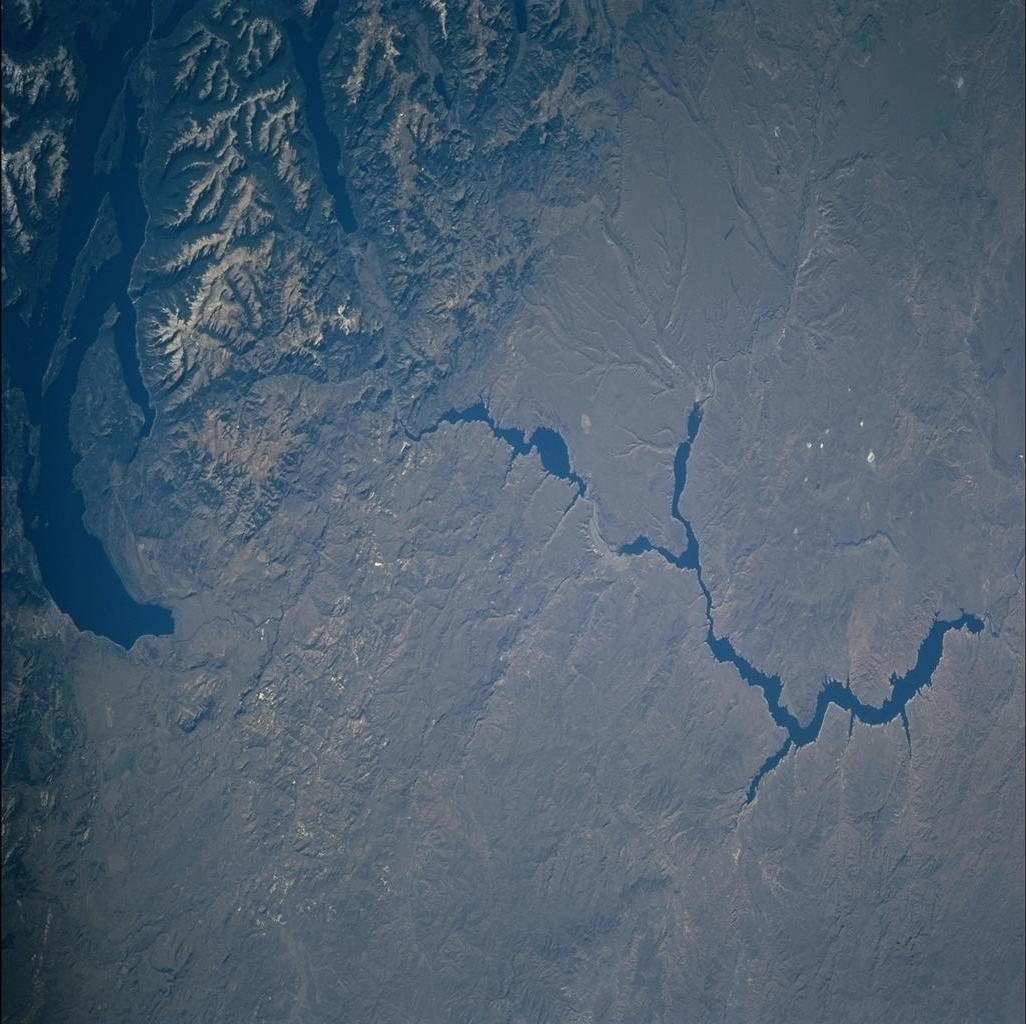 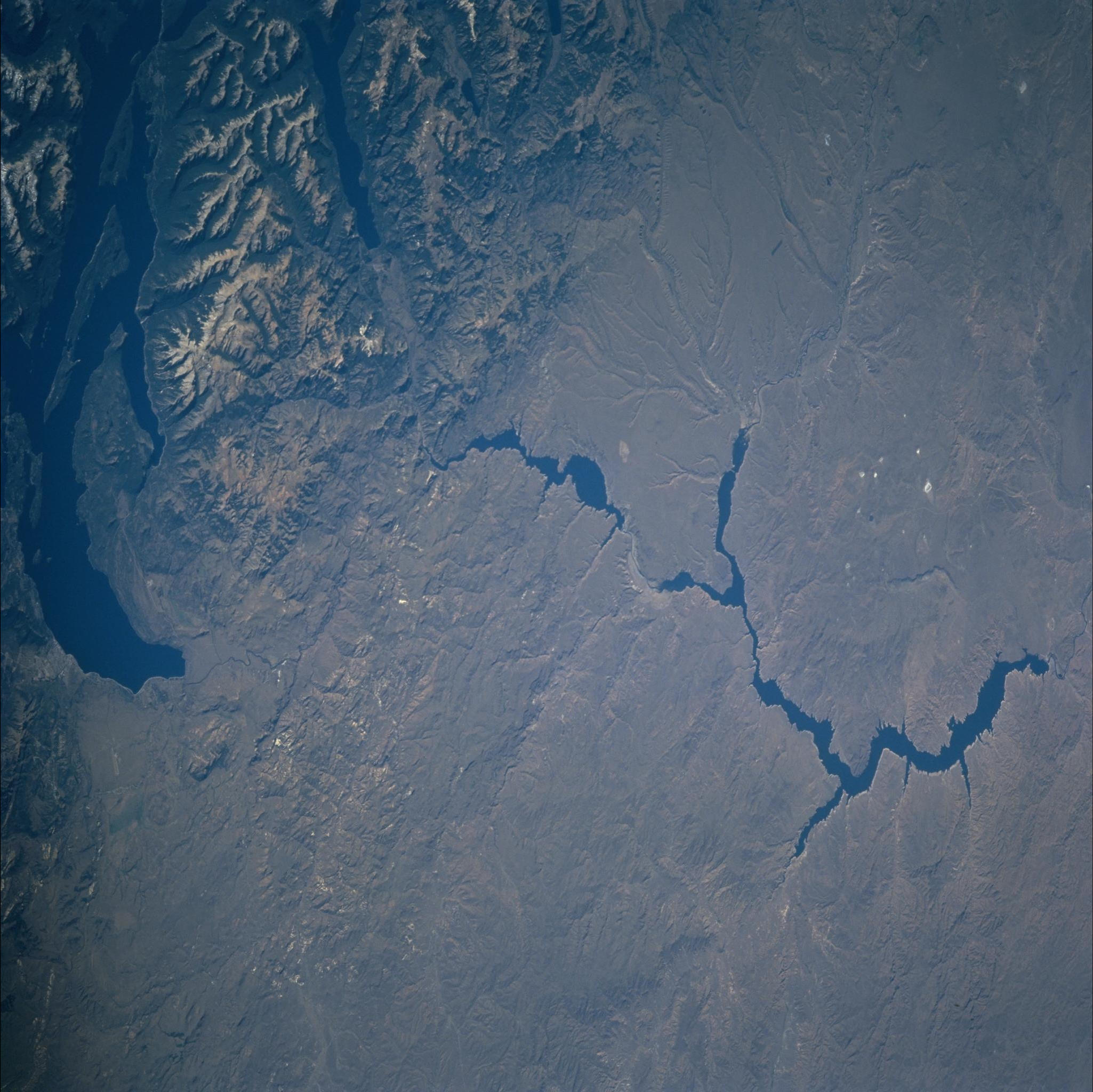 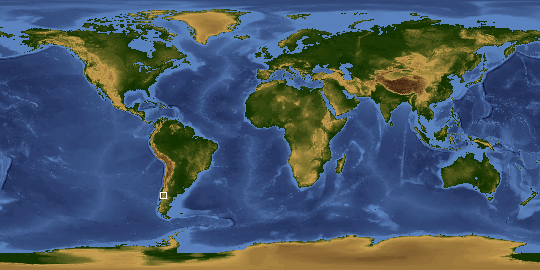 Other options available:
Download Packaged File
Download a Google Earth KML for this Image
View photo footprint information
Image Caption: The Rio Limay, now dammed at a series of points, flows off the southern Andes Mts.,
through the arid lands of Patagonia to the Atlantic Ocean. The browns of the Patagonian
Desert (most of the view) contrast with the greens of the forested slopes of the Andes (top
left). The highest parts of the Andes appear as light-colored treeless ridges. Lake Nahuel
Huapi is the dark feature along the left side of the view. The small gray city on the edge
of the lake (left margin) is the well-known resort of San Carlos de Bariloche. The
Chilean frontier lies just outside the picture top left.