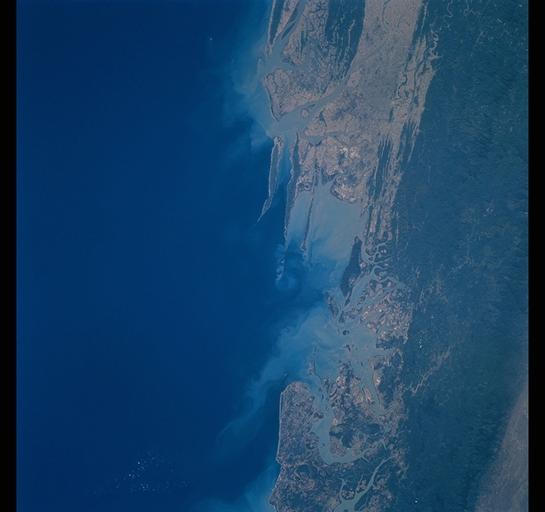 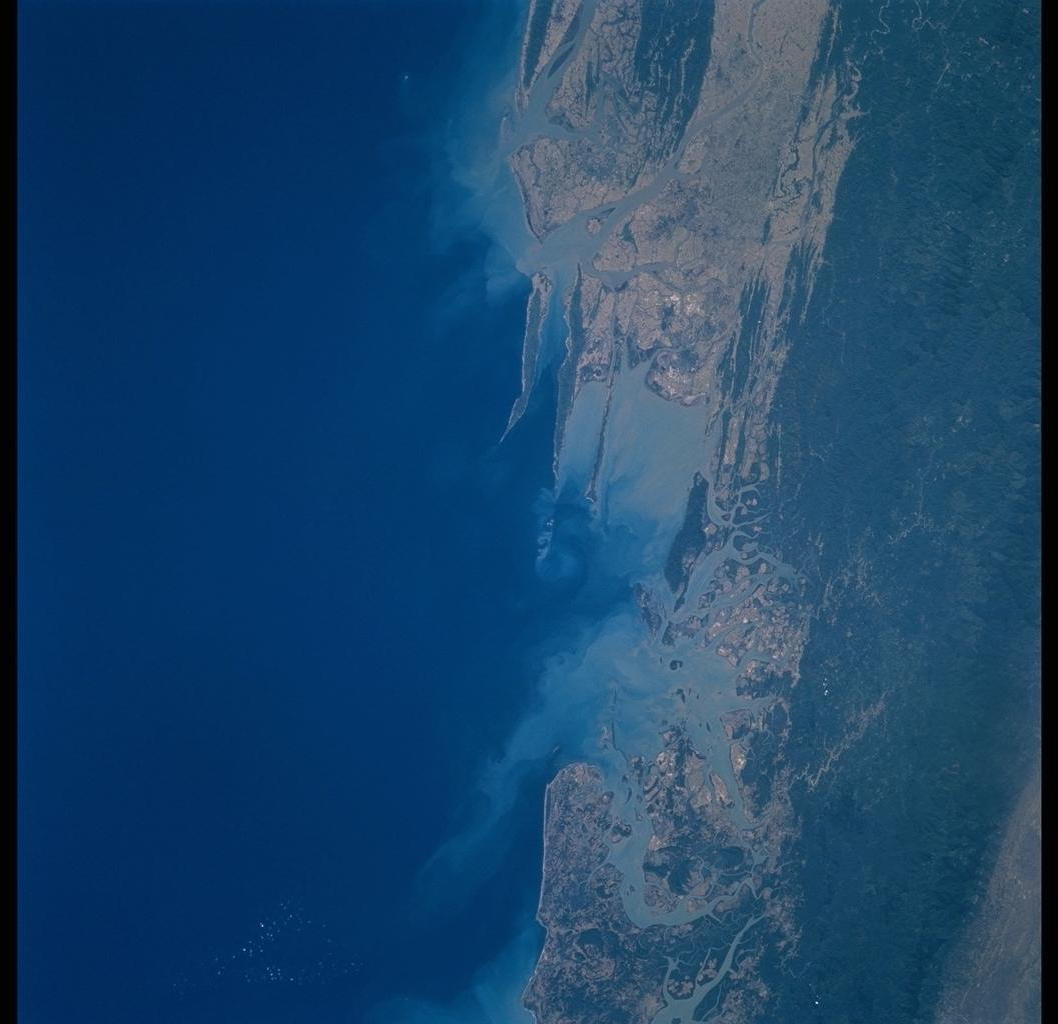 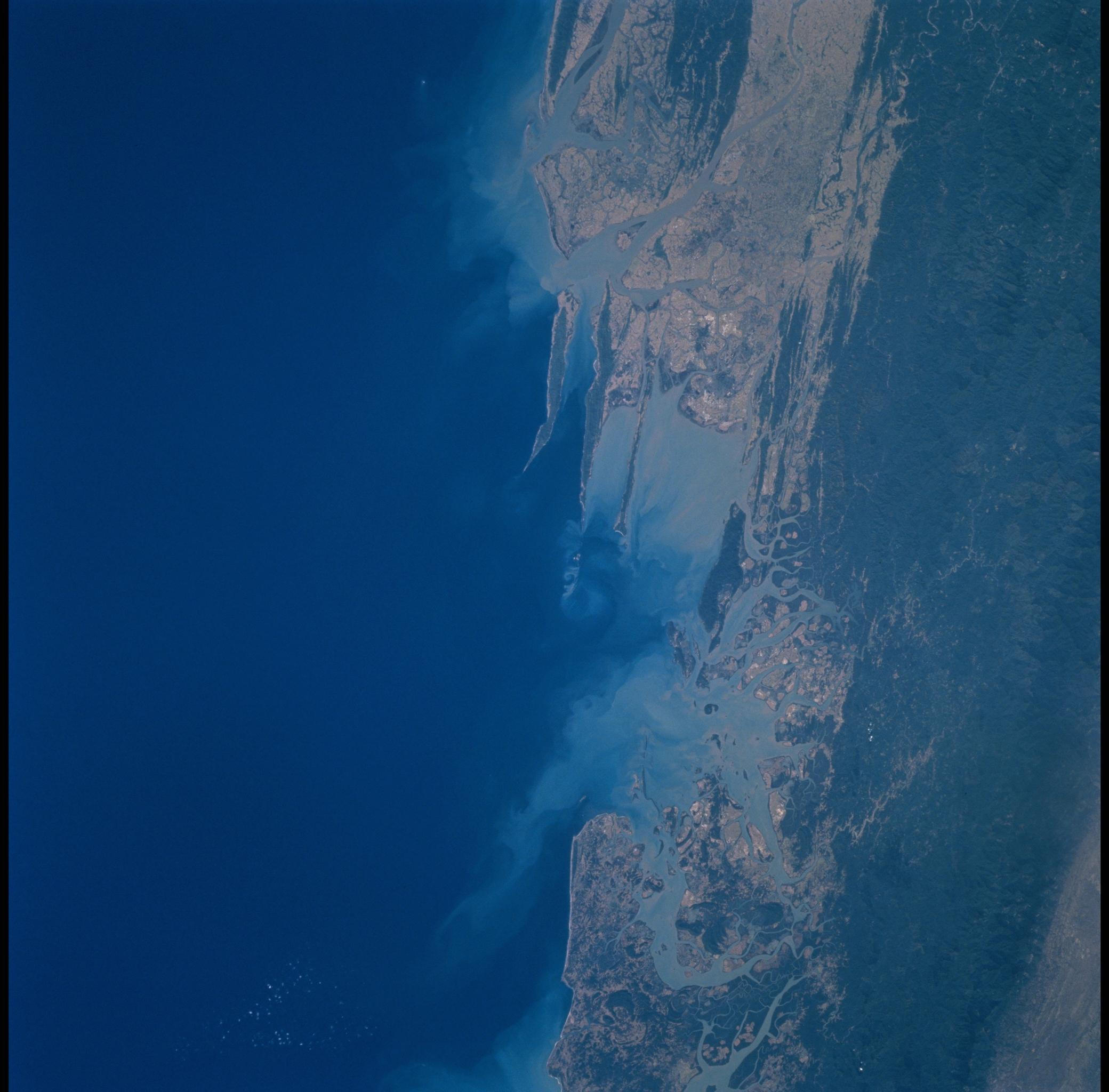 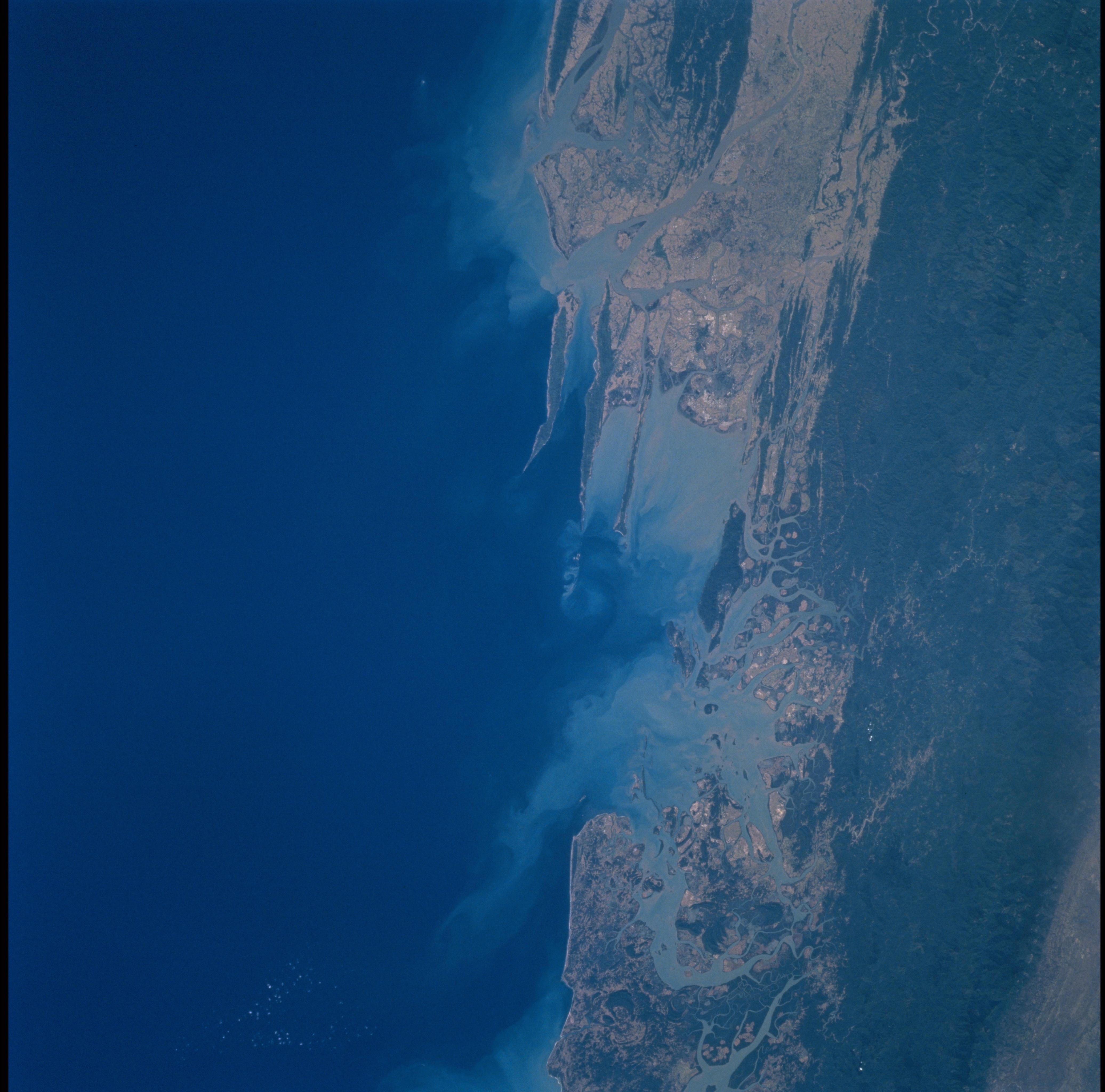 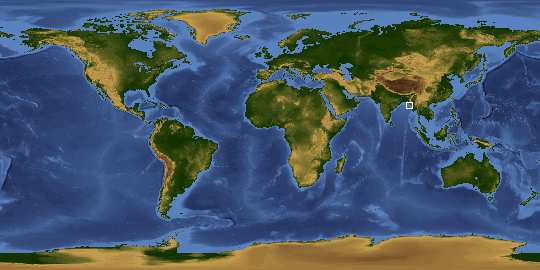 Other options available:
Download Packaged File
Download a Google Earth KML for this Image
View photo footprint information
Image Caption: Combermere Bay, Myanmar.
The northern Burmese coast of the Bay of Bengal features natural,
steep, and sharp edges as well as signs of extensive agriculture. The
long narrow islands point north to the city of Sittwe (Akyab), and the
valley of the Kaladar River. South of these islands are the many
branches of Combermere Bay. On the south end of the bay is the port
city of Kyaukpyu on the north end of the Ramree Island. Kyaukpyu
takes advantage of the deep narrow inlets that form a natural harbor.
Plentiful rainfall from the Indian Ocean monsoons supports the growth
of hardwoods such as teak in the dark green Arakan mountains. The
alluvial plain of the Kaladar River and other lowlands are used for
rice farming. Rice is exported from both port cities to Bangladesh
and other Asian markets.