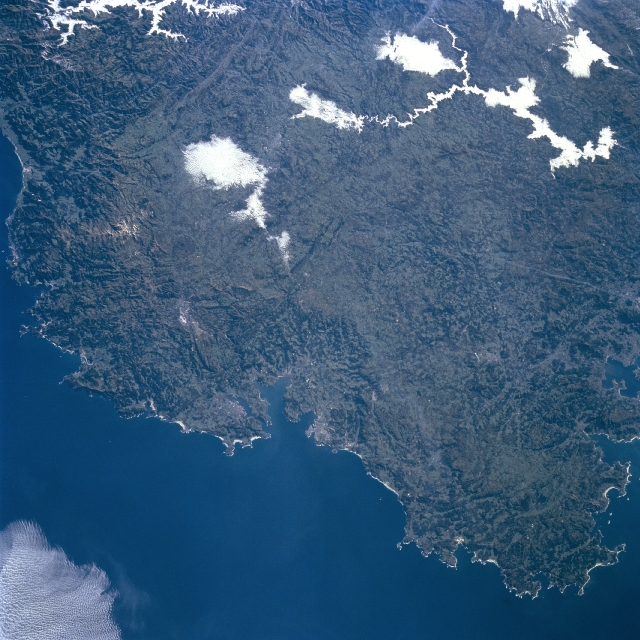 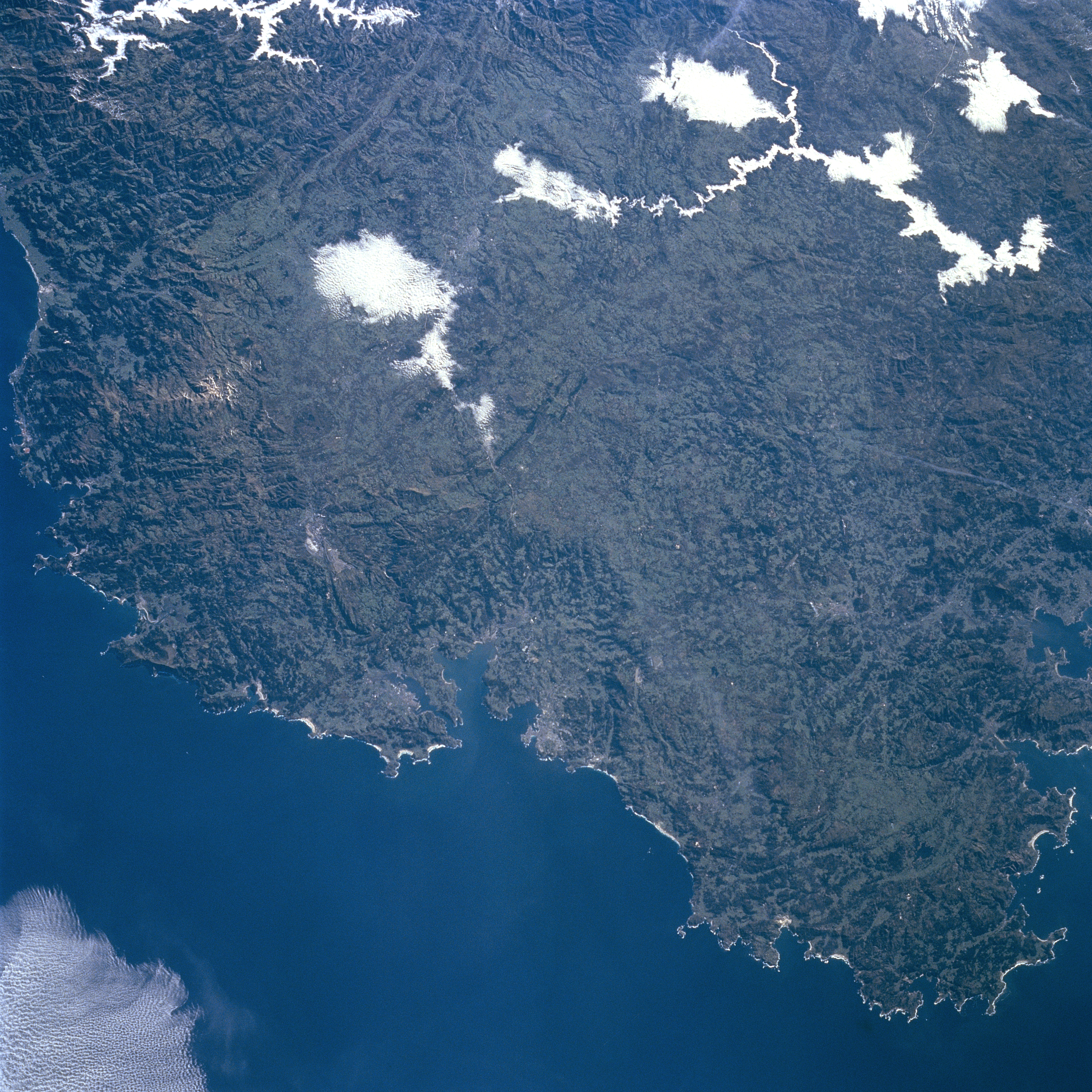 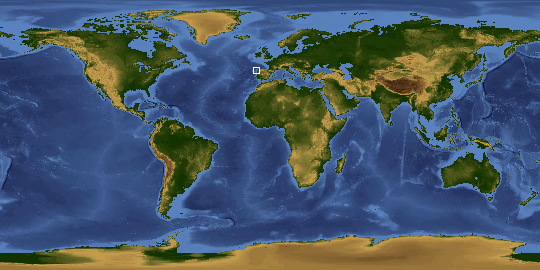 Other options available:
Download Packaged File
Download a Google Earth KML for this Image
View photo footprint information
Download a GeoTIFF for this photo
Image Caption: STS081-746-065 La Coruna Area, Spain January 1997
Galicia, the northwest autonomous community of Spain, has a jagged coastline that is bordered inland by low but rugged mountainous terrain. The inland hills and valleys have meadows and extensive grasslands that are favorable for the developed livestock industry. Since the region receives heavy annual rainfall amounts, usually in excess of 60 inches (152 cm) particularly along the west coast, it ranks as one of the wettest spots in Spain. The vibrant port city of La Coruna is located on a peninsula just west of the large bay along the north coast (slightly below the center of the picture). The white areas over the land are low-lying river valleys and small basins where fog has formed. Some of the tributaries of the Mino River are easy to trace by the pattern of the fog visible in the valleys.