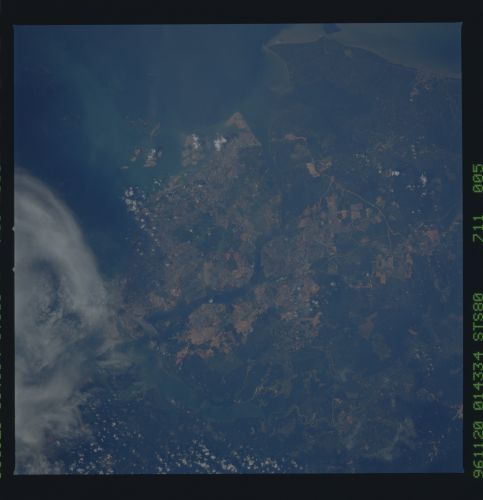 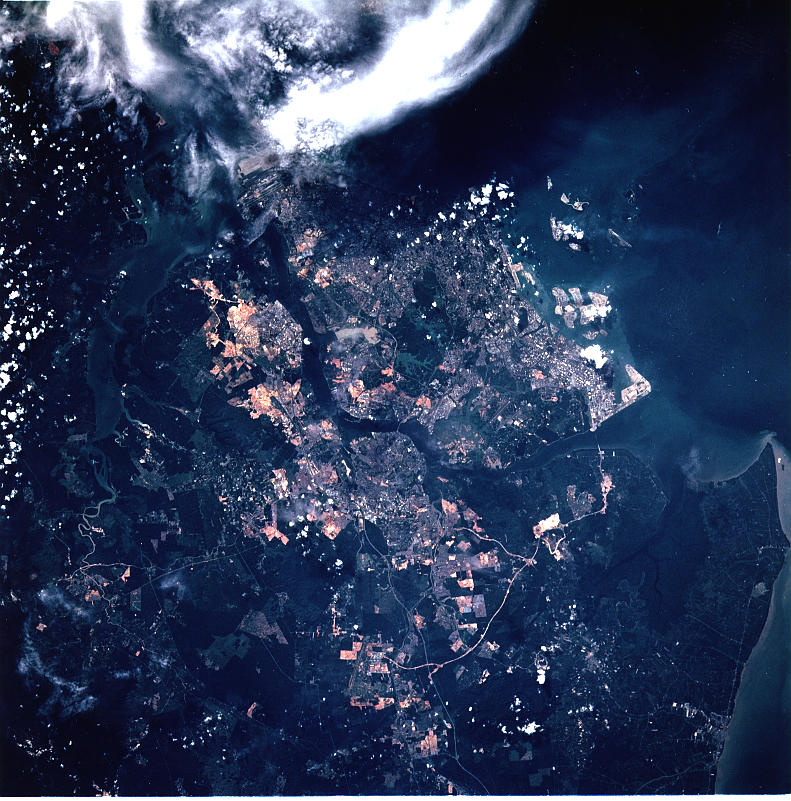 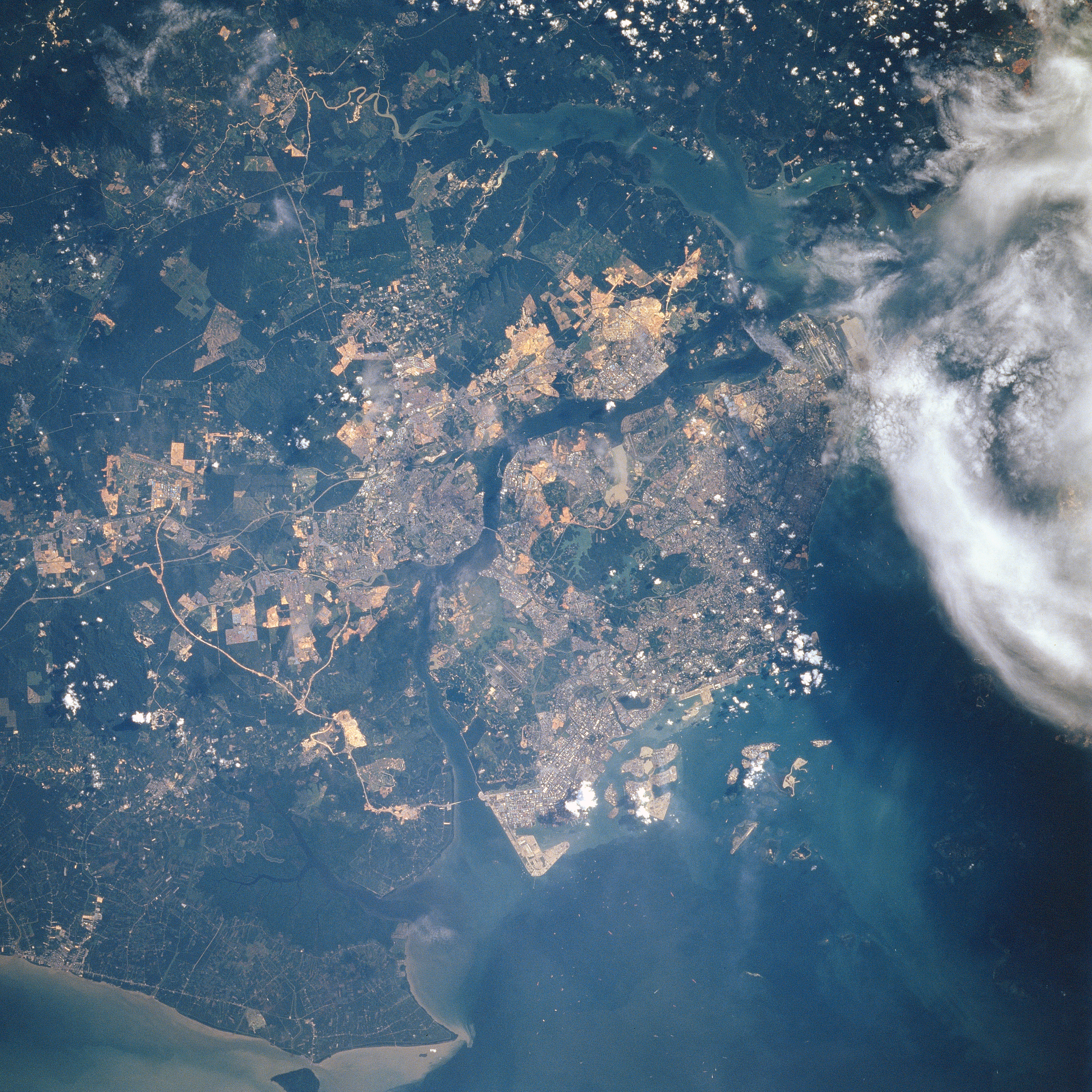 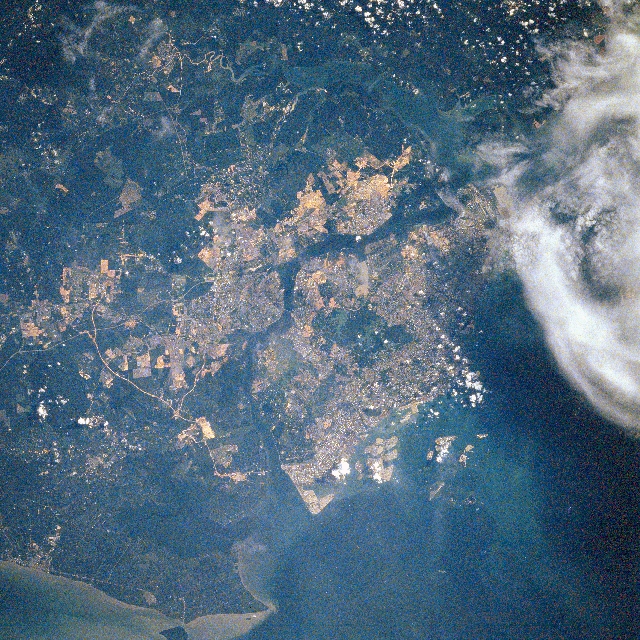 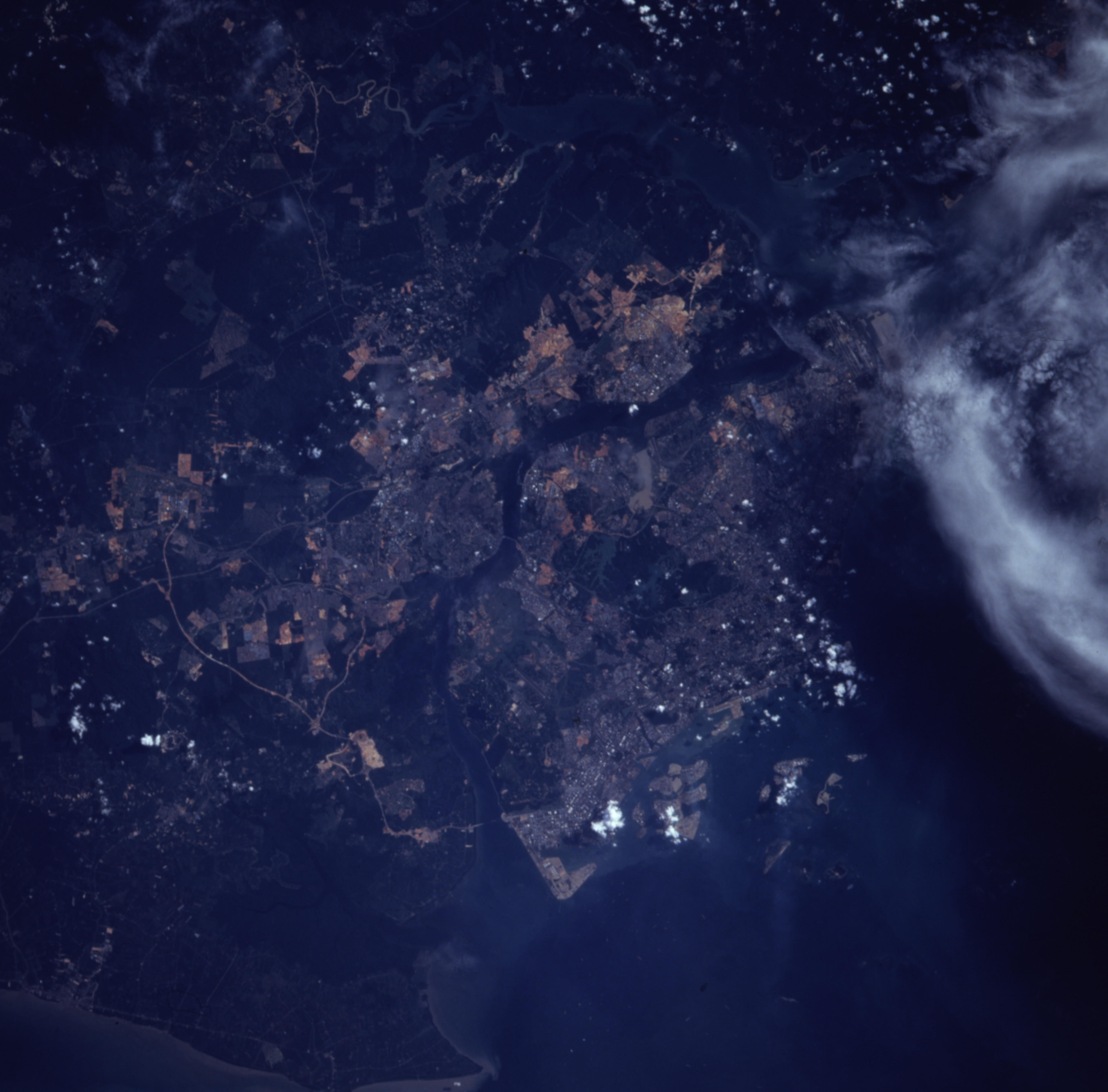 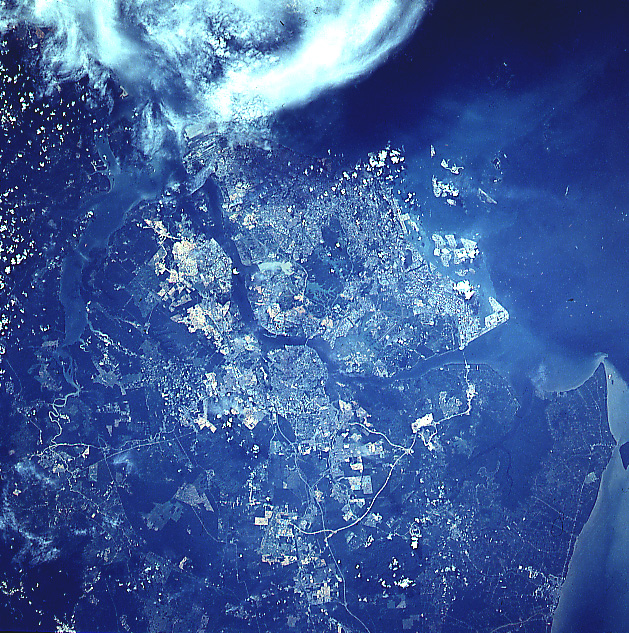 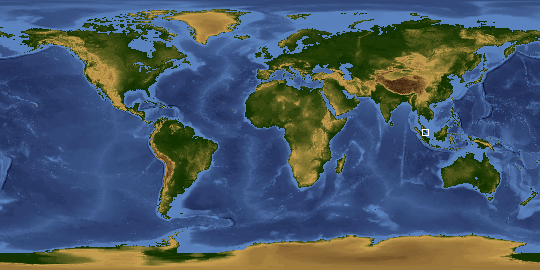 Other options available:
Download Packaged File
Download a Google Earth KML for this Image
View photo footprint information
Image Caption: STS080-711-005 Singapore November 1996
The city of Singapore (center of image), which now encompasses the whole island of Singapore, can be seen in this northeast-looking view. Singapore, which also means "Lion City," has a large natural harbor and is strategically located on the southern tip of the Malaysian Peninsula between the Strait of Malacca to the west (extreme bottom left of the image), and the South China Sea to the east (not visible on image). Singapore is one of the world's busiest port, a leading financial center, and a major supplier of electronics components. The city also has oil refineries and major shipbuilding and ship repair facilities. Singapore Island, once heavily forested, is low lying and is composed of a granitic core surrounded by sedimentary lowlands. The coast has many inlets and there are extensive mangrove swamps. The Malaysian city of Johor Baharu, a major trading center for rubber and tropical products, is visible just to the north of Singapore across the Johore Strait.