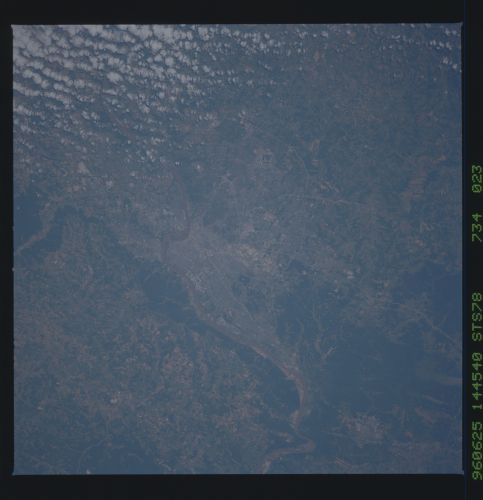 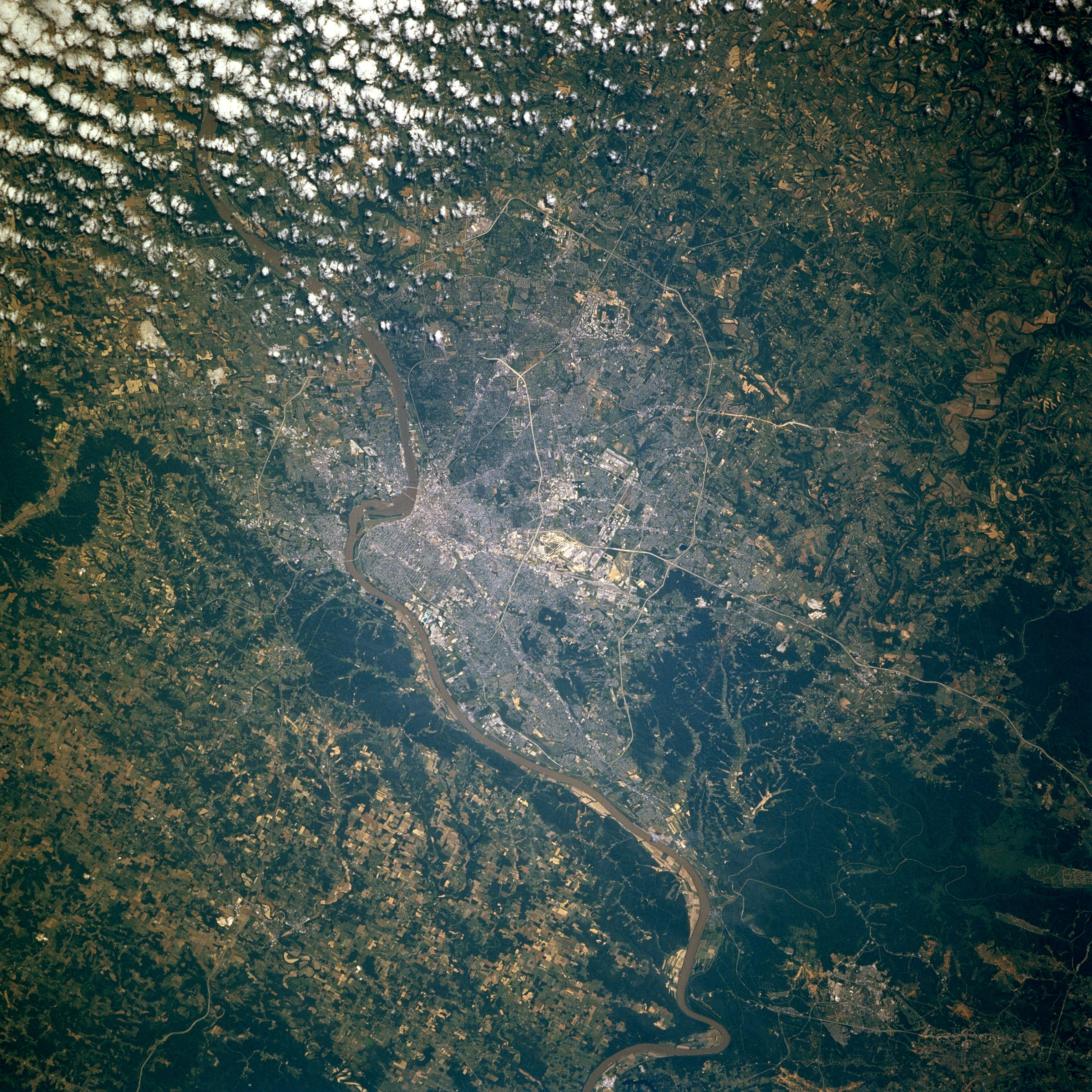 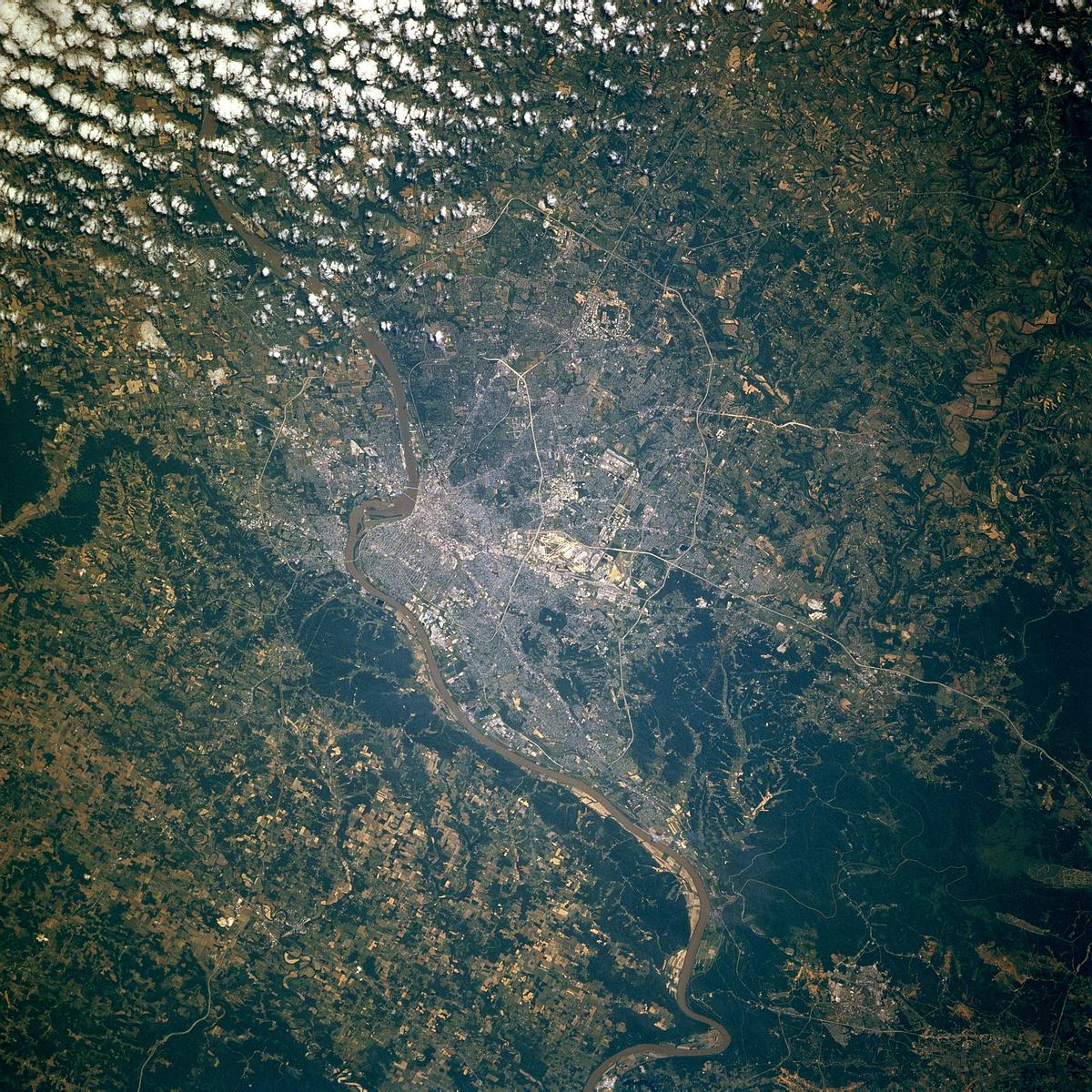 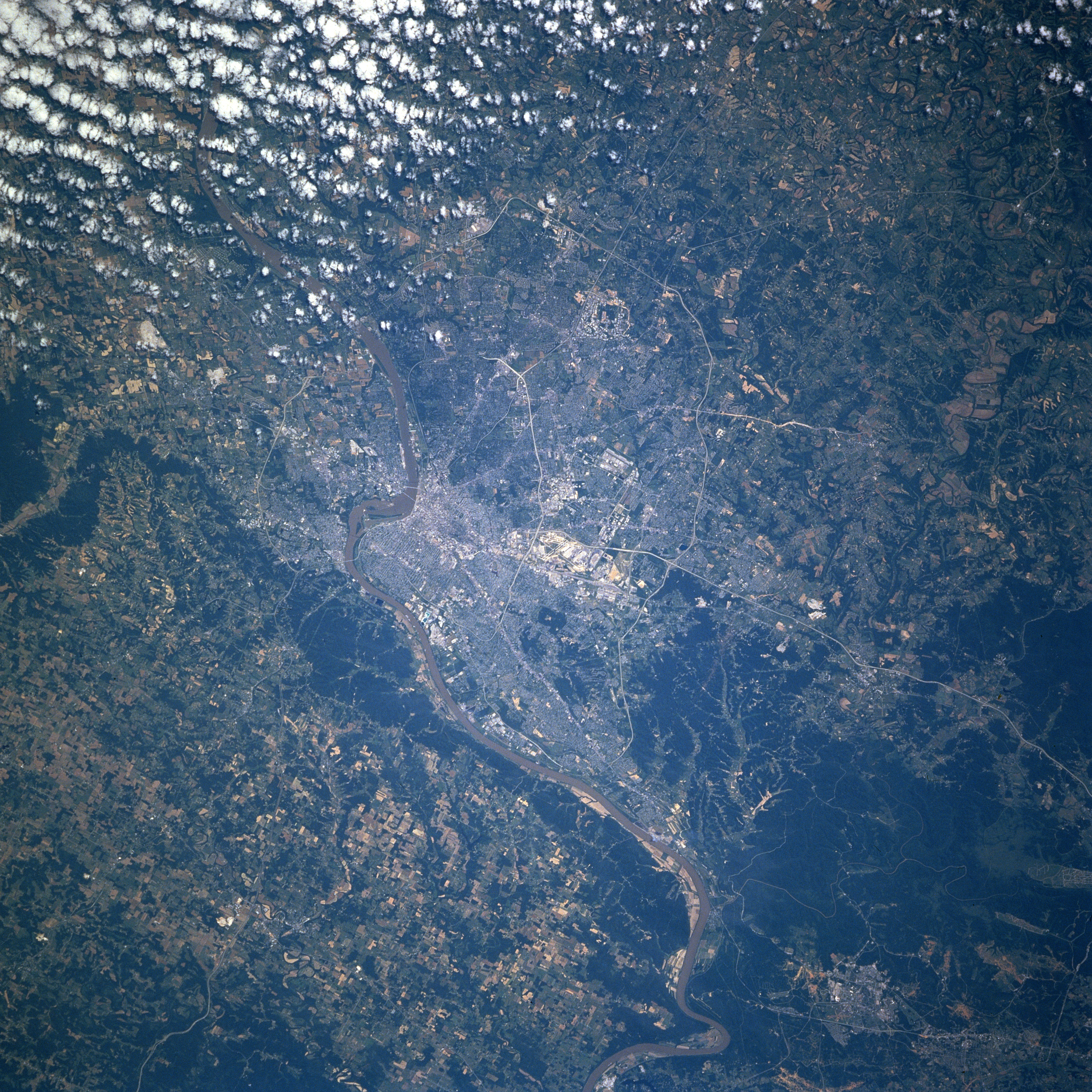 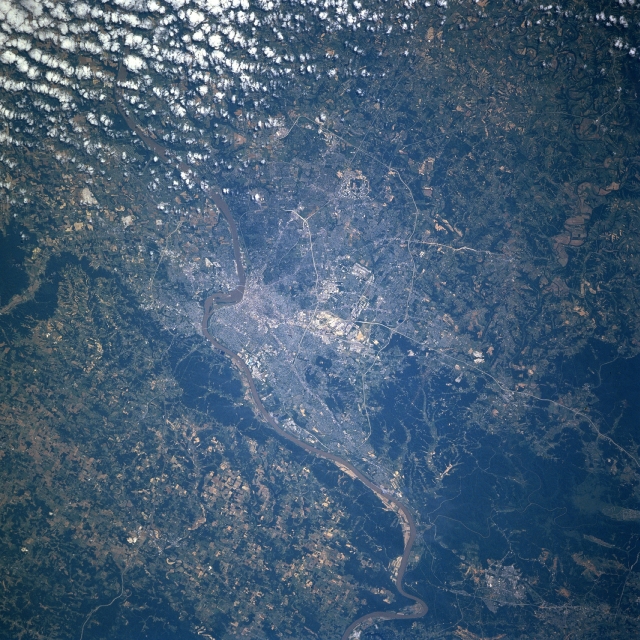 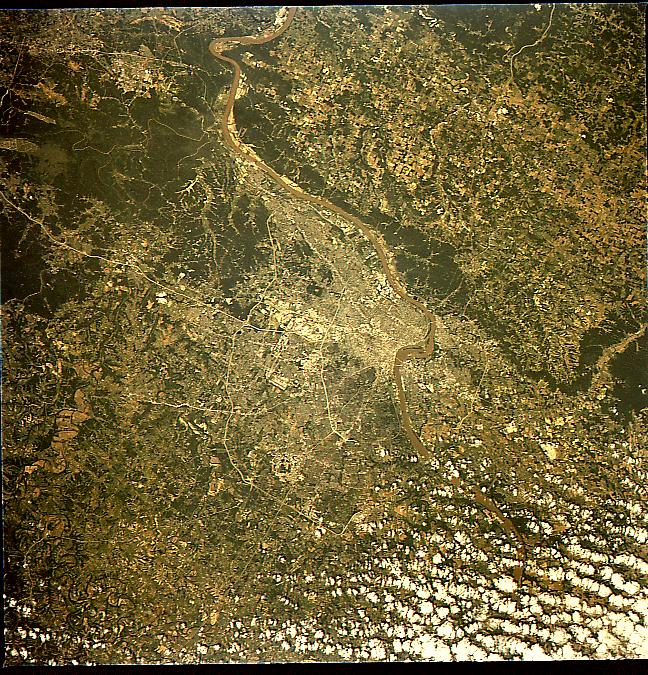 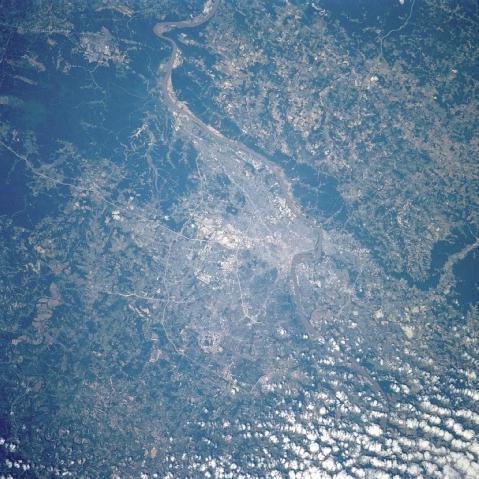 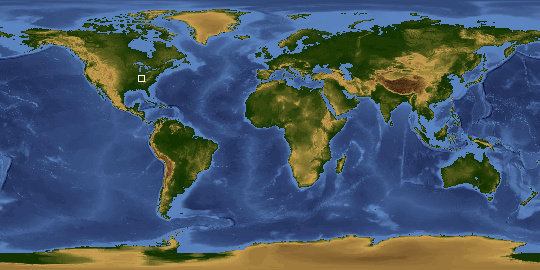 Other options available:
Download Packaged File
Download a Google Earth KML for this Image
View photo footprint information
Image Caption: STS078-734-023 Louisville, Kentucky, USA June 1996 Several bridges span the Ohio River, the narrow muddy-looking feature that extends across the image from northeast to southwest. Downtown Louisville is adjacent to the Ohio River just east of the rounded promontory that juts northward into the Ohio River (slightly right of center). Indiana is north of the river and Kentucky is south of the river. Major highways can be traced across the Louisville region. These roads include an inner loop or beltway (Interstate Highway 264) and an outer loop (Interstate Highway 265). Additionally, Interstate Highway 65, a major north-south artery, is especially easy to discern as it enters the south side of the city. A cluster of highly reflective features (center of the picture) shows the location of Standiford Field and a large federal installation. The darker landscape maps the extent of heavily wooded, rugged, undeveloped terrain, located southwest of the urban area. There is also a narrow band of wooded acreage along the north bank of the Ohio River west of Louisville.