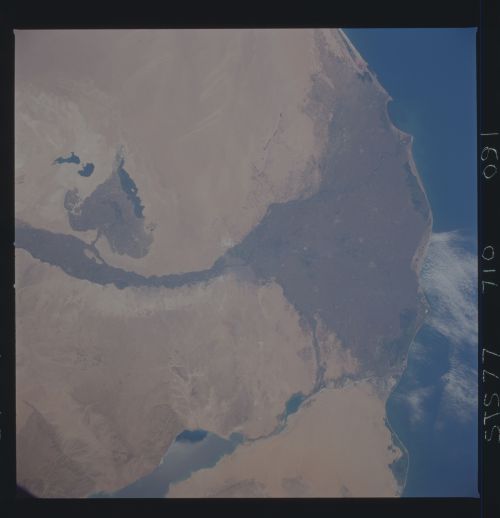 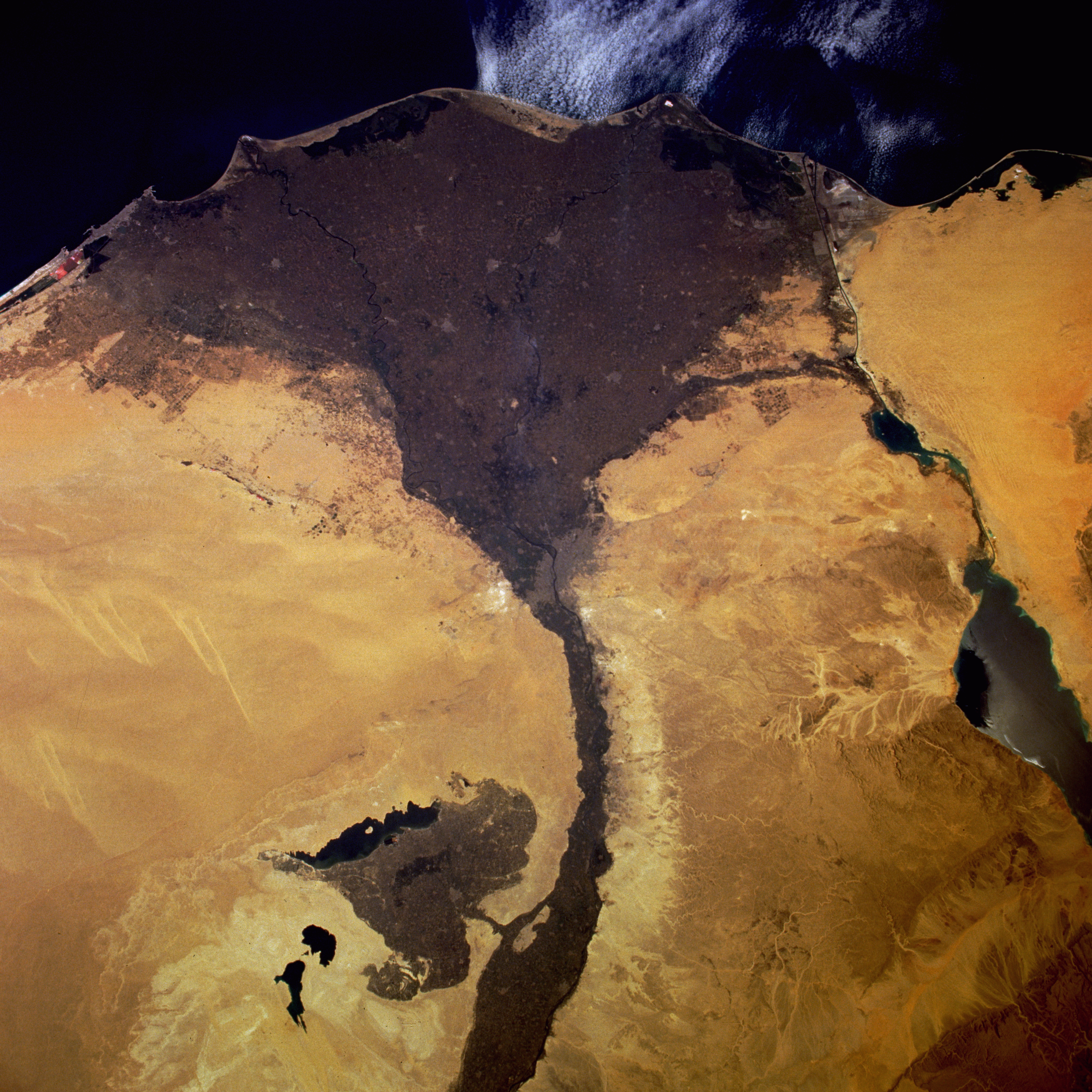 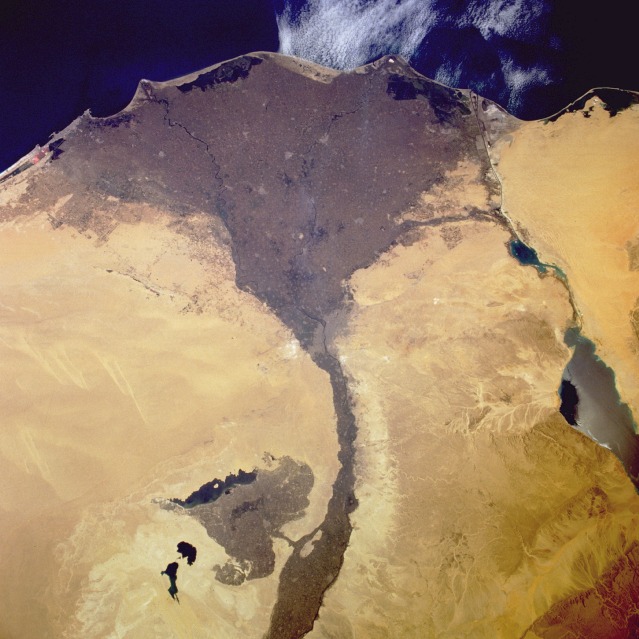 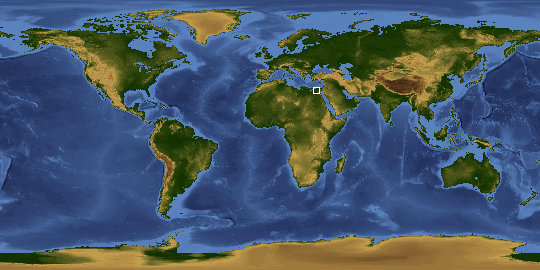 Other options available:
Download Packaged File
Download a Google Earth KML for this Image
View photo footprint information
Image Caption: STS077-710-091 Nile River Delta, Suez Canal, Egypt May 1996
The Nile River Delta and the Suez Canal are featured in this north-northwest-looking, low-oblique photograph. Cairo, the capital of Egypt close to the head of the delta, is discernible close to the center of the photograph. Cairo's manufactures include textiles, food products, pharmaceuticals, chemicals, plastics, and metals. Tourism is also a major industry. Many of the pyramids lie west of the city (white area). The great Nile River Delta, 100 miles (160 kilometers) long and up to 115 miles (185 kilometers) wide, contains 60 percent of Egypt's cultivated land, extensive swamps, and shallow lakes. Two distributaries, the Rosetta (Rashîd) on the west, and the Damietta (Dumyât) on the east, each 150 miles (240 kilometers) long, carry the river's remaining water to the Mediterranean Sea. The Suez Canal appears east of the delta as an undeviating straight line south from Port Said on the Mediterranean coast to the Gulf of Suez (near the right center of the photograph). The canal, more than 100 miles (160 kilometers) long, connects the Mediterranean Sea with the Red Sea, the Gulf of Aden, and the Indian Ocean. The canal has no locks and can accommodate ships of almost any draft.