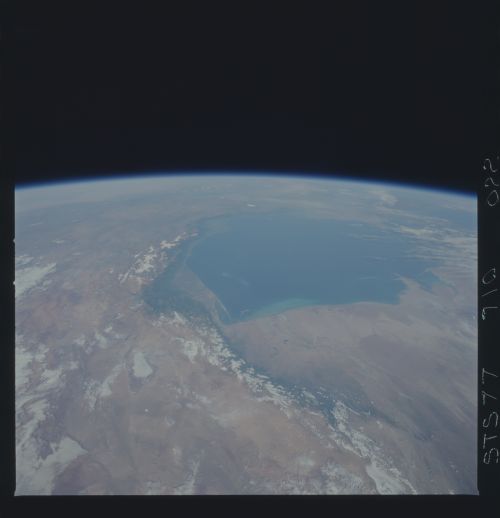 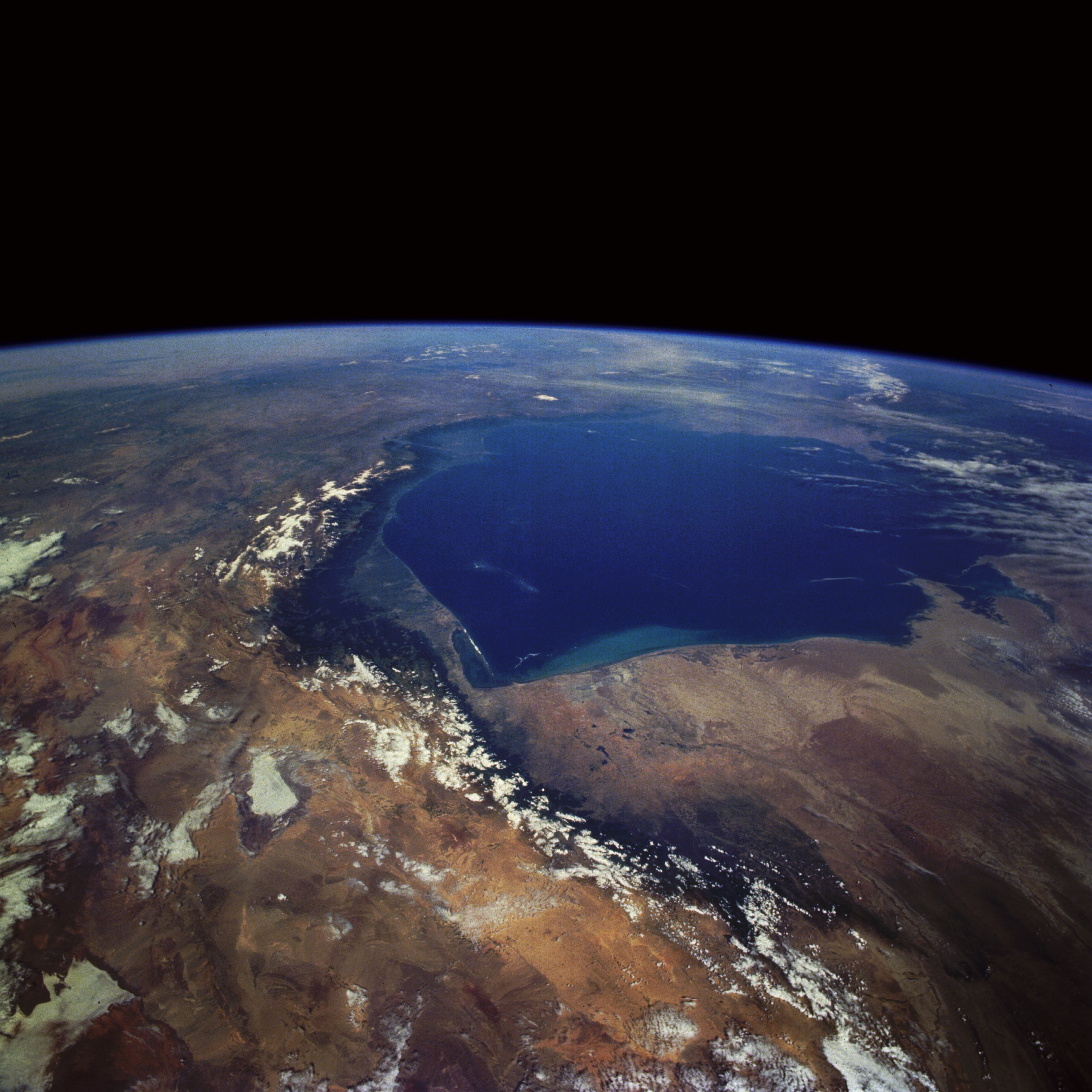 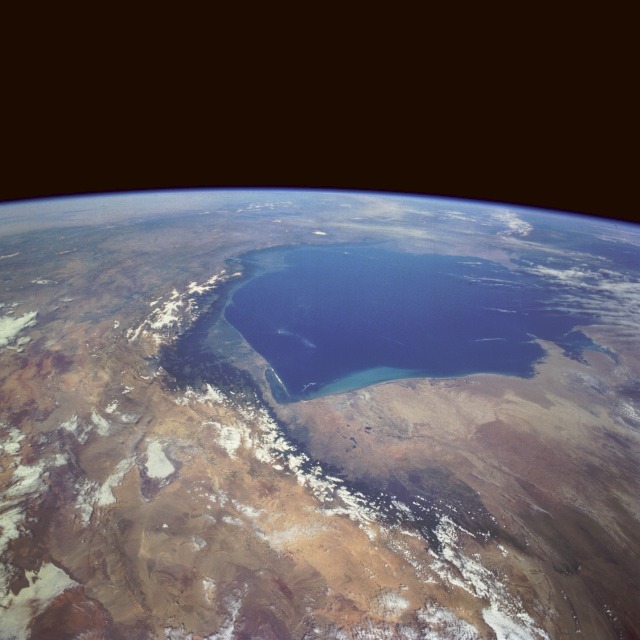 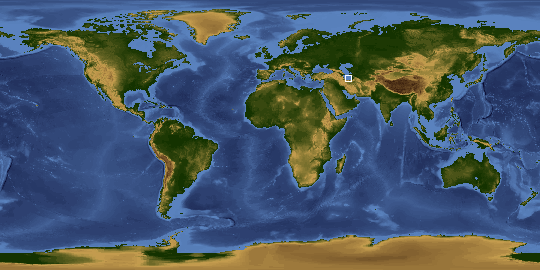 Other options available:
Download Packaged File
Download a Google Earth KML for this Image
View photo footprint information
Image Caption: STS077-710-022 Caspian Sea, Elburz Mountains, Iran May 1996
The Caspian Sea, the world's largest inland body of water, is discernible in this panoramic, west-looking, high-oblique photograph. A salt lake, the Caspian Sea sits in a huge depression that has many entering rivers and streams, including the Volga, but no outlet. The sea, situated 92 feet (28 meters) below sea level, has in recent years experienced drops in water level. Along the southern shore are the rugged, snow-capped Elburz Mountains, with the lowland that separates them from the sea (just left of center) no wider than 25 miles (40 kilometers) at any one point. The Elburz Mountains, with many peaks exceeding 10 000 feet (3050 meters), have as their highest peak, Mount Damavand, an extinct volcano reaching 18 934 feet (5775 meters). Discernible is Dasht-e-Kavir (from near left center to near bottom center), a great salt desert and huge basin of interior drainage named after kavirs (salt marshes) that cover large areas within the basin. Apparent are clouds above the Kopet Mountains (bottom right center) and the Bay of Krasnovodsk in Turkmenistan (right center).