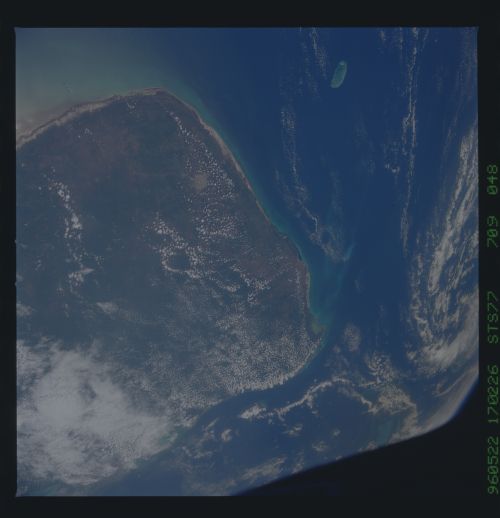 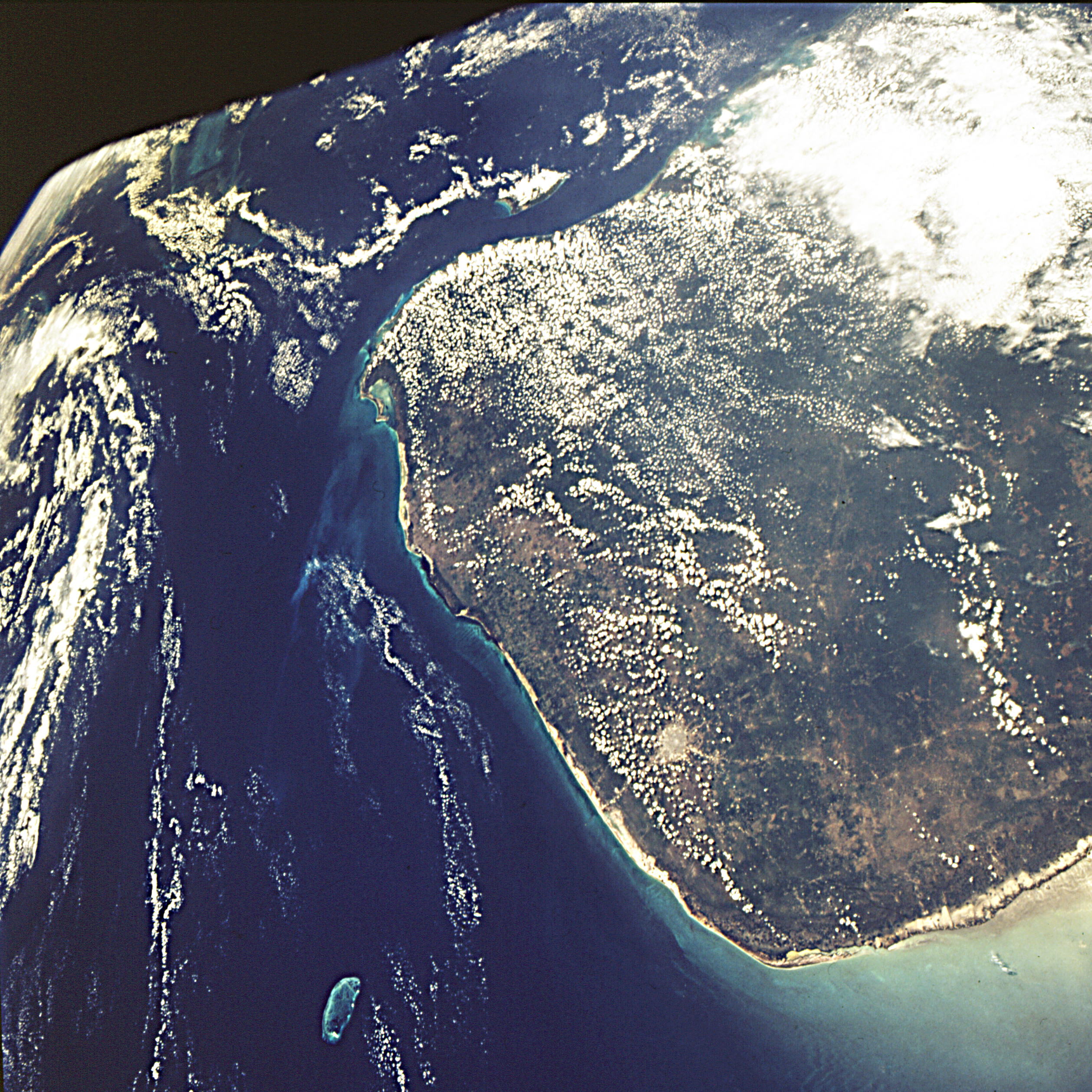 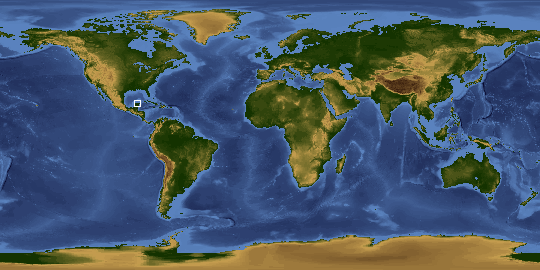 Other options available:
Download Packaged File
Download a Google Earth KML for this Image
View photo footprint information
Download a GeoTIFF for this photo
Image Caption: Northern end of the Yucatan Peninsula, Mexico. The city of
Merida appears as a large gray dot near the coast. The city of
Progresso on the coast and north of Merida is near the center of
of the Chicxulub impact crater. Chicxulub has been eroded and is
no longer readily visible, however this crater is estimated to have
originally been 6 to 12 miles (10 to 20 kilometers) in diameter. It
has been theorized that this impact contributed to the extinction
of the dinosaurs at the end of the Cretaceous.