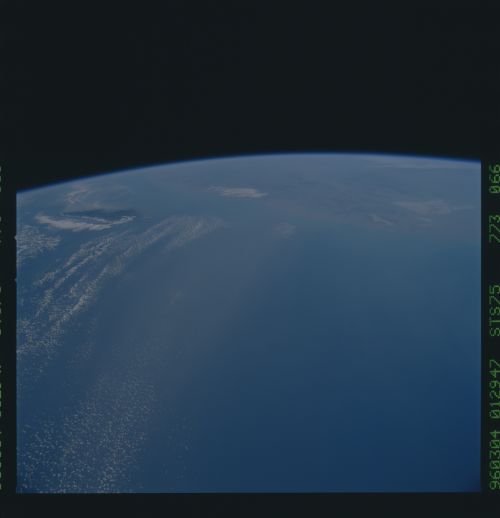 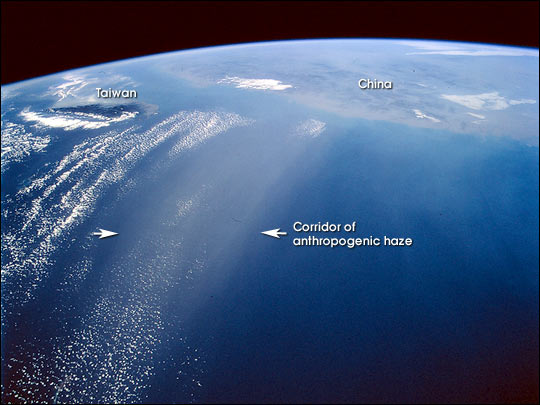 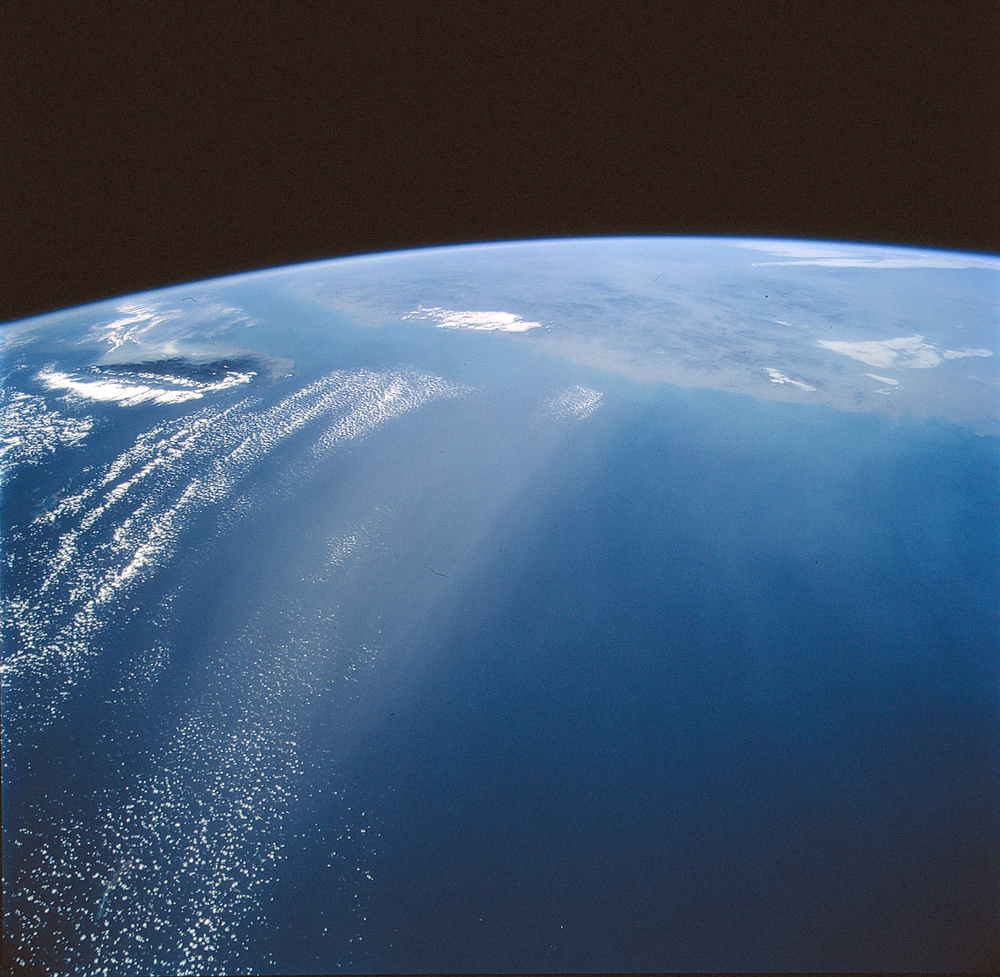 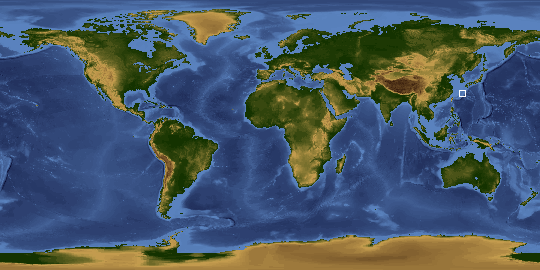 Other options available:
Download Packaged File
Download a Google Earth KML for this Image
View photo footprint information
Download a GeoTIFF for this photo
Image Caption: Greenhouse gases act broadly to warm the atmosphere, but human-induced aerosols (particles in the atmosphere) generate negative forcings--that is cooling of the atmosphere by reflection of the sun's energy away from Earth. The above photograph from the Space Shuttle was featured in an article in Science magazine this week (Science vol. 300: 1103-1104). It shows haze from China spread over the Pacific Ocean, on March 4, 1996.

In the Science article, Anderson and coworkers point out that greenhouse gas forcing on climate is fairly well understood, but the effect of aerosols is not. Two ways of estimating the "forcing," or push, on global climate caused by aerosols give inconsistent results. So-called "inverse" calculations constrain such cooling to a range of -1.0 to -1.9 Watts per square meter, whereas "forward" calculations suggest far greater negative forcing, as much as -3 W/m2 or more. Photographs taken by astronauts illustrate the kind of reflective smog plumes that cause surface cooling.

The photograph shows a coherent corridor of anthropogenic haze (arrows), probably a mixture of industrial air pollution, dust, and smoke, in the left half of the view against the dark background of the East China Sea Wilkinson et al. 2000). The corridor is ~200 km wide and probably much more than 600 km long (the visible length over the sea). In this southwest-looking view, the island of Taiwan appears top left and the east coast of China across the rest of the view. The picture was taken as the Space Shuttle flew over Okinawa. Shanghai lies at the near point on the Chinese coastline (top right)--about 650 km away. The transport of smog from East Asia has been confirmed in measurements of the atmosphere over North America.

The uncertainty in understanding aerosol forcing of global temperature means that its effect in counteracting greenhouse-gas warming is still largely unknown. The Science article concludes that the 0.6 Kelvin rise in average global surface temperature in the last 130 years may be due to natural variability in the atmosphere that could be far higher than currently understood; and/or to much higher sensitivity in the climate system. The article nevertheless concludes that by the middle of this century the absolute accumulation of greenhouse gases, compared to the non-accumulation of aerosols, "will inevitably result in a strong, positive forcing of Earth's climate system".