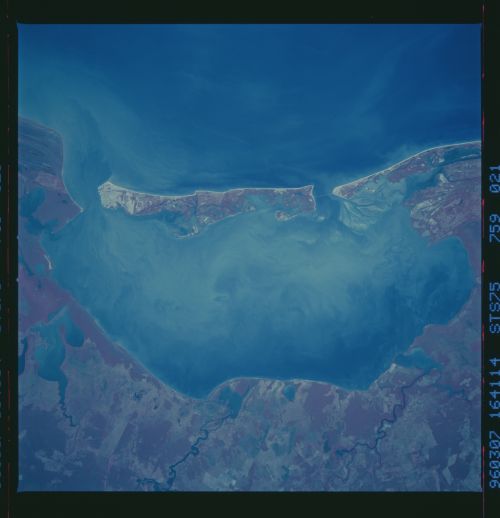 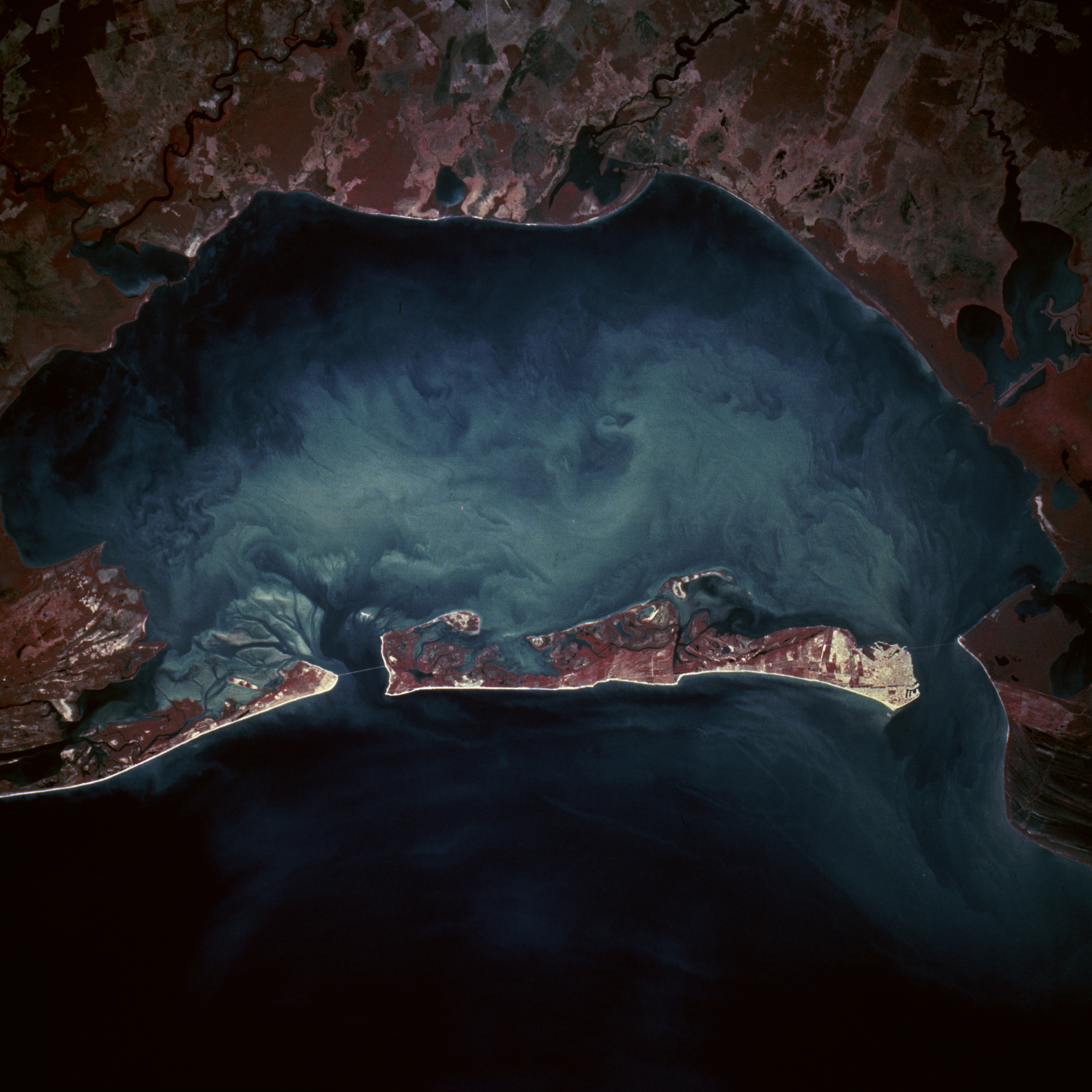 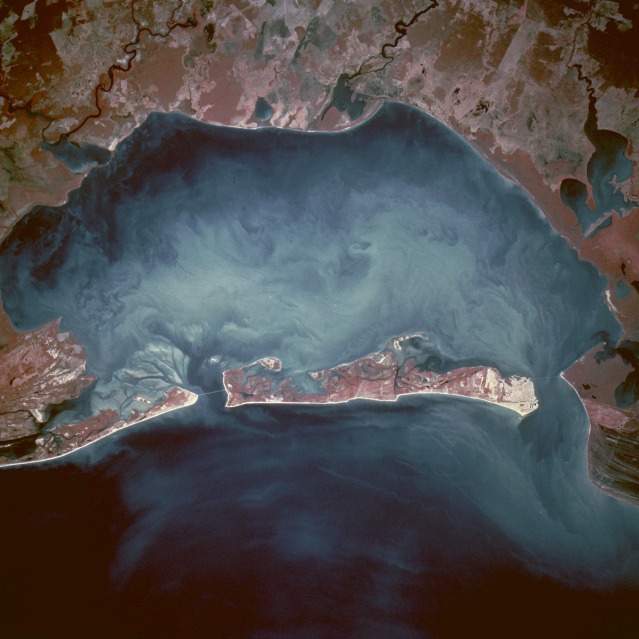 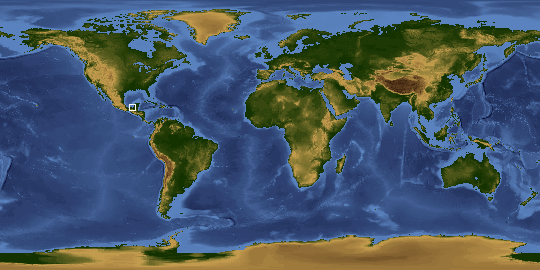 Other options available:
Download Packaged File
Download a Google Earth KML for this Image
View photo footprint information
Image Caption: This color infrared, near-vertical photograph of Laguna de TZrminos shows a sediment-laden lagoon that is partially bordered on one side by Carmen Island. The dynamics of the surface currents within the lagoon are revealed by the turbidity patterns in the water. Cuidad del Carmen, with a population of approximately 50 000 on the western tip of Carmen Island, has excellent port facilities that handle approximately 20 percent of Mexico's total petroleum exports. Apparently bridges on either end of the island connect the island with the mainland. The lagoon, recognized as a critical wetland area, is listed among the highest ranked habitats in Mexico for its ability to sustain a variety of plants and animals. Several small, short-flowing rivers enter the lagoon from the mainland along the south side of the lagoon. As industry develops along the southern shore of the lagoon, ecologists and environmentalists will monitor discharges into this environmentally sensitive area. The Bay of Campeche, a southern extension of the Gulf of Mexico, is the water body along the northern coast of Carmen Island.