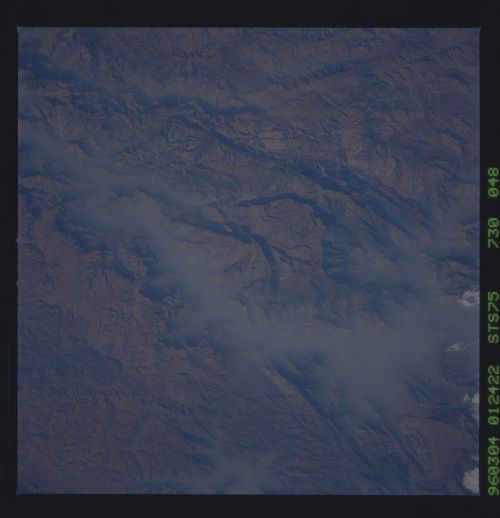 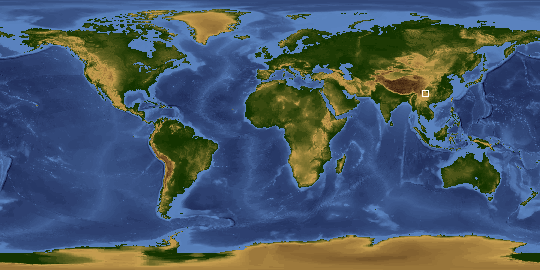 Other options available:
Download Packaged File
Download a Google Earth KML for this Image
View photo footprint information
Image Caption: Strange airplane activity off the west coast of
California_for a plane which had recently made a "U" shaped turn over
a low status deck. Smog from the Red Basin in China often migrated into the
Folded Ranges to the west, causing a fog-like appearance in the
valleys.