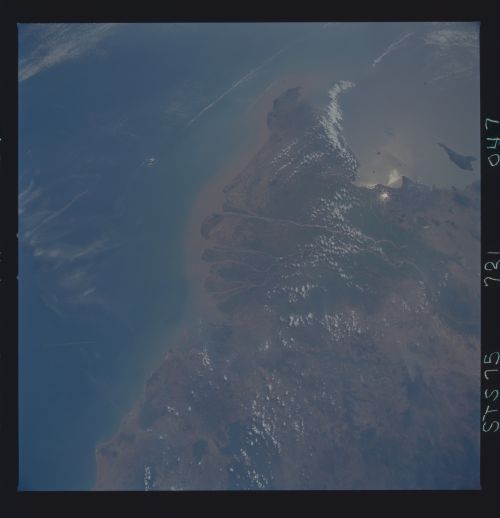 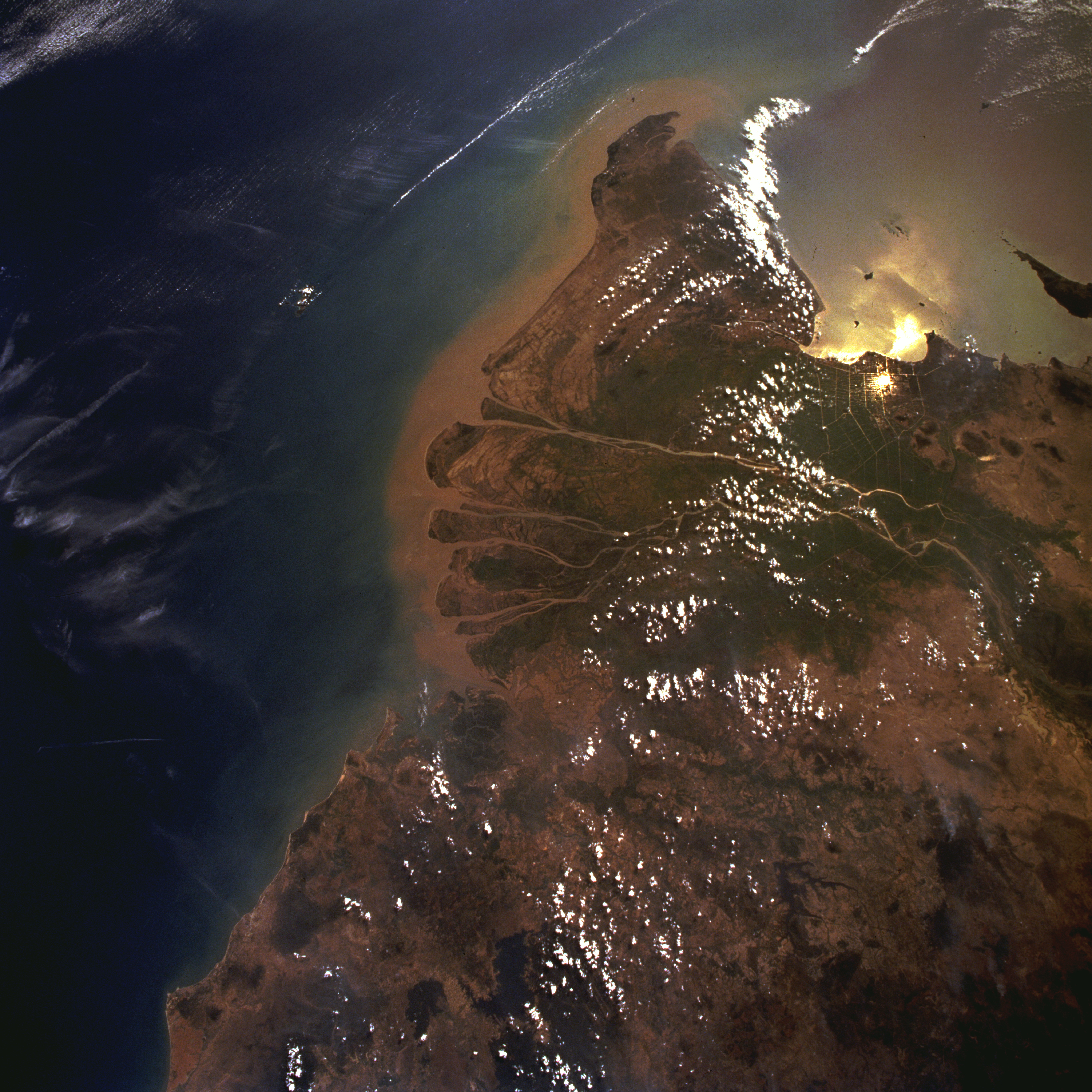 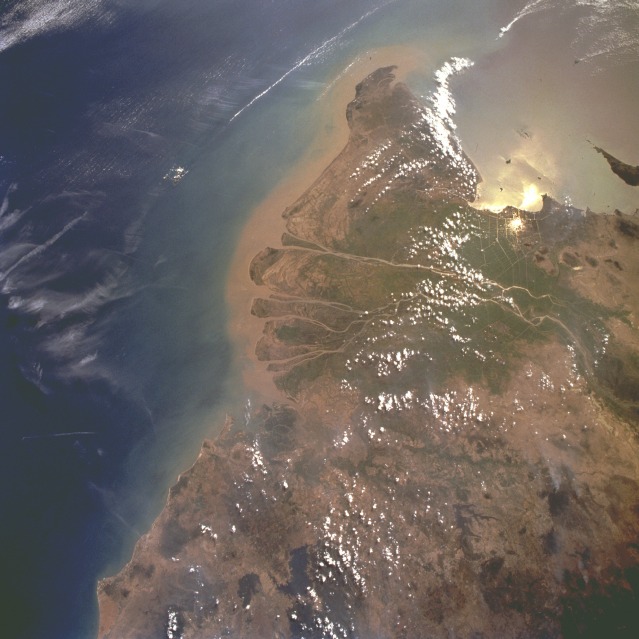 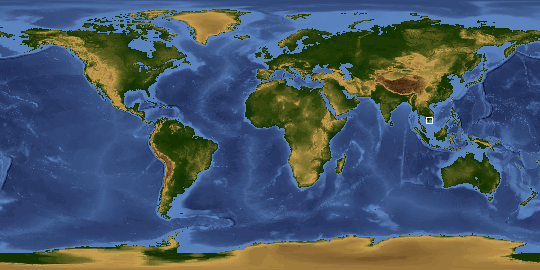 Other options available:
Download Packaged File
Download a Google Earth KML for this Image
View photo footprint information
Image Caption: STS075-721-047 Mekong River Delta, Vietnam February 1996
This southwest-looking, low-oblique photograph shows the lower Mekong River and its vast delta. Rising on the Plateau of Tibet, the Mekong flows generally southeast for 2600 miles (4160 kilometers) and empties into the South China Sea through a large delta. The Mekong River Delta covers 75 000 square miles (194 250 square kilometers), and, with its many channels still depositing sediment, the delta continues to grow. The vast swampy delta, crisscrossed by many channels and canals, is one of the greatest rice-growing regions of Asia. Even though rainfall is heavy during the summer months, winters are dry and require irrigation for most of the rice-growing area. The Mekong River Delta was the scene of heavy fighting during the Vietnam War. Barely discernible northwest of the delta is Ho Chi Minh City, formerly Saigon. Point Cau Mau, the southern tip of Vietnam, is visible southwest of the delta.