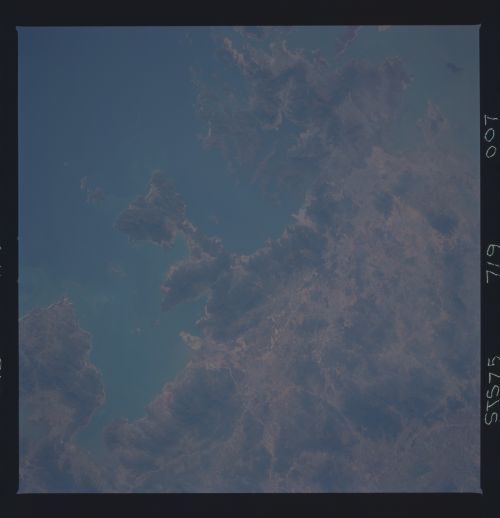 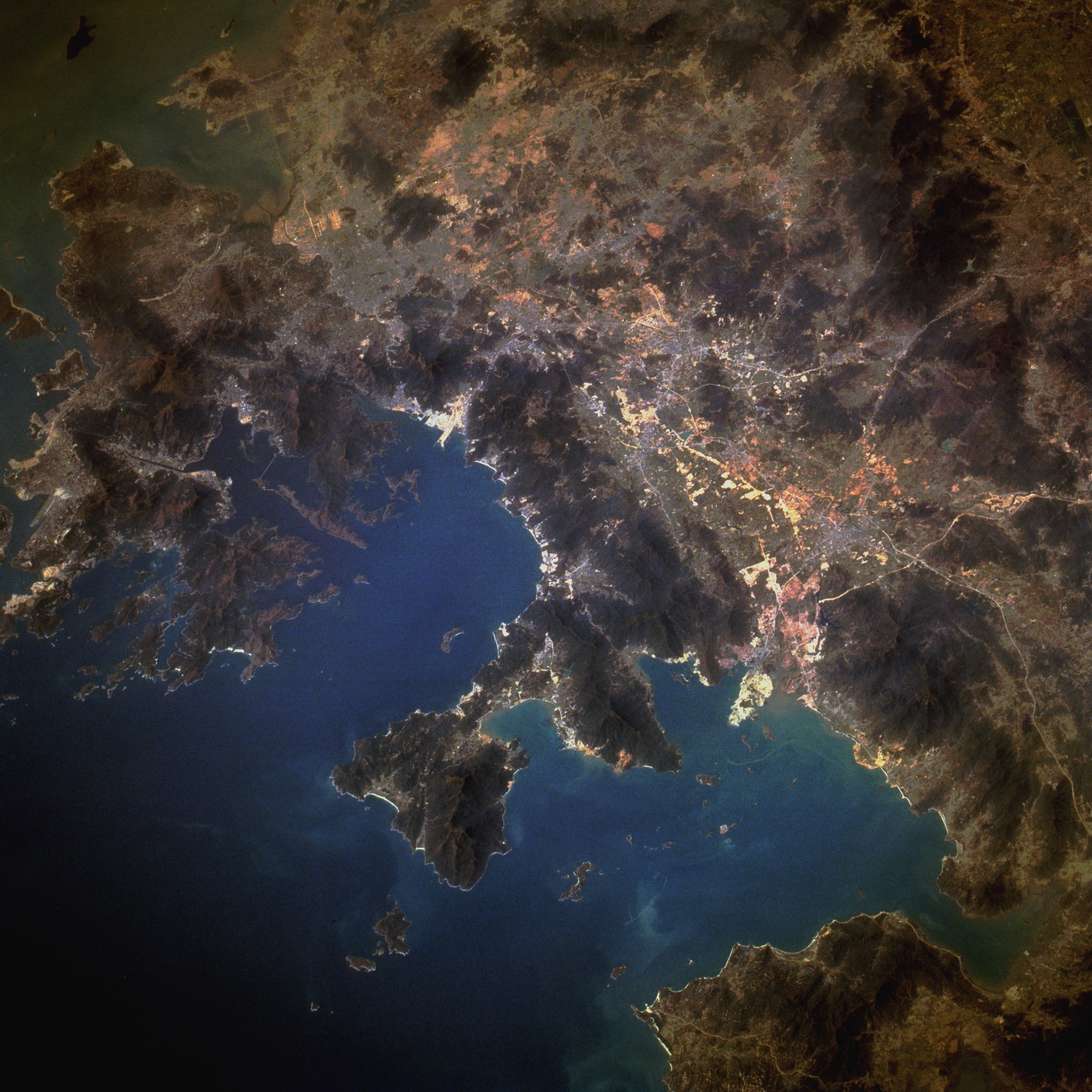 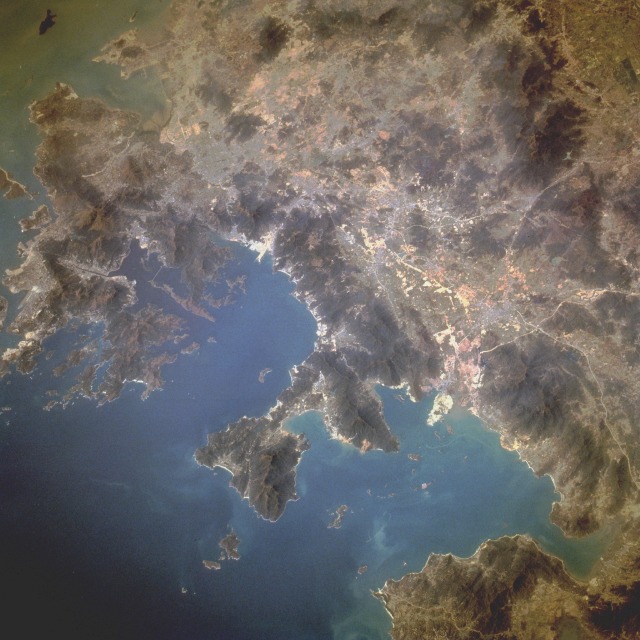 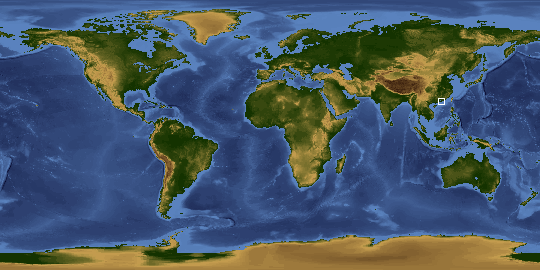 Other options available:
Download Packaged File
Download a Google Earth KML for this Image
View photo footprint information
Image Caption: STS075-719-007 Shenzhen, China February 1996
The indented, serrated coastline near Hong Kong--typical of the entire southeast coastline of China with its jagged peninsulas, countless bays, outstanding natural harbors, and thousands of coastal islands--is captured in this near-vertical photograph around Daya Bay (northernmost) and Mirs Bay. The darker areas are low mountains that range from 2000 to more than 3000 feet (610 to more than 915 meters) above sea level. The real story is the economic development that continues in the British Crown Colony of Hong Kong (part of which is shown along the southwest edge of the photograph)--specifically, Kowloon Peninsula and the New Territories. This economic development, and the imminent return of Hong Kong to Chinese control, has also stimulated growth in neighboring cities. Immediately north of the New Territories lies Shenzhen, China. In 1980, Shenzhen was a sleepy fishing and duck farming village of 20 000; in 1994, the population had surpassed 2.5 million--perhaps making this the fastest growing urban center on Earth. The thin, lighter lines are roads or railroads that are being constructed to connect developing Shenzhen with other parts of southeast China. This photograph shows that other urban areas near Shenzhen are also beginning to share in the economic prosperity that has resulted from China's new "open-door" policy to attract overseas technology and investment.