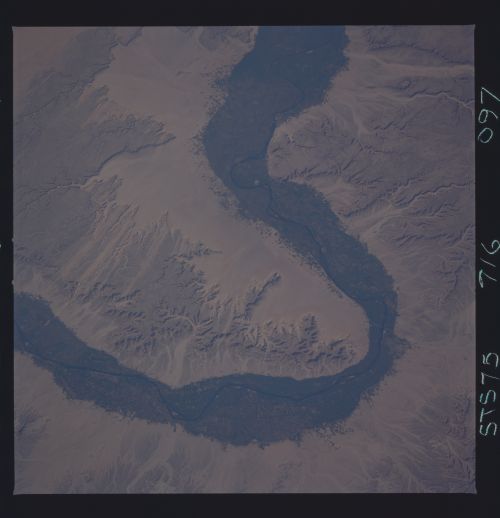 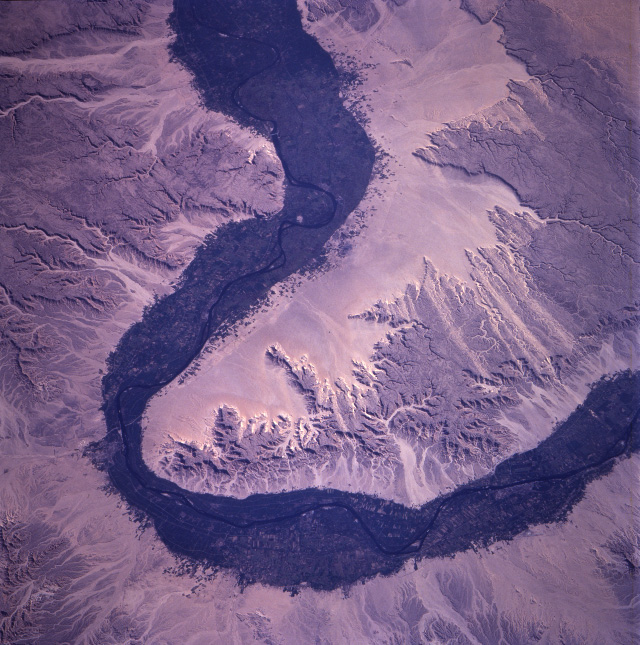 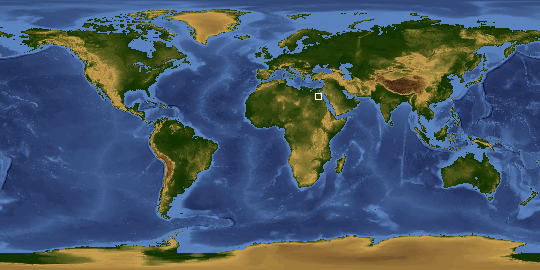 Other options available:
Download Packaged File
Download a Google Earth KML for this Image
View photo footprint information
Image Caption: The apparent encroachment of green patches of irrigated agriculture
out of the Nile River floodplain and onto the desert floor is seen in
this photograph. The stark contrast between the irrigated valley and
the surrounding environment, as well as the network of canals running
parallel to the river, hints at the importance of the Nile's water to
the people of Egypt, and the expansion of irrigation tells of the need to provide food to a growing population. The large city on the eastern edge of the river valley -- at the apex of the large bend in the river -- is Qena. Near the southern edge of this 120-mile stretch of river is Luxor, which is the southern half of the ruins of the ancient Egyptian city of Thebes.