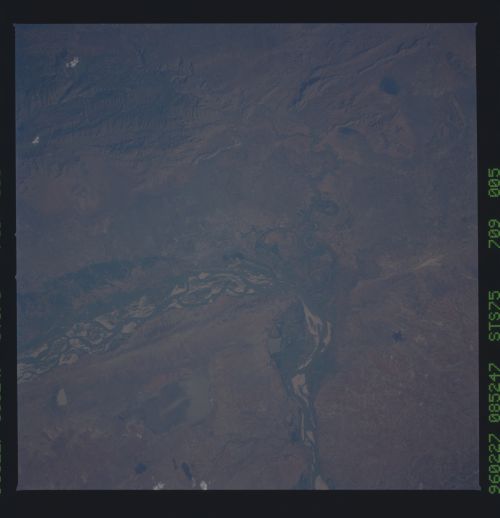 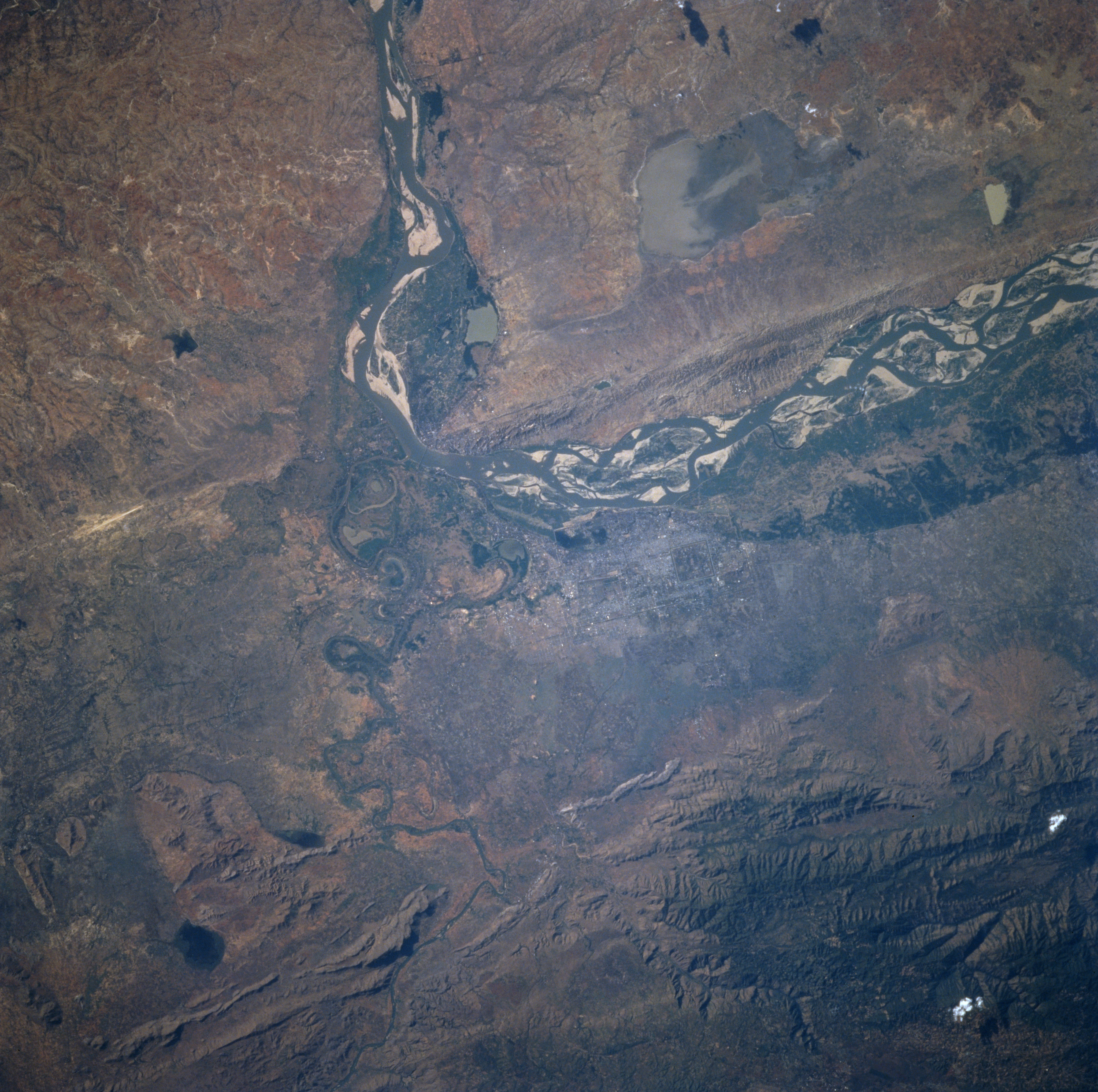 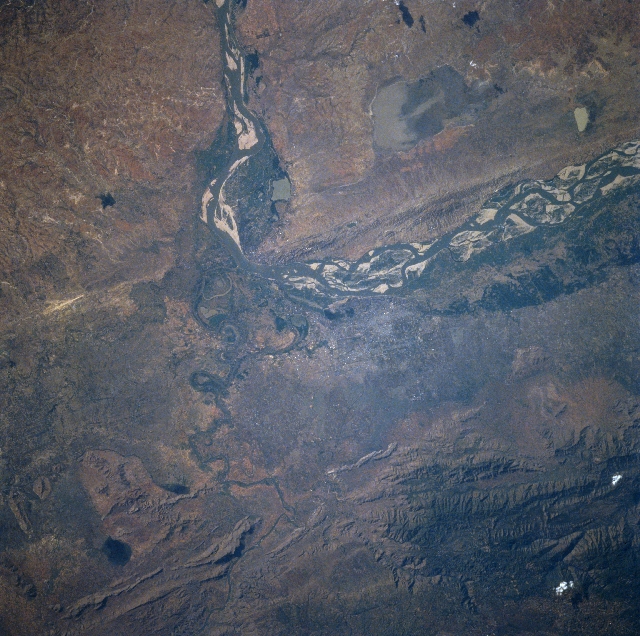 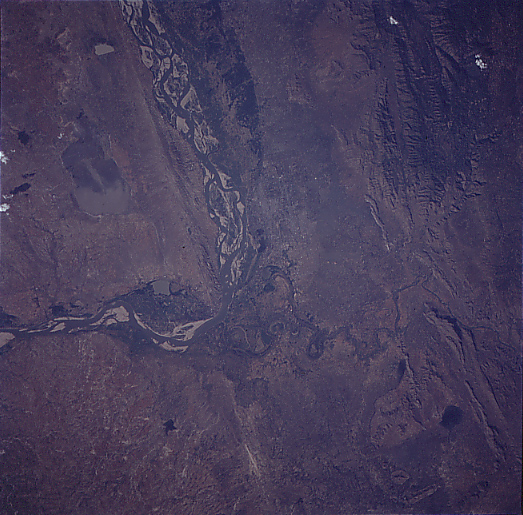 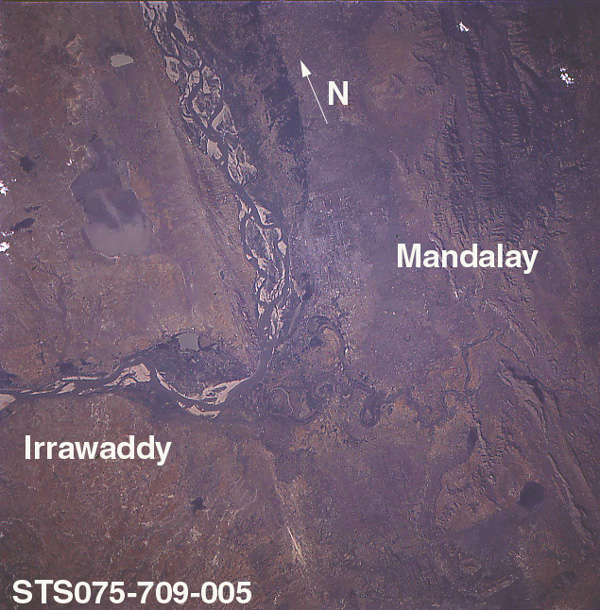 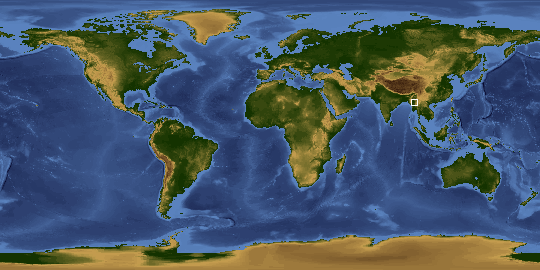 Other options available:
Download Packaged File
Download a Google Earth KML for this Image
View photo footprint information
Image Caption: STS075-709-005 Manadalay, Irrawaddy River, Myanmar (Burma) March 1996
The Irrawaddy River, with numerous sandbars and an extremely wide floodplain can be seen in this near-nadir view. The Irrawaddy River is formed by the confluence of the Nmai and Maui Rivers in northern Burma. The river flows generally southward 1300 miles (2100 km) before branching into several mouths that forms an extensive delta that empties into the Andaman Sea. The Irrawaddy provides the main means of communication between cities in the north, like Mandalay, and cities in the south, like Rangoon. Mandalay, a commercial center, a port city, and a railroad terminus is located along the east bank of the river where the river makes a dramatic course change. The only bridge crossing the Irrawaddy connects the city of Mandalay on the east bank of the river with the small city of Sangang on the northwest bank of the river. Mandalay is the center for Burmese Buddhism and is noted for its Arakan Pagoda or temple. The city has a population in excess of 425000. Heavily vegetated green hillsides contrast with the mostly white buildings and pagodas within the city.