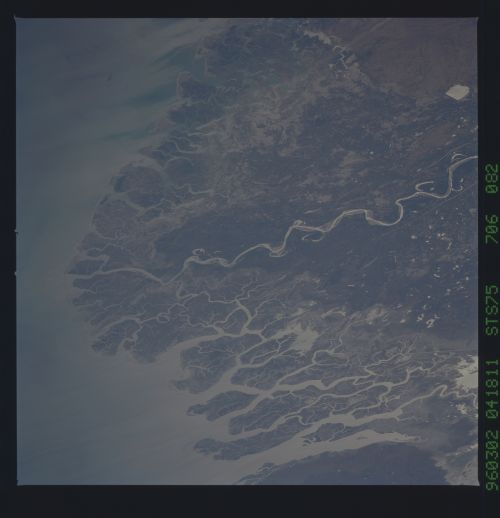 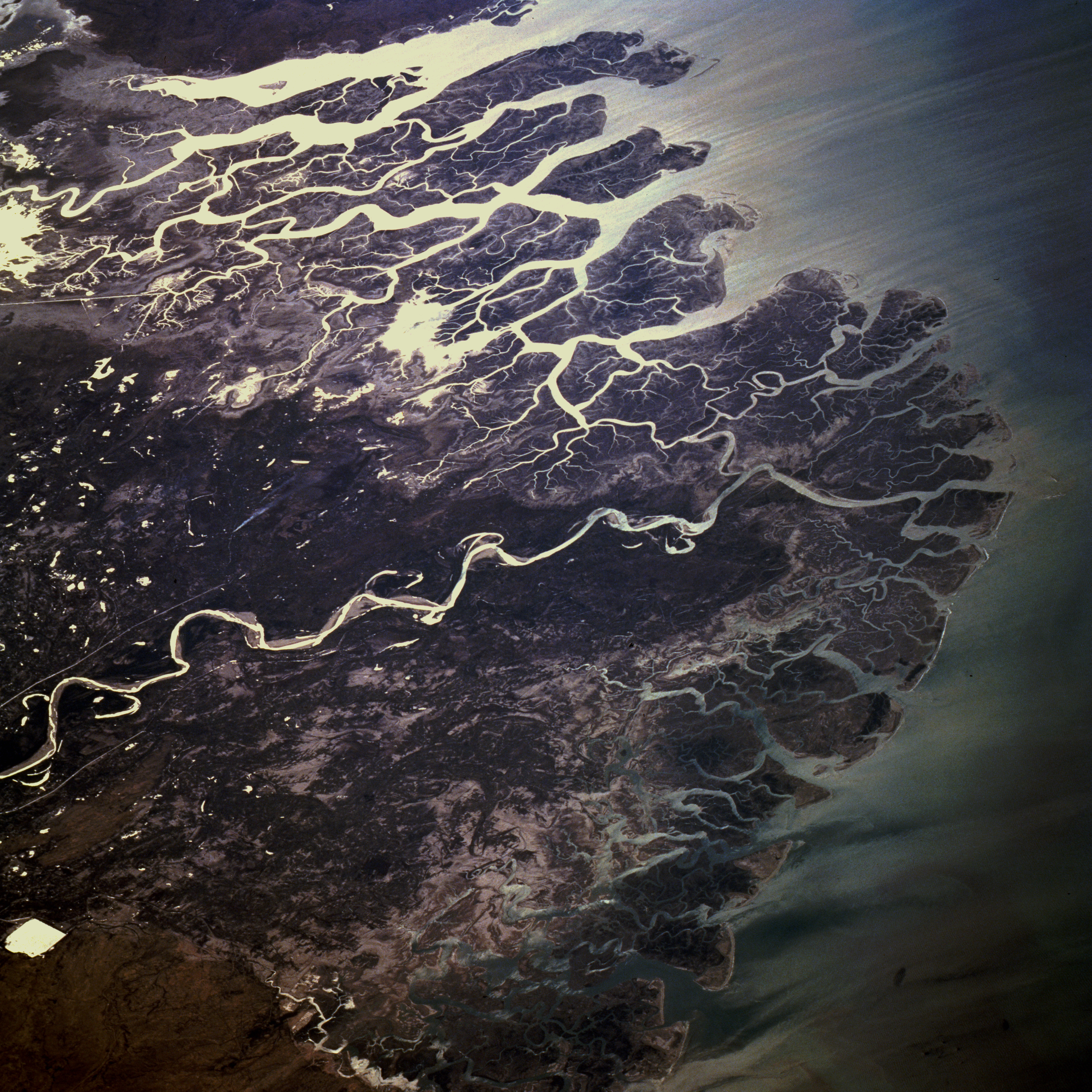 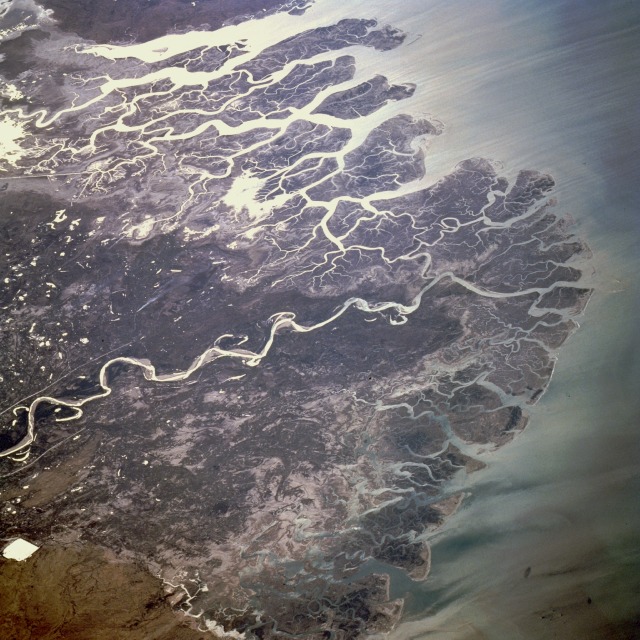 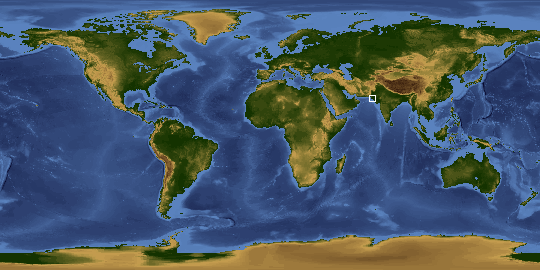 Other options available:
Download Packaged File
Download a Google Earth KML for this Image
View photo footprint information
Image Caption: STS075-706-082 Indus River Delta, Pakistan February 1996
The delta of the Indus River, the longest river in southwest Asia, is the highlight of this south-southeast-looking, low-oblique photograph. Fed by snowmelt and glacial meltwater from the mountains of the Tibet Plateau, the Indus River flows 1900 miles (3055 kilometers) before emptying into the Arabian Sea. After leaving the Tibet Plateau, the river flows onto the Punjab Plains of western Pakistan and through a vast alluvial lowland where it receives its major tributary, the Panjnad (five streams), which carries the united waters of the Jhelum, Chenab, Ravi, Beas, and Sutlej. In this severely arid landscape, the rivers form precarious strips of fertile land. At the mouth of the Indus, east of Karachi (not visible in the photograph), the large, swampy Indus River Delta is formed, which, unlike deltas of many other rivers, is composed of clay and infertile soils. The largest flow of the Indus occurs between June and late September, the summer monsoon season. The waters are used primarily for irrigation of agricultural crops; dams have been built to provide flood control and hydroelectricity.