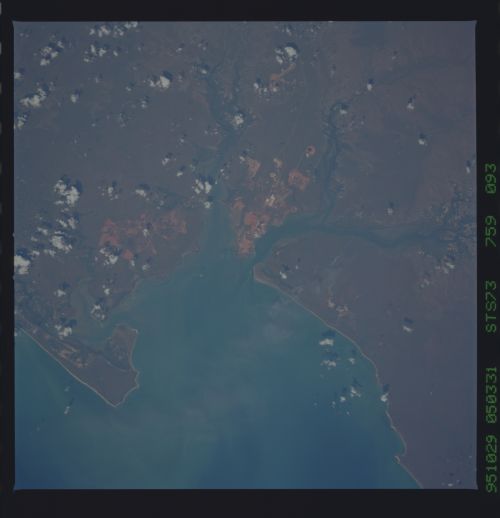 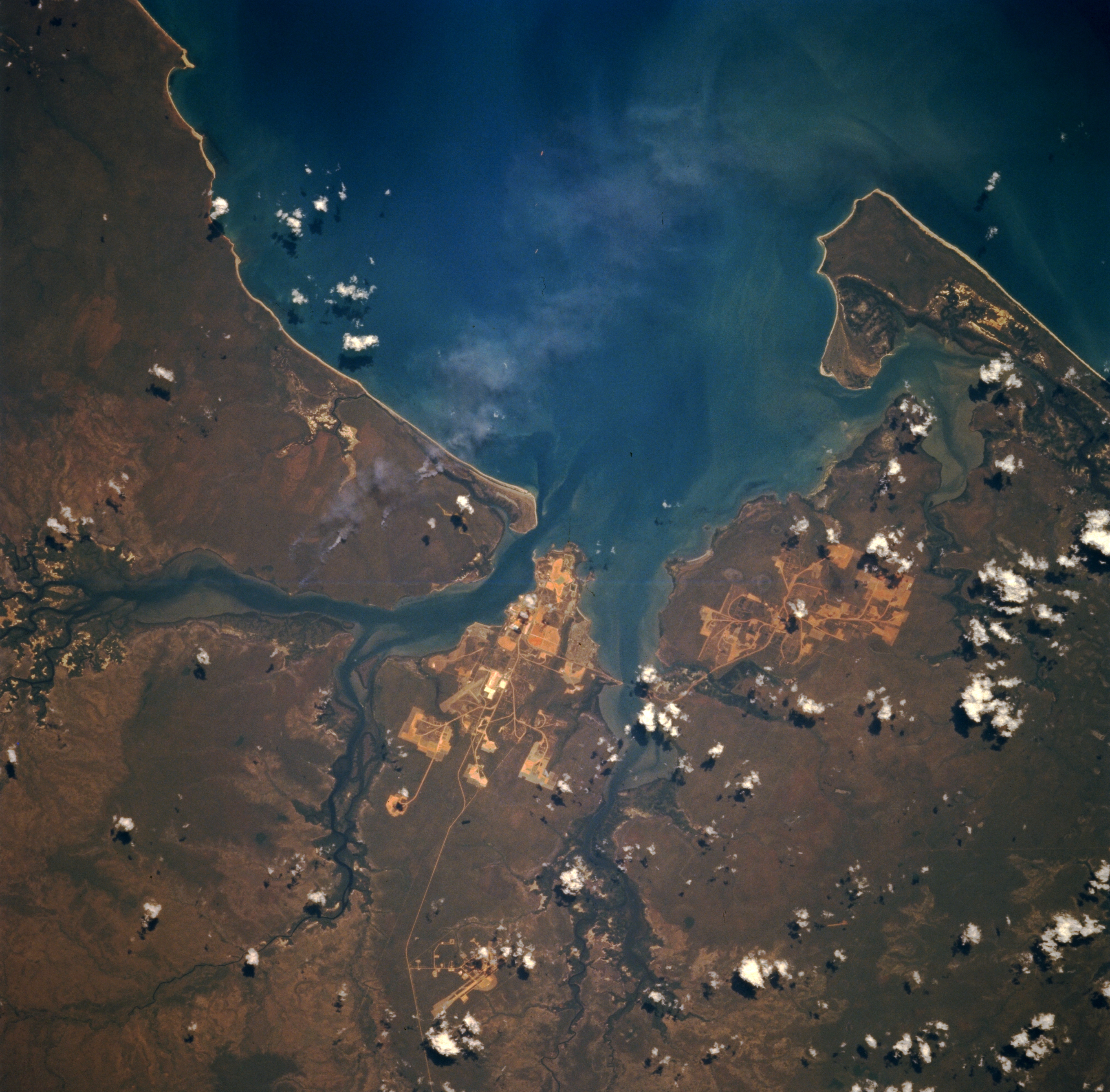 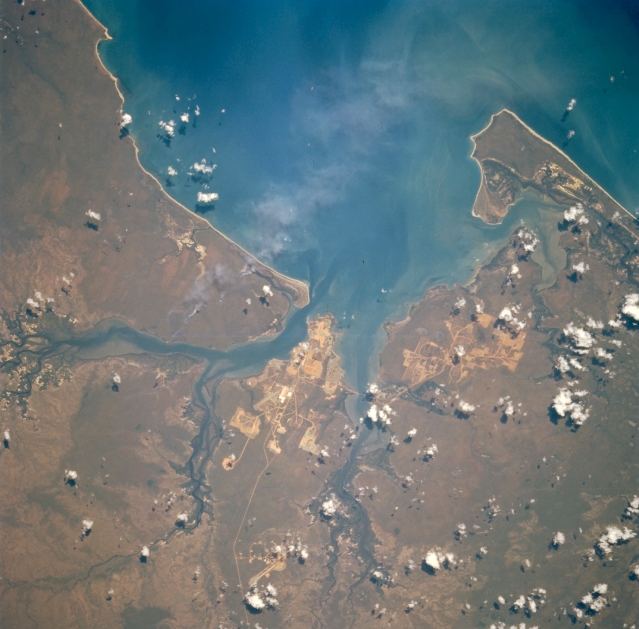 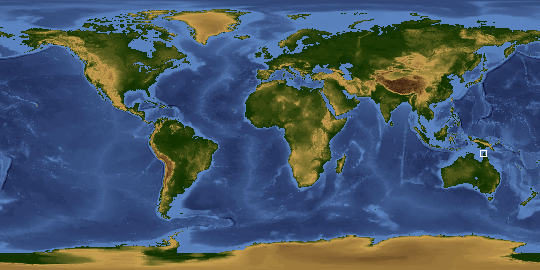 Other options available:
Download Packaged File
Download a Google Earth KML for this Image
View photo footprint information
Image Caption: STS073-759-093 Weipa Area, Queensland, Australia October 1995
Located on the eastern side of the Gulf of Carpentaria and on the west coast of the Cape York Peninsula, Weipa is situated along the northern coast of a peninsula that is bordered by the Mission River (north) and Embley River (south), which rise in the Great Dividing Range. The light colored areas show the locations of the large bauxite mining operation that exploits one of the richest bauxite deposits in the world. The runway (linear, light-colored feature near the southern edge of the peninsula where the mining scars are prominent) of Weipa Airport is visible. Several smoke plumes, probably from range burning, are also visible (left of center).