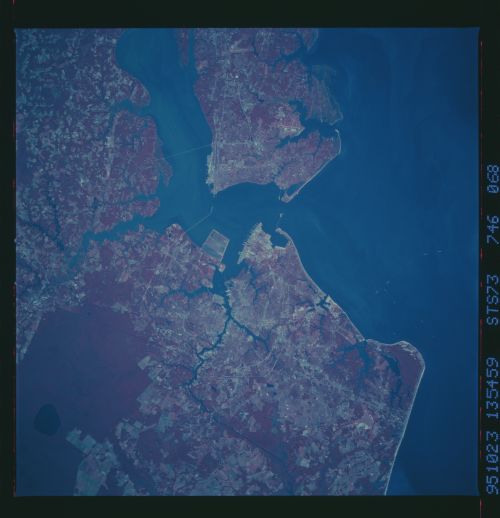 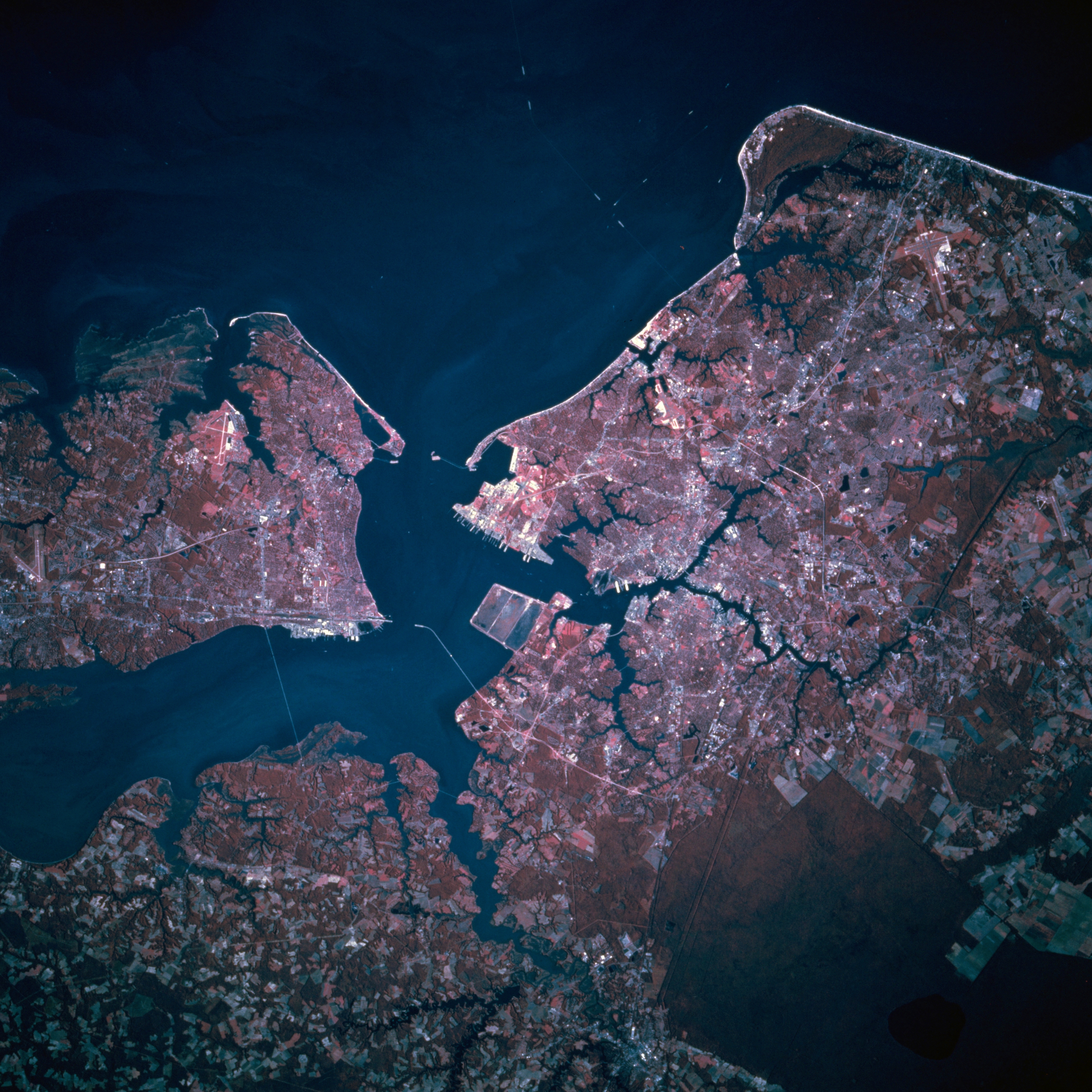 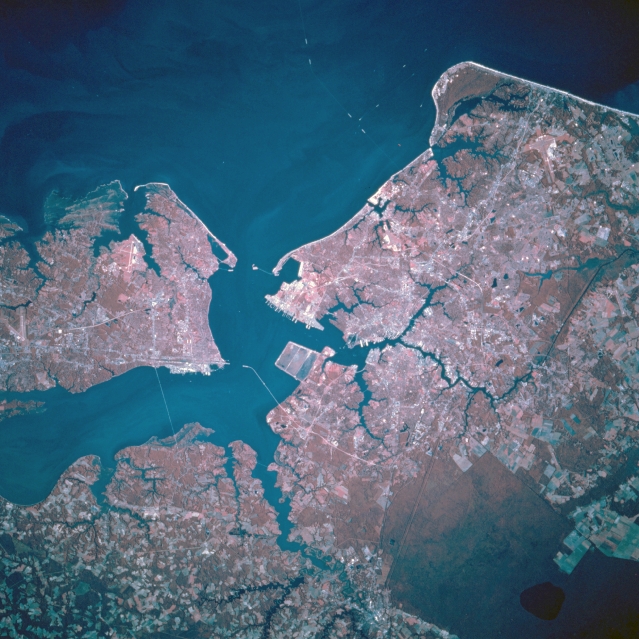 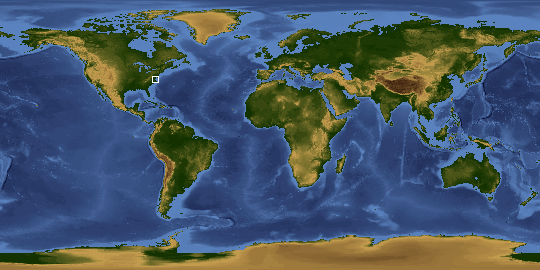 Other options available:
Download Packaged File
Download a Google Earth KML for this Image
View photo footprint information
Image Caption: STS073-746-068 Hampton Roads, Norfolk, Virginia, U.S.A. October 1995
The Metropolitan Areas of Norfolk and Hampton Roads, can be seen in this near-nadir color-infrared view. The color infrared imagery shows more clearly the forested (darker red color) and vegetation (lighter red color) areas of the region. The port of Hampton Roads, one of the finest natural harbors in the world, is the sixth largest in the United States and the 28th largest in the world. The port is ranked 16th in the nation in export volume with nearly 35% of the exports consisting of tobacco and coal. Norfolk is the location of the Headquarters for the U.S. Naval Forces Atlantic Command, one of the largest military installations in the world. The cities of Norfolk, Portsmouth, Newport News, and Hampton industries include shipbuilding, meat and seafood processing, automobile assembling, and numerous support industries for the many military installations in the region. A small portion of Chesapeake Bay covers the right portion of the image. Cape Charles is visible midway between the lower center and right center of the image. Just to the south of Cape Charles, the resort city of Virginia Beach is discernible. The forested wetland area seen in the lower left of the image is the Great Dismal Swamp. Covering 107000 acres (43335 hectares), the Great Dismal Swamp Refuge is made up mostly of a cypress/gum swamp forest. The James River is visible entering the scene from midway between the upper left and upper center of the image.