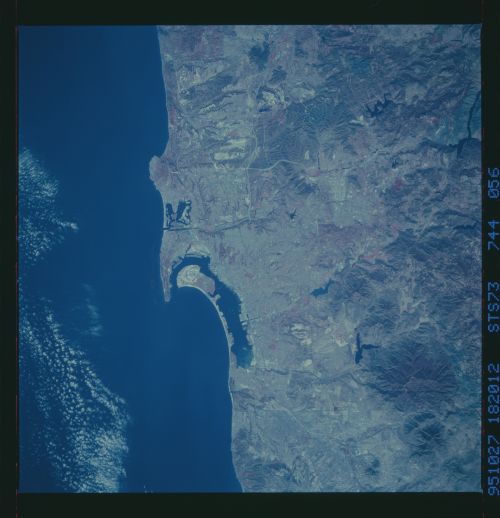 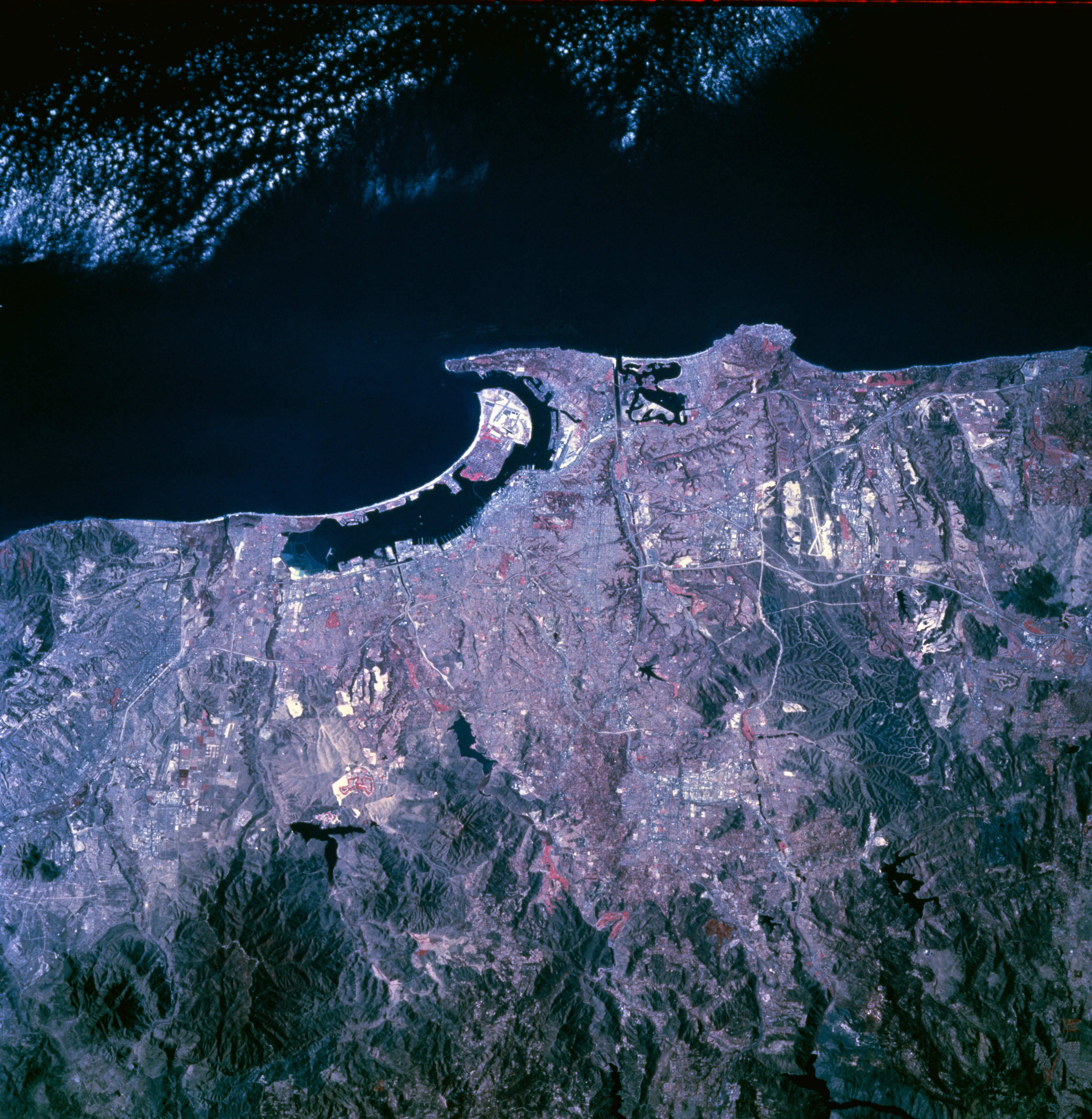 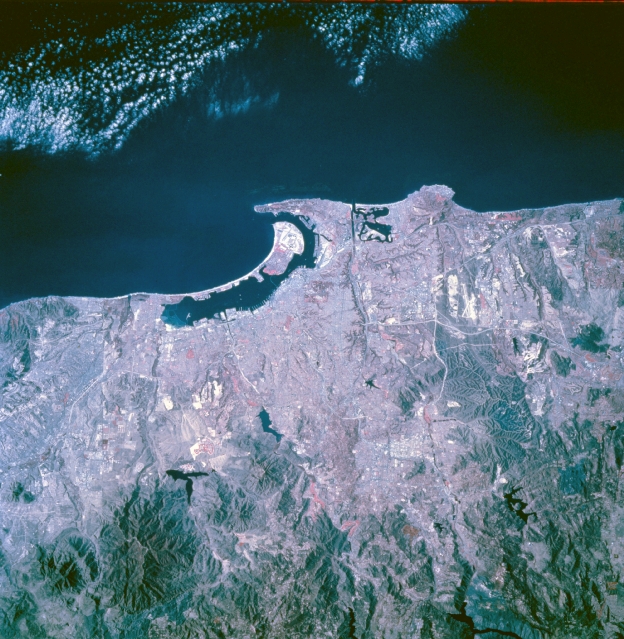 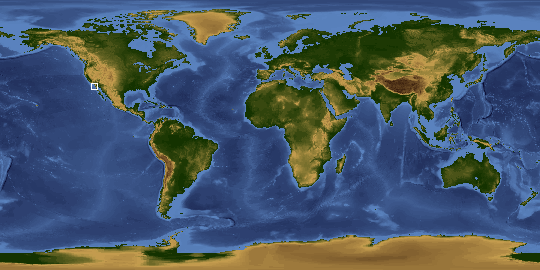 Other options available:
Download Packaged File
Download a Google Earth KML for this Image
View photo footprint information
Image Caption: STS073-744-056 San Diego, California, U.S.A. October 1995
Easily discernible are the dramatic contrasts of the land-water boundaries of the Pacific Ocean and the west coast of southern California and the black reservoirs located in the foothills of the low coastal mountains east of San Diego. The northern extension of the curved peninsula that separates San Diego Bay from the Pacific Ocean is North Island. Apparent are aircraft runways of the naval air station on the northern end of the peninsula and the main runway of Lindbergh International Airport north of San Diego Bay. Mission Bay lies farther north along the coast. Some of the larger docks and wharves are visible around the periphery of San Diego Bay. Several open areas, such as golf courses and parks, are easily identified through the use of color infrared film, which maps green vegetation in various shades of red.