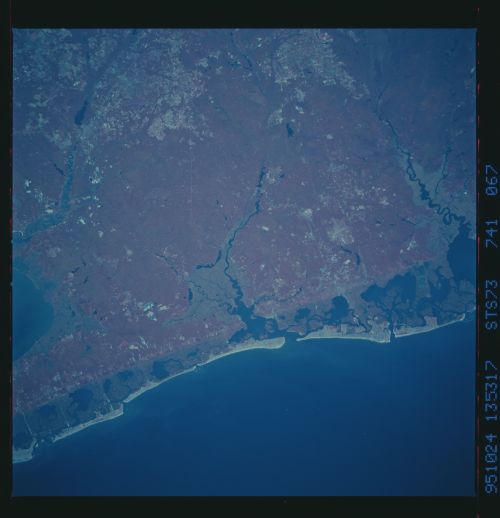 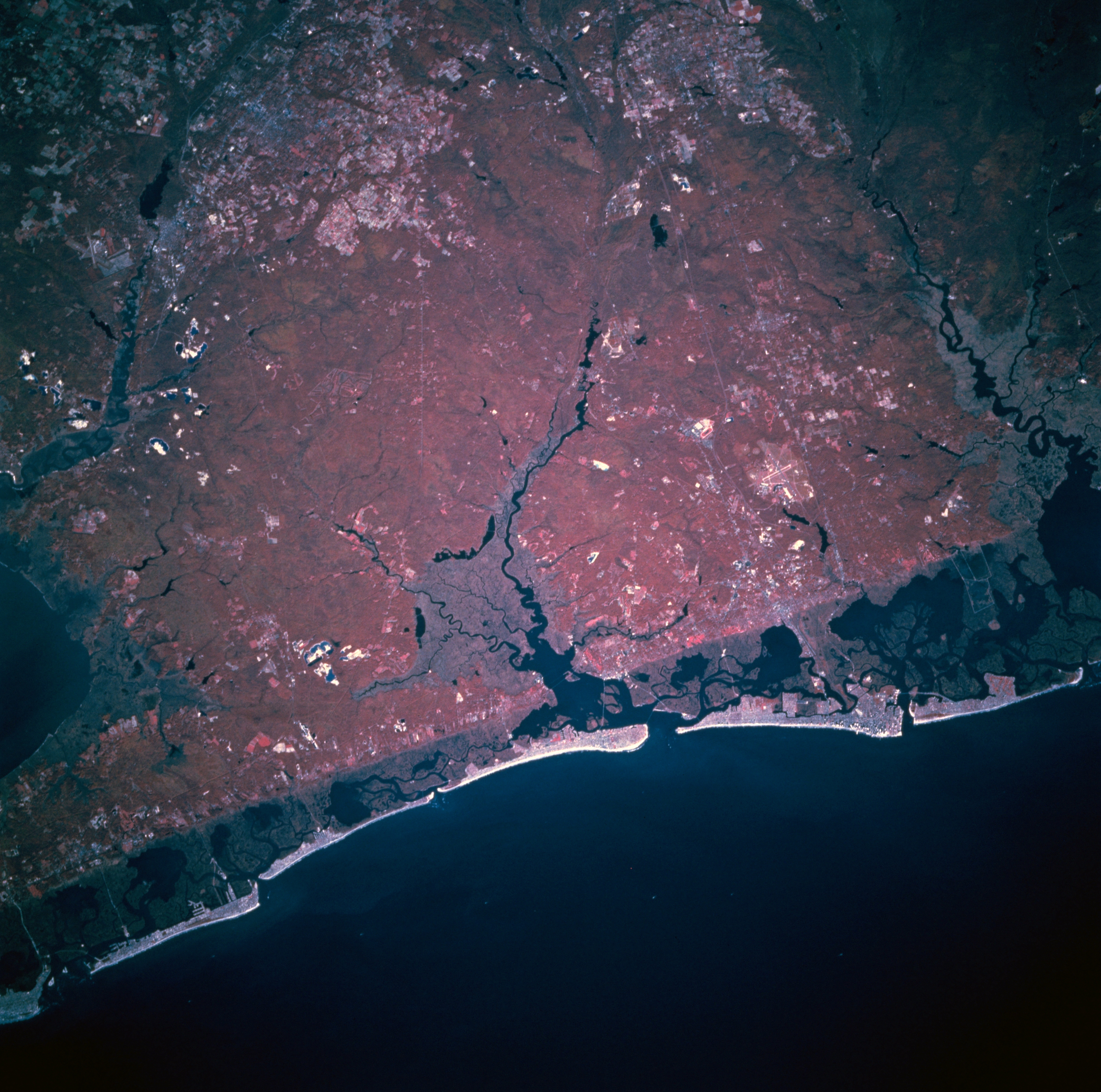 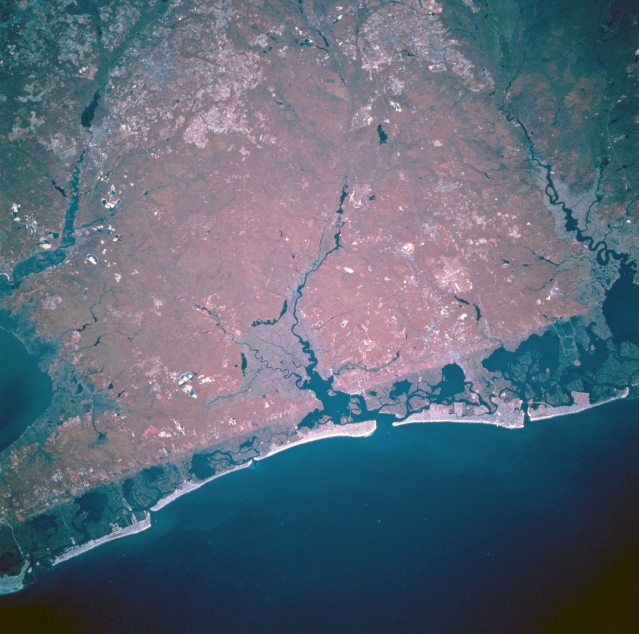 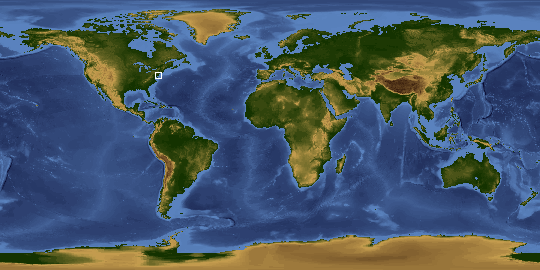 Other options available:
Download Packaged File
Download a Google Earth KML for this Image
View photo footprint information
Image Caption: STS073-741-067 Atlantic City Area, New Jersey, U.S.A. October 1995
This is a color infrared image of the Atlantic City area in coastal, southeast New Jersey. The bright red area that dominates the scene is a sizable region of elevated forested land. This densely wooded area is interrupted by three major drainage features in this scene: the Maurice River that flows southward into Delaware Bay (left), the Great Egg Harbor River (darker drainage in the middle of the picture), and the Mullica River (dark, winding feature along the right edge of the image). The sharp linear boundary that extends northeast-southwest across the scene along the coast is a physiographic boundary between the coastal barrier beach-lagoon landscape and the forested uplands. The darker red region just inland from the brighter sandy beach is the marsh vegetation in the coastal lagoons. The sandy beaches of southeast New Jersey have been a major tourist attraction for almost 100 years. The general location of Atlantic City can be identified near the right middle edge of the image where a broad section of the beach extends into the Atlantic Ocean.