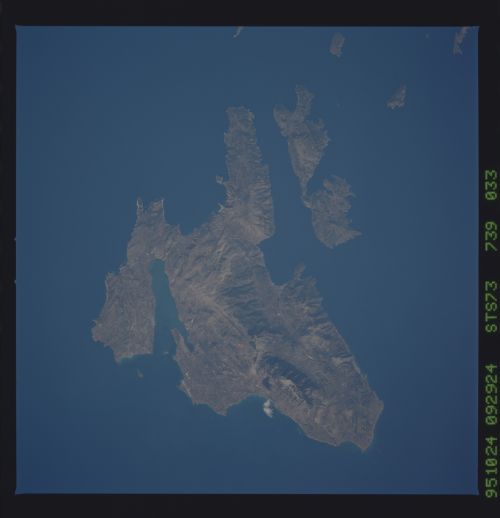 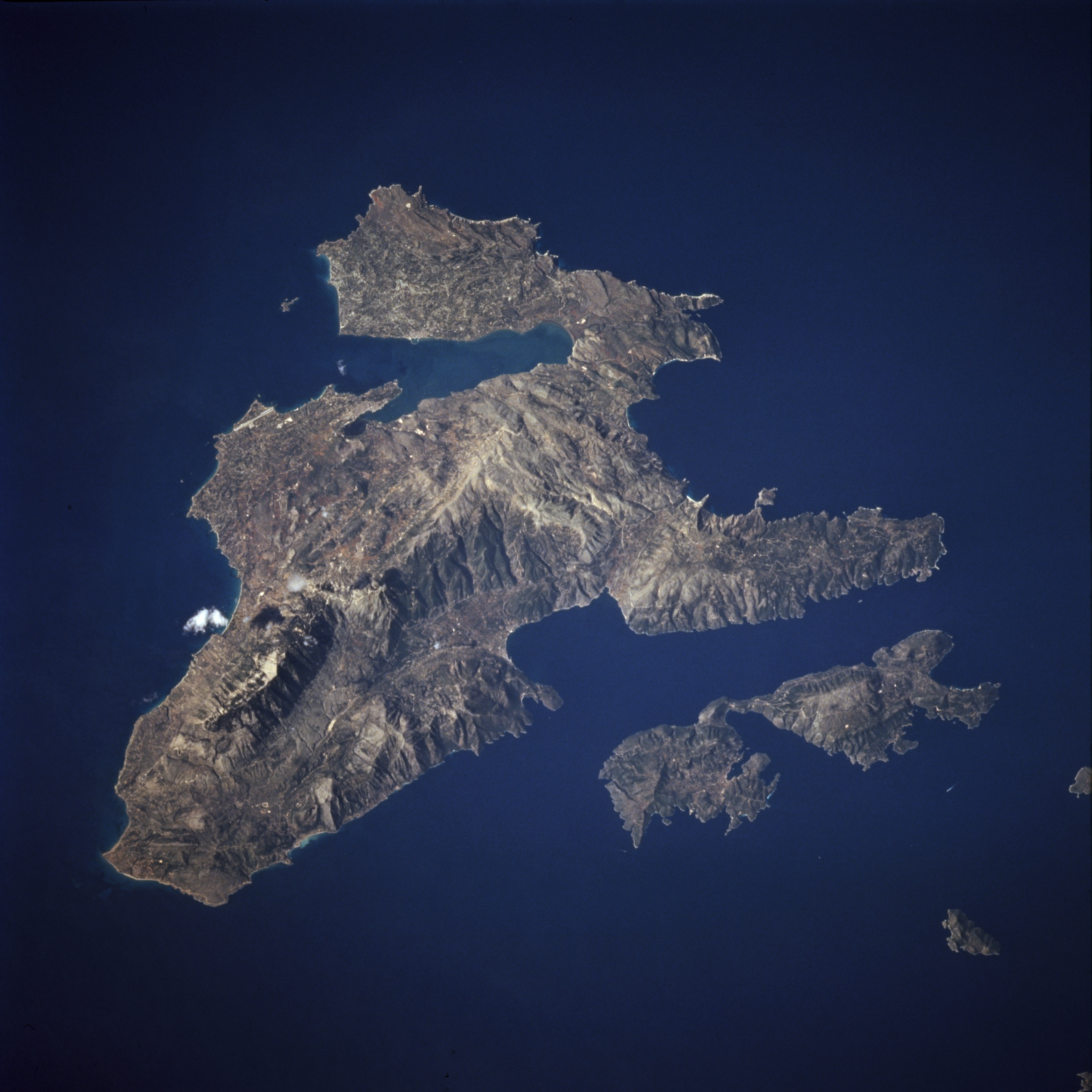 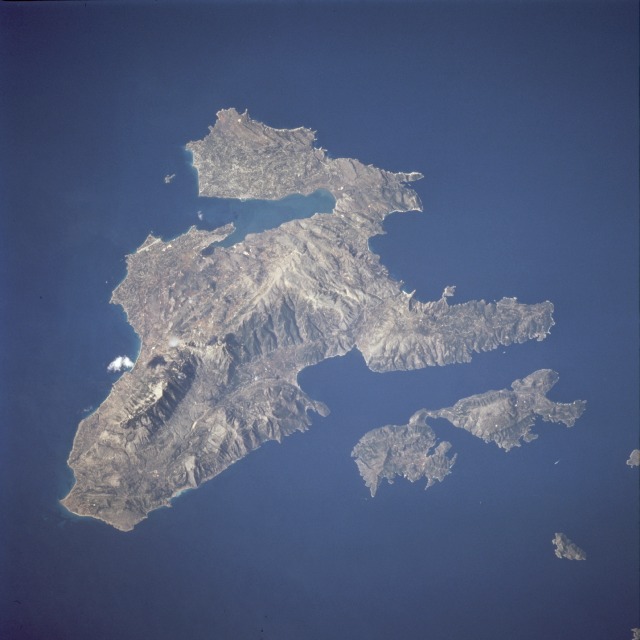 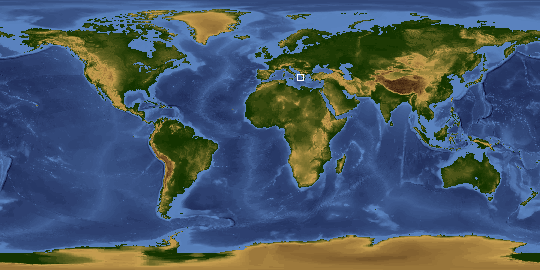 Other options available:
Download Packaged File
Download a Google Earth KML for this Image
View photo footprint information
Download a GeoTIFF for this photo
Image Caption: STS073-739-033 Cephalonia (Kefallinia) Island, Ionian Islands October 1995
Devastated in 1953 by severe earthquakes, Cephalonia (Kefallinia), the largest [290 square miles (750 square kilometers)] and most mountainous of Greece's Ionian Islands, can be seen in this west-looking, low-oblique photograph. Located in the Ionian Sea off the western coast of Greece, the island has an irregular coastline and is largely mountainous, rising to 5340 feet (1630 meters) at Mount Ainos, which in ancient times was a temple of Zeus. In addition to the important occupations of sheep raising and fishing, Cephalonia, with its temperate climate and heavy rainfall, is also known for its wines, olives, and olive oil. The island, now almost depleted of its forests, was once famous for its pine forests. The island's most important city is Argostólion. The small Ionian island of Ithaca lies east of Cephalonia.