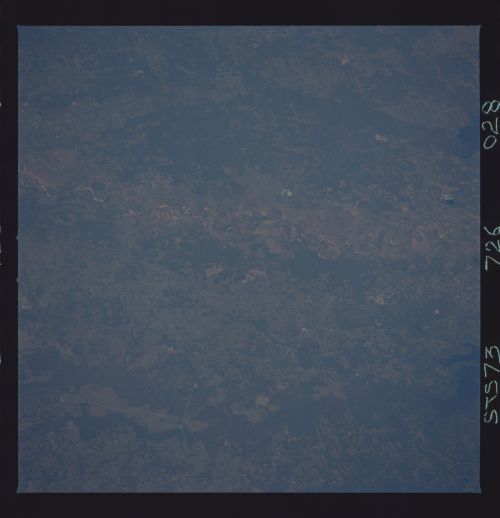 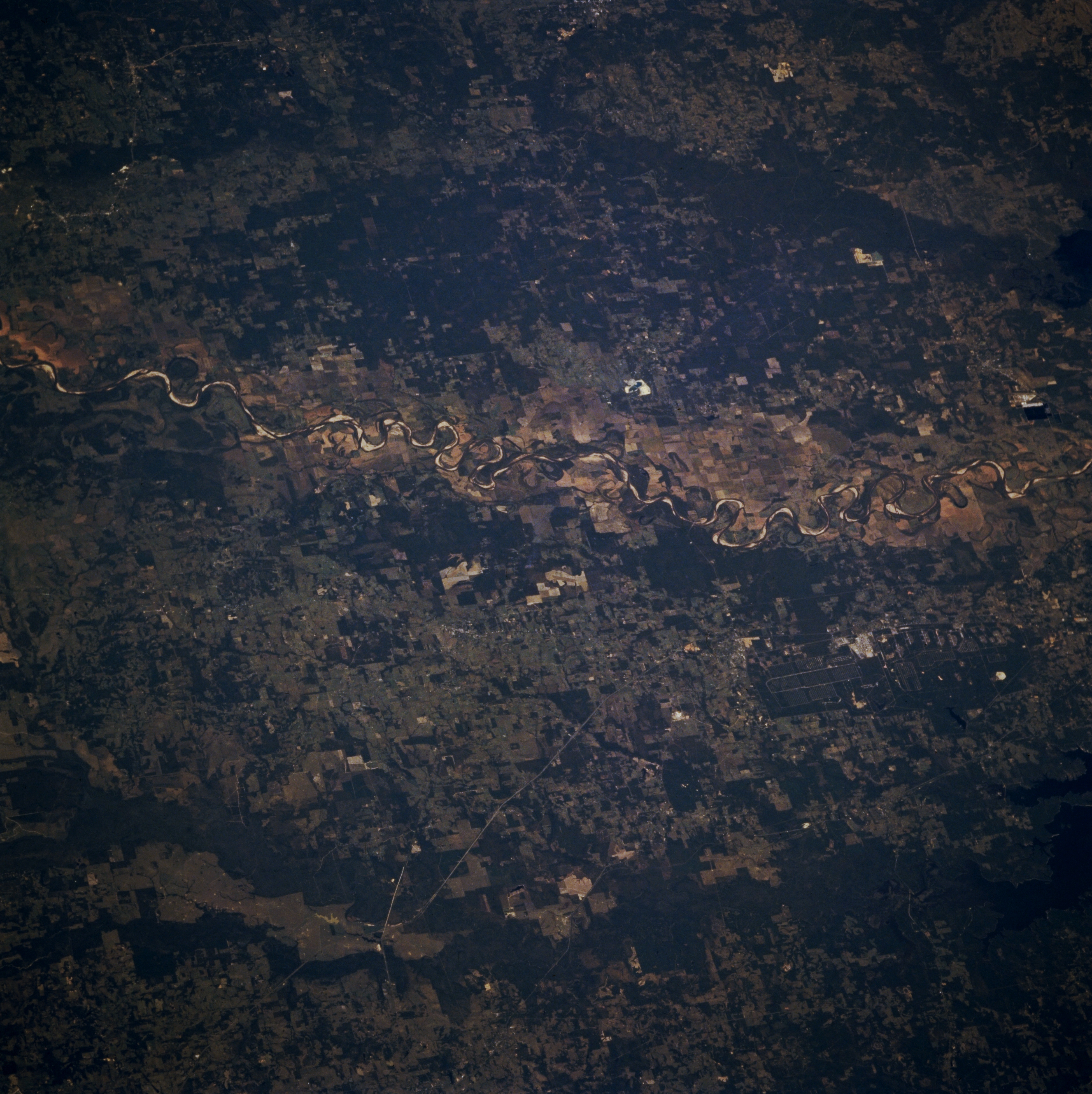 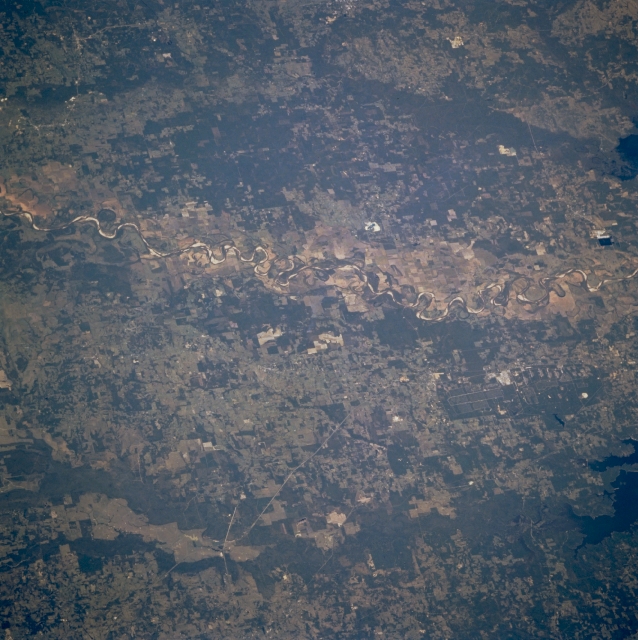 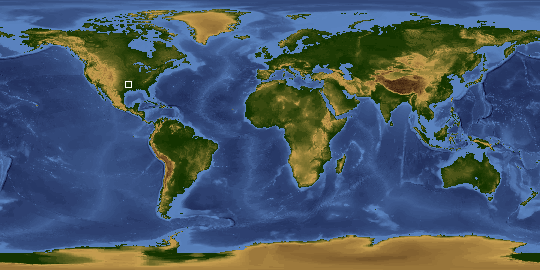 Other options available:
Download Packaged File
Download a Google Earth KML for this Image
View photo footprint information
Image Caption: STS073-726-028 Red River, Arkansas and Texas, U.S.A. October 1995
Featured in this north-looking, low-oblique photograph is the Red River Valley. North of the Red River is southwest Arkansas, and south of the river is Texas. The river's name is derived from its sediment, which is primarily eroded particles from sandstone in the red Permian Basin of northwest Texas. The portion of the Red River in this photograph lies between Idabel, Oklahoma, (not discernible) to the west and Texarkana, Texas, (not discernible) to the east.