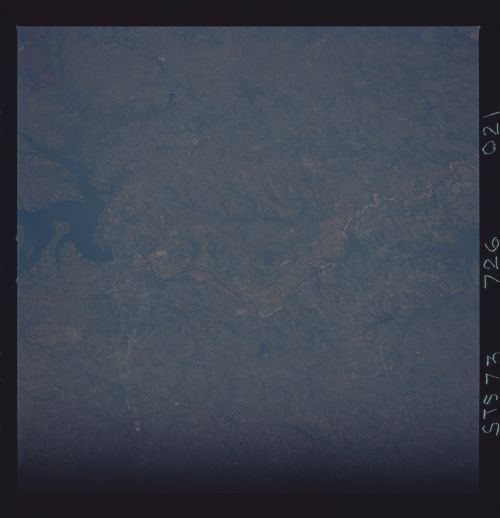 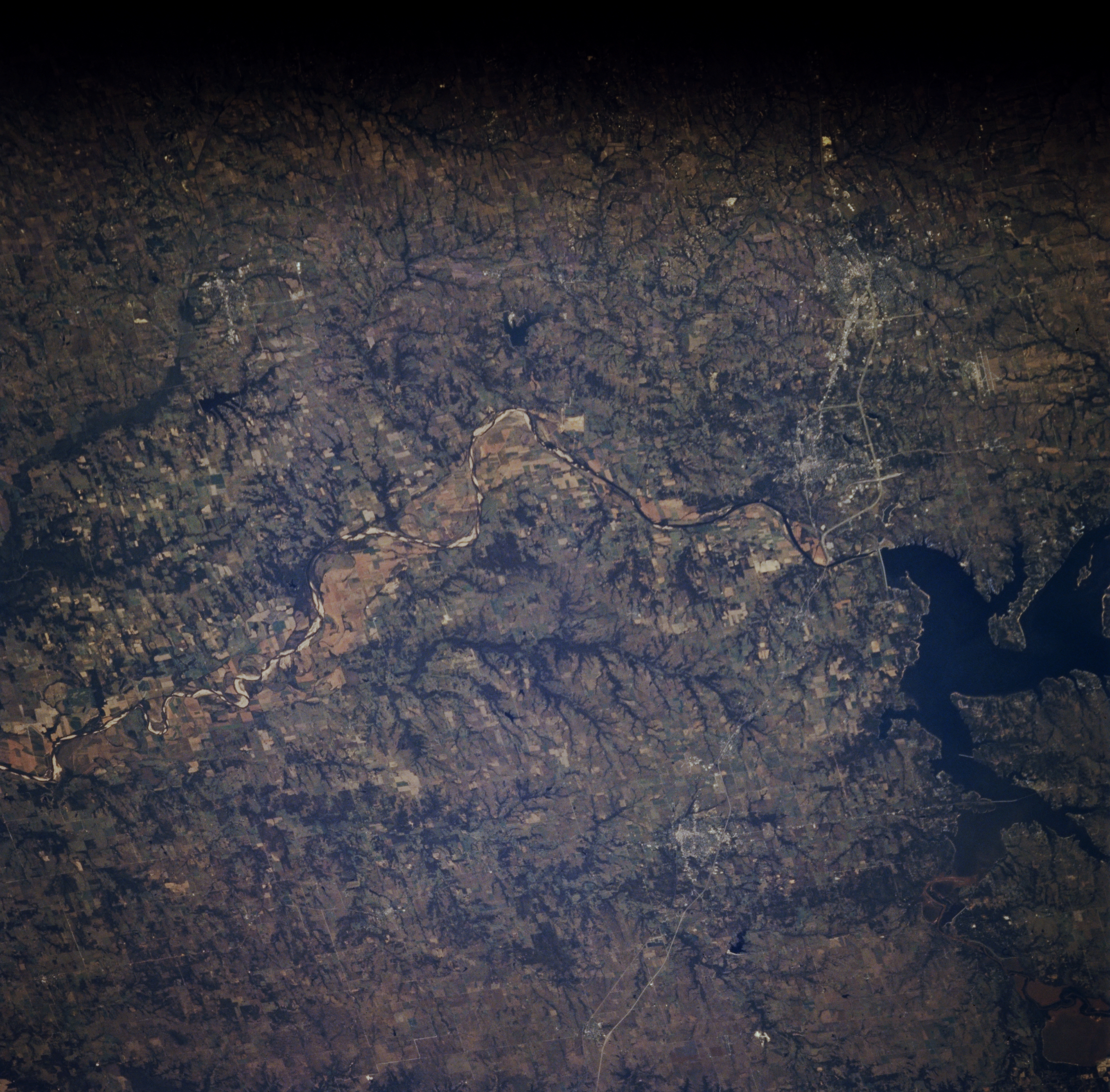 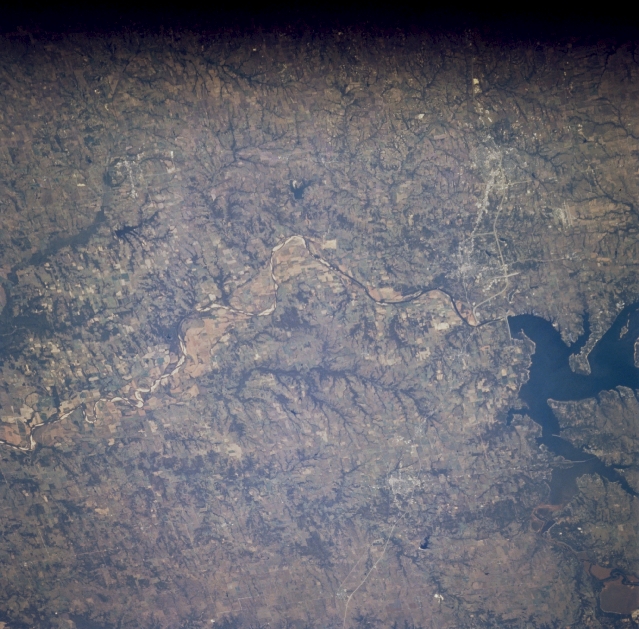 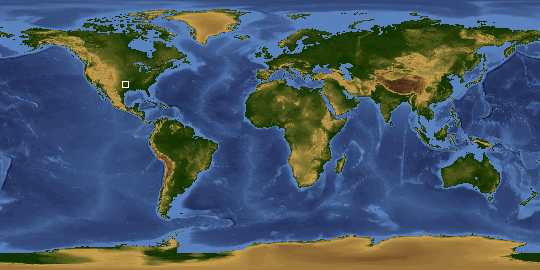 Other options available:
Download Packaged File
Download a Google Earth KML for this Image
View photo footprint information
Image Caption: STS073-726-021 Lake Texoma, Texas October 1995
Denison Dam has created Lake Texoma (part of the lake is visible as the dark feature along the right edge of the image) on the Red River. This south view of the Red River shows part of the boundary between Texas and Oklahoma. A broad floodplain of the Red River is observed east of Lake Texoma and highly reflective linear features within the main channel of the river are sandbars. U.S. Highways 75 (west) and 68 (east) are visible as they split into two separate roadways north of Sherman. These highways can then be seen merging before they cross the Red River. The faint outline of the city of Durant, OK can be viewed east of Lake Texoma. Much of the terrain on both sides of the border is flat to gently rolling prairies and is used as farmlands, either crops or cattle. The dark strip along the top of the picture is either a film processing problem or a window frame obstruction.