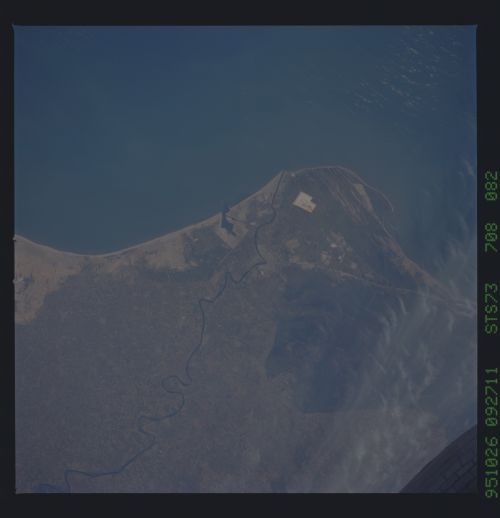 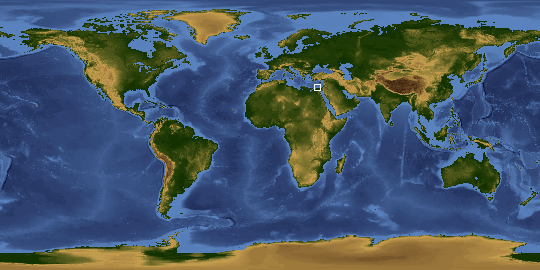 Other options available:
Download Packaged File
Download a Google Earth KML for this Image
View photo footprint information
Image Caption: The Damietta exit of the Nile river is the smaller of
the two main branches that form the Nile delta. The Nile is the
longest river in the world at 4160 miles. The delta has been under
intense agriculture since pre-historic times. The High Aswan dam which
was completed in 1970, has reduced the sediment flow into the delta
causing subsidence and reduced nutrient transport. The photography
shows very little sediment entering the Mediterranean Sea. The main
flood season is in the Spring. Egypt has put programs into place to
improve the agriculture in the delta and has tried to expand the
productive lands into the desert. Lake Manzala is on the Eastern side
of the river. An Egyptian military base is located to the West of the
Mouth. The city of Damietta is located South of the river mouth