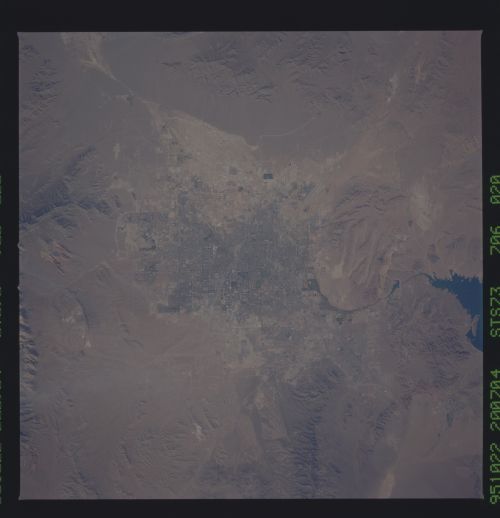 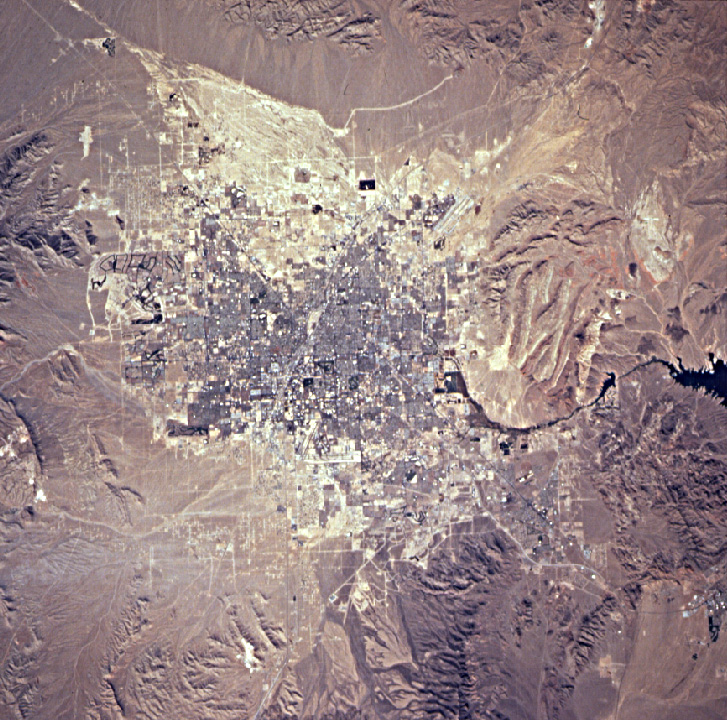 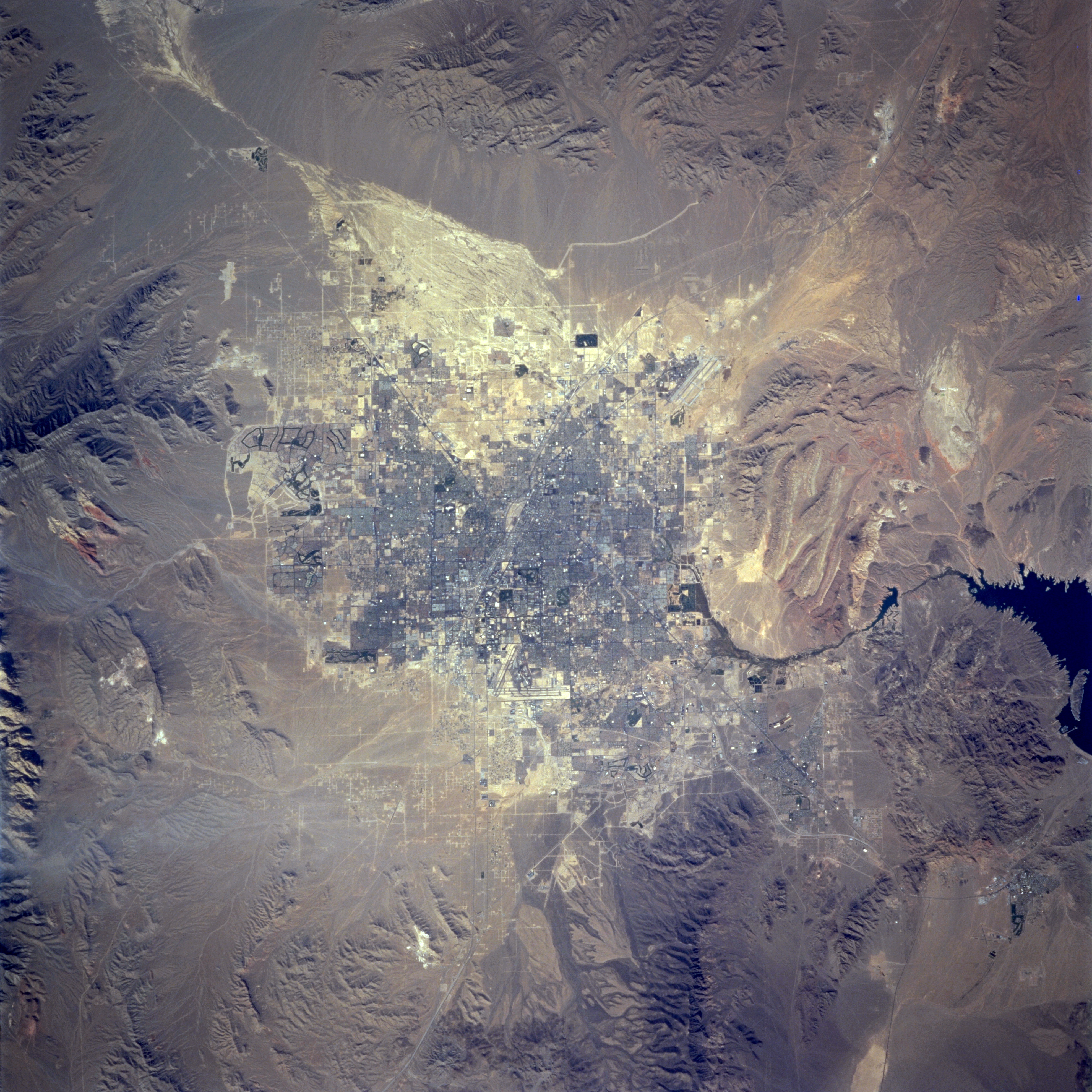 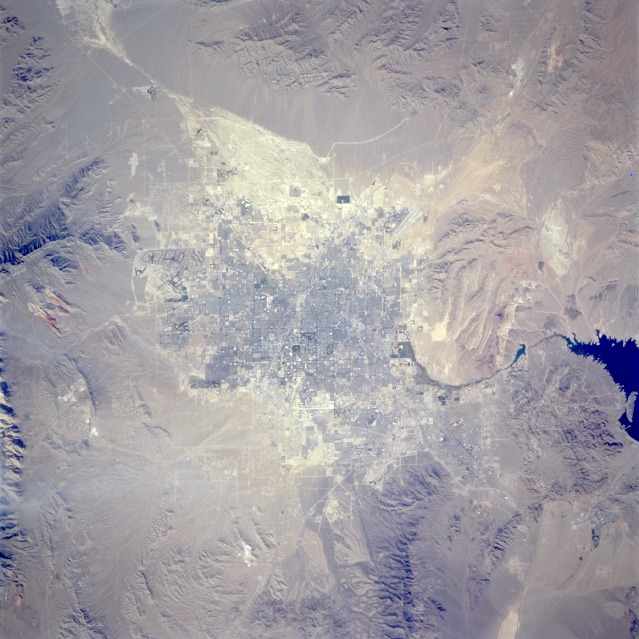 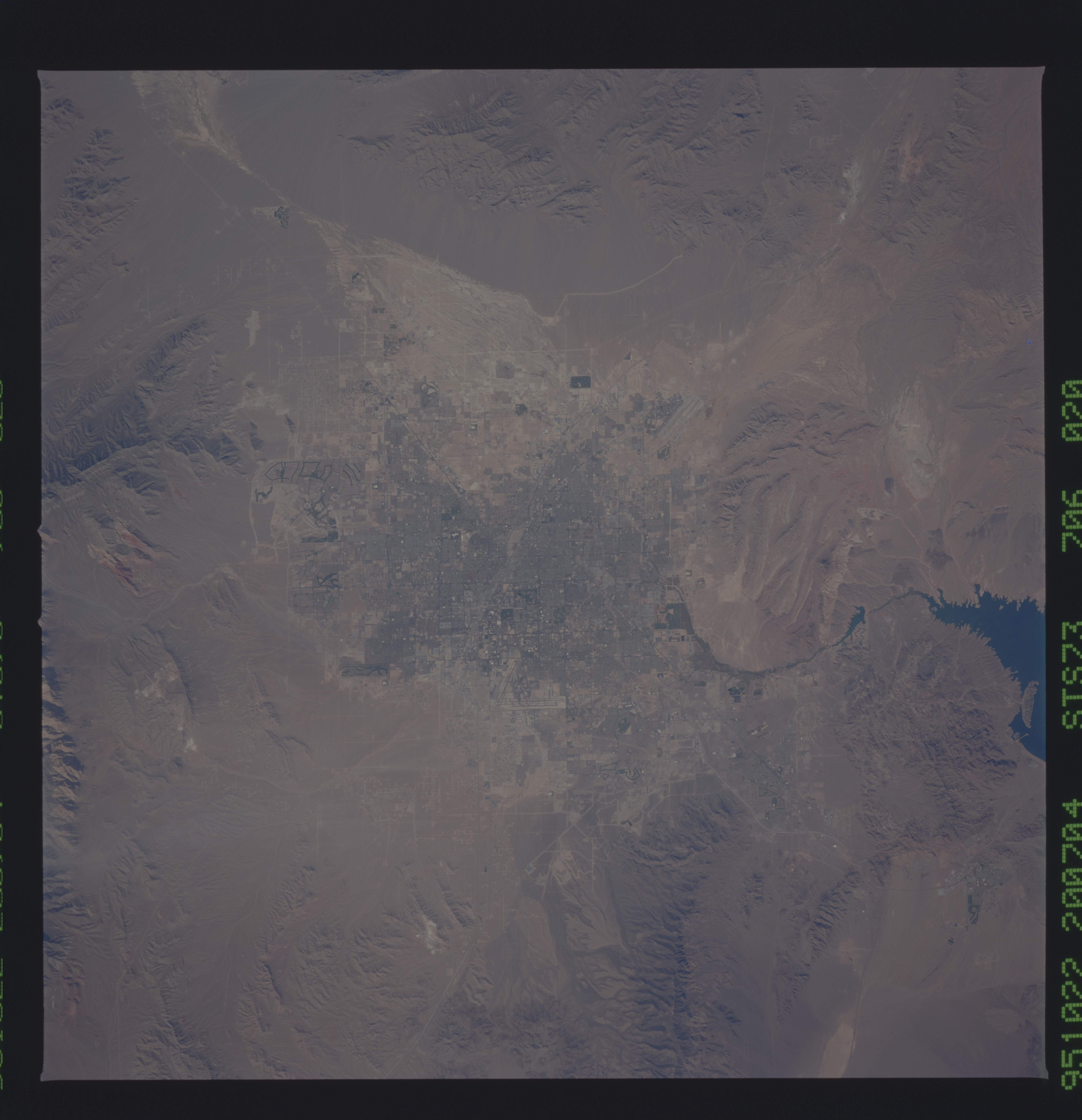 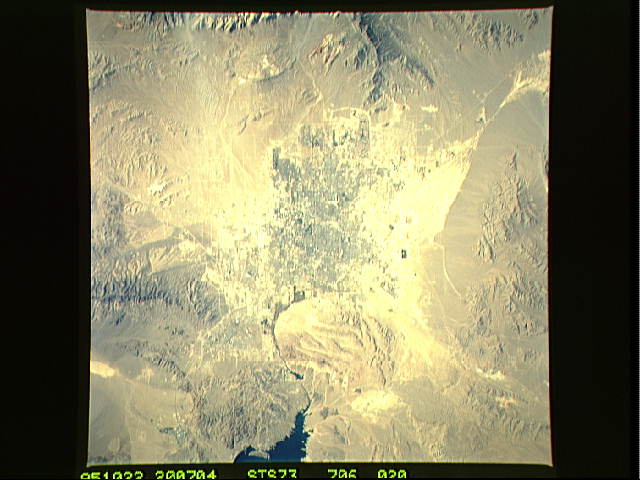 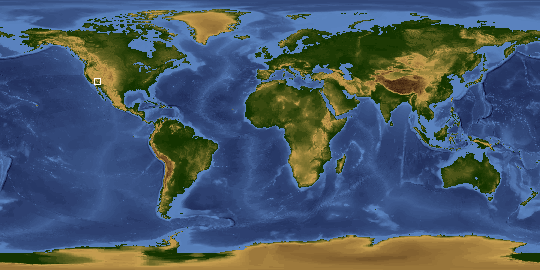 Other options available:
Download Packaged File
Download a Google Earth KML for this Image
View photo footprint information
Download a GeoTIFF for this photo
Image Caption: STS073-706-020 Las Vegas, Nevada, U.S.A. September 1995
Las Vegas, known worldwide for its gambling casinos and its numerous hotels and other recreational features, is seen in this spectacular, near-vertical-looking photograph. The city was built in a small depression within a larger basin that is surrounded by mountain ranges. Major drainage into this basin appears as a white area northwest of the city. During occasional heavy rainfall, downtown Las Vegas is prone to flash flooding; the Strip, where many of the gambling casinos and hotels are located, is especially vulnerable. Viewing clockwise east to west, several features are visible-the blue waters of Lake Mead, the runways of Las Vegas International Airport at the south end of the city, the red cliffs of Red Rock Canyon, and residential expansion west and northwest of the city. Las Vegas has grown rapidly in the last three decades as a result of increased tourism and the influx of population from California and other states.