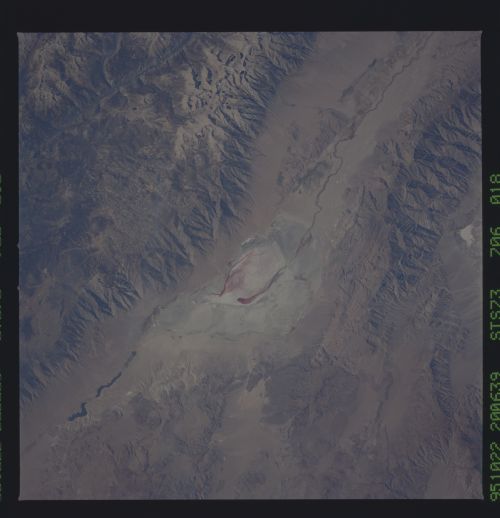 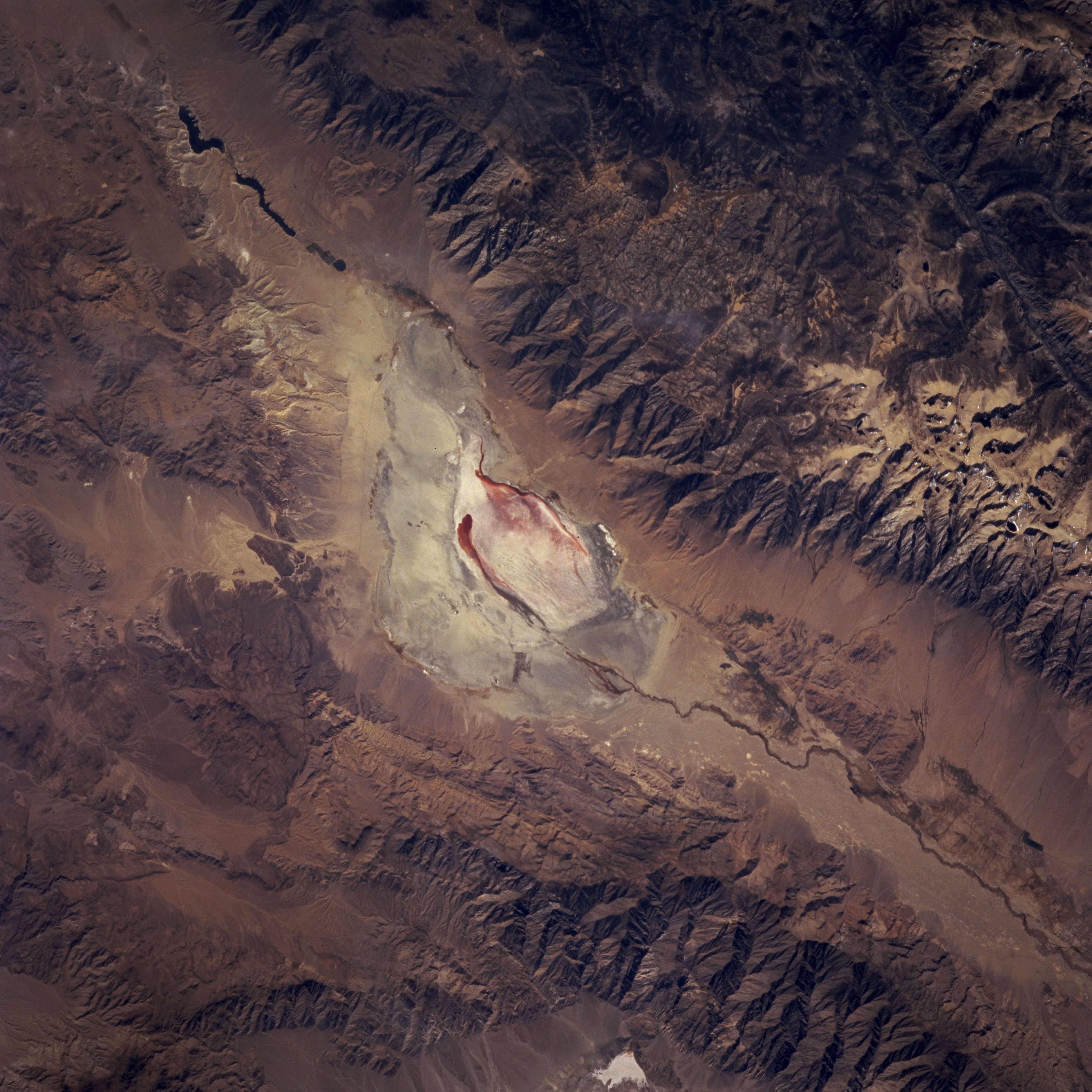 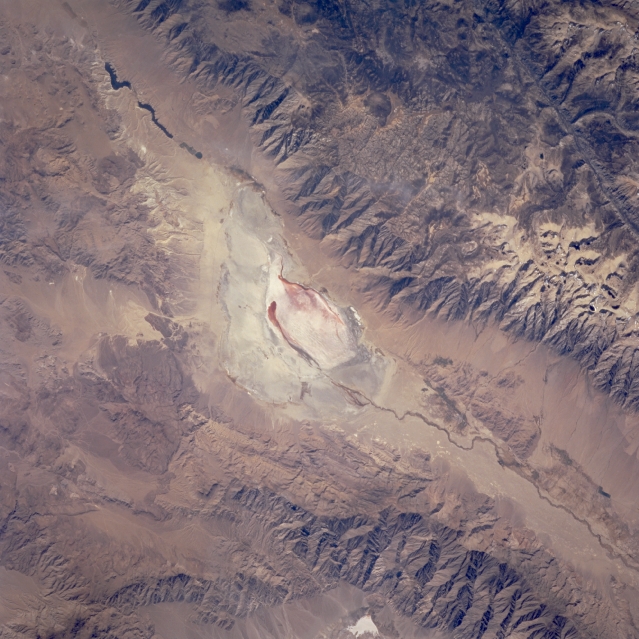 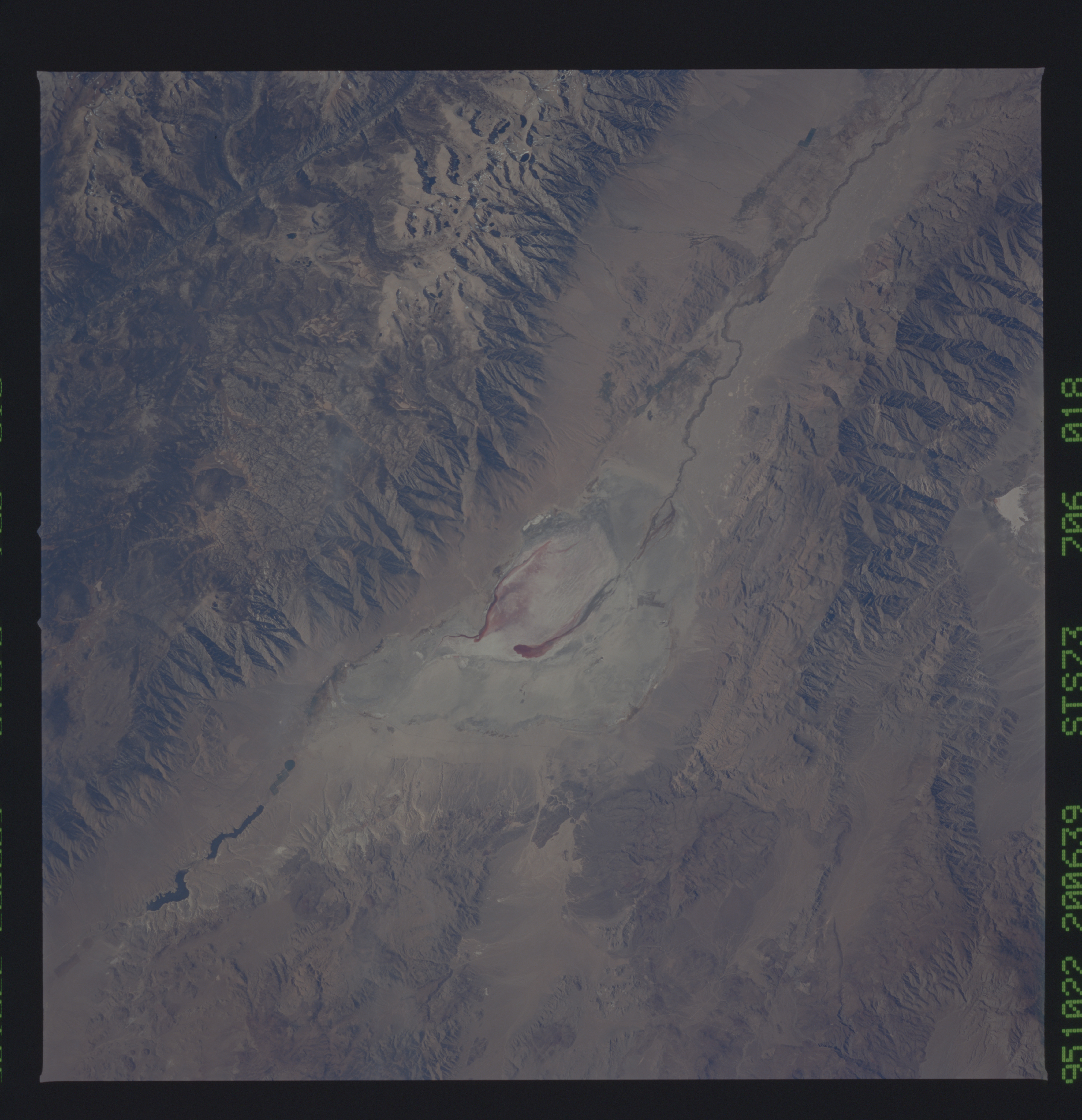 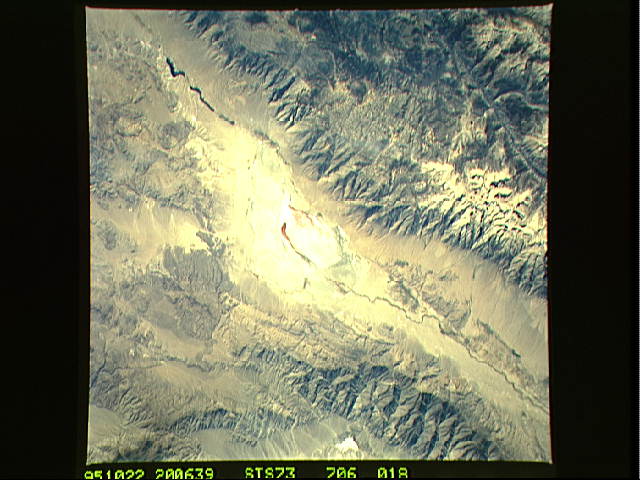 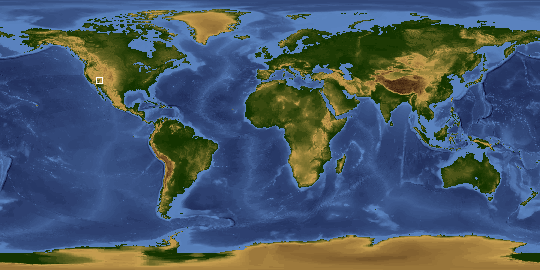 Other options available:
Download Packaged File
Download a Google Earth KML for this Image
View photo footprint information
Download a GeoTIFF for this photo
Image Caption: STS073-706-18 Owens Lake and Owens River Valley, California, U.S.A. September 1995
The Owens River Valley, part of a fault system that forms the eastern border of the Sierra Nevada Mountains, lies between the more massive Sierra Nevada Mountains to the west and less formidable Inyo Mountain Range to the east. Owens Lake, a large dry lake receiving less than 6 inches (15 centimeters) of precipitation annually, is visible near the center of the photograph. Deprived of its feeder streams in 1913 by the Los Angeles Department of Water and Power, Owens Lake was drained within several years. In 1941 the Los Angeles Department of Water and Power began to divert water from Mono Lake to meet the needs of the growing population of Los Angeles. During the following 50 years the lake level dropped 45 feet. Rings encircling Mono Lake give testament to higher water levels. In September 1994 the California Water Resources Board, due to concerns raised by conservationists, ruled that the diversion of water from Mono Lake must be stopped. It has been mandated that the Mono Lake level should be allowed to rise to 6,391 feet, a level that some experts estimate will take 20 years to attain. The dark, linear feature in the upper right corner is part of the Kern River Valley. Mount Whitney, the highest peak [14 491 feet (4417 meters)] within the 48 contiguous states, lies northwest of Owens Lake in the Sierra Nevada Mountains.