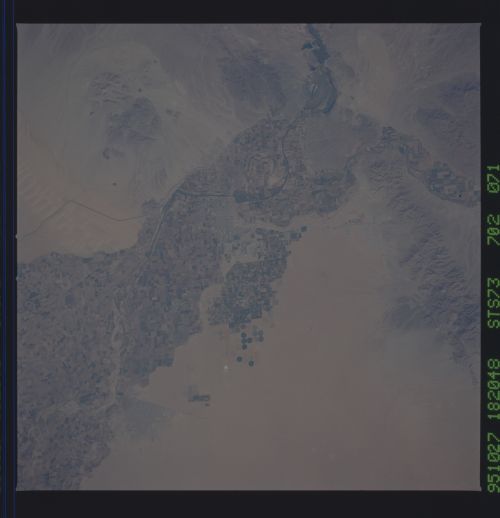 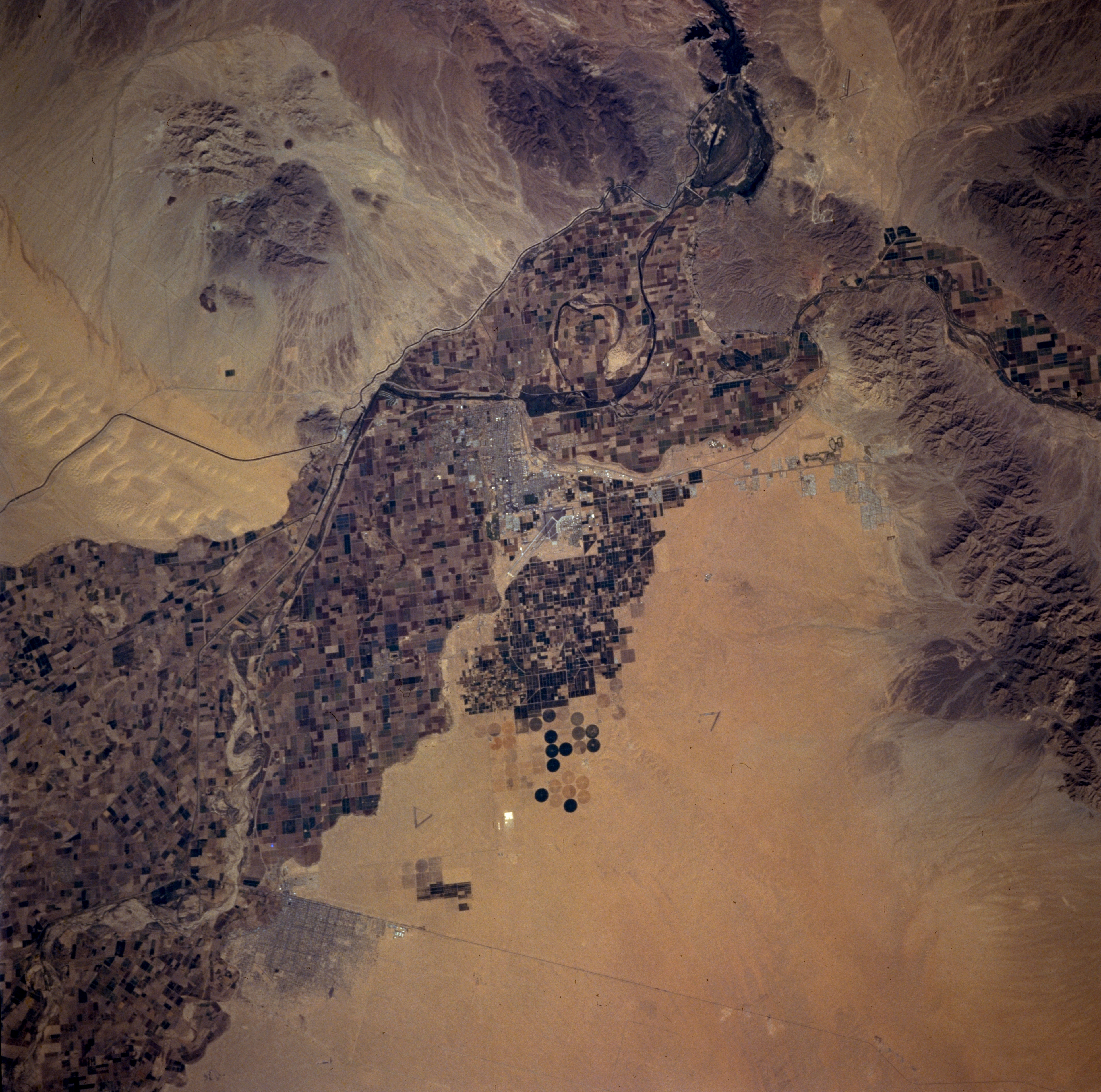 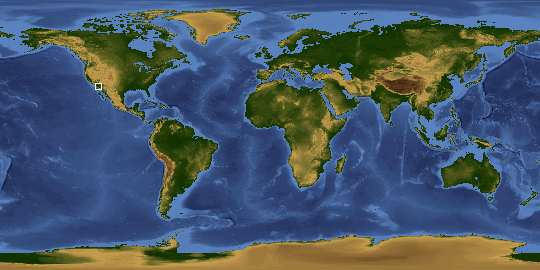 Other options available:
Download Packaged File
Download a Google Earth KML for this Image
View photo footprint information
Image Caption: STS073-702-071 Yuma Area, Arizona, U.S.A. October 1995
Some street patterns of Yuma are visible near the center of this near-vertical photograph. The northeast-southwest-oriented runway of Yuma International Airport can be seen immediately southeast of the city. Farther east, the Gila Mountains obstruct the Gila River, forcing it to detour to the north before it merges with the Colorado River on the outskirts of Yuma. The All American Canal, which carries water from the Colorado River to parts of the Imperial Valley in southern California, appears as a dark line that crosses the southern end of the Sand Hills. Cultivated field patterns cover the landscape where adequate irrigation water is available, and a few circular field patterns south of Yuma indicate the use of center-pivot irrigation. The Mexican desert town of San Luis is visible near the lower left edge of the photograph, and the U.S.-Mexico border can be traced eastward through the desert.