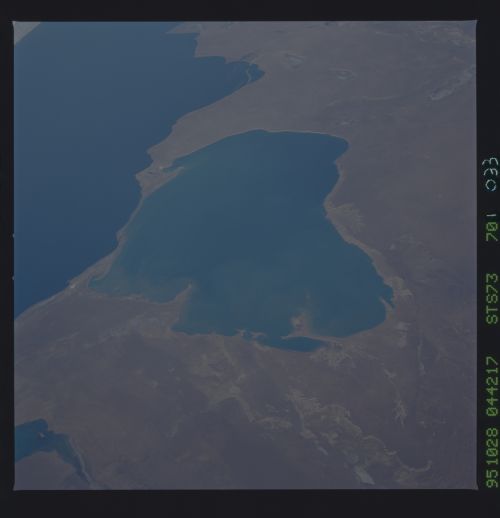 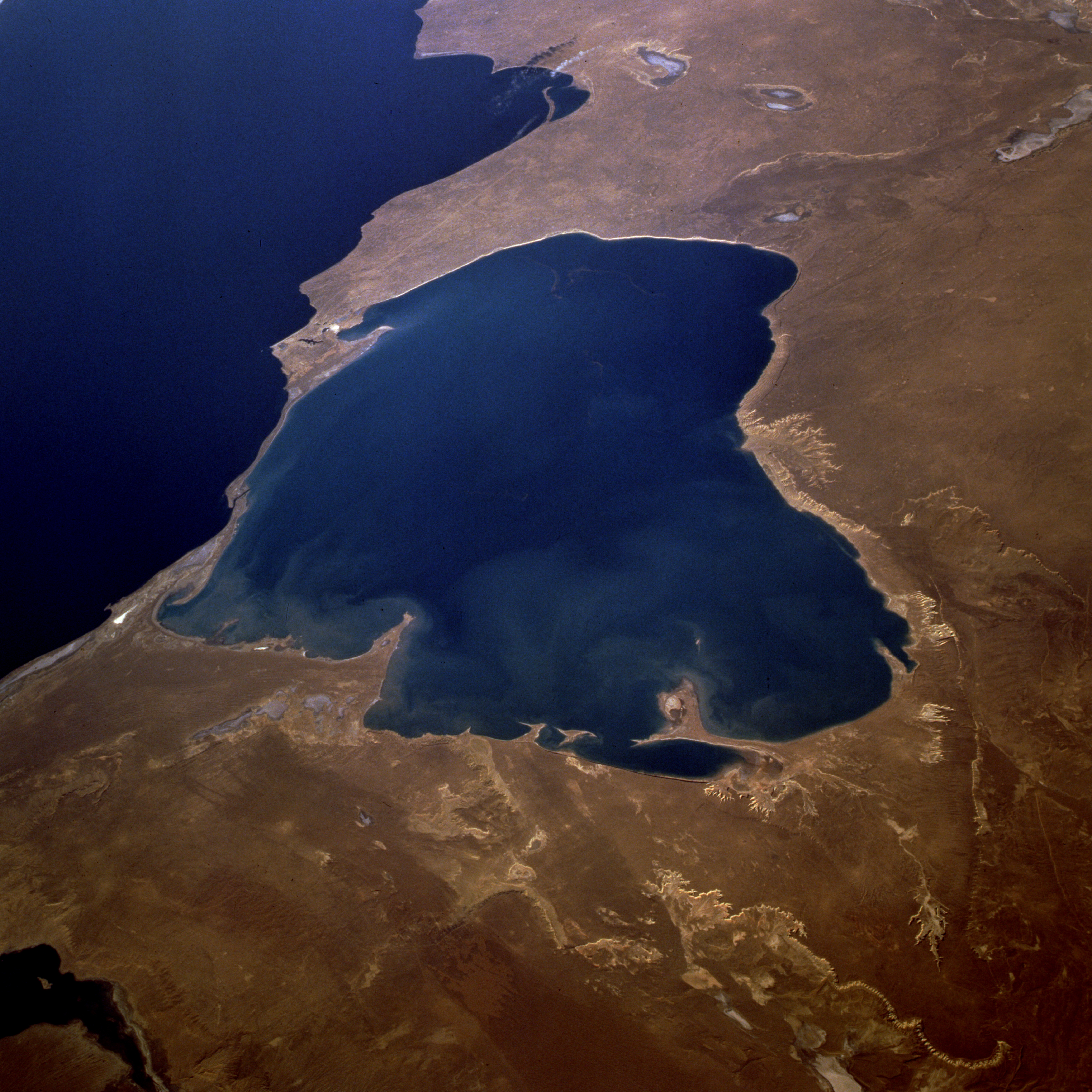 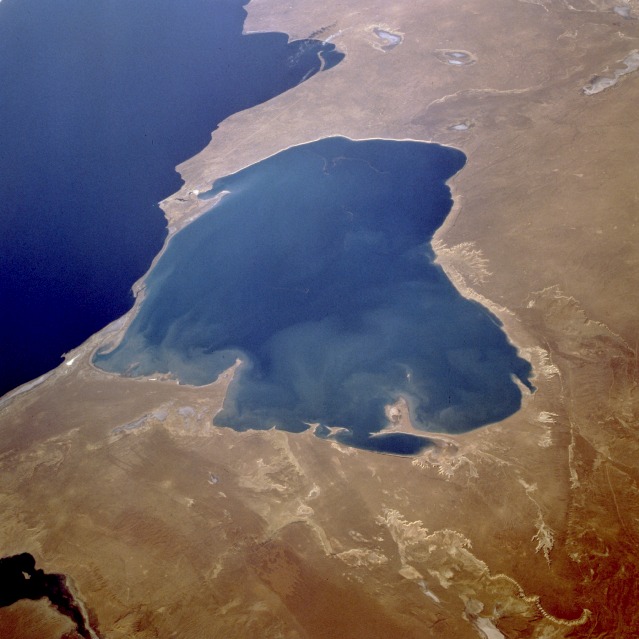 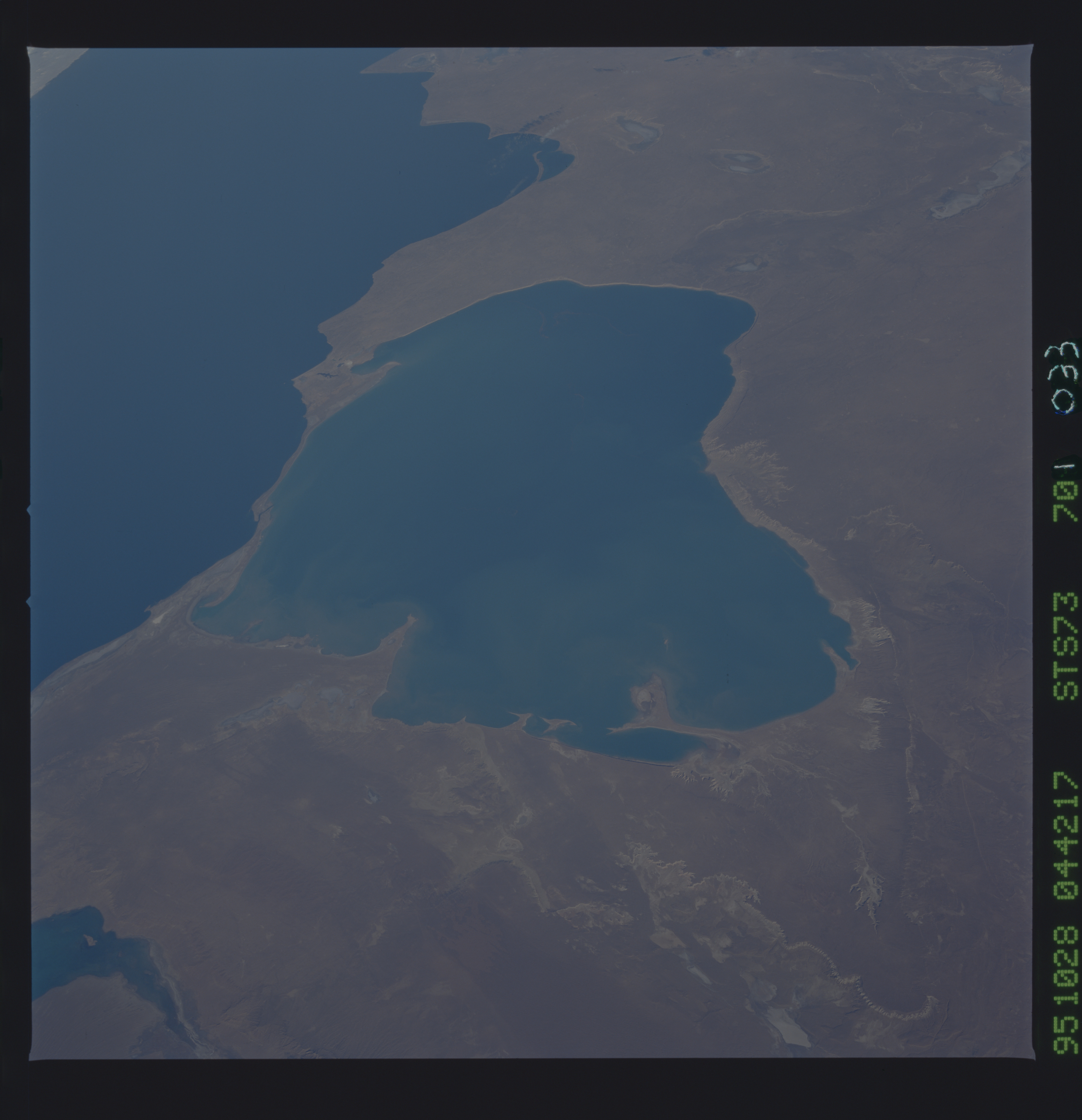 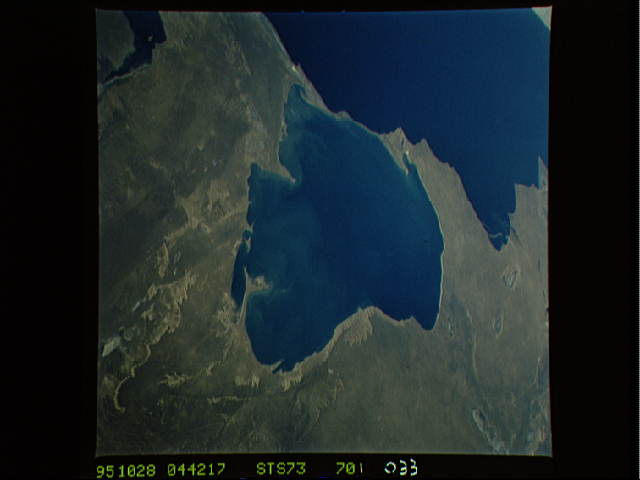 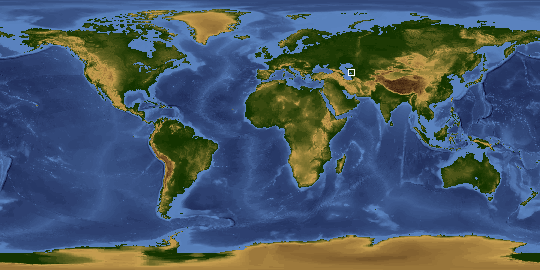 Other options available:
Download Packaged File
Download a Google Earth KML for this Image
View photo footprint information
Download a GeoTIFF for this photo
Image Caption: STS073-701-033 Kara-Bogaz Gol and Caspian Sea, Turkmenistan September 1995
An arm of the Caspian Sea (dark blue body of water) and a natural evaporation basin, the lighter blue, water-filled Kara-Bogaz Gol can be seen in this northwest-looking, low-oblique photograph. Because water levels in the Caspian Sea are higher than those in the basin, water flows into the evaporation basin through a dike built in 1979 across the narrow strip of land separating the two bodies of water, and salts are deposited along the basin's shoreline. The elevations of both bodies of water are below sea level, but normally the Caspian Sea is about 10 feet (3 meters) higher than Kara-Bogaz Gol; in the 1980s, however, the water level of the Caspian Sea was approximately the same or slightly lower than that of Kara-Bogaz Gol, causing a lower water level in the basin. Visible in the photograph are a small portion of Krasnovodskiy Bay to the southwest, Kazakhskiy Bay to the northwest, and the western portion of the rugged Ust-Yurt Plateau that extends along the northeast side of Kara-Bogaz Gol. (Refer to photograph STS-51F-040-0064 taken 10 years earlier, which shows very little water in Kara-Bogaz Gol.)